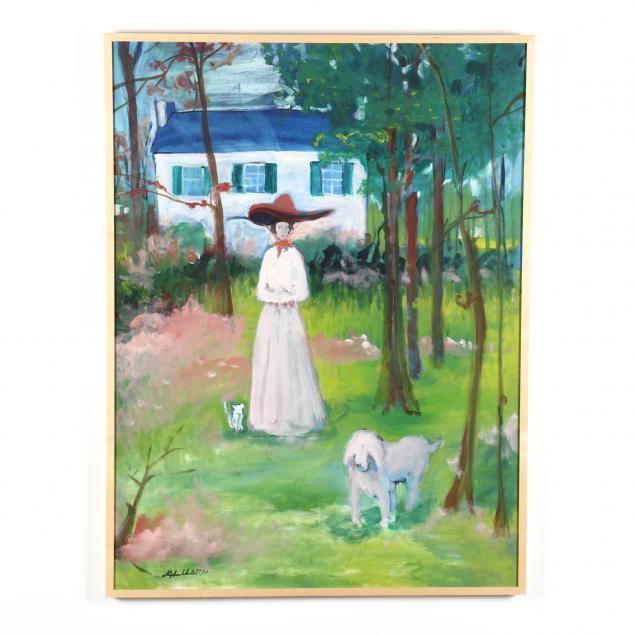 This particular painting is a student work by Stephen White, completed during his graduate studies in the Art Department at the University of North Carolina at Chapel Hill. Stephen White and William Ivey Long were classmates at UNC, and White completed this painting for Long, as well as several other paintings that are offered here at auction. The subjects of this painting are a fictional woman and her dog outside the Mickel-Mangum-Smith House, previously owned by Betty Smith, author of A Tree Grows in Brooklyn. Long lived at the Mickel-Mangum-Smith House while he was a student at UNC. 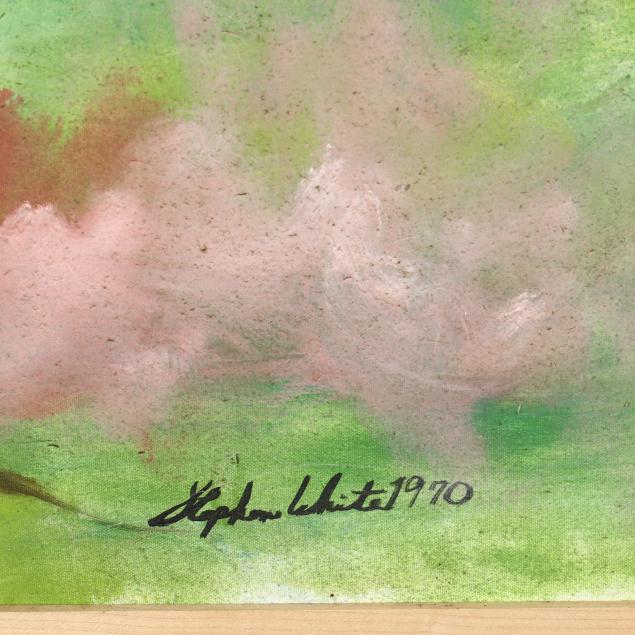 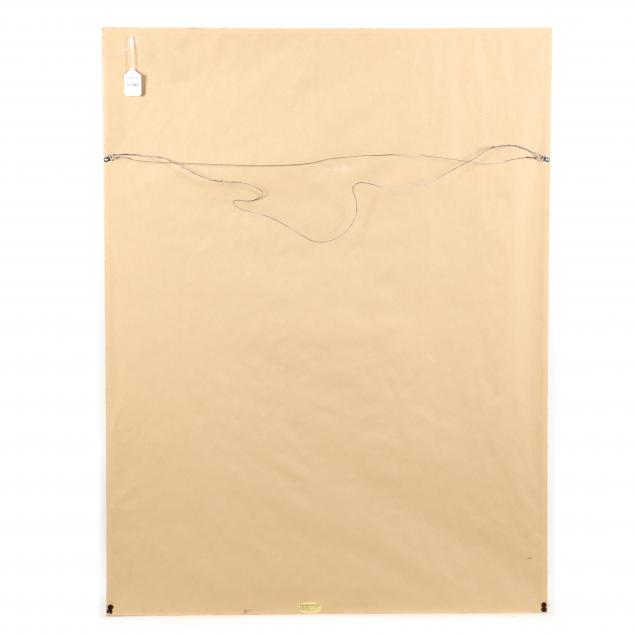