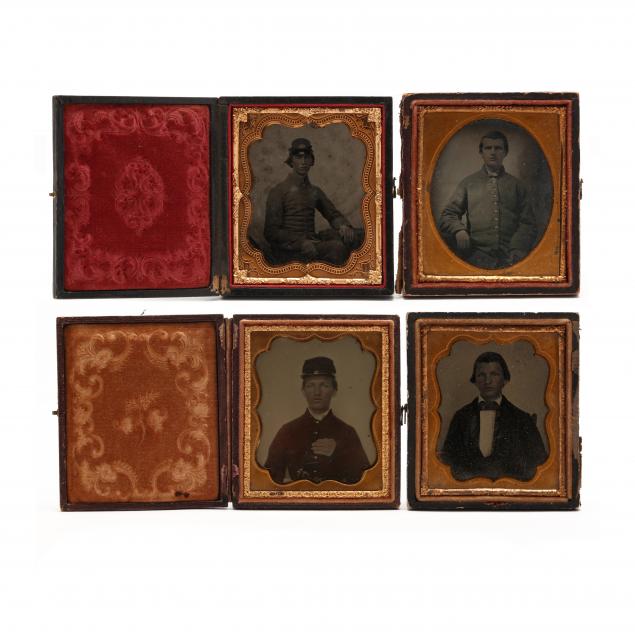 Lot 231
Four Civil War Images from the John Favor Family, Fayetteville, Georgia
Lot Details & Additional Photographs
Being cased sixth plate ambrotypes; three of the images are accompanied by modern slips of paper, each naming the sitter as a son of "Old John," while the fourth portrait is unknown; the images are as follows: the first being "Glenn Favor," seated and wearing a Confederate gray, eight-button frock coat, the plate in a half-case lacking its lid; the second showing "John Favor," seated, armed with a revolver, and wearing a kepi over a russet-tinted shell jacket that likely sports Georgia Military Institute buttons, these having been examined under 10x magnification and appearing to carry the GMI dome and pillars device, the note with this ambrotype also states that John was "...killed at Cold Harbor, Virginia 1864," which is verified by his record of service in "A" Co. Georgia 12th Battalion Light Artillery; the third photograph shows "Paul Favor," a very young fellow in civilian clothing, its accompanying note states he was a "Doctor, Georgia Militia Civil War," while he also appears to have been a second lieutenant at the Georgia Military Institute; the final image shows a seated soldier wearing a gray nine-button frock coat and a kepi with an unidentified device on its crown, its slip of paper reading, "Don't know." We are presenting these ambrotypes with the notes they had upon receipt, but we cannot guarantee that these identifiers have not migrated from case to case over the years.

The images are sharp with good contrasts and surfaces; this is a really fine family grouping of the sort that rarely materializes in the marketplace. 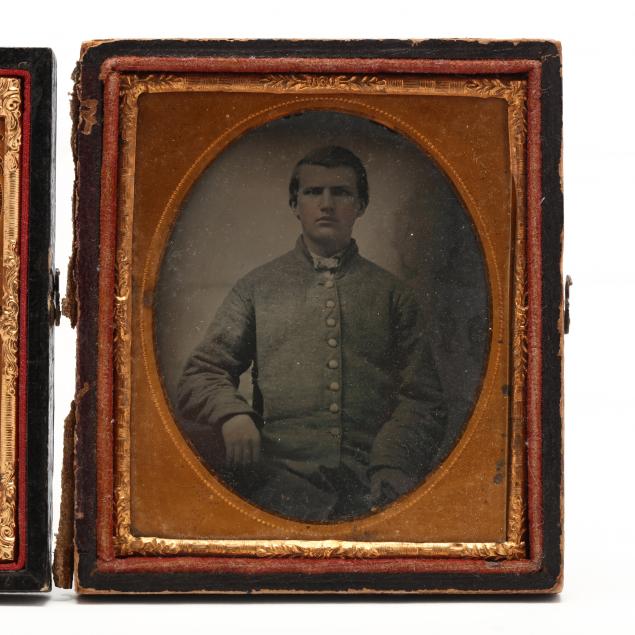 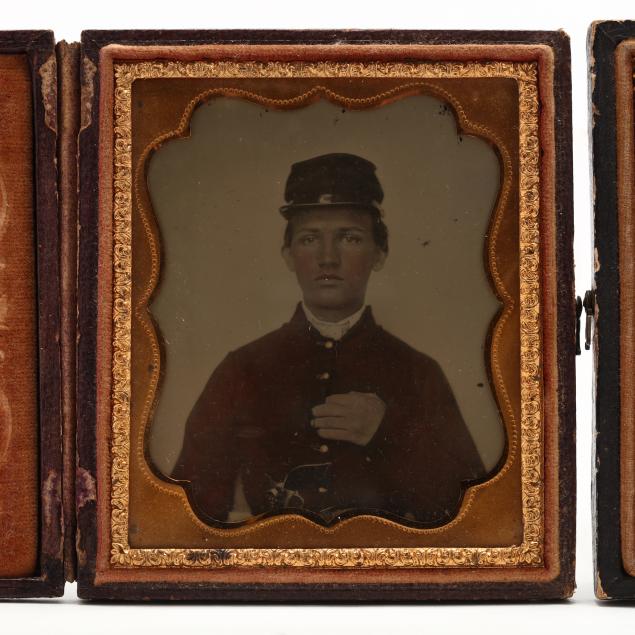 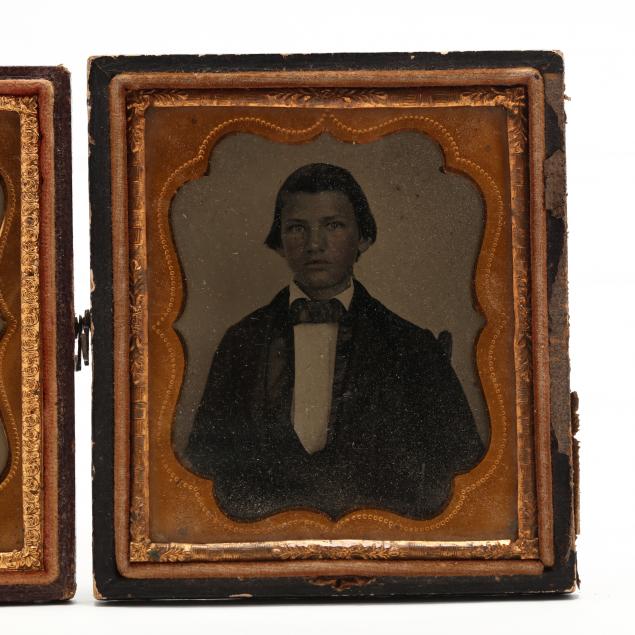 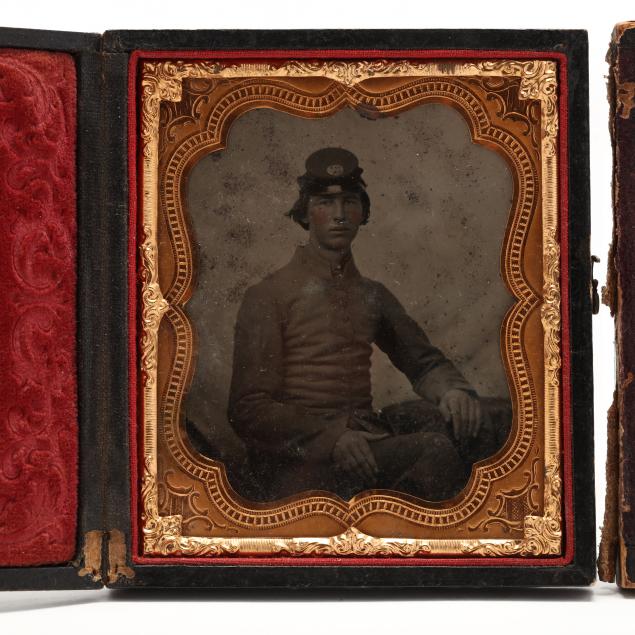 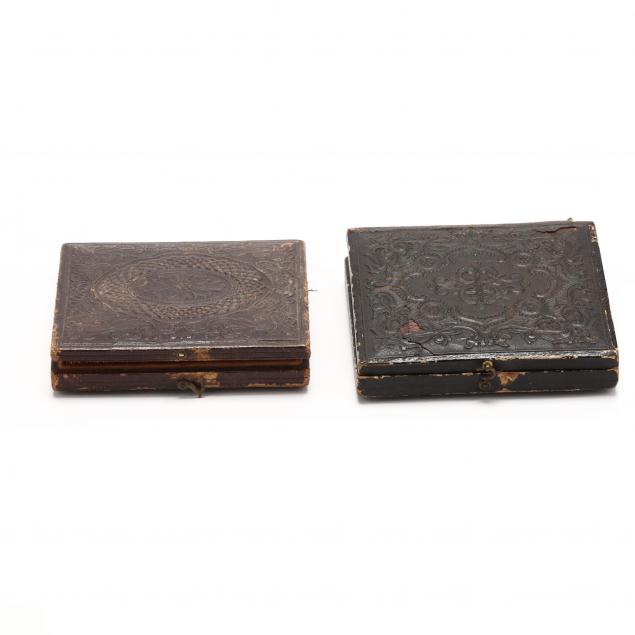 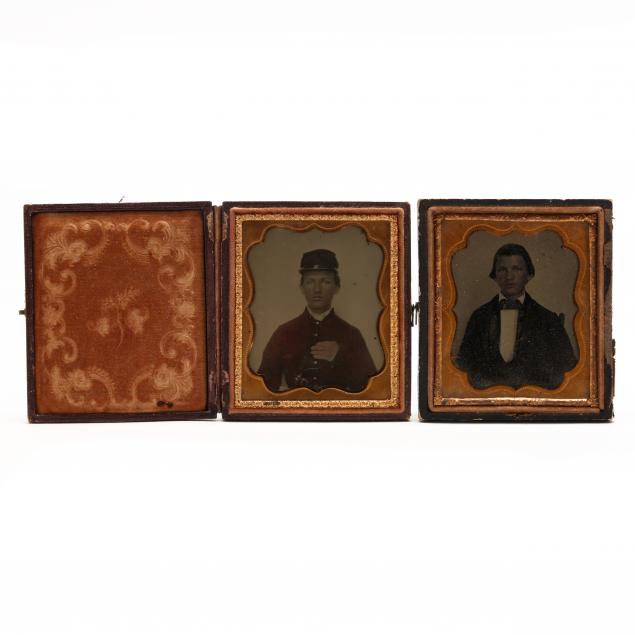 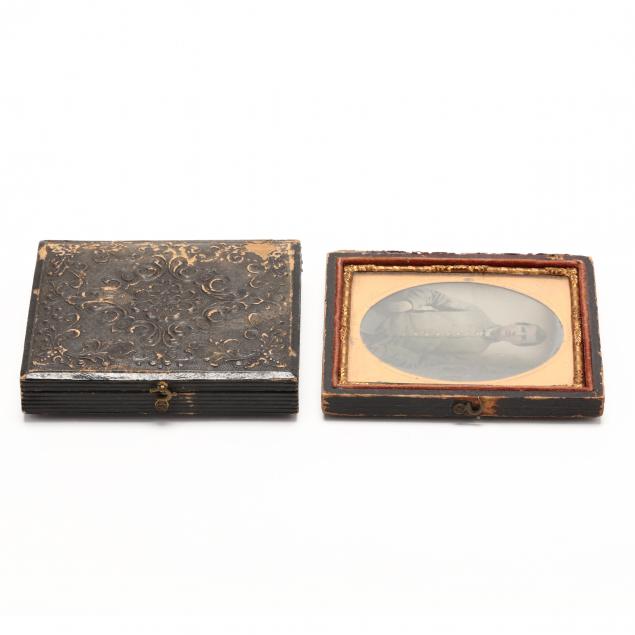 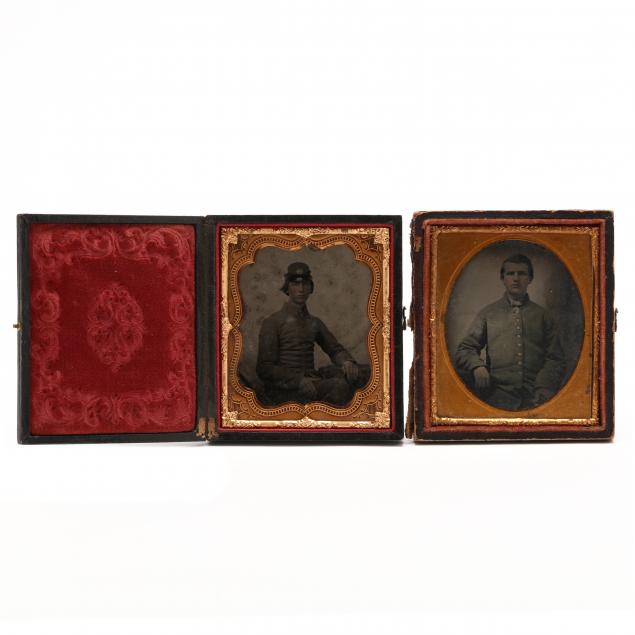