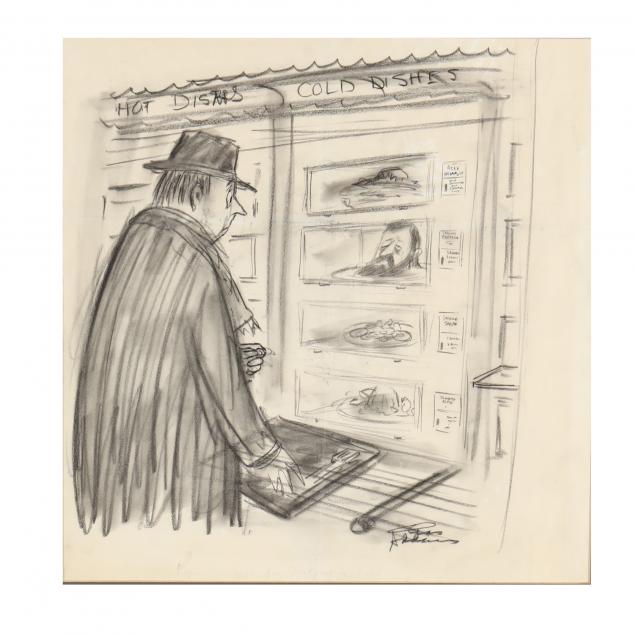 According to the Tee & Charles Addams Foundation, this was a preliminary study for a KVP Sutherland advertising project. Addams saved all his preliminary work for the basis of possible future alterations. At an unknown date, Addams re-worked this sketch into a pen, ink and wash version featuring Uncle Fester of the Addams Family in order to sell it to The New Yorker or include it in one of his books, likely My Crowd or Favorite Haunts. The final illustration was not published until 2007 when it was used in the Chas Addams Half-Baked Cookbook (Simon & Schuster). It was also included in the foundation's 2010 exhibition at the Museum of the City of New York. The final drawing was published alongside a March 2010 article in The New York Times about the exhibition.

This preliminary sketch is included in the artist's catalogue raisonné project.

Some toning, creasing and minor smudging to sheet. Not examined out of the frame. 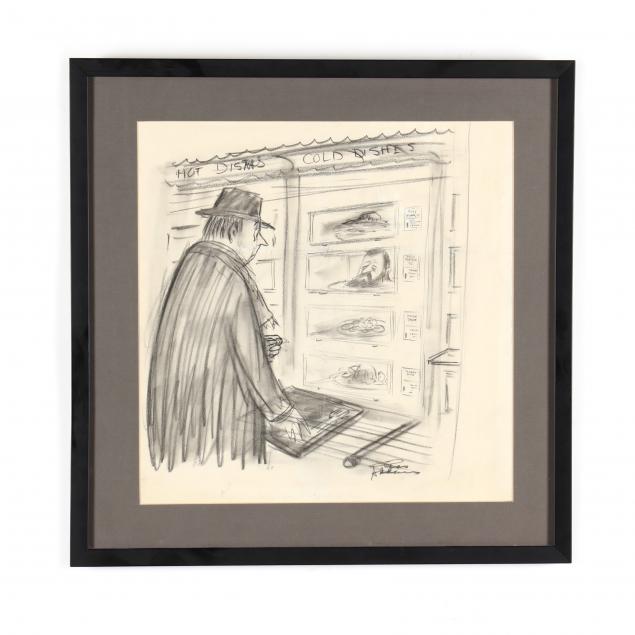 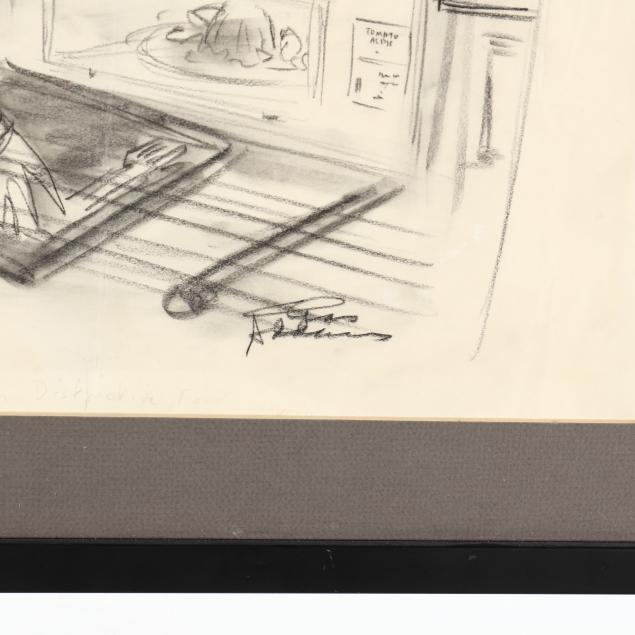 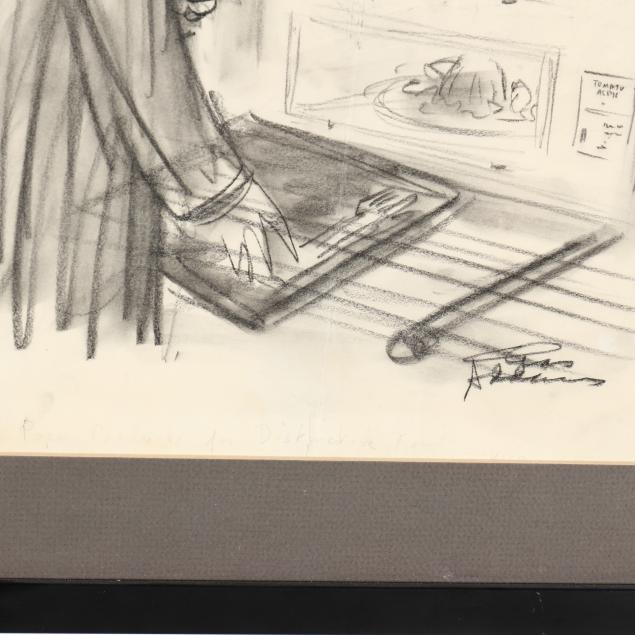 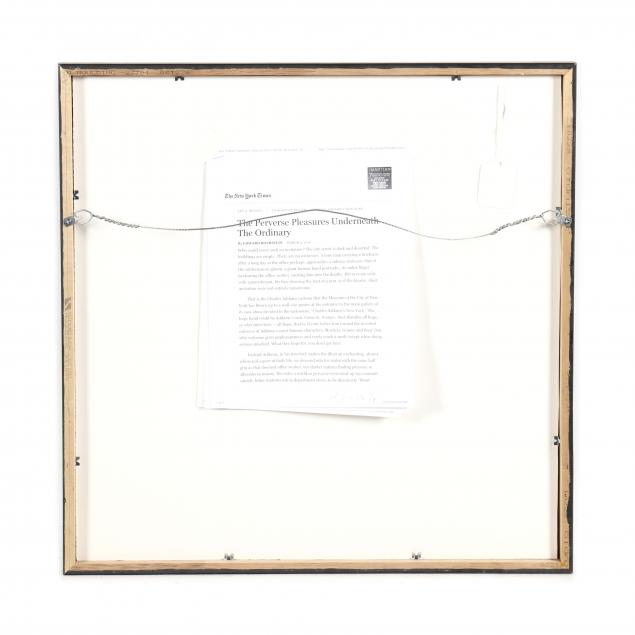 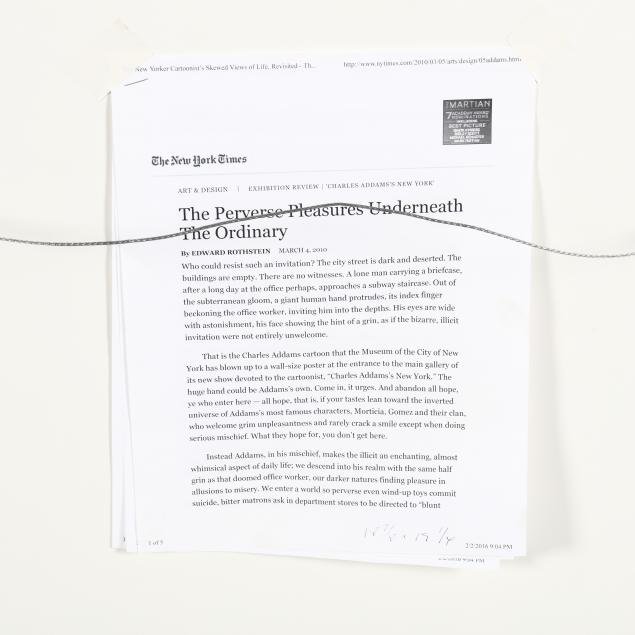