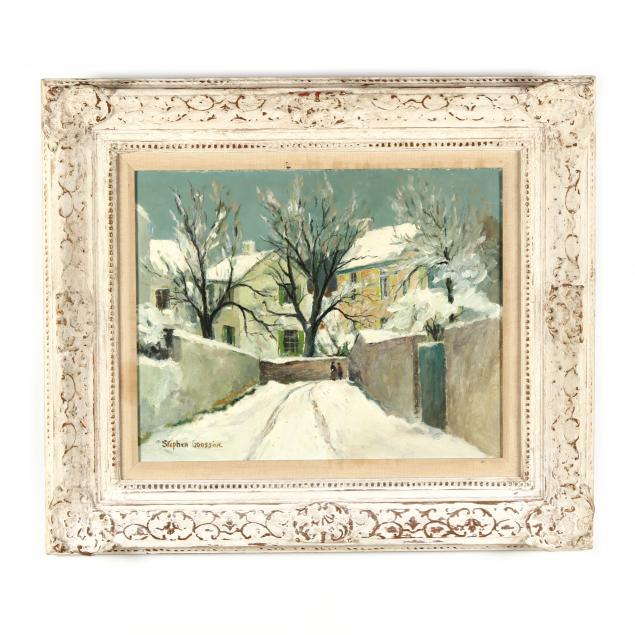 Stephen Goosson began his professional career as an architect in Detroit, Michigan. However, he soon moved to Hollywood to work as an art director with such talent as Lewis J. Selznick, Mary Pickford, and Cecille B. DeMille. He was nominated five times for the Academy Award and is credited as art director for over thirteen hundred motion pictures.

His interest in painting started in 1945, while still working in Hollywood. He devoted himself fully to painting in 1963. The present painting recalls work by Maurice Utrillo and other members of the School of Paris. 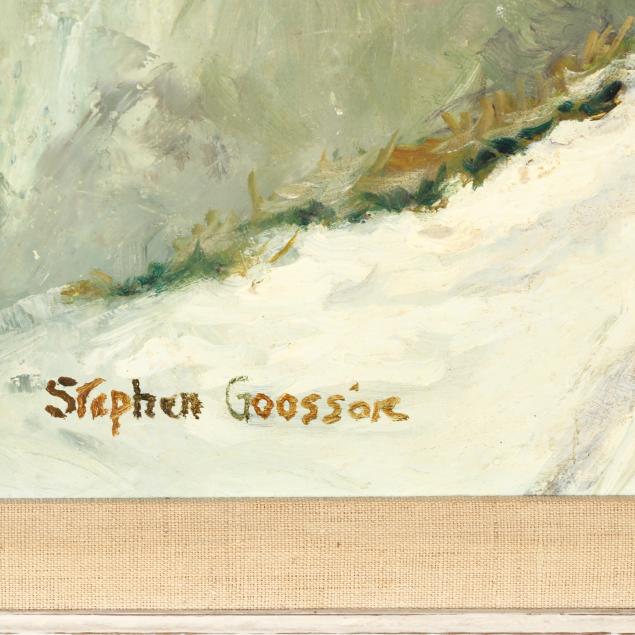 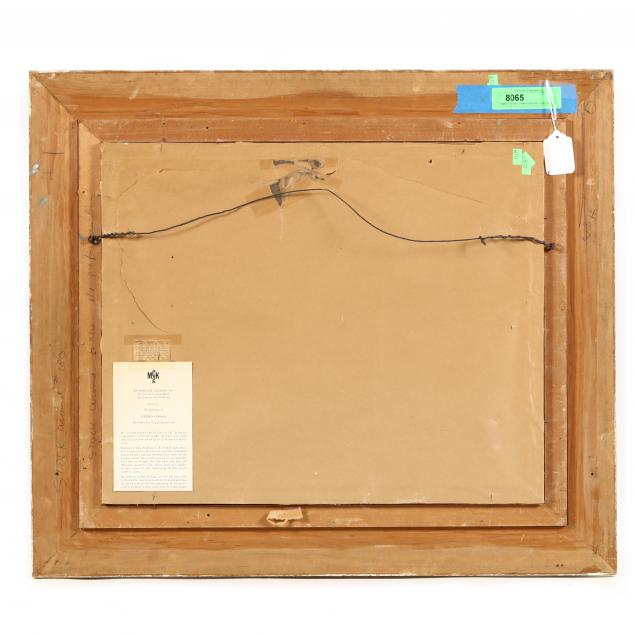 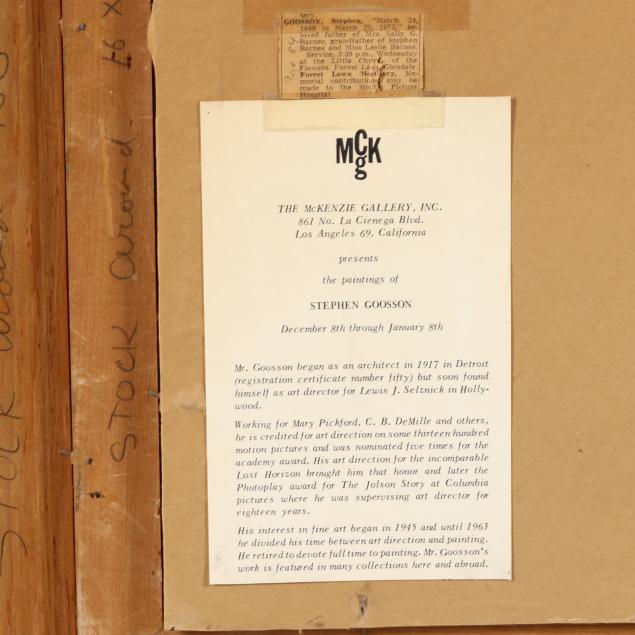