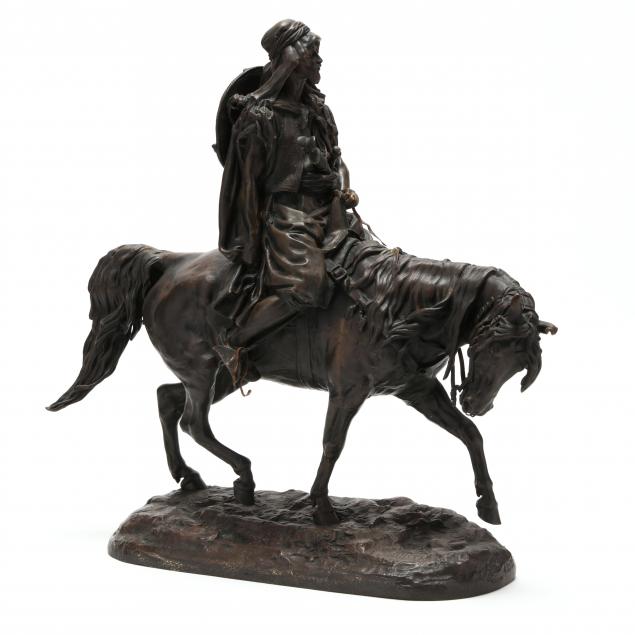 Lot 268
Evgeni Alexandrovich Lanceray (Russian, 1848-1886), An Arab on Horseback
Lot Details & Additional Photographs
Cast by F. Chopin, late 19th century, signed in Cyrillic, with finance ministry stamp, cast as a man on horseback wearing a burnoose and carrying a sword and pistol, on an oval naturalistic base.

Evgeni Lanceray, romanized to Eugene Lanceray, was an exceptionally well known Russian sculptor of the 19th century. He is particularly noted for his strong modeling of horses and interest in Middle Eastern and Russian subjects.

Loss to butt and muzzle of rifle at man's back; breaking and some loss to reins; tail attached but with break at seam; break to one stirrup; minor abrading to one ear of horse; abrading to man's middle finger on pommel. 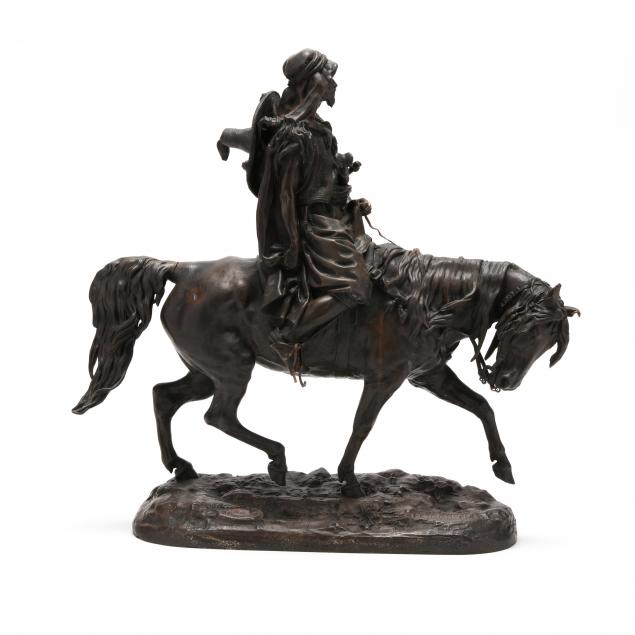 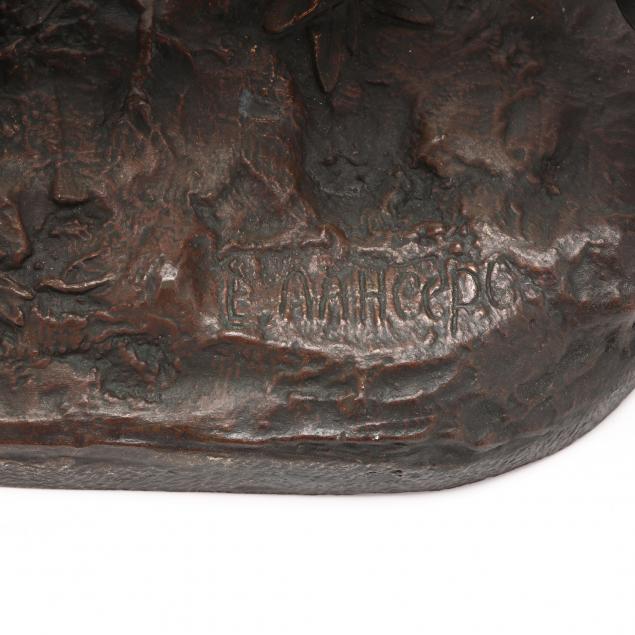 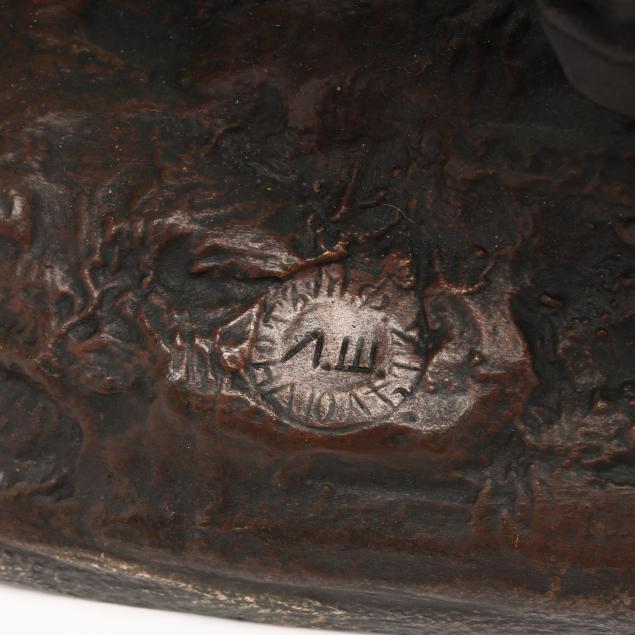 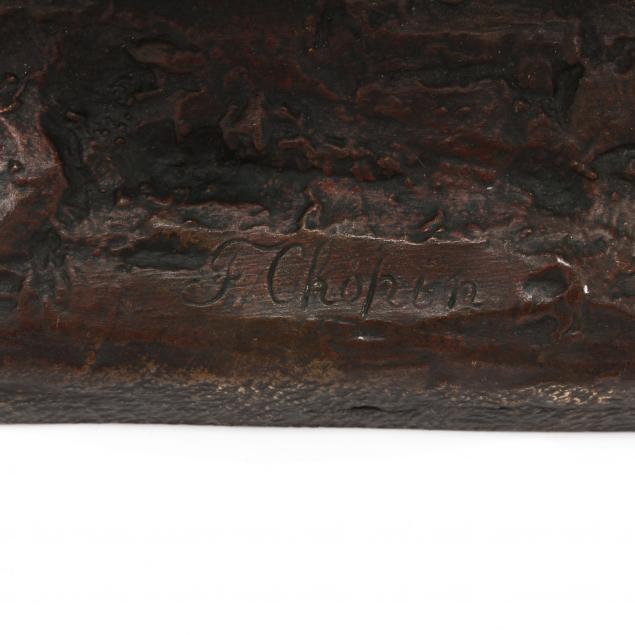 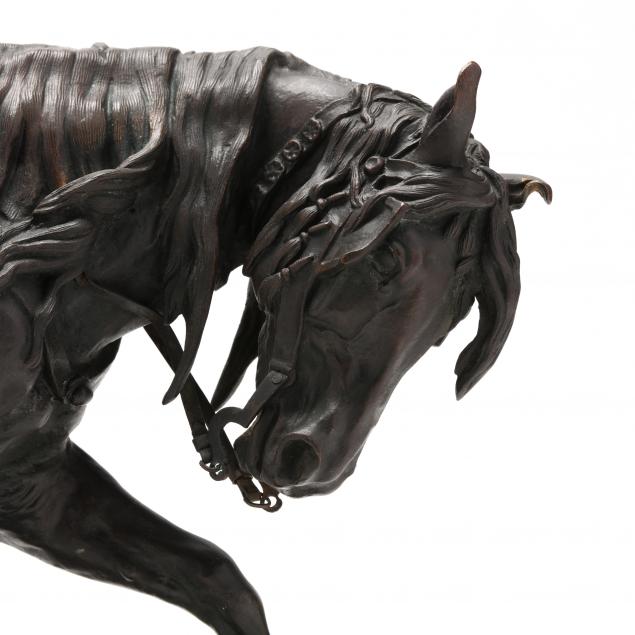 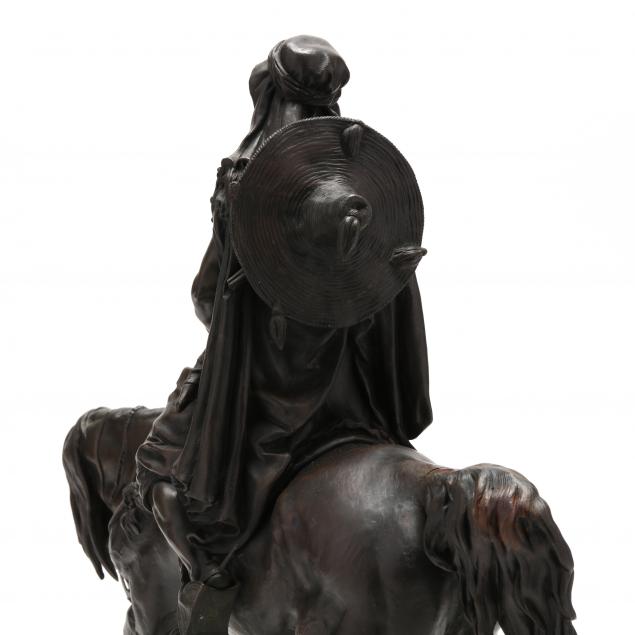 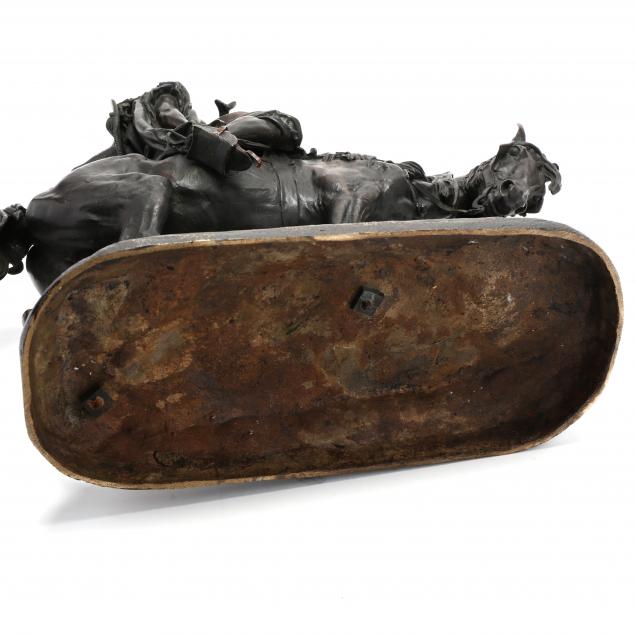