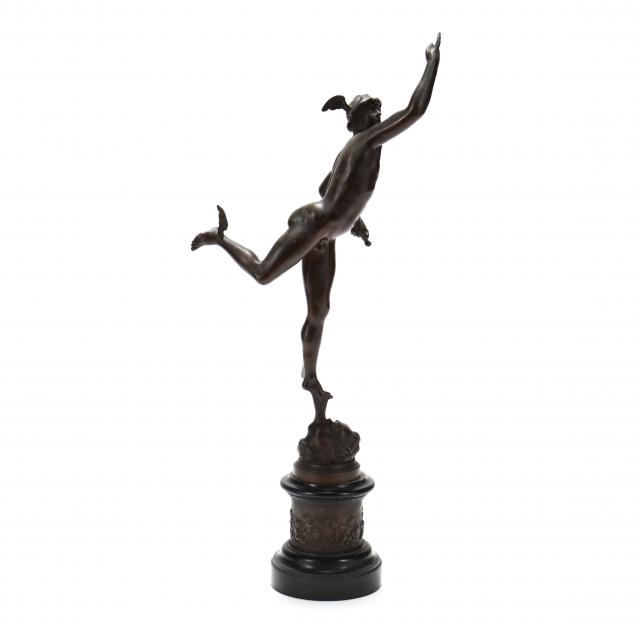 Lot 326
after Giambologna (Flemish/Italian,1529-1608), Bronze Figure of Mercury
Lot Details & Additional Photographs
20th century patinated bronze casting, appears unsigned, Mercury is captured mid flight, balanced upon a personified head of one the the winds or Anemoi, and mounted upon a round black hardstone plinth with bronze relief putti frieze.

Giambologna was originally born in Flanders, but his studies carried him to Italy around 1550. Pope Pius IV gave Giambologna his first major commission, and he went on to be a successful court sculptor for the Medici family. Giambologna's original Mercury was designed as a fountain statue for the Villa Medici in Rome.

Some scratches and rubbing to patina, marks and a few small chips to plinth; loss to Mercury's caduceus attribute. 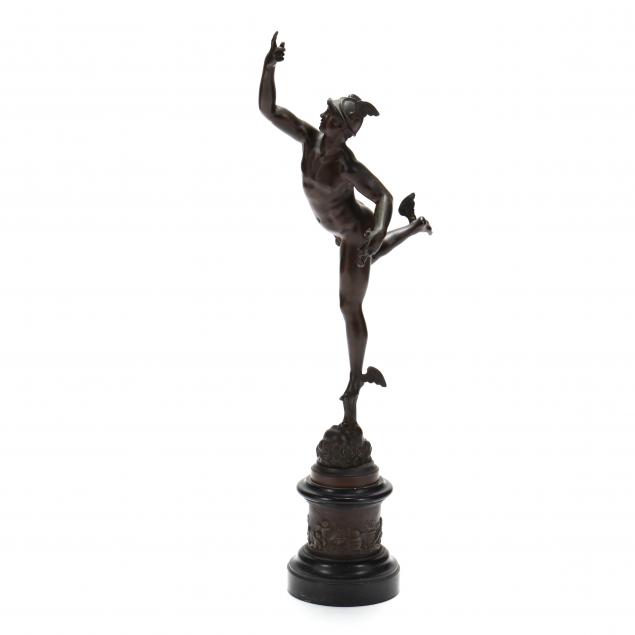 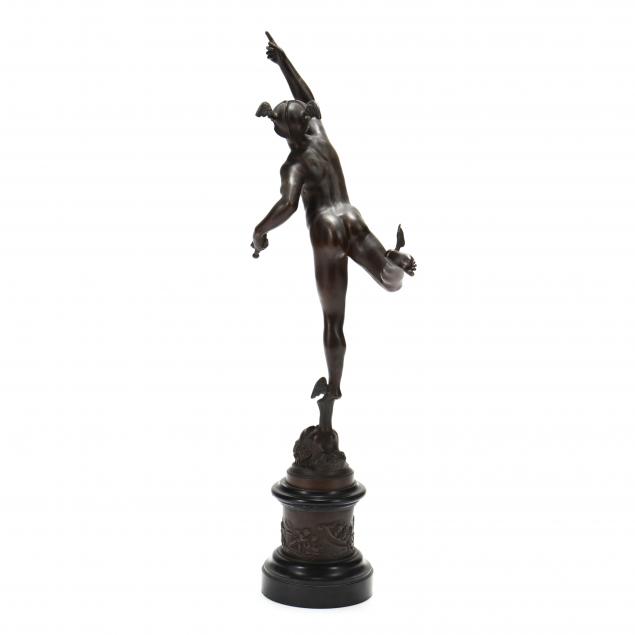 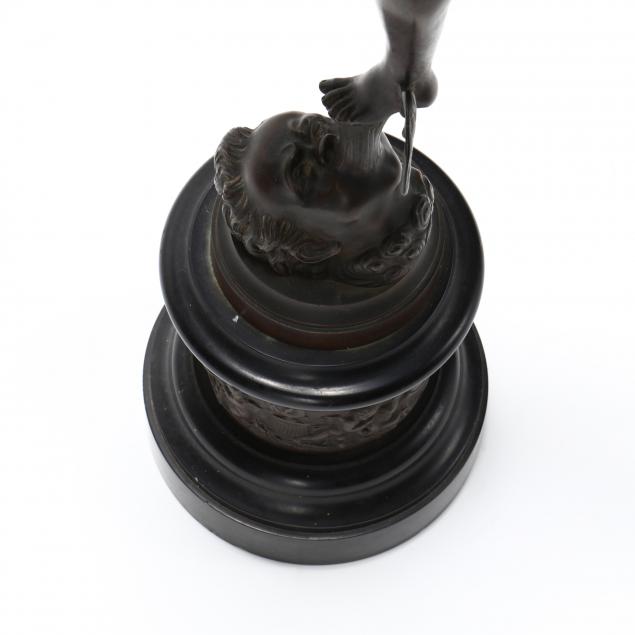 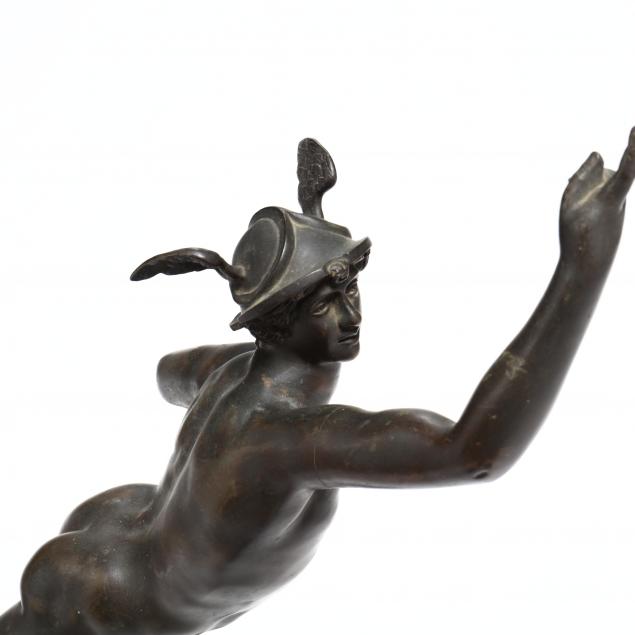