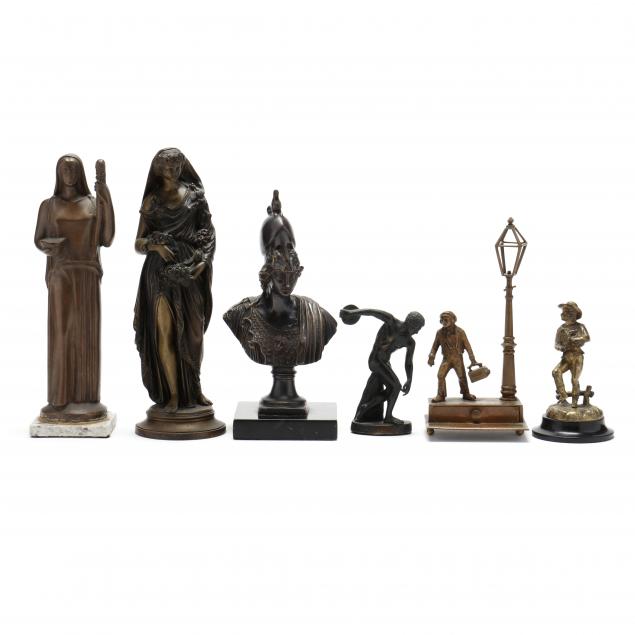 Lot 327
Six Continental Bronze Figures
Lot Details & Additional Photographs
20th century, patinated cast bronze, the first a bust of Athena on a black marble base (HOA 9 1/2 in.) (a few white spots to crevices; small chips to base); the second after Desire Pierre Louis Marie (1761-1863) of a contrapposto Venus holding flowers (11 14 in.) (some rubbing to patina); the third standing female, in Classical robe, mounted to a later white hardstone base (10 3/4 in.) (some visible mounting adhesive and rough edges to hardstone); the fourth of the Discobolus (5 in.) (hairline to right shoulder); the fifth of a young urban Englishman, on a brick lined street with lamp post, on a rectangular base with single drawer (8 3/8 in.); the sixth of a young rural Englishman, on a black hardstone plinth (5 1/4 in.) (loose mounting, and some chipping to stone).

From the Collection of Phil Meilman, Arlington, Virginia 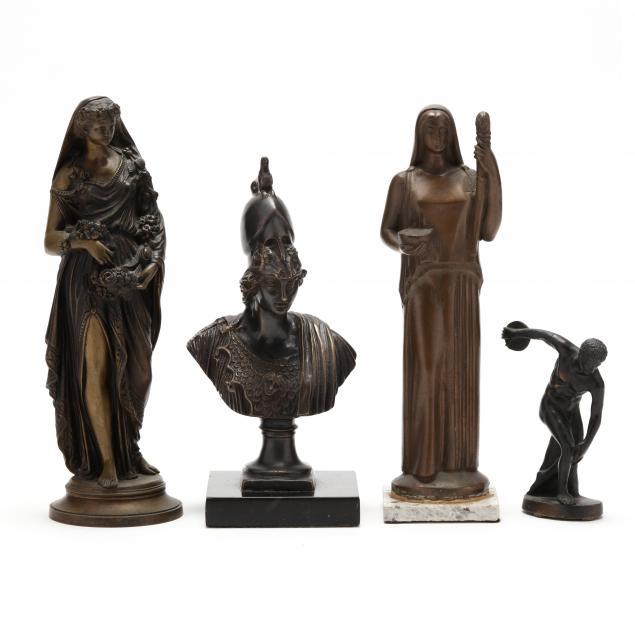 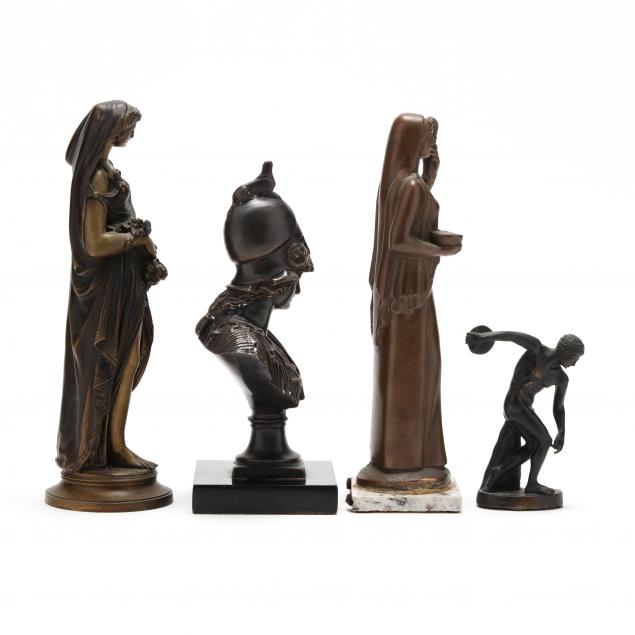 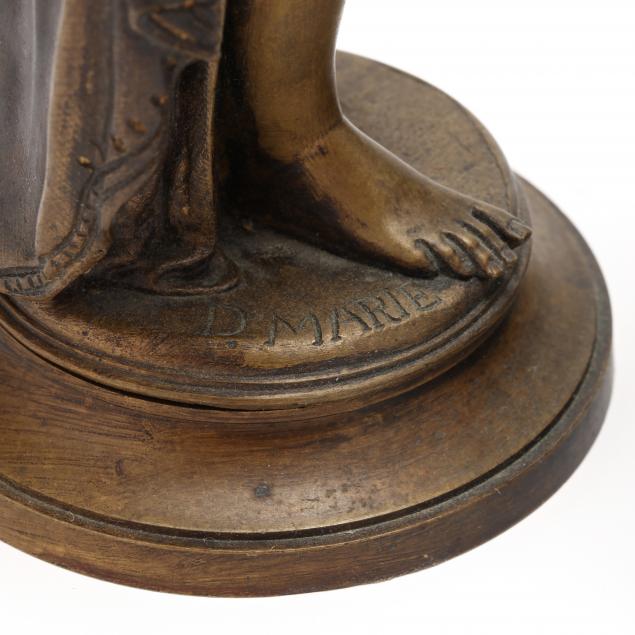 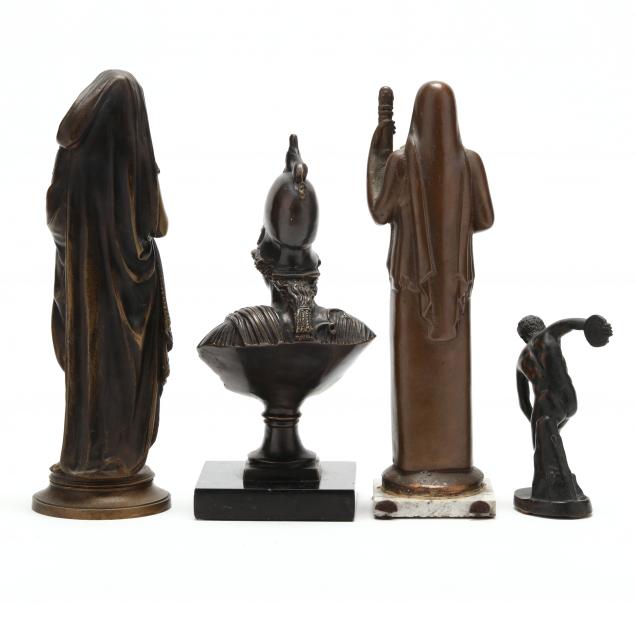 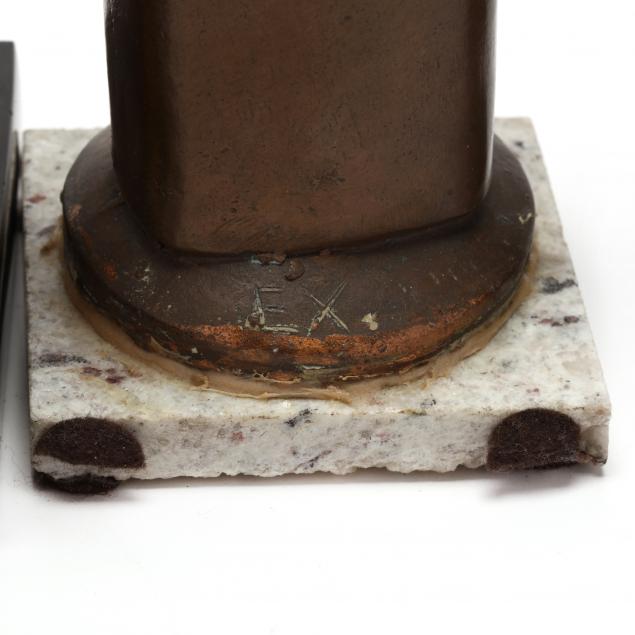 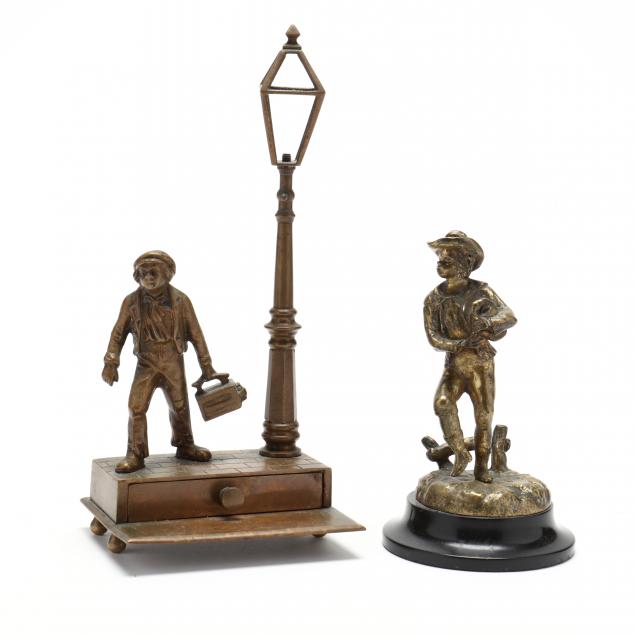 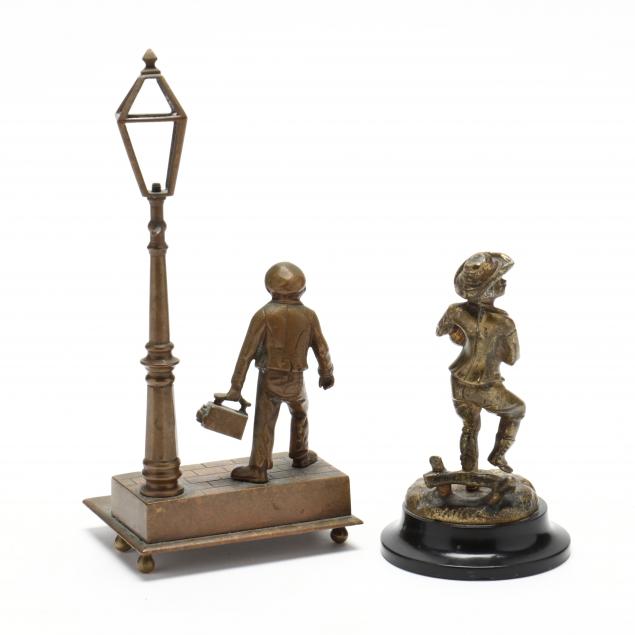 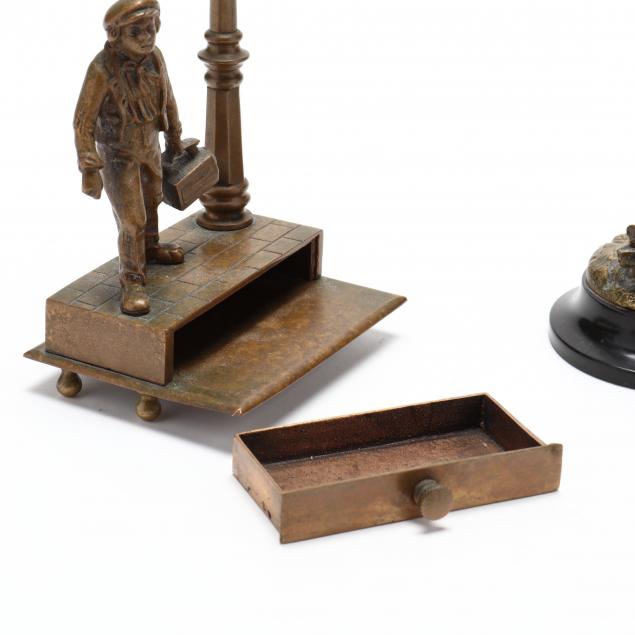