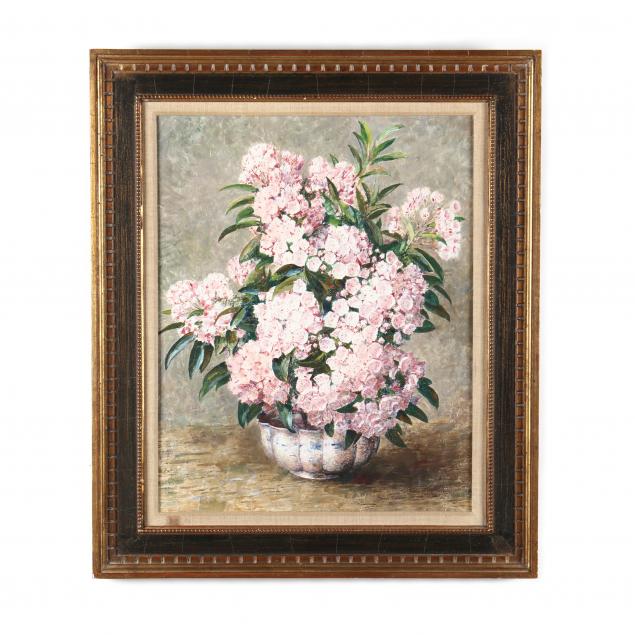 Born in New York, Dines Carlsen received his earliest artistic training from his father, the Danish-American painter Emil Carlsen. Following the death of this father in 1933, Carlsen divided his time between Falls Village, Connecticut and Summerville, South Carolina. Best known for his still life paintings, he exhibited frequently throughout his career at the National Academy of Design and the Pennsylvania Academy of Fine Art.

Minor rubbing and chipping to frame; no evidence of restorative under UV light. 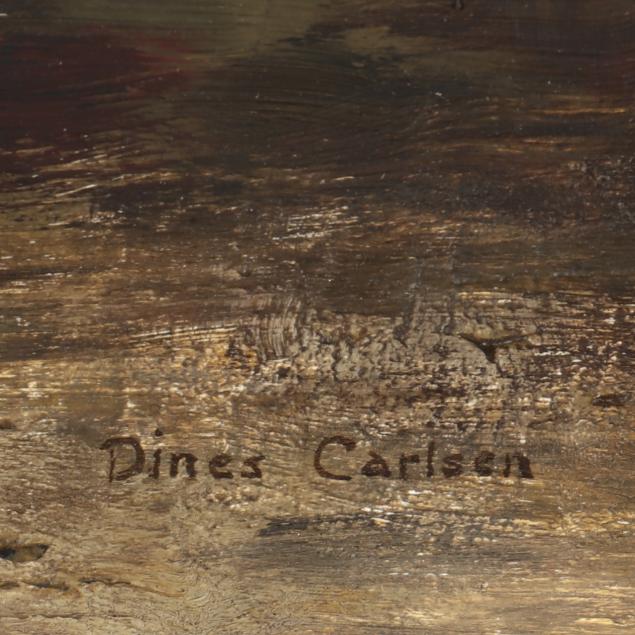 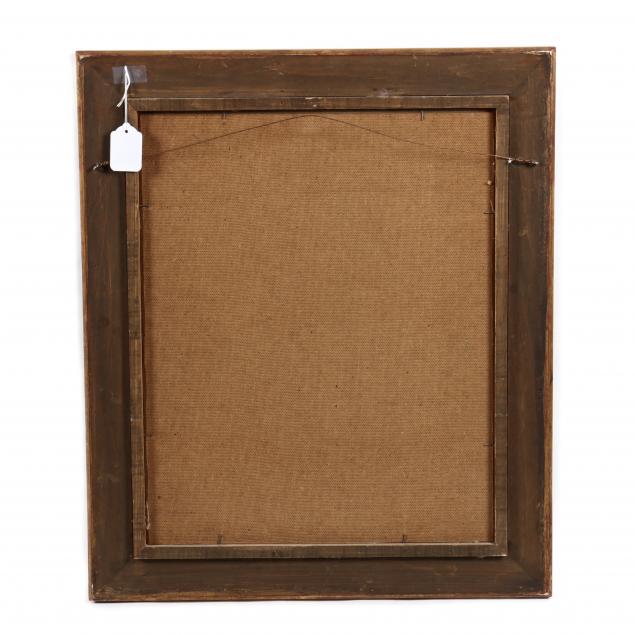