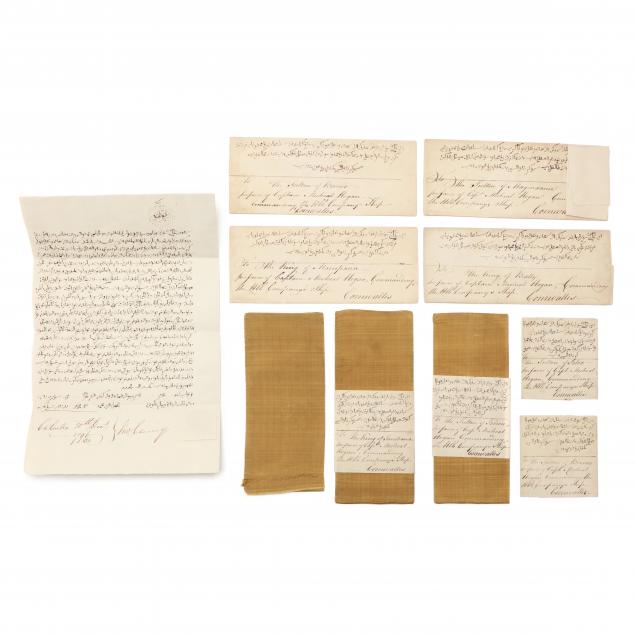 Lot 335
Archive From a British East India Company Mission to Indonesia and the Phillippines
Lot Details & Additional Photographs
Circa 1795-1796, to include: Letter Signed "John Canning," affixed with the Canning family seal, one page, 4to, Calcutta, December 10,1796, penned in Malay to an unknown recipient and regarding a treaty with the company; also included are four dateless, bi-lingual empty envelopes addressed variously to the King of Bally (Bali), the Sultan of Borneo, the King of Mampawa, and the Sultan of Maqindanoa (Mindanao), with each envelope bearing the Canning wax seal and naming the bearer as "Captain Michael Hogan, Commanding the Hble Company's Ship Cornwallis"; also included are two un-opened golden silk sleeves having letters within, one for the Sultan of Johou and the other to the King of Sambawa, plus an empty golden silk sleeve addressed to the Sultan of Soloo.

This unusual archive is open to interpretation, but appears to involve a British East India Company attempt to establish a presence in the Indonesian Archipelago. Captain William Hogan, an Irishman, owned the Marquis Cornwallis named in the Canning correspondence. Prior to cozying up to Indonesian royalty, Hogan had transported over 200 convicts from Great Britain to Australia in the Cornwallis, triumphantly surviving a mutiny en route.

Light age toning, else fine condition with no concerns. 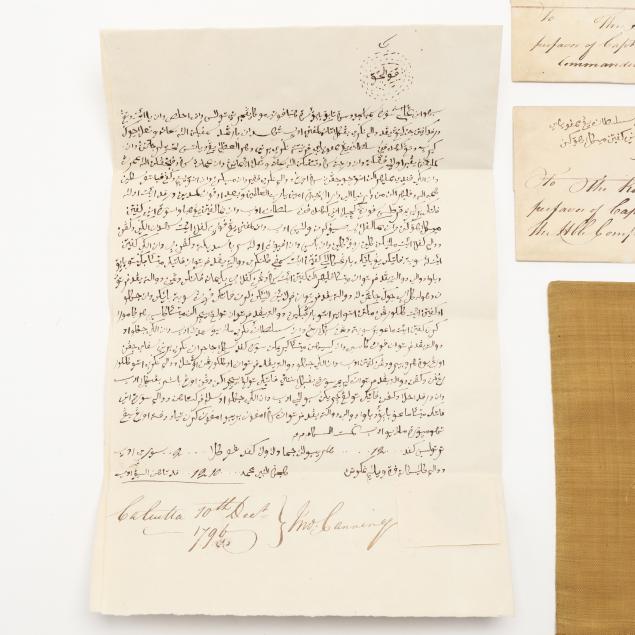 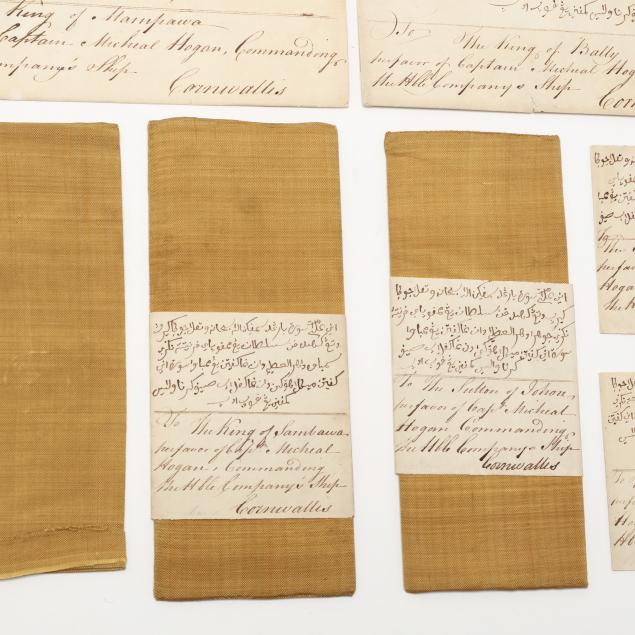 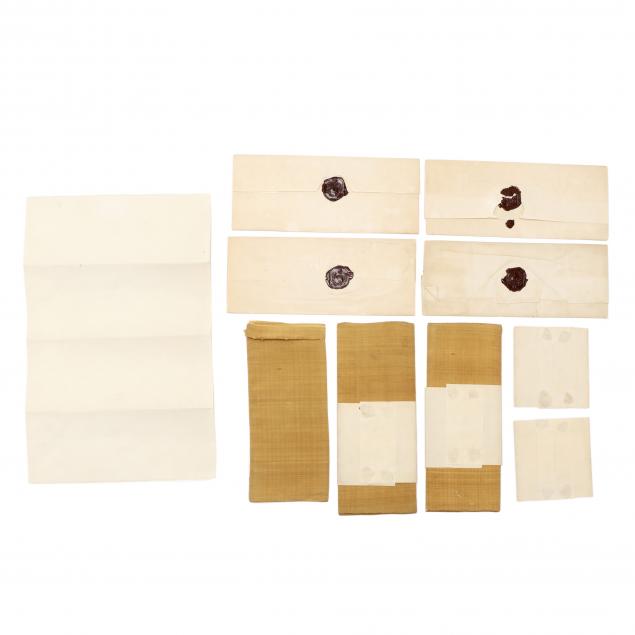 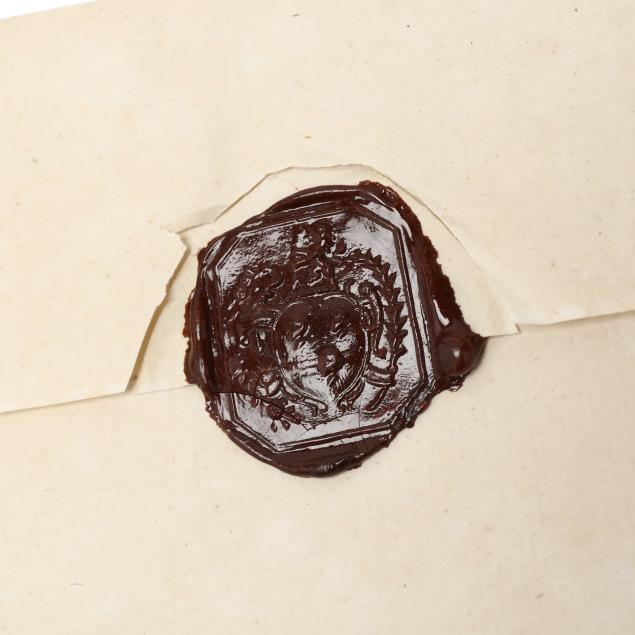