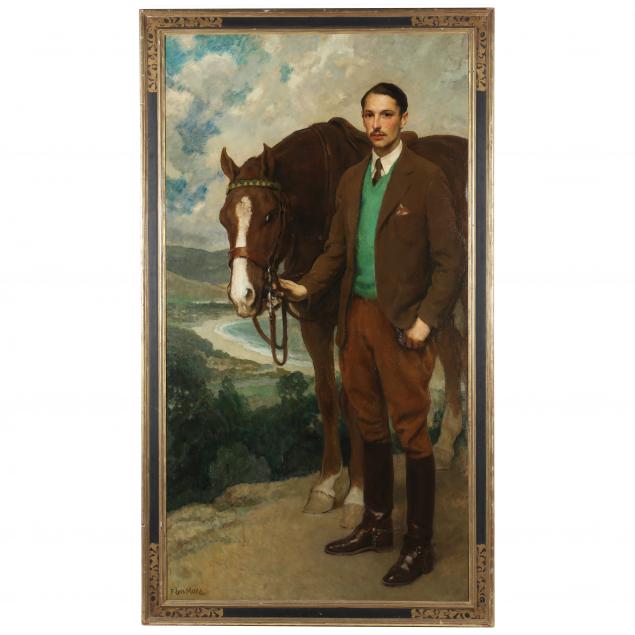 F. Luis Mora was born in Montevideo, Uruguay to a Spanish sculptor and an educated French woman. The family immigrated to the United States in 1880 and settled in Perth Amboy, New Jersey. After early studies with his father, Mora enrolled in the School of the Museum of Fine Arts, Boston where he studied under Edmund Charles Tarbell and Frank Weston Benson. In 1892, he pursued further studies at the Art Students League of New York.

A chance meeting with William Merritt Chase at the Museo del Prado, eventually led to a teaching position at the Chase School of Art. Mora also taught at the Art Students League of New York, where Georgia O'Keeffe was one of his students. While teaching, Mora enjoyed as successful career as a portrait painter and illustrator. He painted many prominent social, political and artistic figures including Isadora Duncan, Andrew Carnegie and a posthumous portrait of President Warren G. Harding.

Jo Mora, Jr. (1908-2006) was the nephew of F. Luis Mora. His father, Jo Mora, was a celebrated American cartoonist, sculptor, illustrator and historian who studied and celebrated the culture of the Native Americans. This portrait was painted in 1931, the year Mora and his family moved from Carmel-by-the-Sea to Pebble Beach, California. The view depicted in this portrait is Carmel Bay from the family land in Pebble Beach. 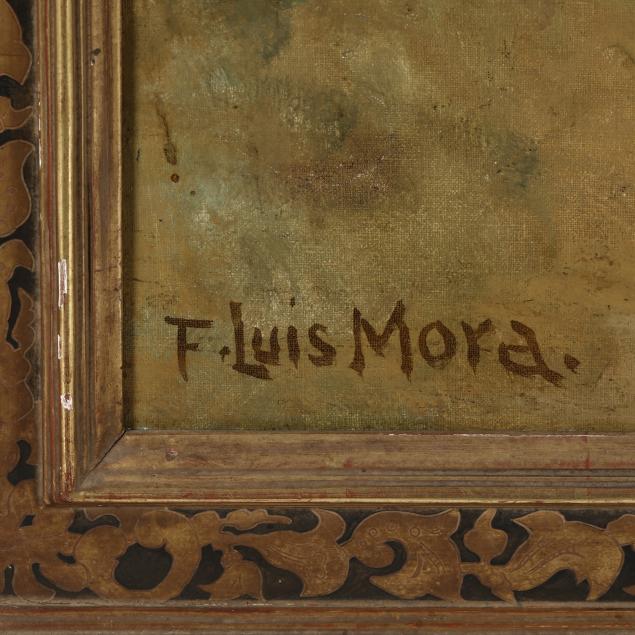 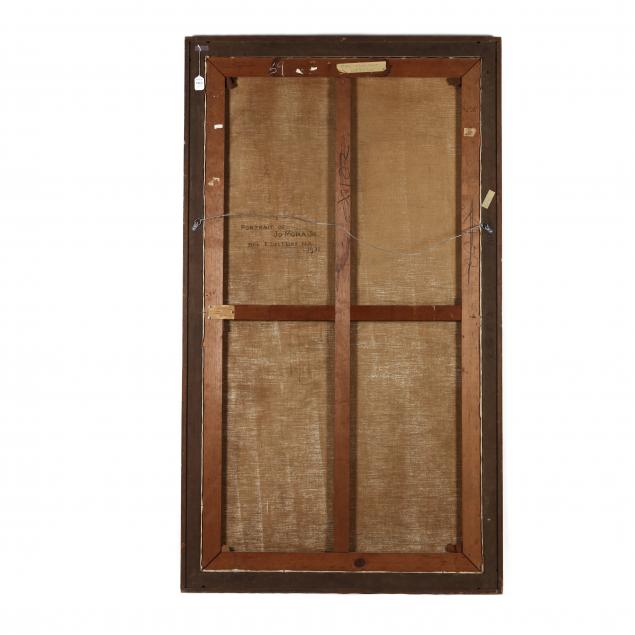 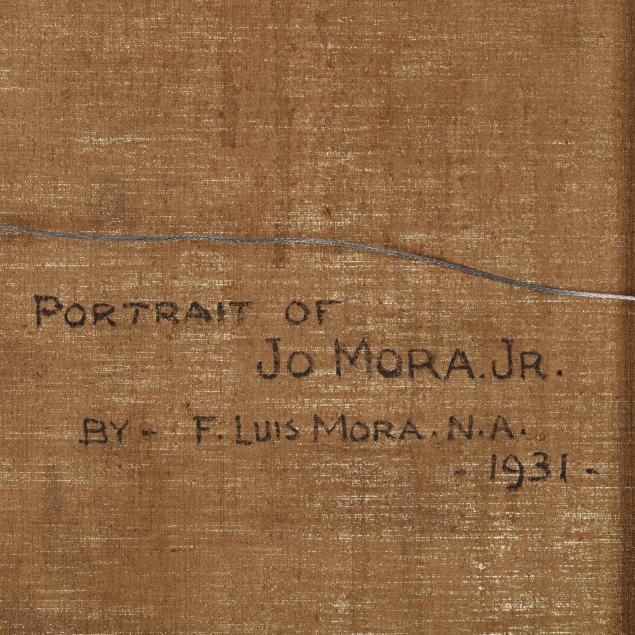 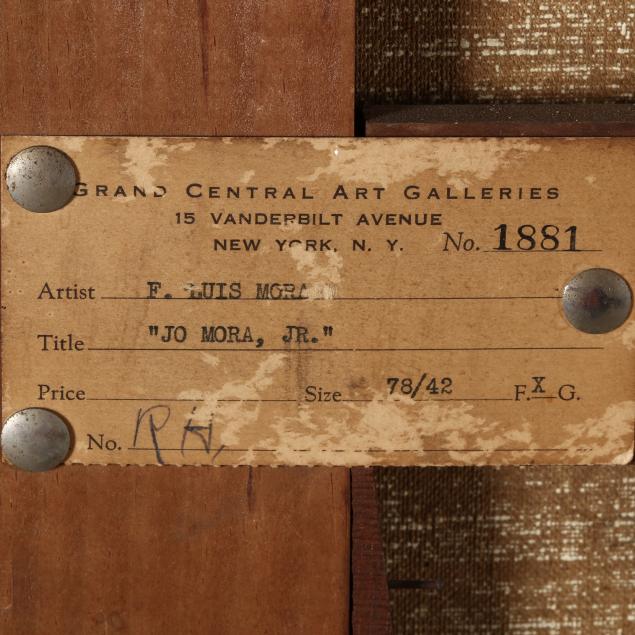