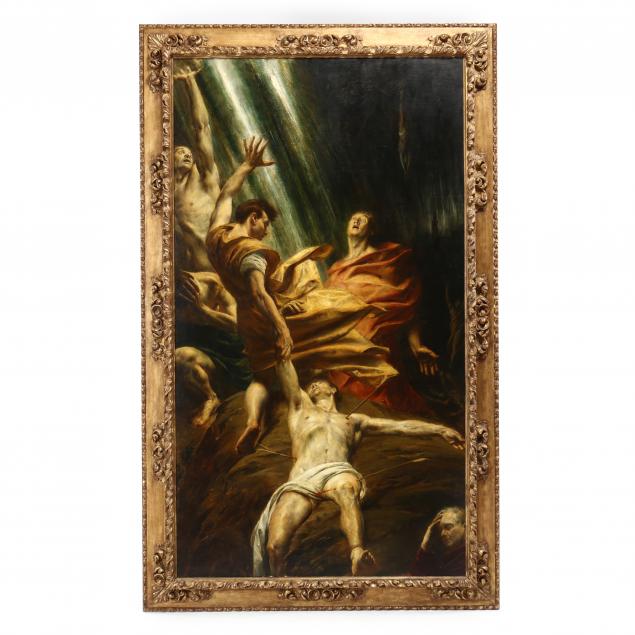 A noted American realist, John Koch was born in Ohio and received minimal formal training. He spent two summers at the artists' colony in Provincetown, Massachusetts, followed by four years in France. After returning to the United States, he settled in New York City and is best known for his stunningly detailed figural and interior scenes.

Koch used this monumental painting of the martyrdom of Saint Sebastian as a prop in several other works. One such work is in the collection of the Fisher Governor Foundation, Iowa, titled Studio Interior, completed in 1961. 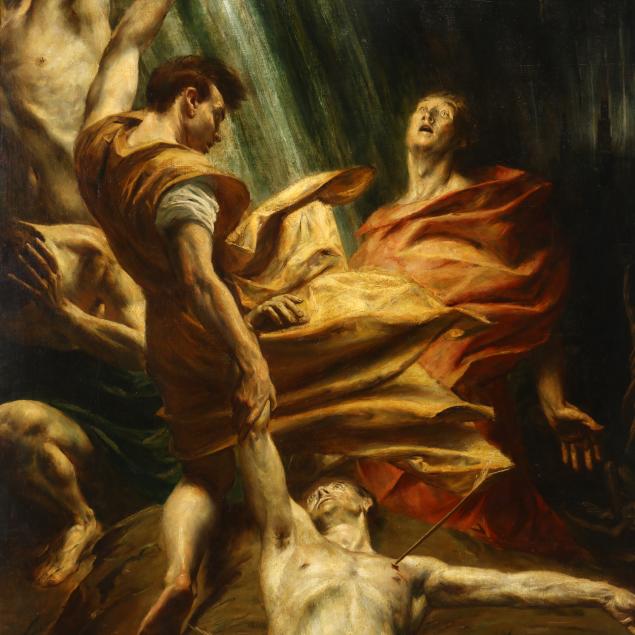 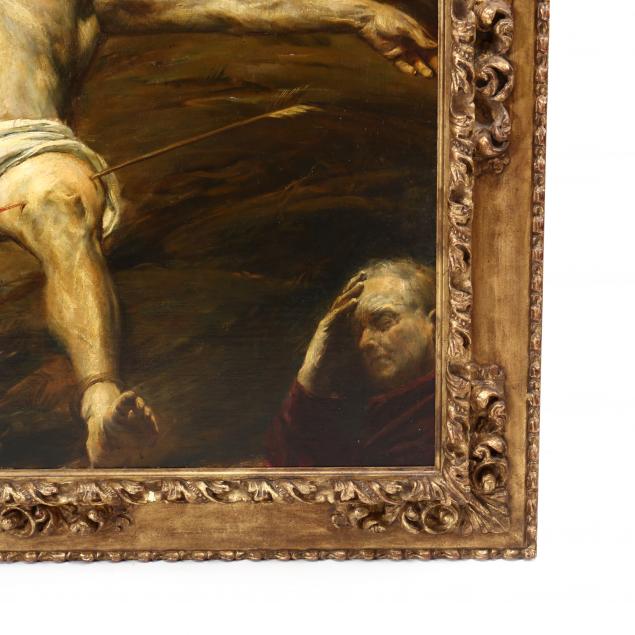 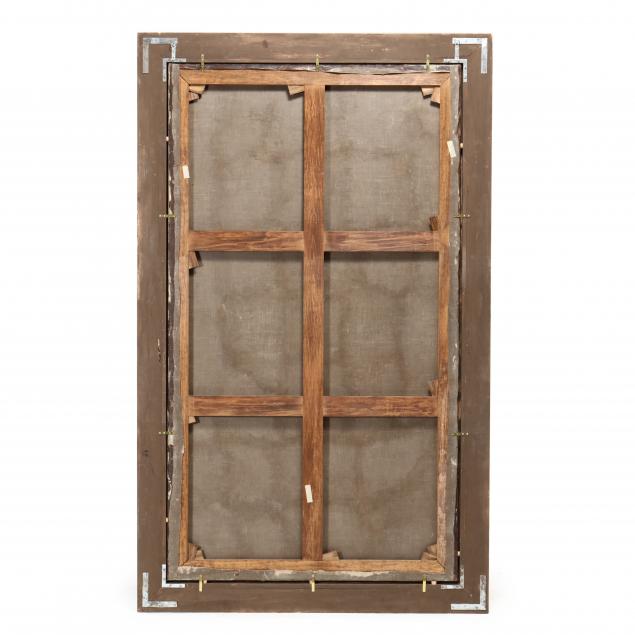