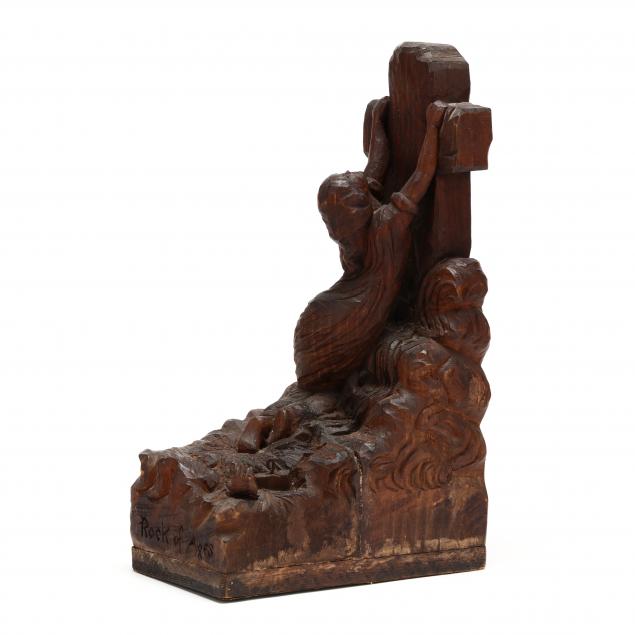 Leslie was a self-taught artist and worked a day job as a porter in Richmond, Virginia. He is best known for his small scale figurative wood carved sculptures of everyday people, workers, preachers and occasionally Biblical figures.

Popularity for Bolling's work increased as his work was brought to the attention of Carl Van Vechten, a New York writer and photographer deeply involved in the Harlem Renaissance Movement.

In 1933, Bolling entered seven pieces in a National Exhibition at the Smithsonian Institution. In January 1935, Bolling was the first African American in Virginia to have a one-man exhibition at the Richmond Academy of Arts. Thomas Hart Benton visited the show, and singled out Bolling's work as "show[ing] real merit, and a new kind of form."

Some scattered white paint specks to surface; some staining and shrinkage cracks to base. 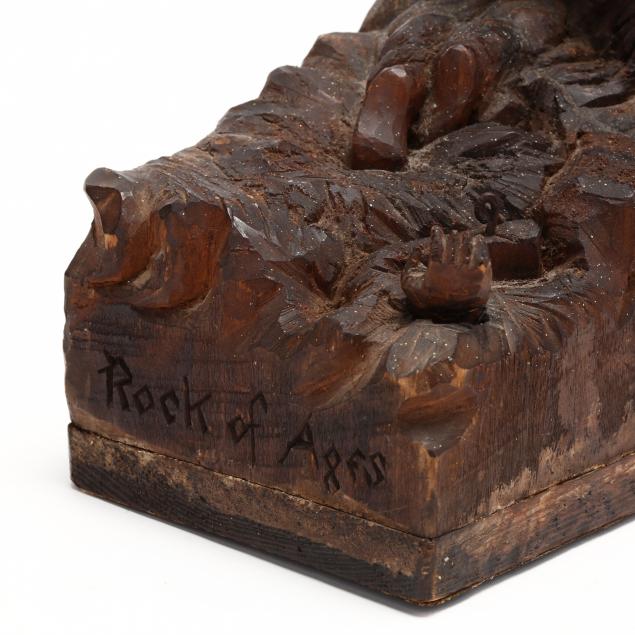 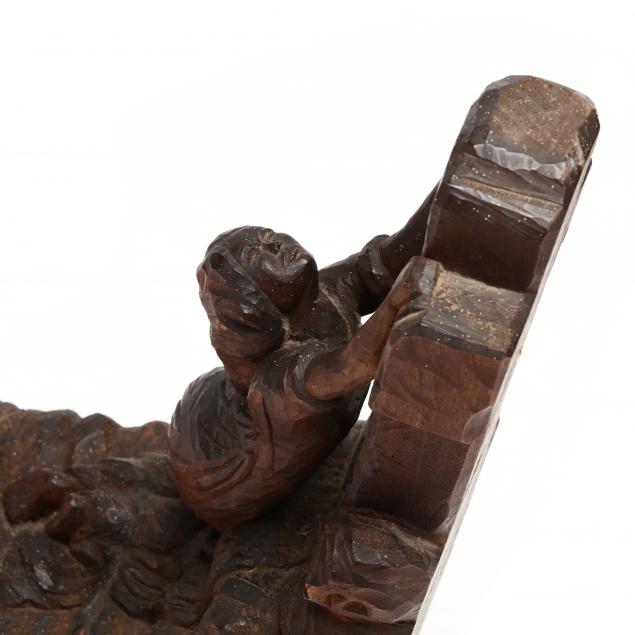 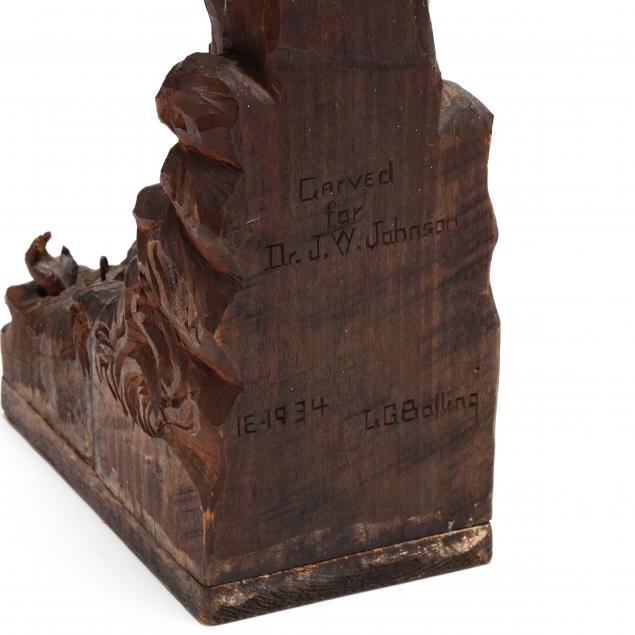 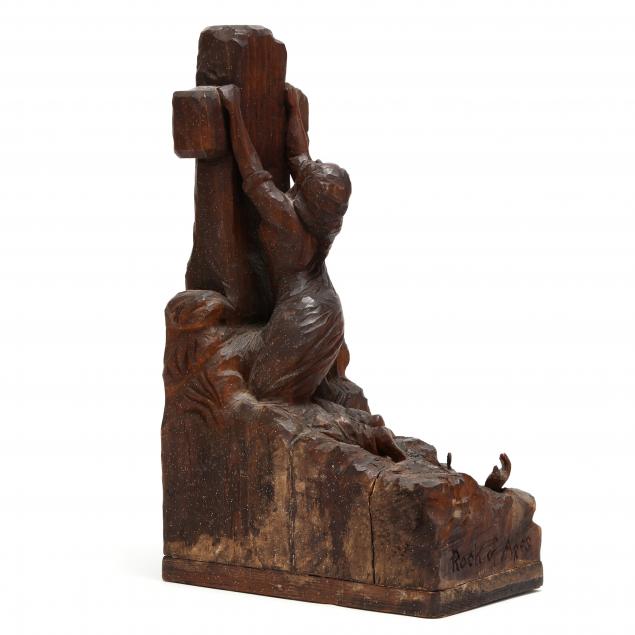