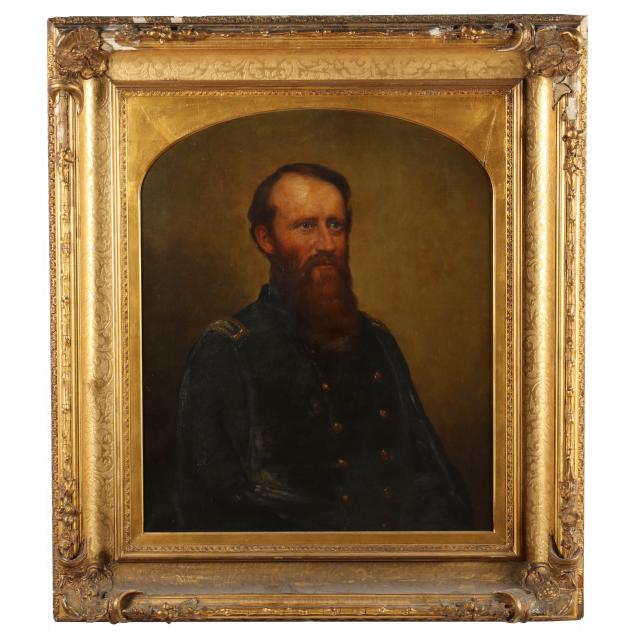 Aged only 36, Colonel Frederick Judson Hurlbut (1828-1865) met an untimely and inglorious end on May 8, 1865 when he "drowned in the Chicago River" while on leave. A Chicago Tribune news brief was released the following day that ruled out murder, deeming the event an unfortunate accident. Colonel Hurlbut's portrait was likely commissioned by his family shortly after his death. The artist, George Healy, was a prominent Illinois painter of dignitaries, historical events, and genre scenes.

1-1/2 x 2 in. repair to canvas; plus, a few small areas of touch-up visible under UV light; the frame with wear and losses. 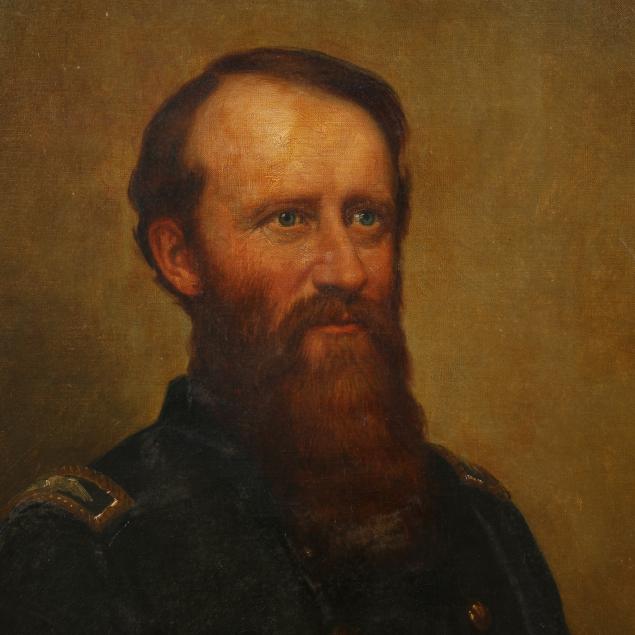 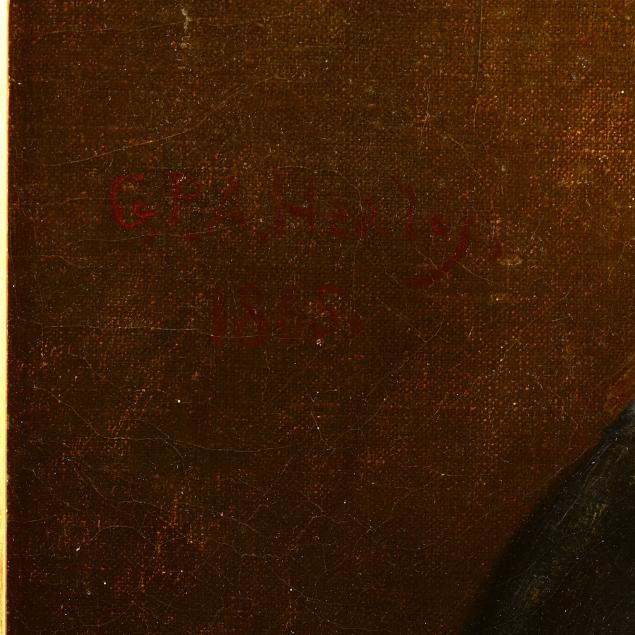 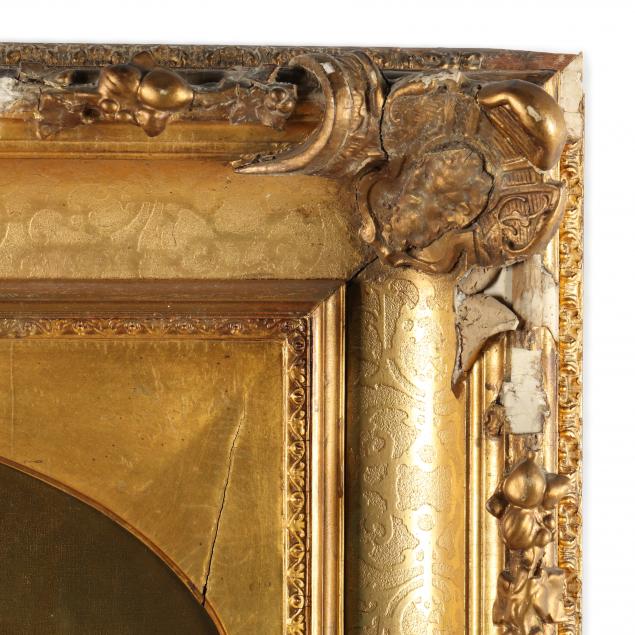 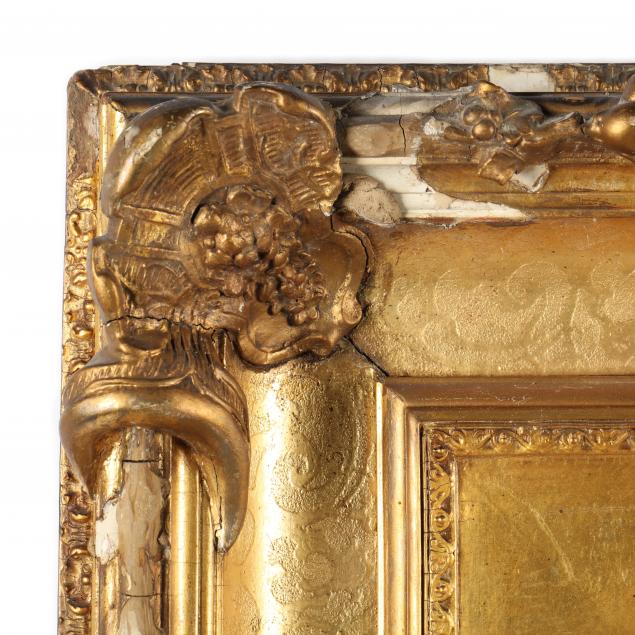 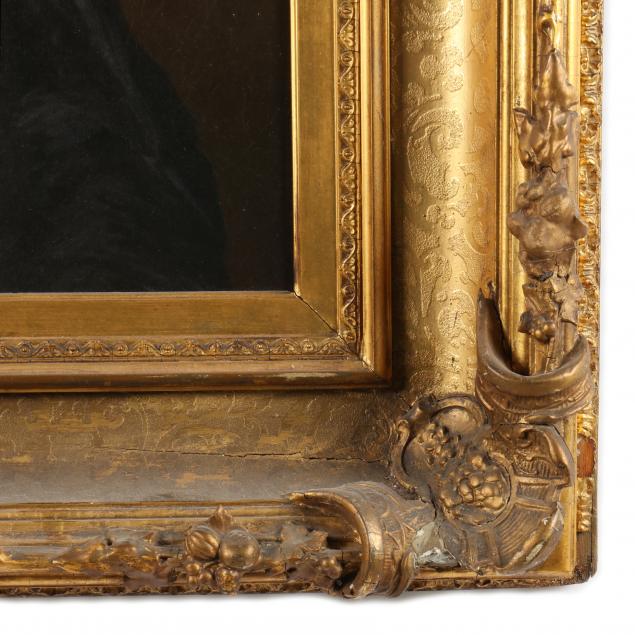 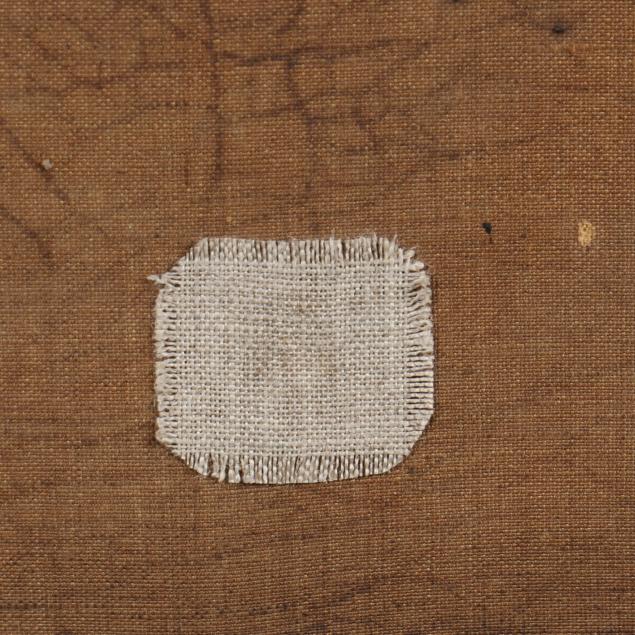 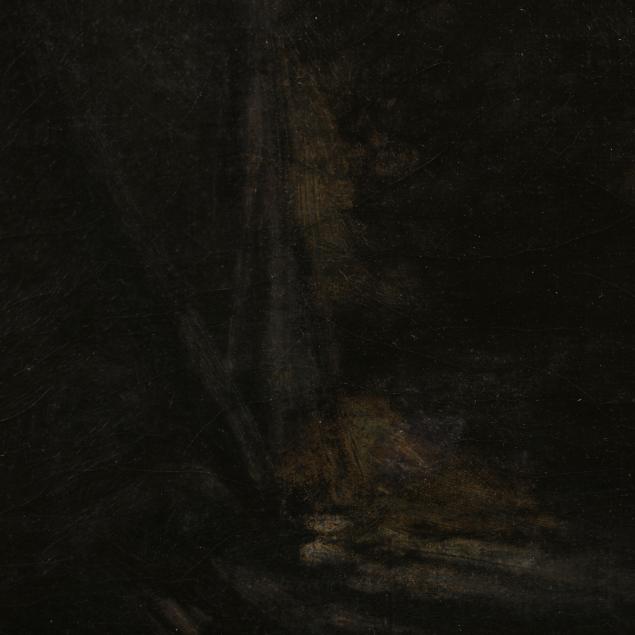 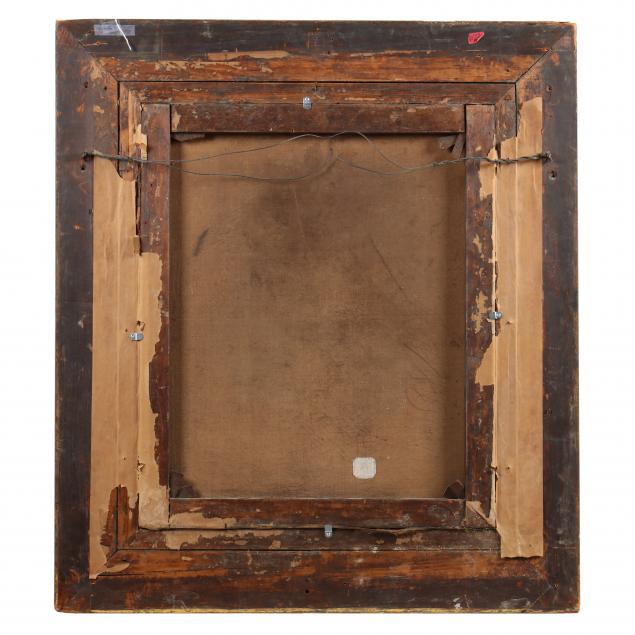 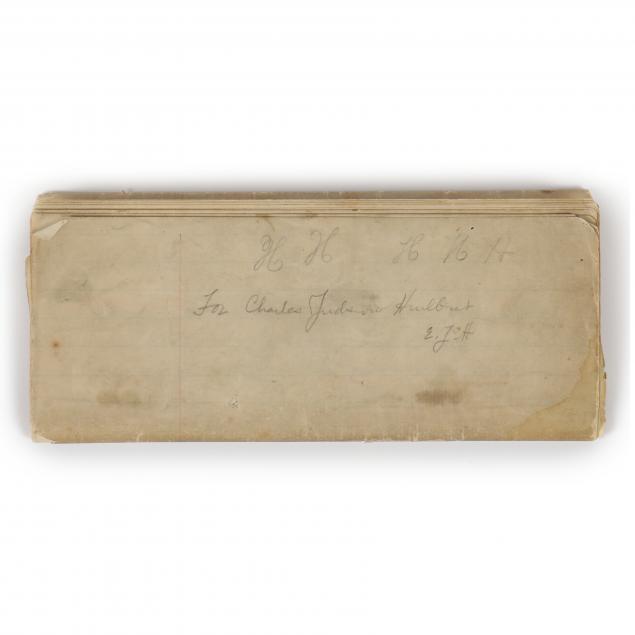 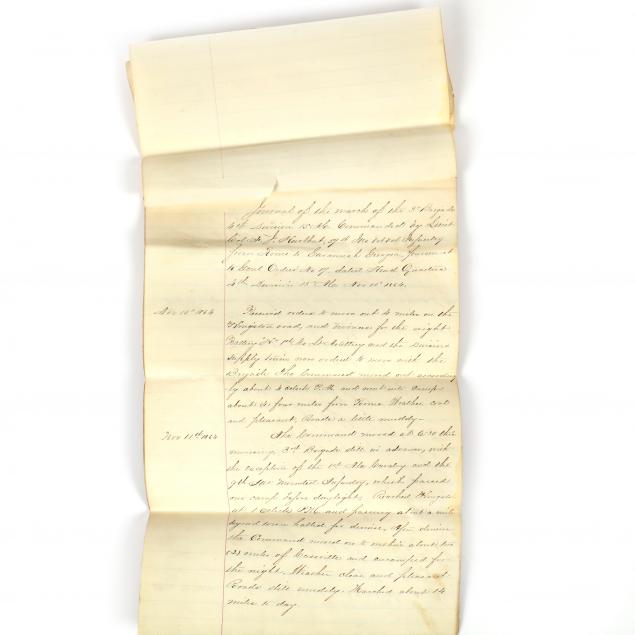 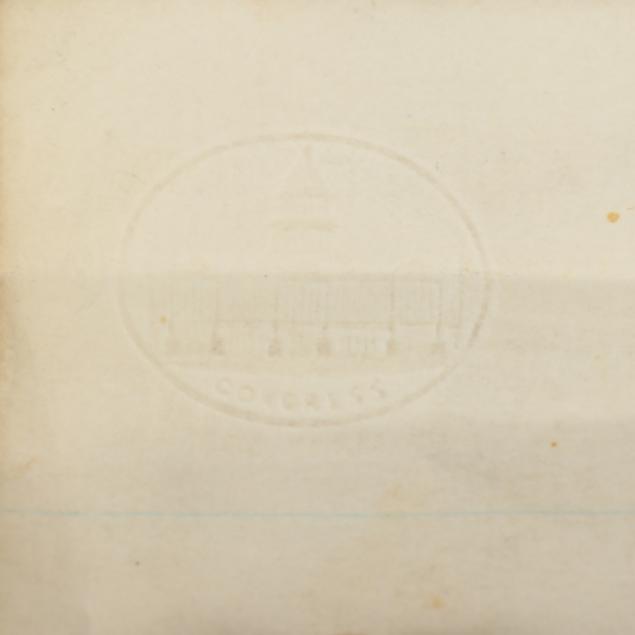