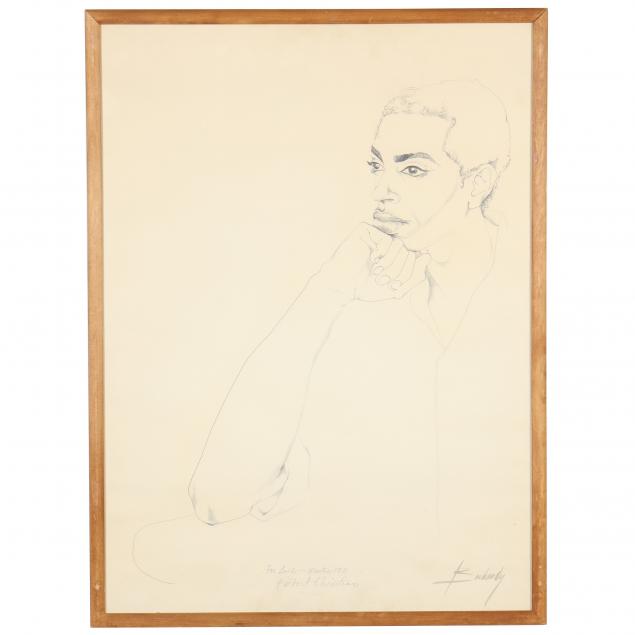 California born, Don Bachardy studied at the Chouinard Art Institute in Los Angeles and the Slade School of Art in London. He now lives in Santa Monica, in the house he shared with longtime partner, Christopher Isherwood. His works are found in numerous prominent public and private collections, including the Metropolitan Museum of Art, the de Young Museum in San Francisco, the National Portrait Gallery in London, and the National Portrait Gallery in Washington, D.C.

Robert Christian (1939-1983) was born in Los Angeles and began acting as a child, first with Amos 'n' Andy and The Andy Griffith Show. He later moved to New York and studied with Lee Strasberg at the Actor's Studio. He had several prominent roles in theatre and television productions before his untimely death due to AIDS complications in 1983.

Light toning to sheet; minor smudging to lower edge of sheet; not examined out of the frame. 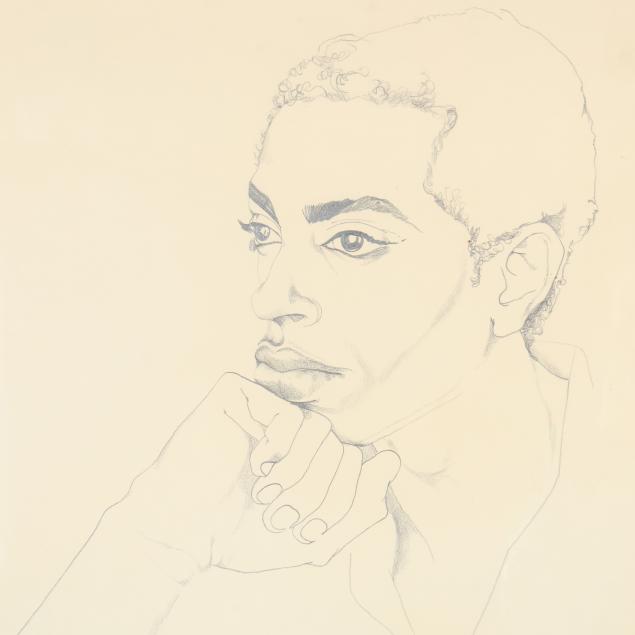 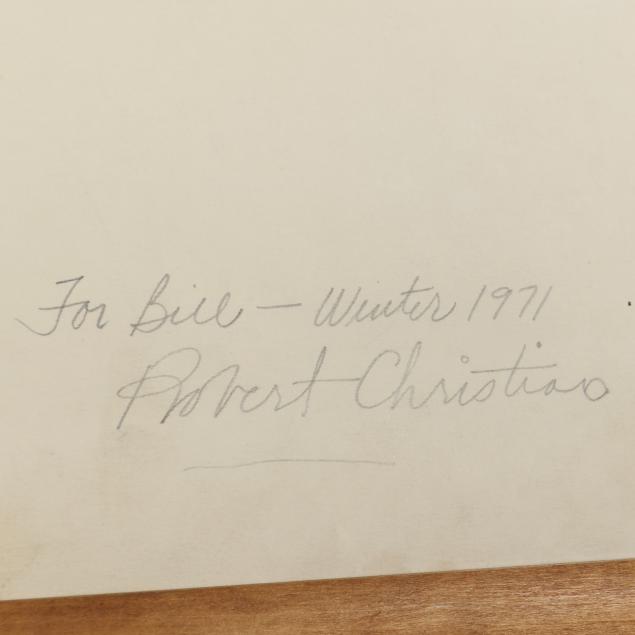 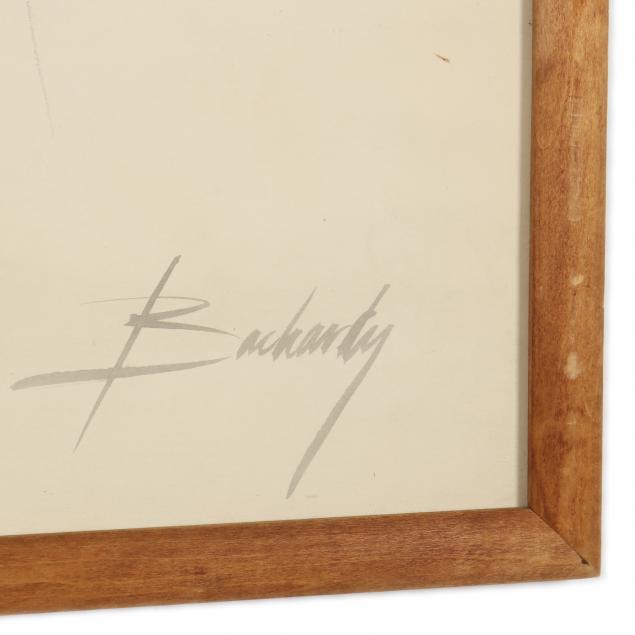 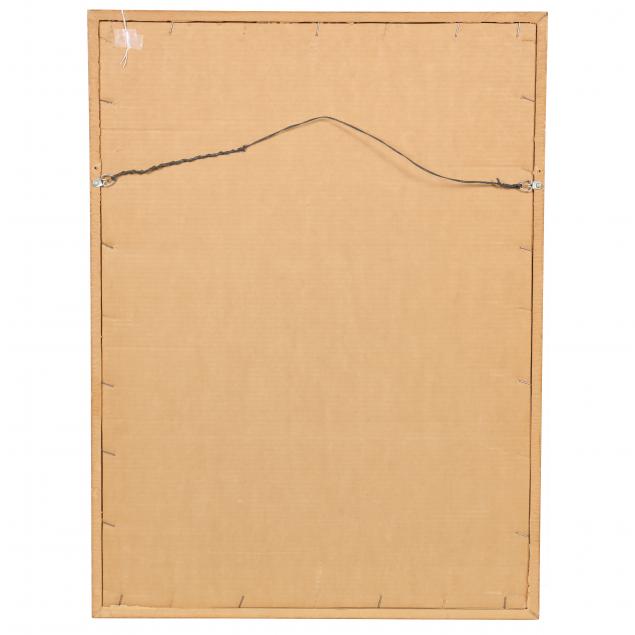