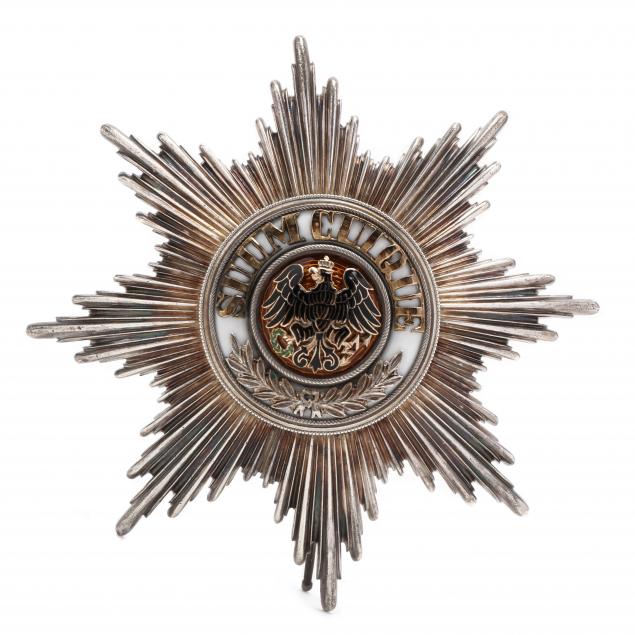 Lot 398
Breast Star for Prussian Order of the Black Eagle
Lot Details & Additional Photographs
Late 19th - early 20th century, silver, 97mm diameter, an eight-pointed silver star with rays, its center with an enameled medallion featuring a crowned black eagle under the motto "SUUM CUIQUE" ("To Each His Own"); the reverse is plain with a long attachment pin.

Instituted in 1701, the Order of the Black Eagle was Prussia's highest recognition of chivalry for over 200 years. Family tradition claims the present example was brought to the United States as a combat souvenir after the First World War.

The wreath on the face retains only traces of its original green and red enamels; minor contact marks on the silver throughout; scratches to the back; very good condition overall. Vintage shadowbox frame requiring some restoration is available if desired. 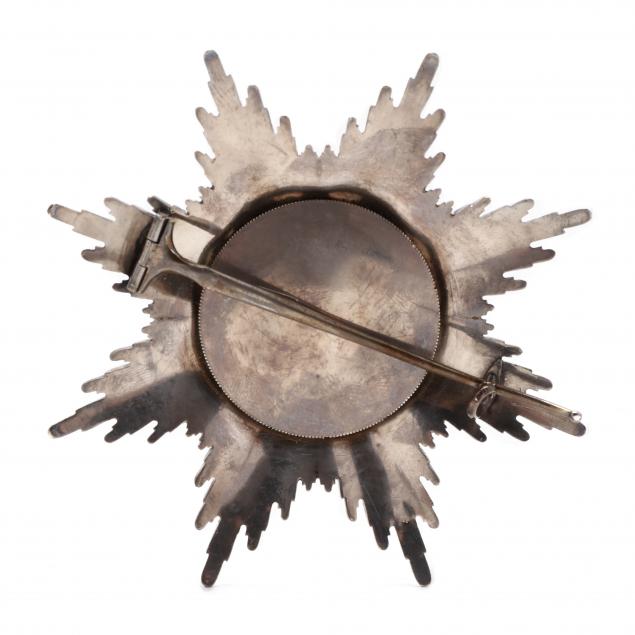 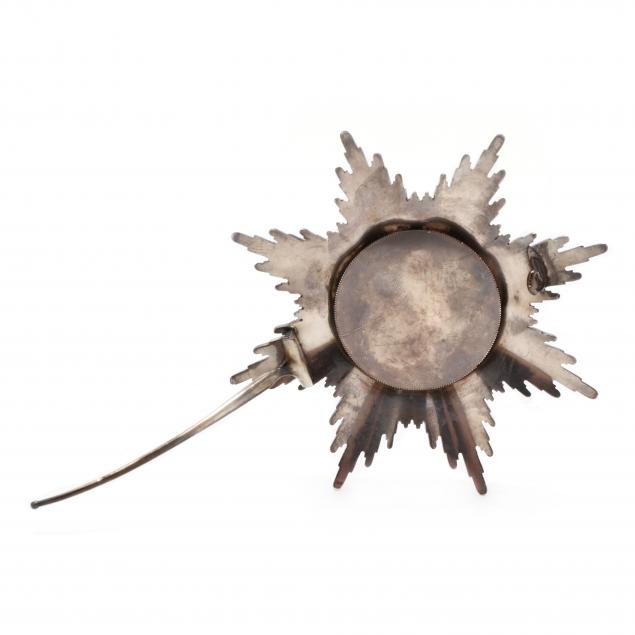 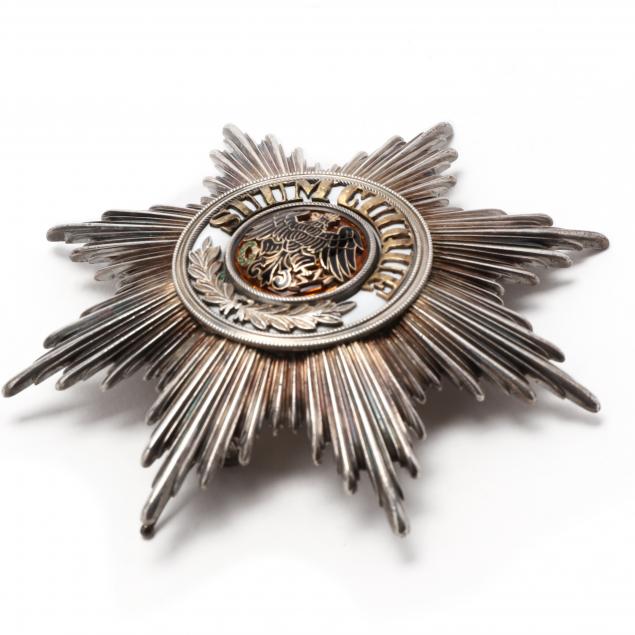