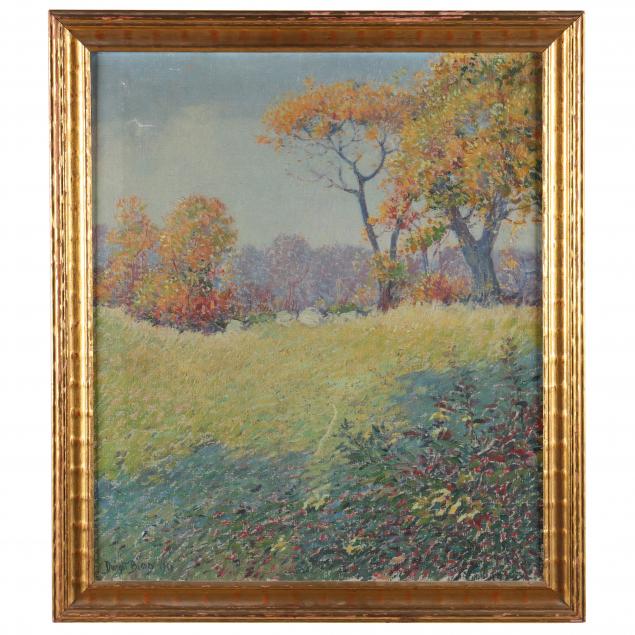 Dwight Blaney studied at the Boston Art School from 1886 to 1888. In 1891, at the encouragement of his friend, John Singer Sargent, Blaney traveled to Europe to paint. After two years abroad, Blaney returned to the states, settling in Boston and spending much time on Ironbound Island, Maine. The family eventually acquired the entire island, which became a summer refuge for artists, including Sargent.

Light surface grime; dent with some abrasion in upper left corner; no evidence of retouch visible under UV light; minor rubbing to frame. 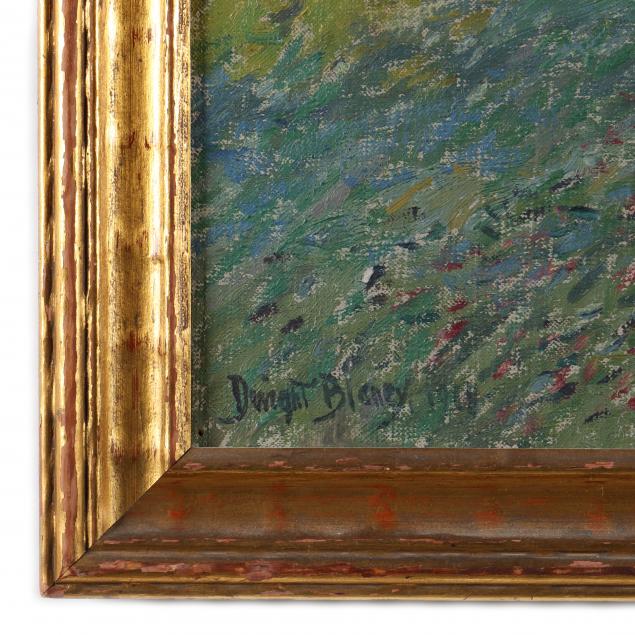 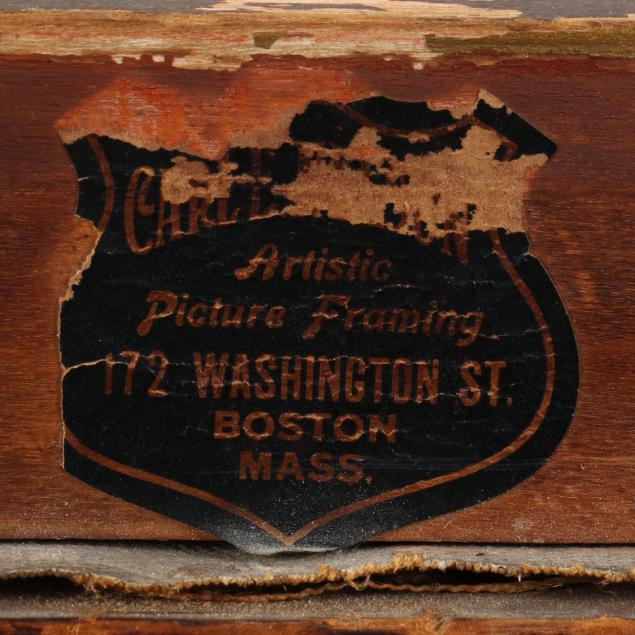 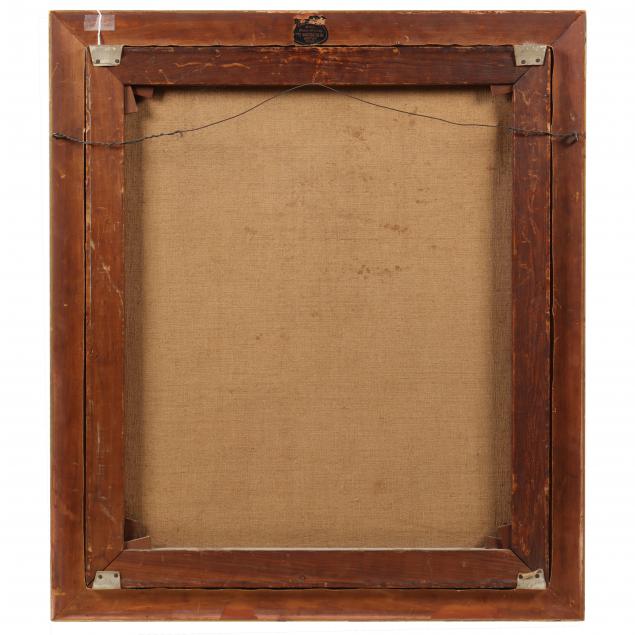