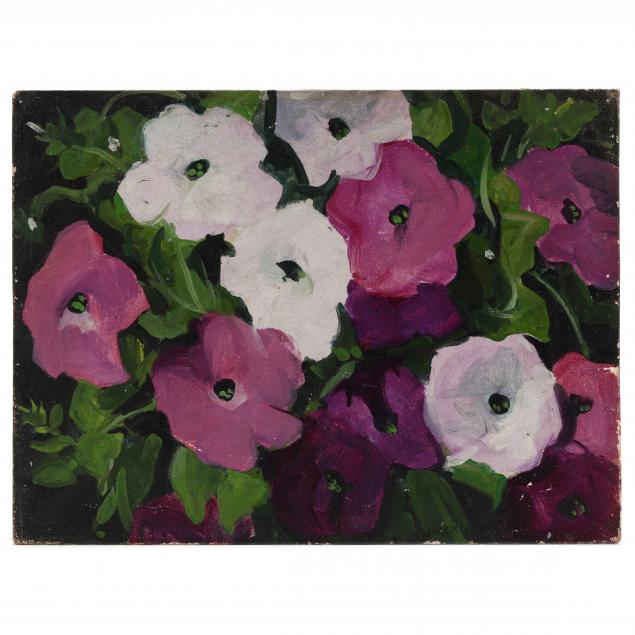 Jane Peterson was born in Elgin, Illinois. A natural artist, Peterson had no formal training until she enrolled at the Pratt Institute in New York. After graduating in 1901, she continued her studies at the Art Students League.

Peterson first traveled to Paris in 1907. She would go on to travel extensively throughout Europe and North Africa. On these travels she befriended many artists and bon vivants, however the most influential of these would be Gertrude and Leo Stein, Joaquín Sorolla y Bastida and Louis Comfort Tiffany.

Following her marriage to Moritz B. Philipp in 1925, Jane Peterson's international traveling was much curtailed. She would spend her time between homes in New York City, Ipswich, Massachusetts, and Palm Beach, Florida. At the request of her husband, she began to paint more floral still lifes, such as the paintings presented here. These brilliantly dense and colorful compositions are the most "Modern" of Peterson's work and comprise a large portion of her impressively vast oeuvre.

No evidence of retouch visible under UV light; some edge wear and minor scattered paint flaking. 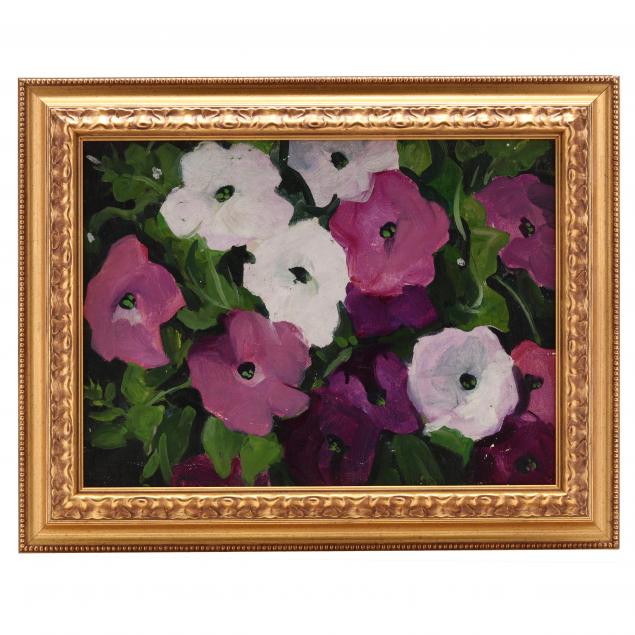 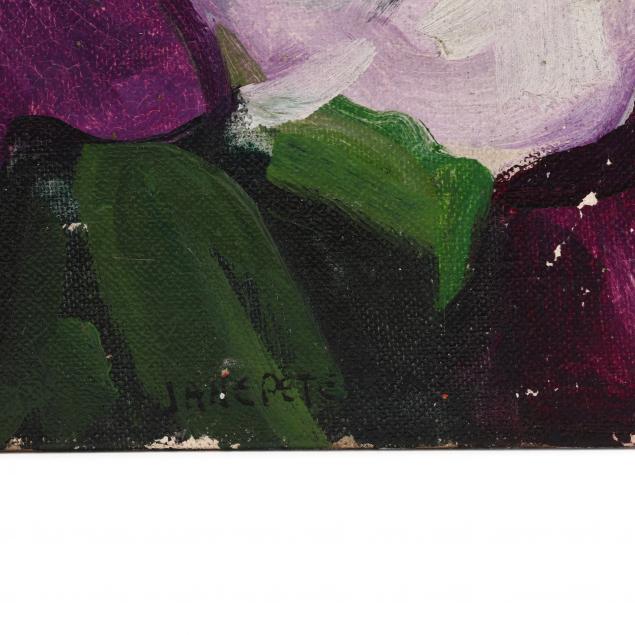 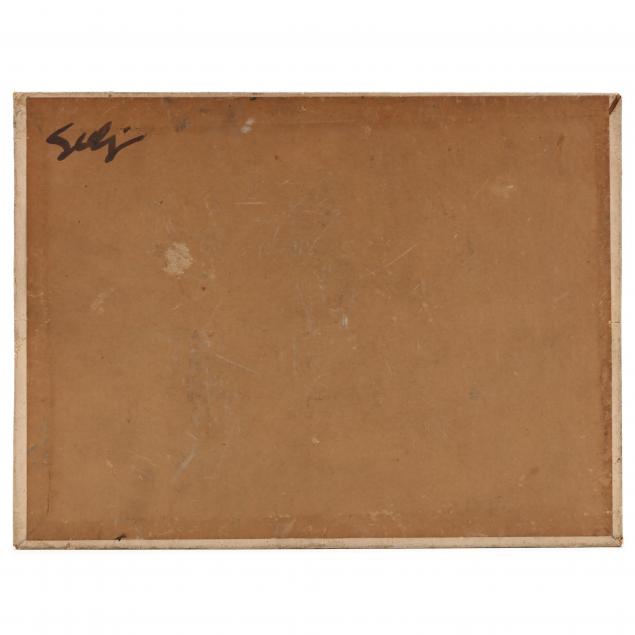 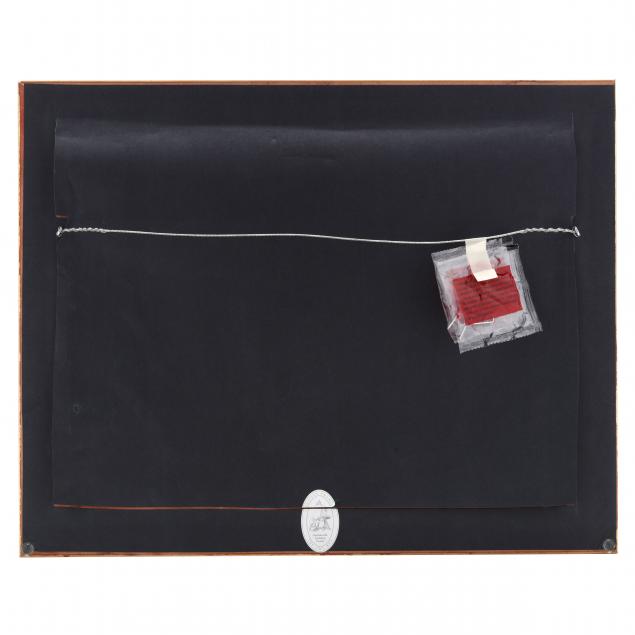