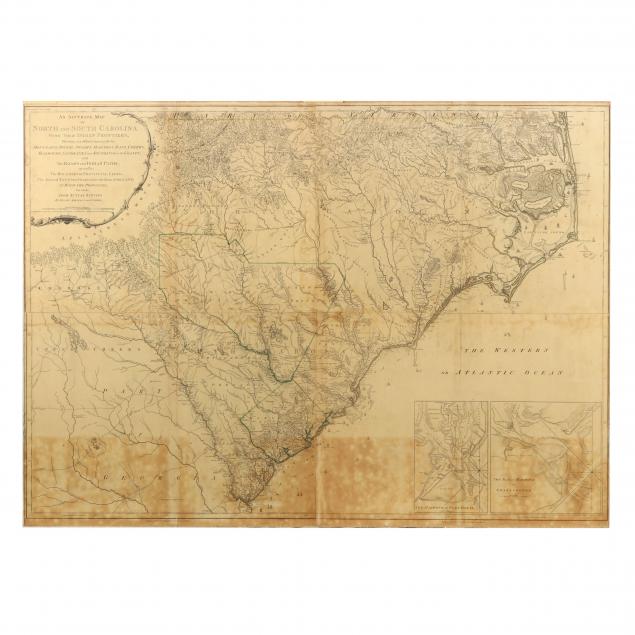 Lot 391
Mouzon's Celebrated Map of the Carolinas
Lot Details & Additional Photographs
Mouzon, Henry. An Accurate Map of North and South Carolina With Their Indian Frontiers, Shewing in a distinct manner all the Mountains, Rivers, Swamps, Marshes, Bays, Creeks, Harbours, Sandbanks and Soundings on the Coasts; with The Roads and Indian Paths; as well as The Boundary or Provincial Lines, The Several Townships and other divisions of the Land in Both the Provinces; the whole From Actual Surveys by Henry Mouzon and Others (London: Sawyer & Bennett, 1775), consisting of four joined
copperplate engravings, with sparse hand-coloring to select boundaries, the whole presented in a mid-20th century custom gilt wooden frame.

The Mouzon maps are valued for their accuracy and firsthand association with the American Revolution in the Carolinas. Heavily relied upon in the field by top strategists on both sides of the war, these maps saw widespread use into the early 19th century.

This map was laid to a tempered acidic hardboard many years ago and is consequently yellowed with stains today. A professional conservator can free the map from the board it is on and restore the paper to its original color. The map enjoys a strong impression and remains intact, making it a perfect candidate for conservation and display. 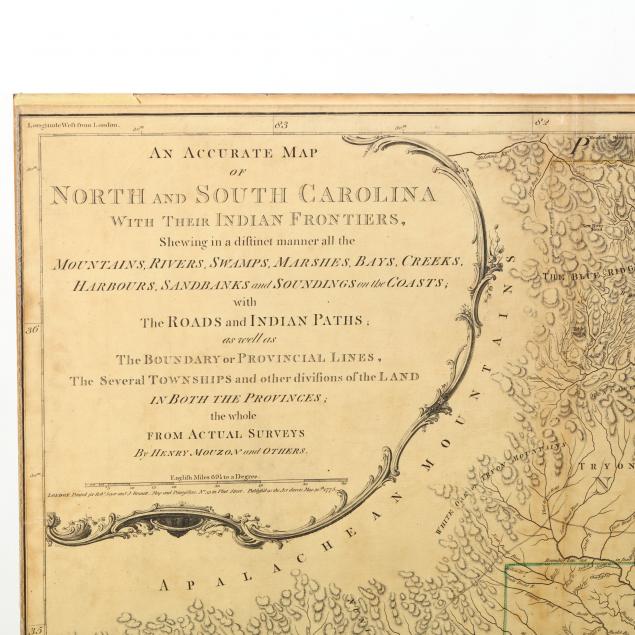 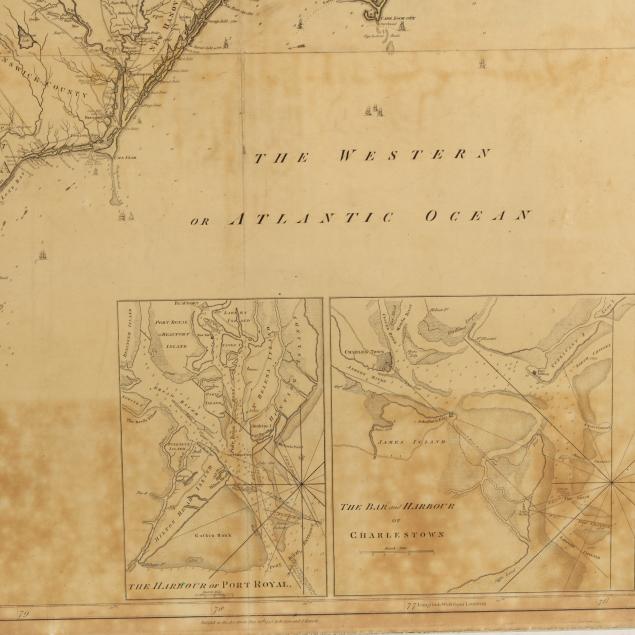 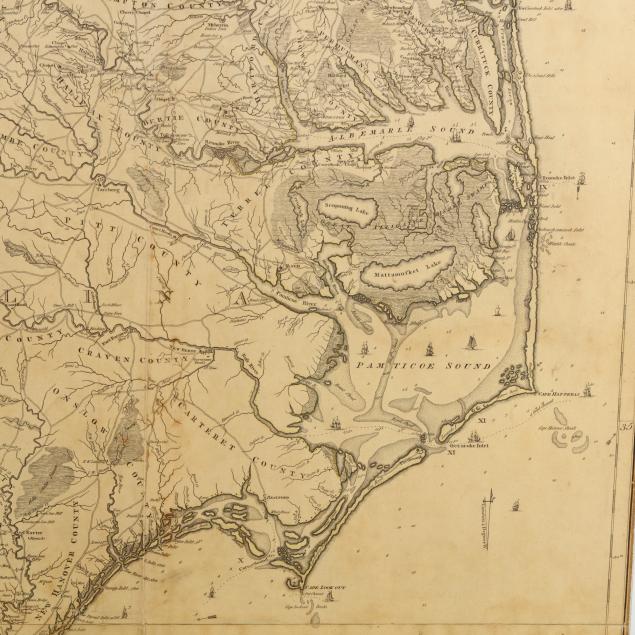 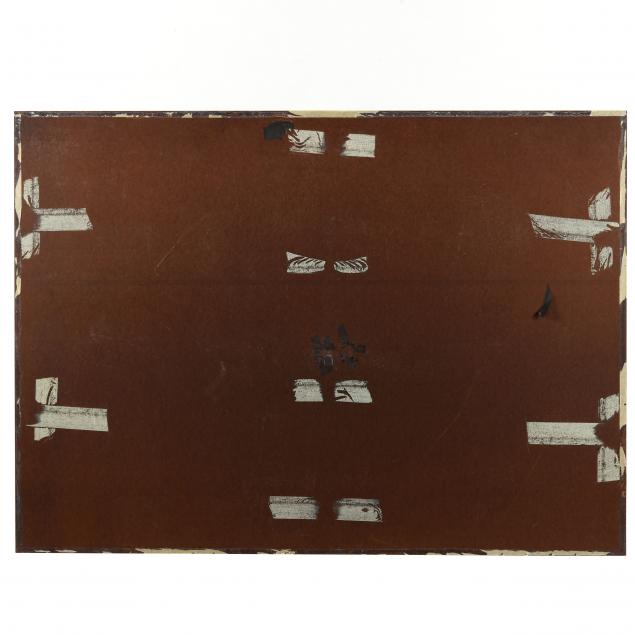 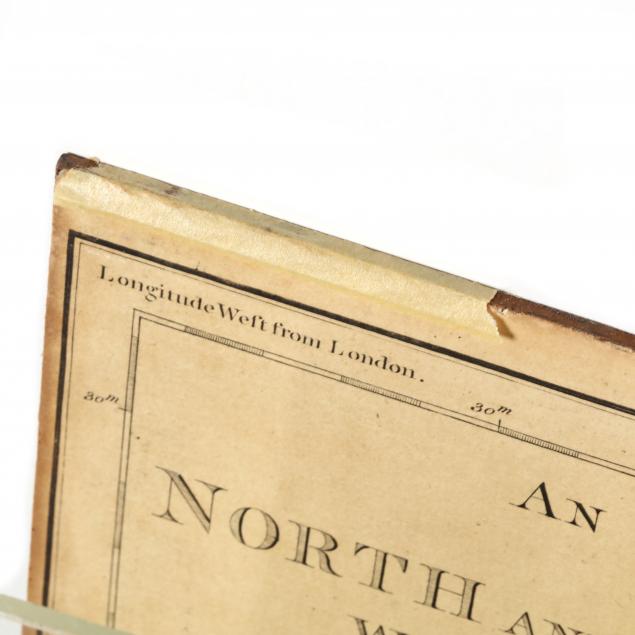 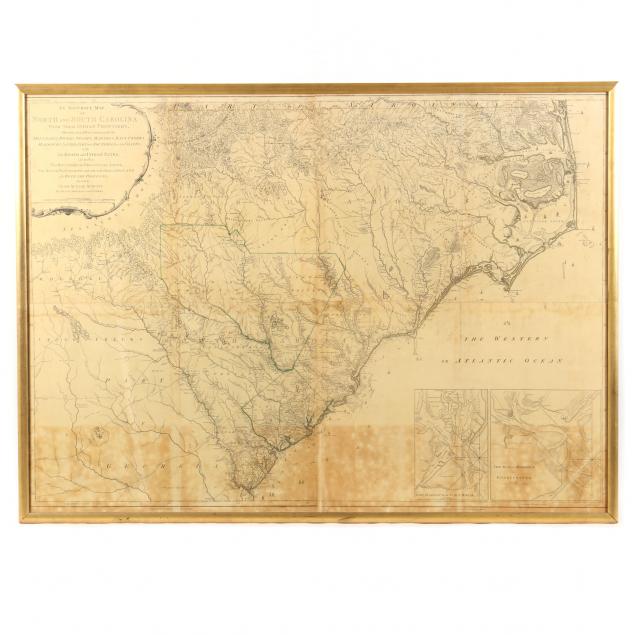