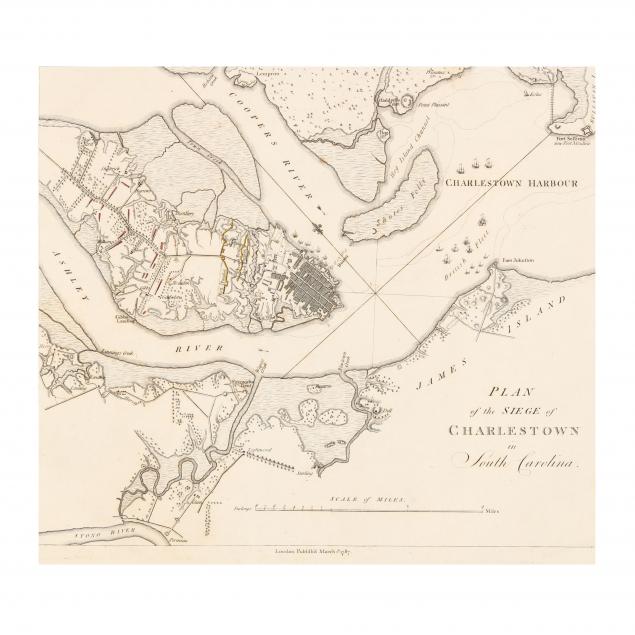 Lot 393
Tarleton, Banastre. Plan of the Siege of Charles Town in South Carolina
Lot Details & Additional Photographs
Issued for A History of the Campaigns of 1780 and 1781, in the Southern Provinces (London: np, March 1st, 1787), copperplate engraving with hand-color noting British forces before Charleston in red ink; the sheet un-trimmed and not folded; behind mat in slate gray wooden frame having a gilt liner.

This map is a tangible link to the infamous British Lt. Colonel Banastre Tarlton, a young commander who effectively led American Loyalists against their neighbors in the Carolinas during the American Revolution. Tarlton was variously hated and revered in what some scholars consider "America's first civil war." 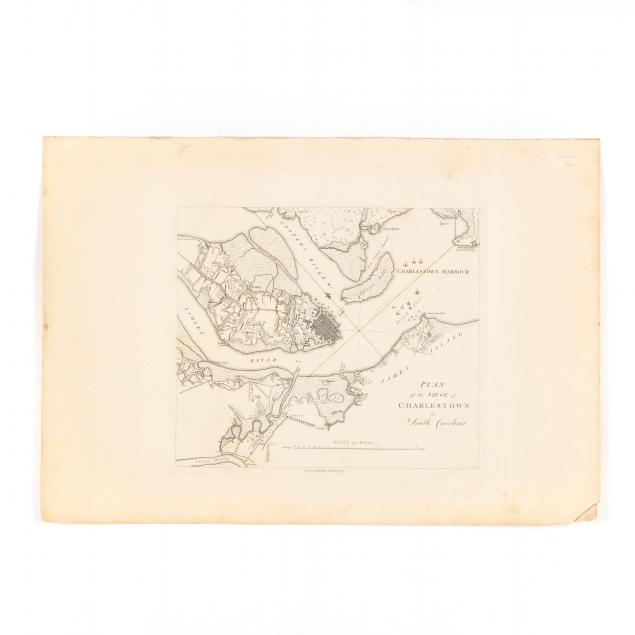 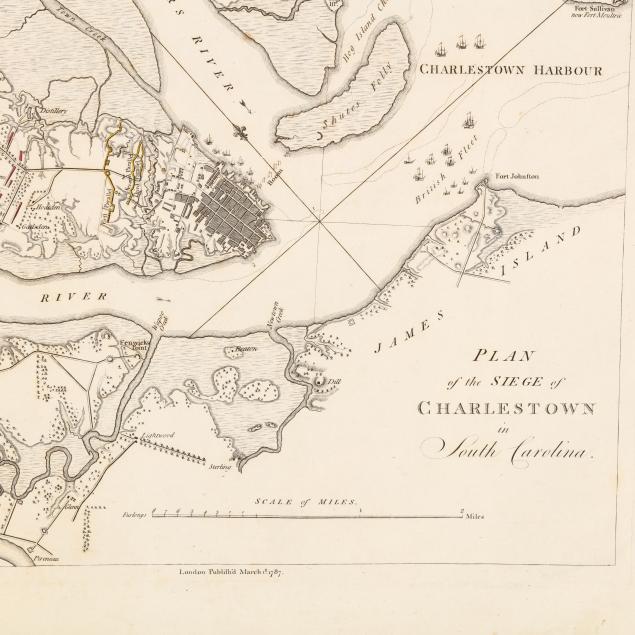 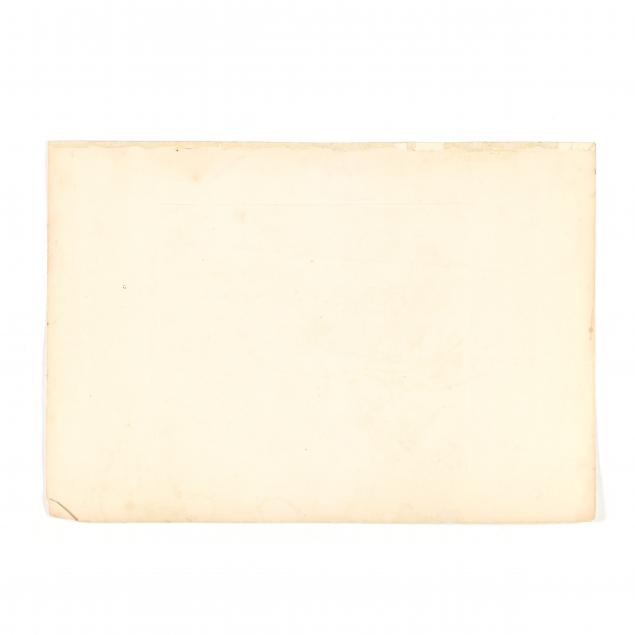 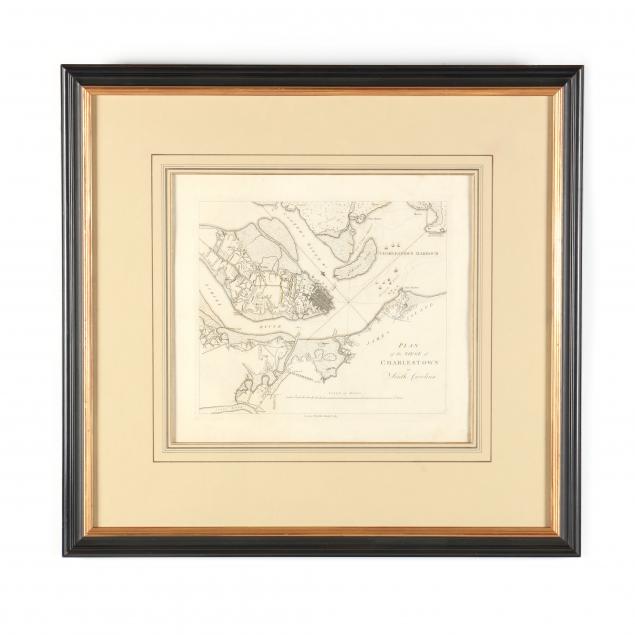