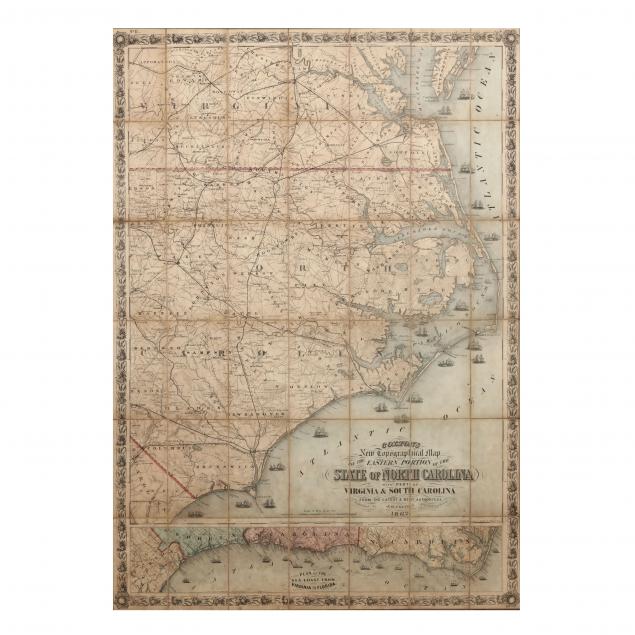 Lot 395
Very Rare Colton Map of Eastern North Carolina Showing the Union Naval Blockade
Lot Details & Additional Photographs
Being Colton's New Topographical Map of the Eastern Portion of the State of North Carolina with a Part of Virginia & South Carolina From the Latest & Best Authorities (New York: J. H. Colton, 1862), copyright line below with 1861 date; this section of Atlantic coastline is shown with the Union blockade in position while land avenues of transport are depicted as well; below the primary map is an inset erroneously titled "Plan of the Sea Coast From Virginia to Florida" in that it shows the Federal naval blockade from North Carolina's Outer Banks southward to Florida while omitting Virginia's coast altogether; the map has been dissected into 42 sections and laid to linen for ease of opening and re-folding; a fabric border was sewn to the edges to minimize damage in the field; presented in a gilt wooden frame.

The map is secured to a single large sheet of 20th century linen by a thin strip of glue running along its edges; expected age toning with some light stains; retains good color; overall very good condition. 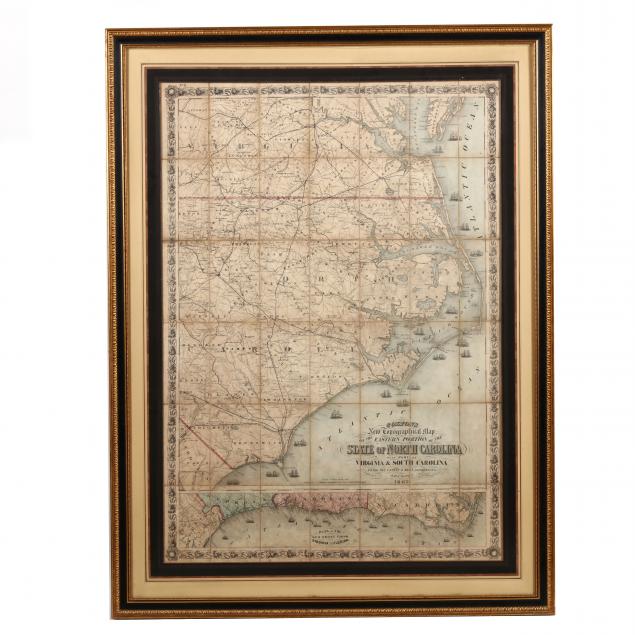 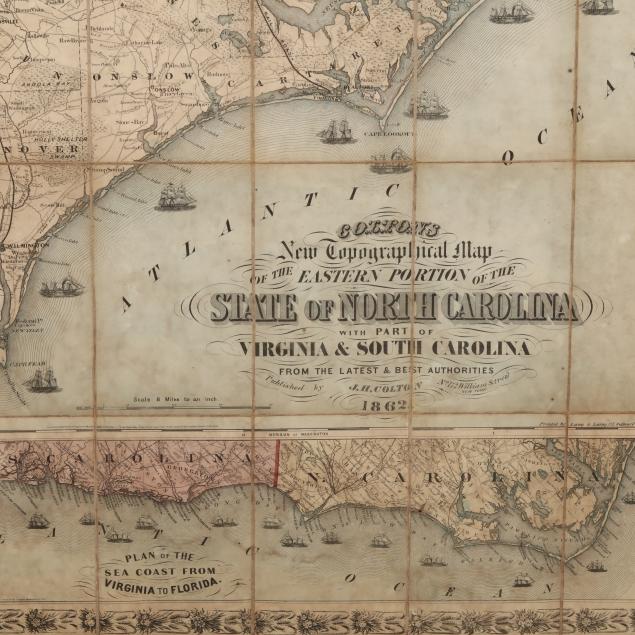 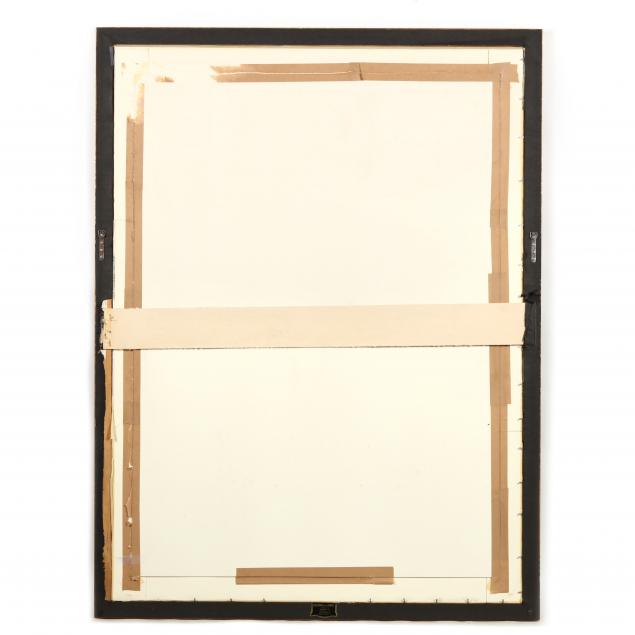