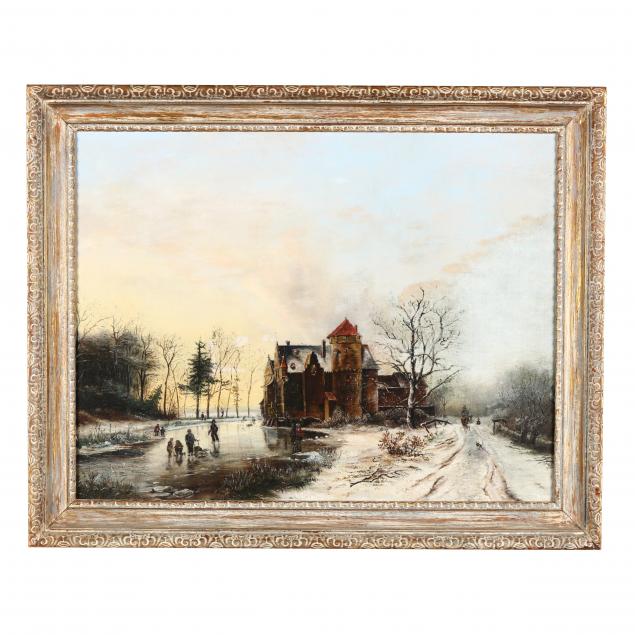 Born in the Netherlands, William Charles Anthony Frerichs studied art at the Royal Academy in The Hague and Brussels Academy. In 1850 he left Europe and immigrated to the United States, first settling in New York City. Four years later, he accepted a position as professor of arts and languages at Greensboro Female College (now Greensboro College) and moved to North Carolina.

The rolling landscape of the North Carolina Piedmont and the Blue Ridge Mountains provided great inspiration to Frerichs. He trekked through the wilderness to capture swiftly flowing rivers and dramatic landscapes. In 1863, a fire at the college consumed his collection of paintings and sketches. After additional set-backs and the start of the Civil War, Frerichs and his family left North Carolina and returned to New York. From 1865-1869, he maintained a studio in Manhattan, living at one point on Staten Island where he was neighbors with Jasper Cropsey. He continued to paint romantic idealized landscapes in the manner of his Dutch training.

The castle depicted in this painting is near identical to one depicted in a winter skating scene signed by Frerichs and offered at Christie's Fine American Paintings, Drawings and Sculpture, September 12, 2006, lot 20, sale 1699. 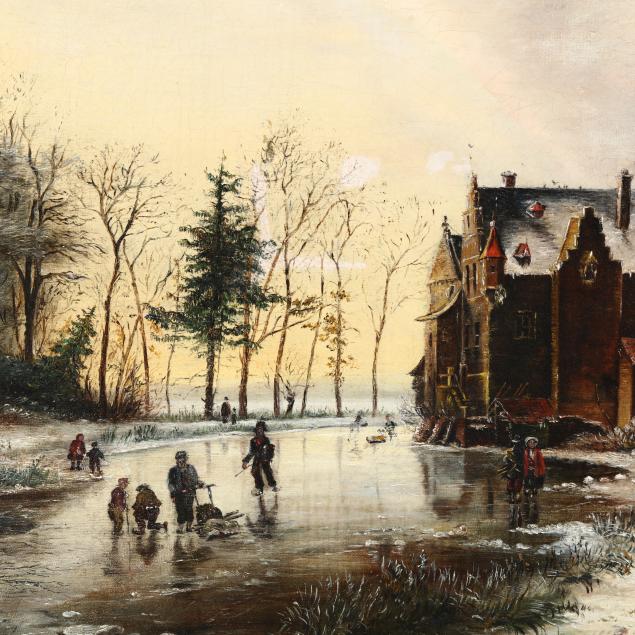 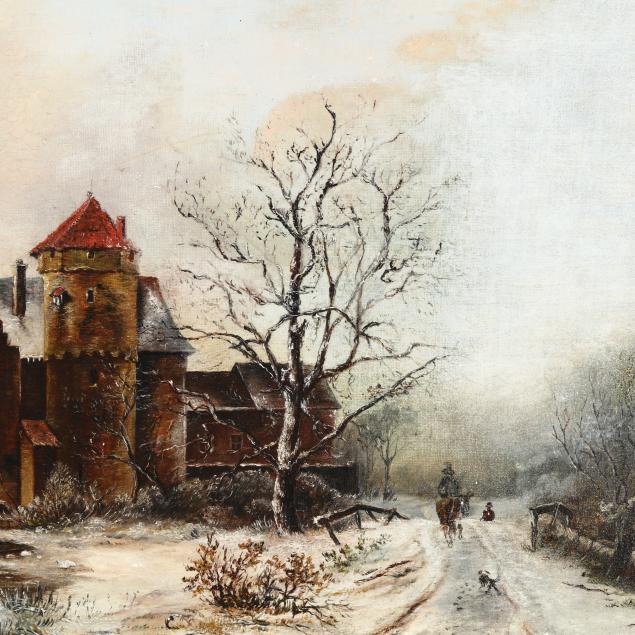 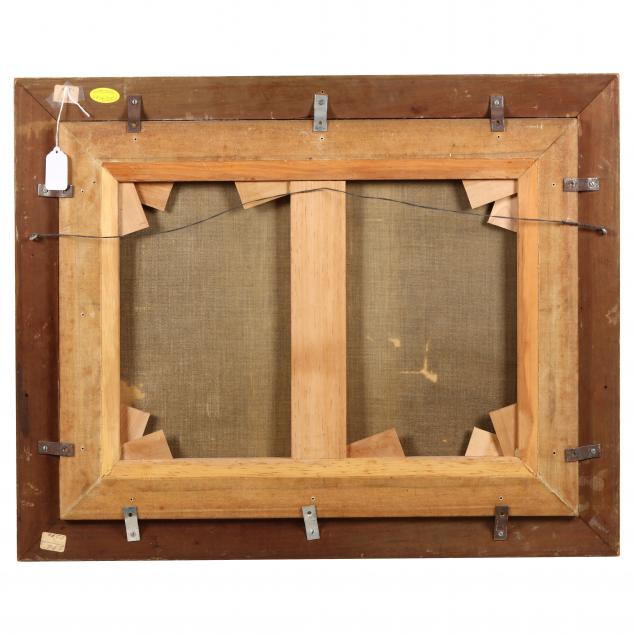