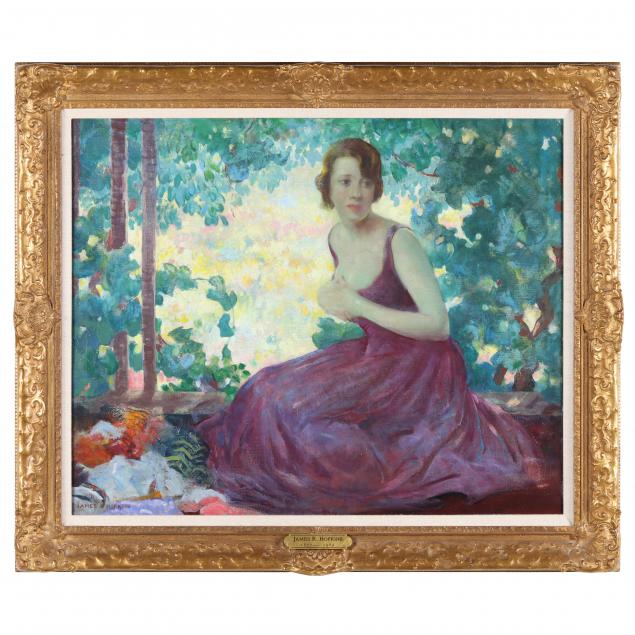 James Roy Hopkins was raised on a farm outside Mechanicsburg, Ohio. He briefly studied at the Columbus School of Art before transferring to the Art Academy of Cincinnati where he studied with Frank Duveneck. He left Ohio to work as an illustrator for several years in New York and then traveled to Paris to continue his formal studies.

By 1914, after years spent amongst the great artists of Paris, including Pierre August Renoir, Claude Monet and Edgar Degas, Hopkins returned to Ohio. He accepted a teaching position at the Cincinnati Art Academy and then at the Ohio State University.

Hopkins is best known for his paintings of beautiful women, painted in loose brushwork characteristic of the French impressionists, as well as his later and strikingly intense portraits of those living in the rural areas of the Cumberland Mountains of Kentucky.

Small patch to lower left of canvas (verso); no evidence of retouch visible under UV light; minor rubbing to frame. 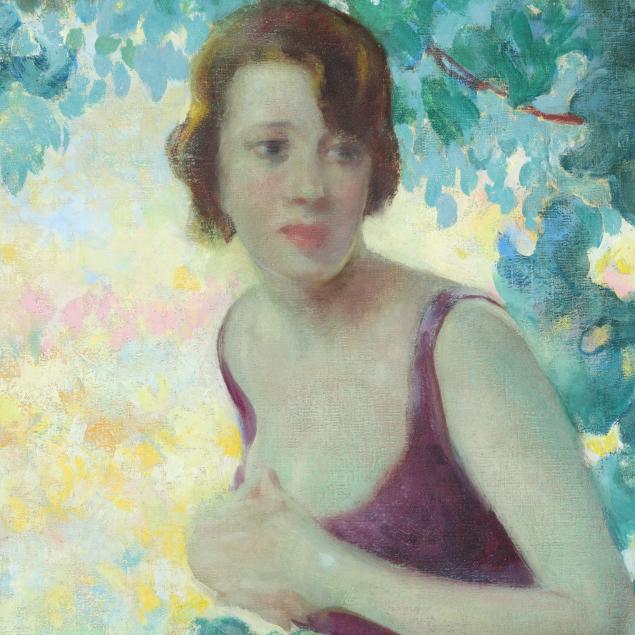 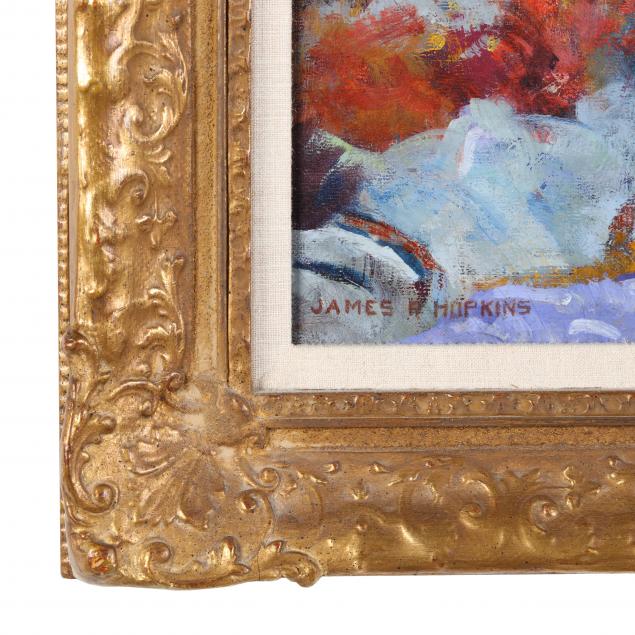 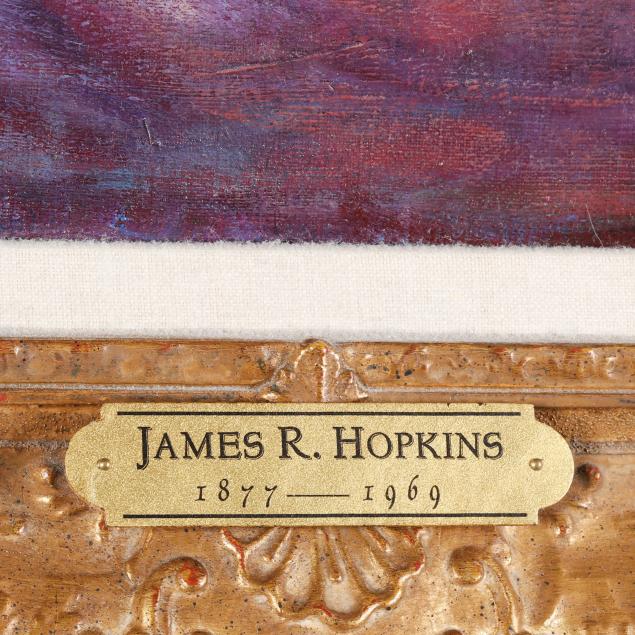 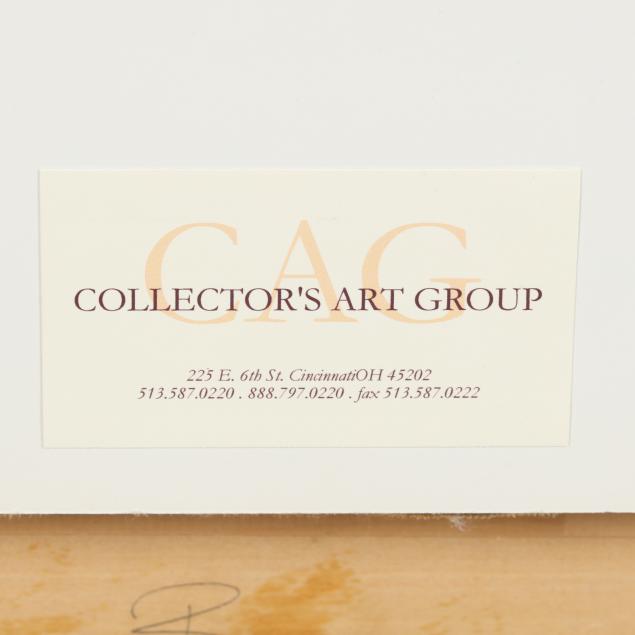 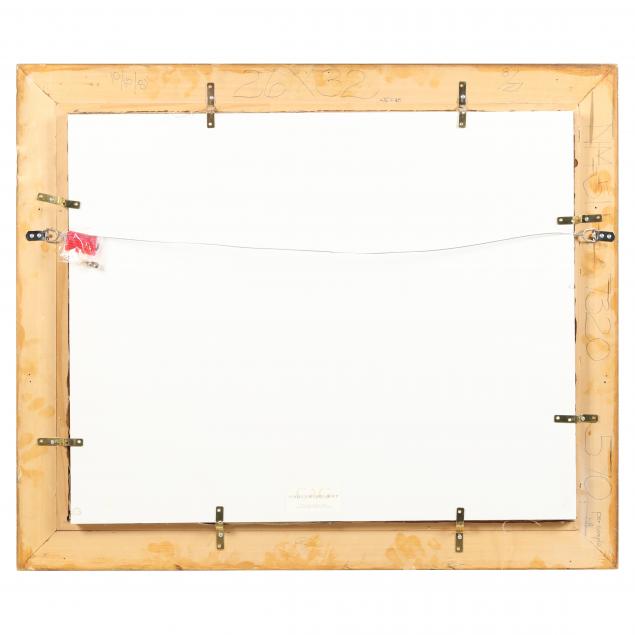