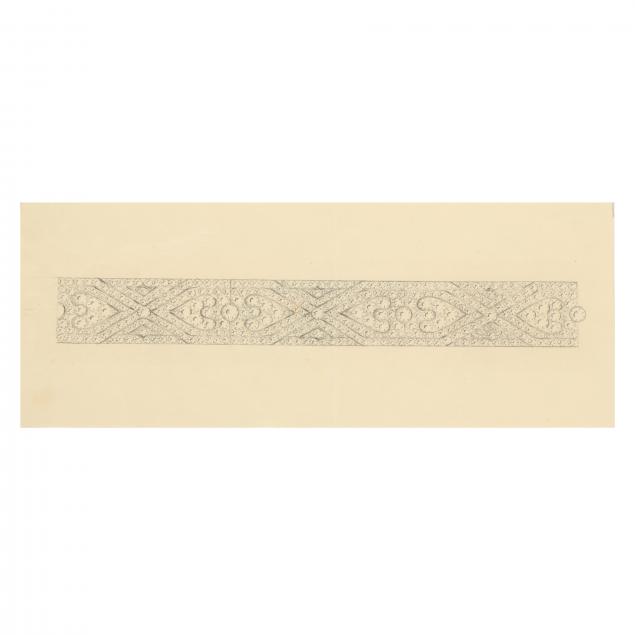 Charlotte Isabella Newman, also known as Mrs. Phillip Newman or "Mrs. N", was one of a very few women known as a metalworker and jeweler in the 19th century. Her designs were influenced Victorian-era revivalist jeweler John Brogden, whom she apprenticed for many years. Her work was well-known for fine workmanship, visual lightness, delicate use of enamels, and skilled granulation.
After Brogden's passing, "Mrs. N" eventually set up her own business as a goldsmith and court jeweler in London at 18 Clifford Street in 1894, with a number of apprentices working for her, including some craftsmen from Brogden's business. She then relocated to 10 Savile Row in 1899, where she remained until her retirement in 1910. The business continued under the direction of her daughter and granddaughter until 1927 it was relocated to 68 Duke Street, and where it remained until the outbreak of WWII.

Good condition, some light toning and foxing to sheet and matting; verso to some drawings with mounting marks. 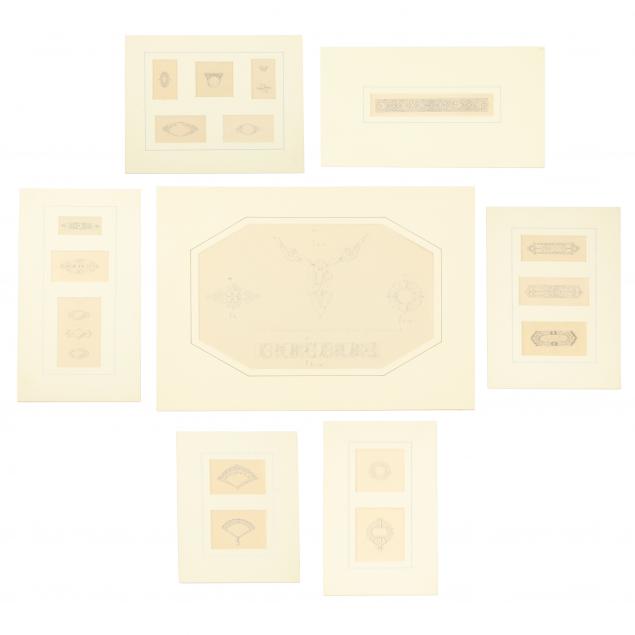 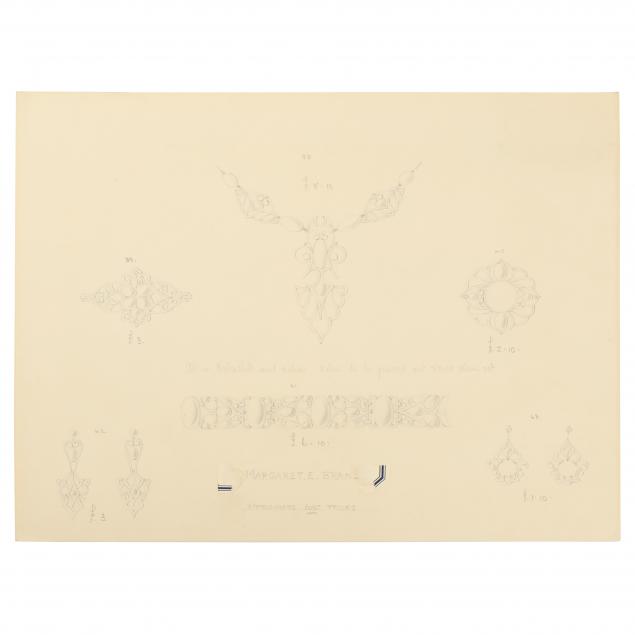 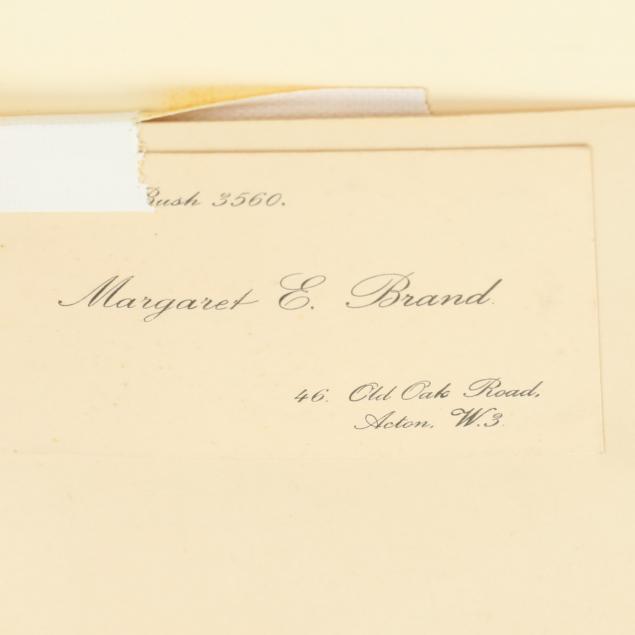 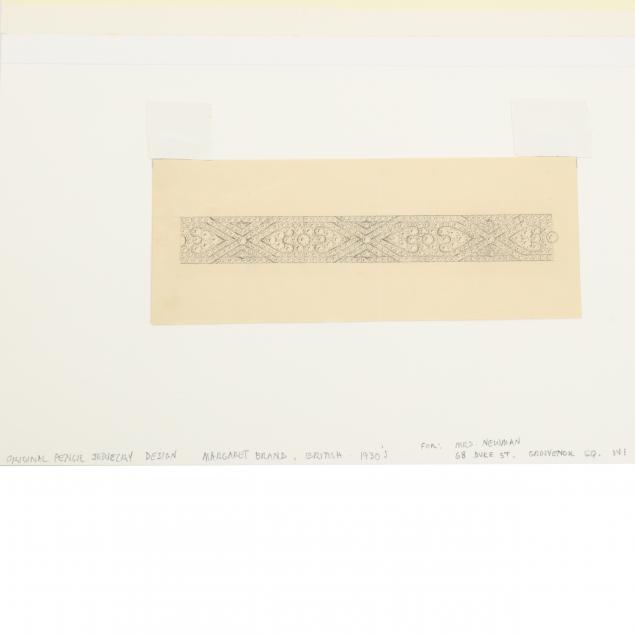 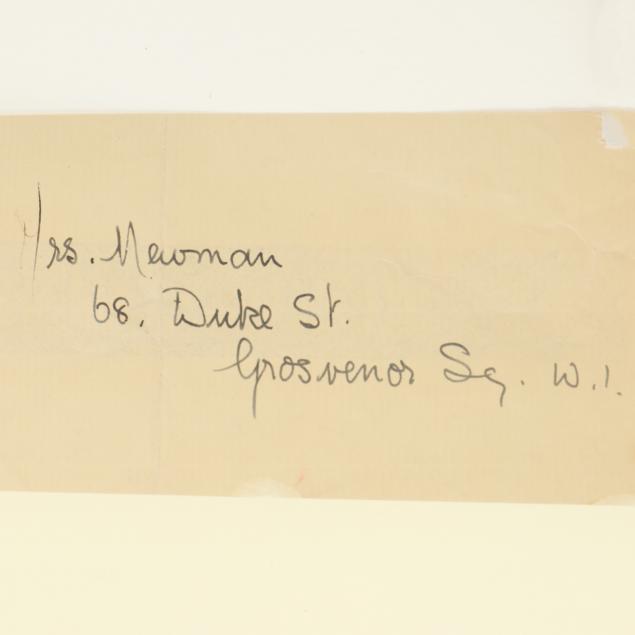 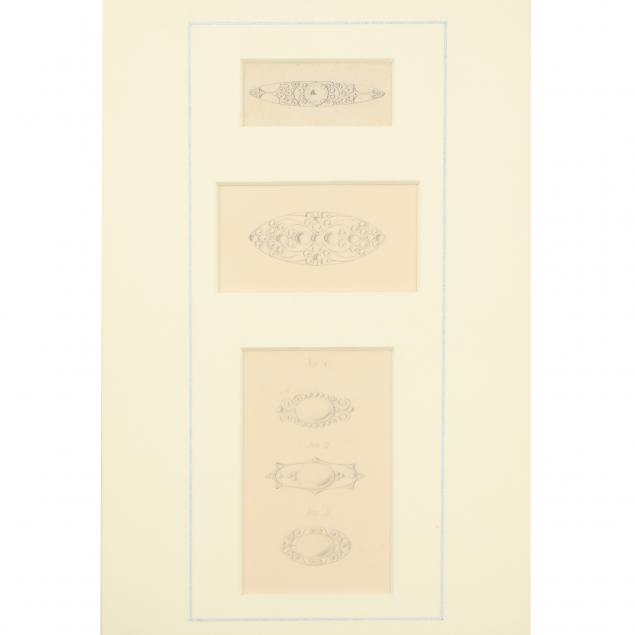 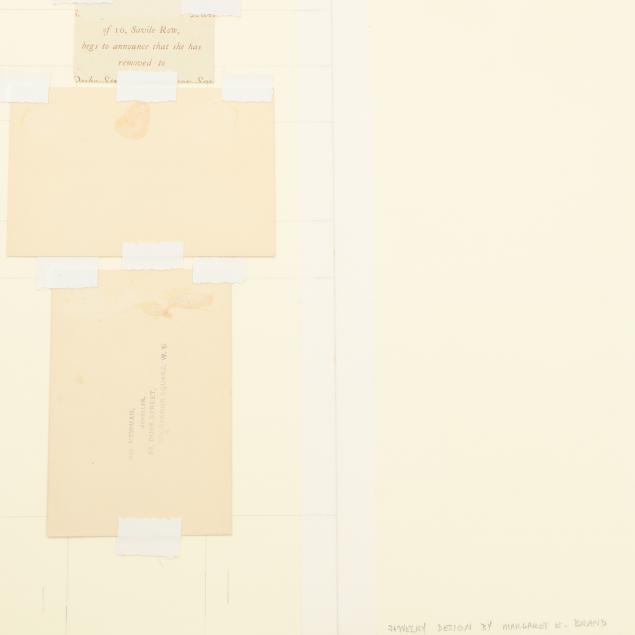 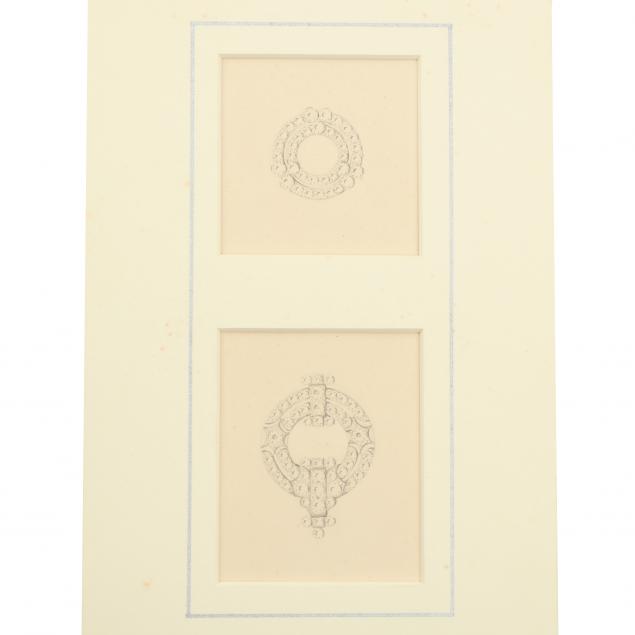 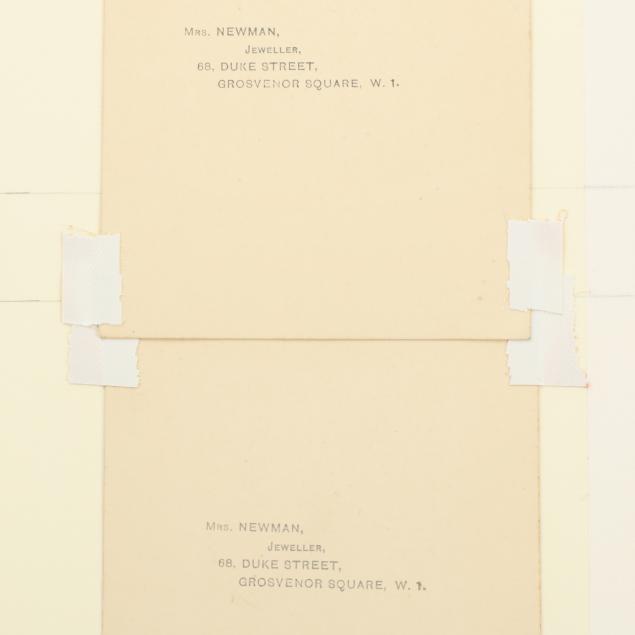 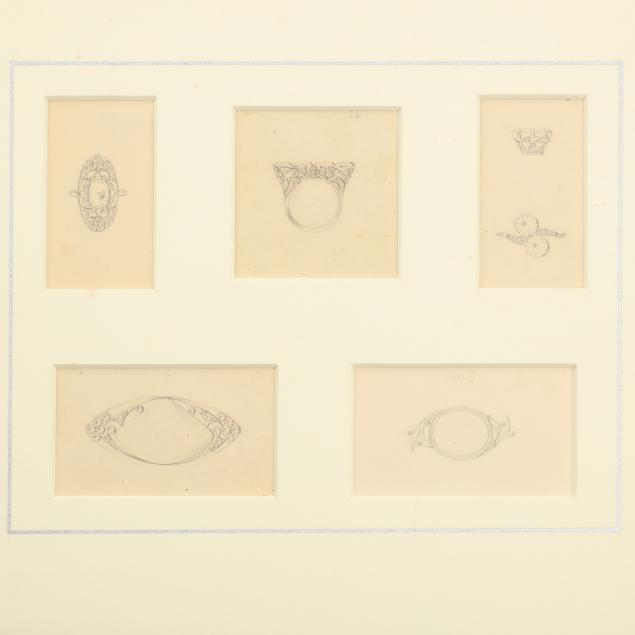 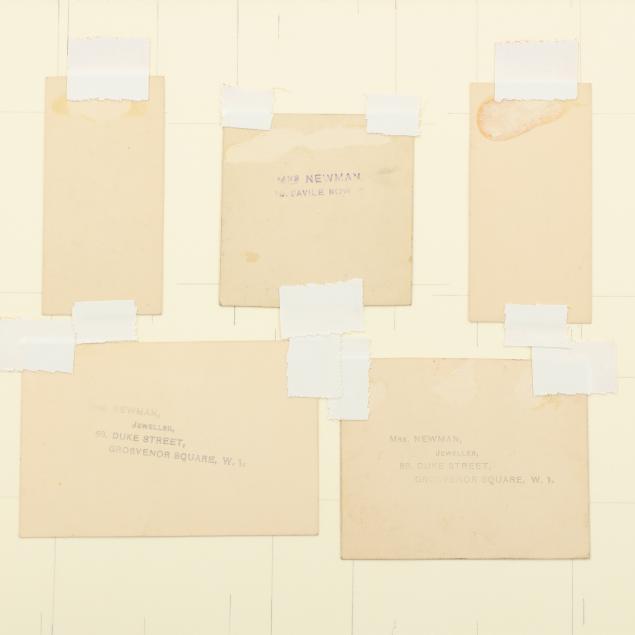 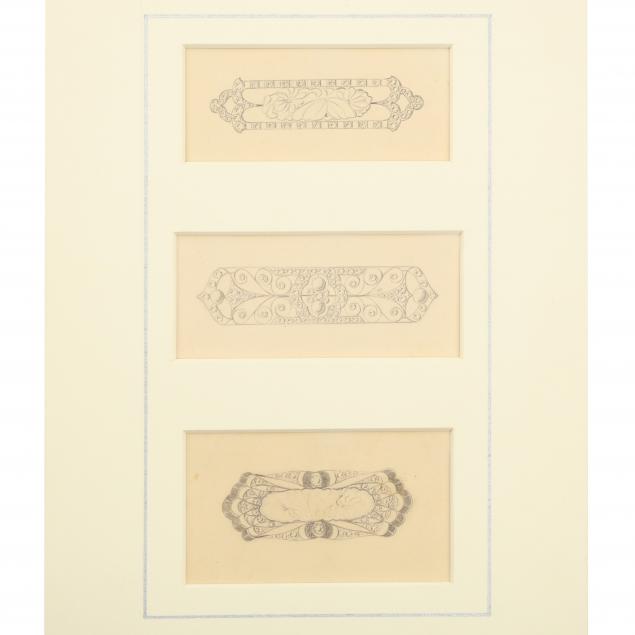 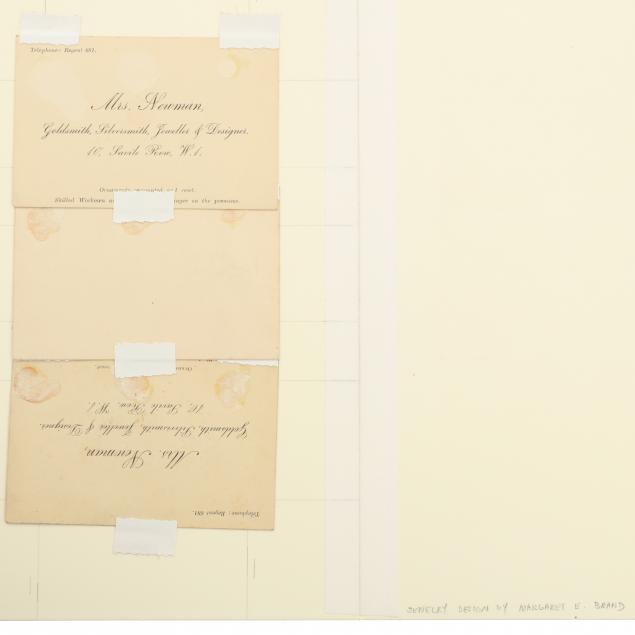 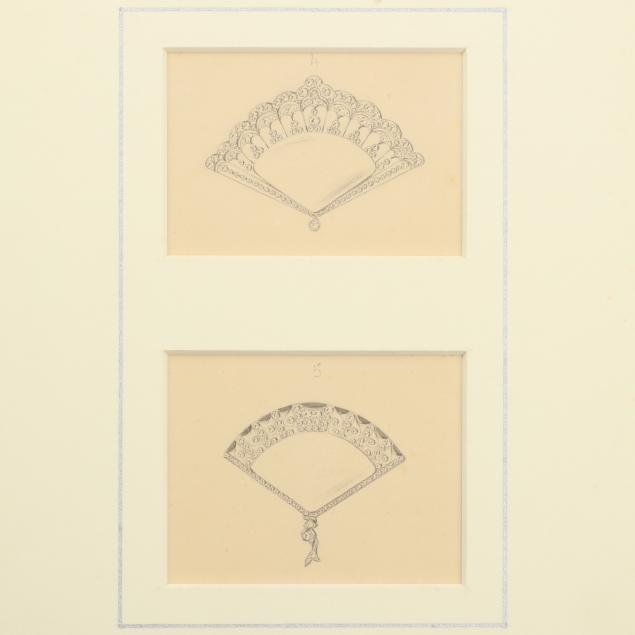 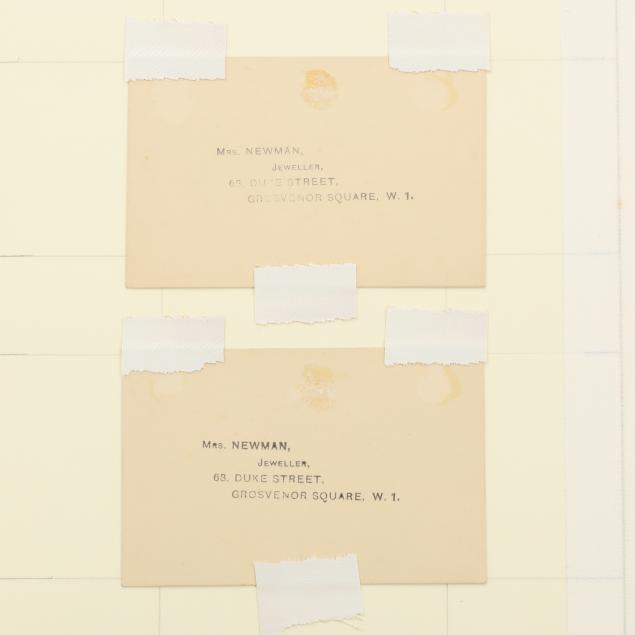