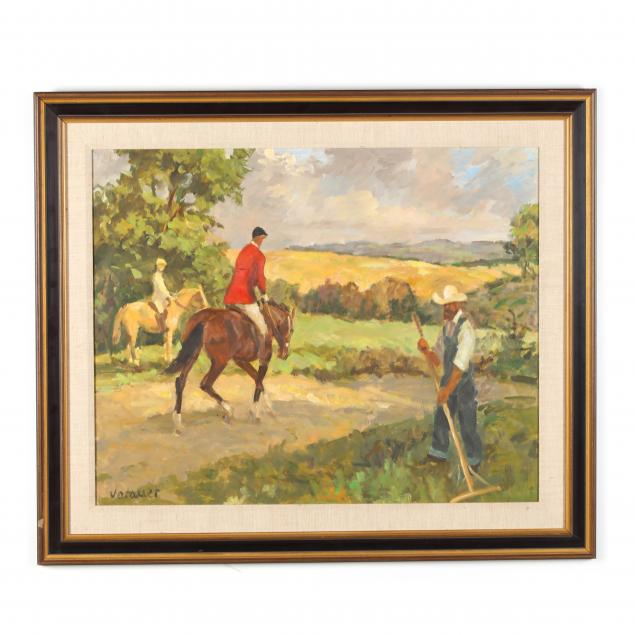 Lot 416
Anton Vorauer (American, 1905-1985), Off to the Hunt
Lot Details & Additional Photographs
Oil on board, signed at lower left, presented in a period frame.

Anton Vorauer was an art professor at the Vienna Fine Art Academy from the late 1920s until the outbreak of World War II. While painting at the Parthenon in Athens, he was involuntarily drafted as a Greek translator for the German Army. After the war, he and his wife emigrated to the United States. He became a sought after portrait artists, earning many lucrative commissions from New York to Georgia to North Carolina.

Small area of paint loss to rider's red jacket; chip to frame; no evidence of restoration visible under UV light. 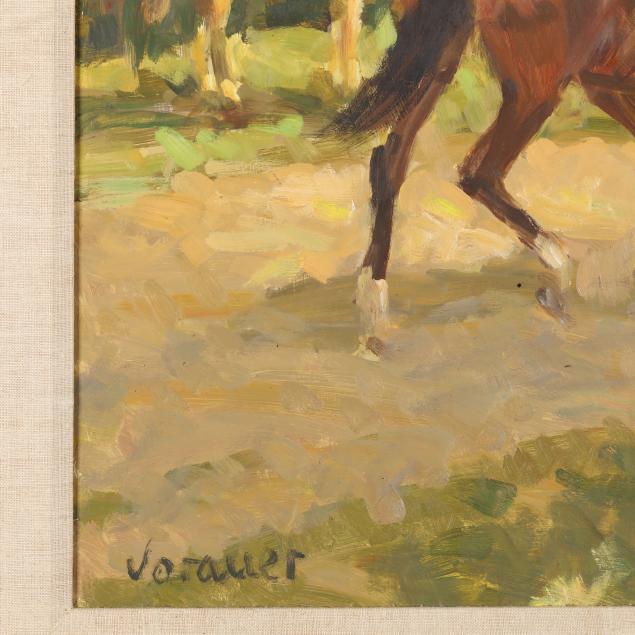 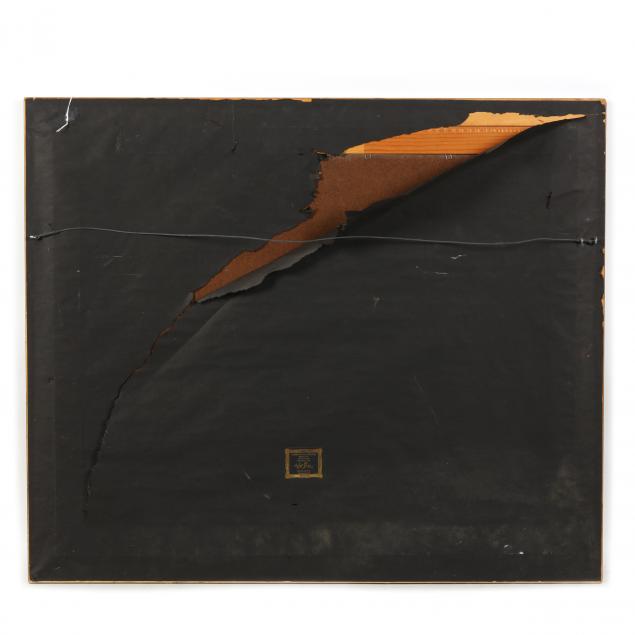