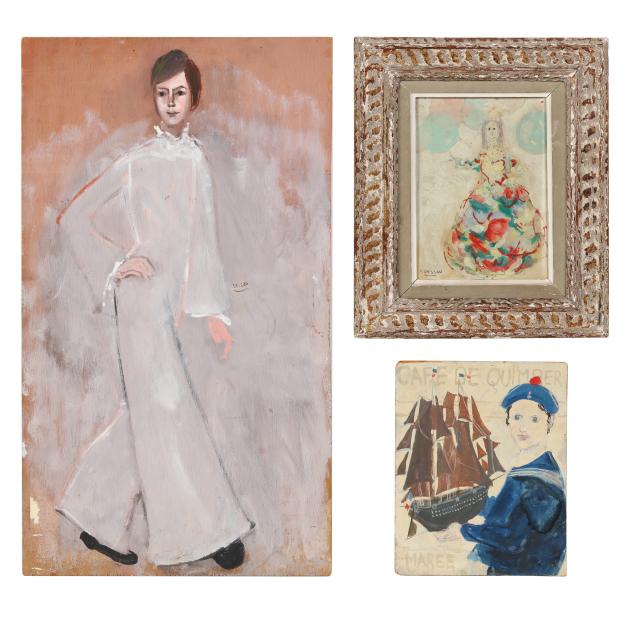 Lot 111
Paul Lucien Dessau (British, 1909-1999), Three Figural Paintings
Lot Details & Additional Photographs
The first an oil on Masonite of a young woman with balloons, signed at lower left, presented in an attractive period frame (Frame dimensions 13 3/4 x 11 1/4 in.) (light surface grime, small pinhole in upper right corner, minor chipping to frame); the second a small oil on Masonite of a young sailor holding a model ship and inscribed "Cafe de Quimper" and "Maree," signed, unframed (9 3/8 x 7 1/2 in.) (rubbing and wear to edges, light surface grime); and the third an oil on panel of a young man, signed at middle center, unframed (24 3/8 x 13 1/2 in.) (minor surface grime and some light abrasions). 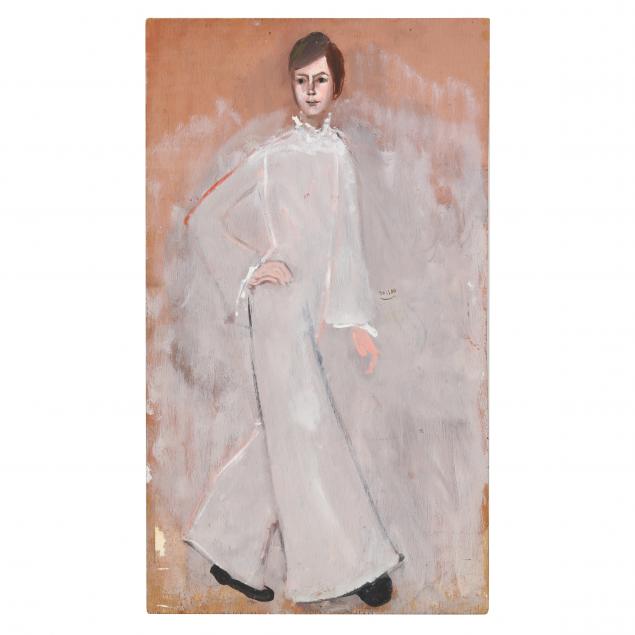 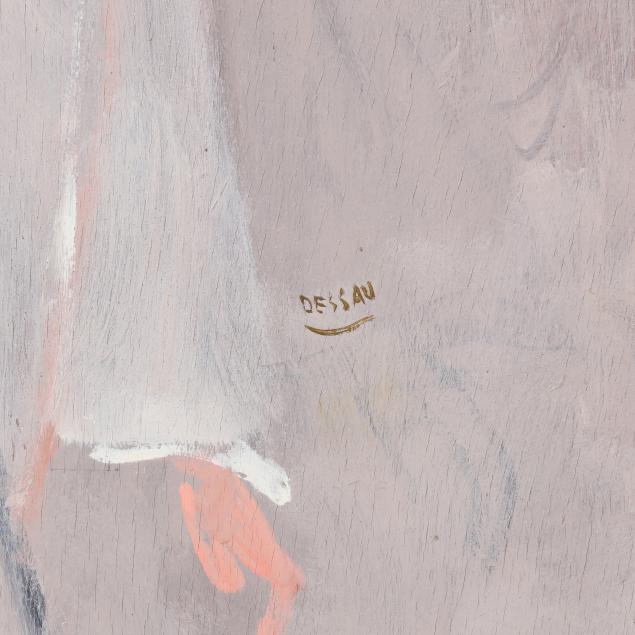 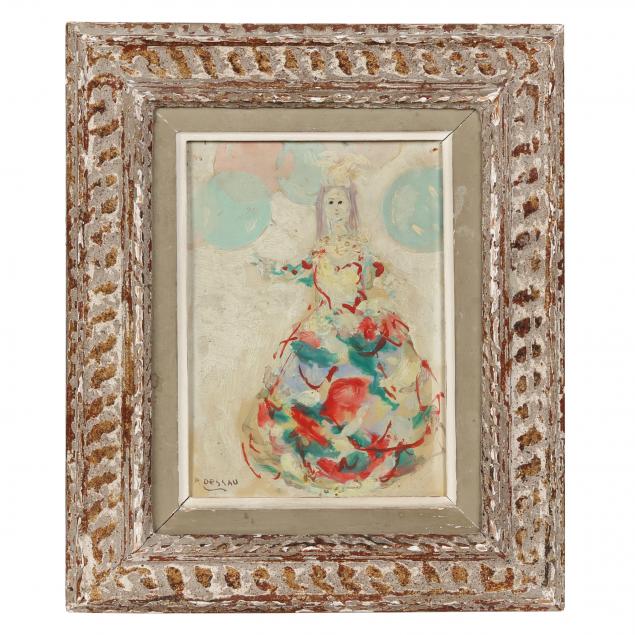 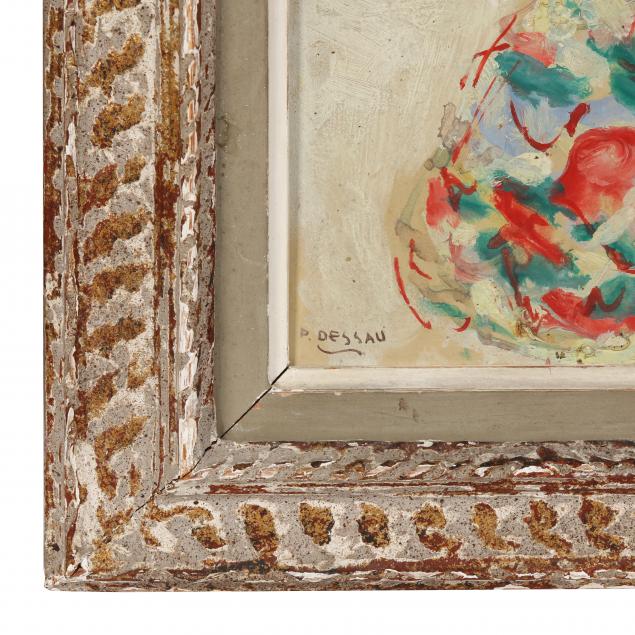 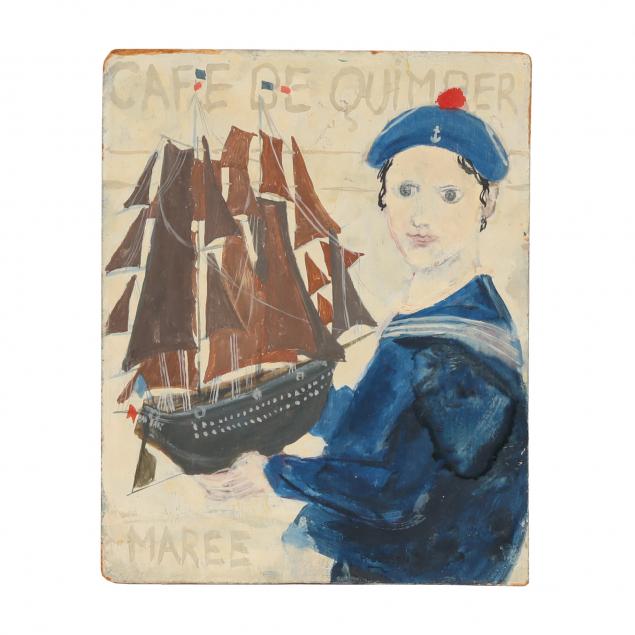 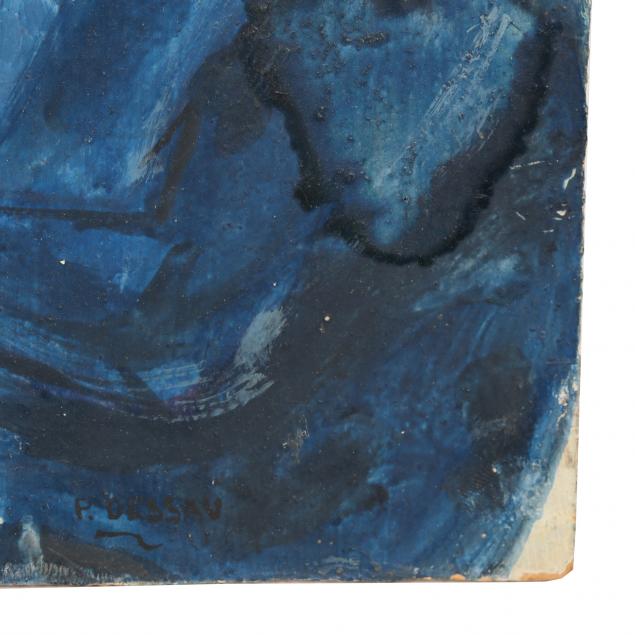 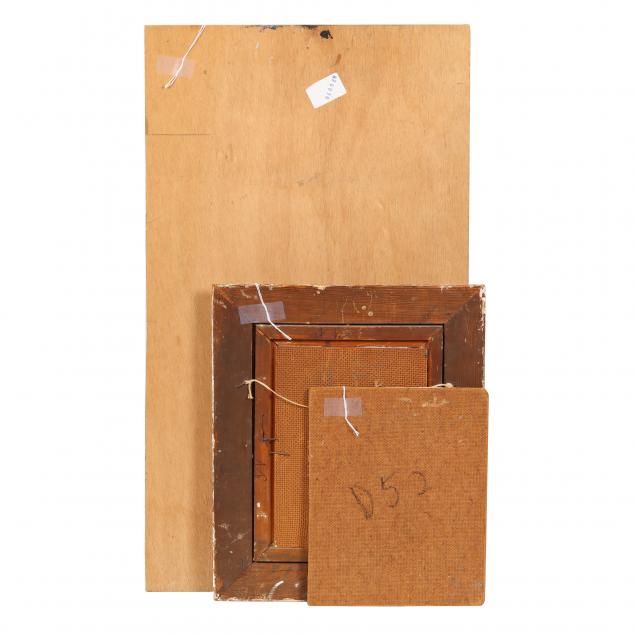