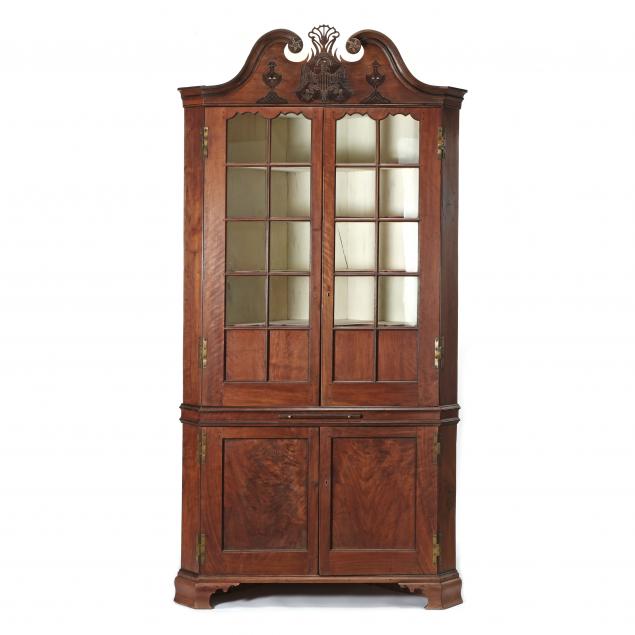 By direct Powell family descent (Lewiston, NC) until acquired by the current consignor in 2017. This is the first time this corner cupboard has ever been offered to the public.
On loan 2017 - current: Hope Plantation, Windsor, North Carolina.


Masterfully conserved by Andrew Ownbey in 2019. Full conservation report: Conservation Report
Overall excellent condition including rose-head nail construction, original hinges and ogee feet.
Restored flame finial; the upper part of the tympanum at each scrolled pediment has been raised to its original height - 1.5" visible, 4" total (2.5" hidden to support the molding); the applied cornice moldings have been extended 3" at their bottom far left and right side by the return to their original length; upper case interior with later paint based on traces from the original paint.
Partial remains of original finial now properly secured to the inside of the lower cupboard. 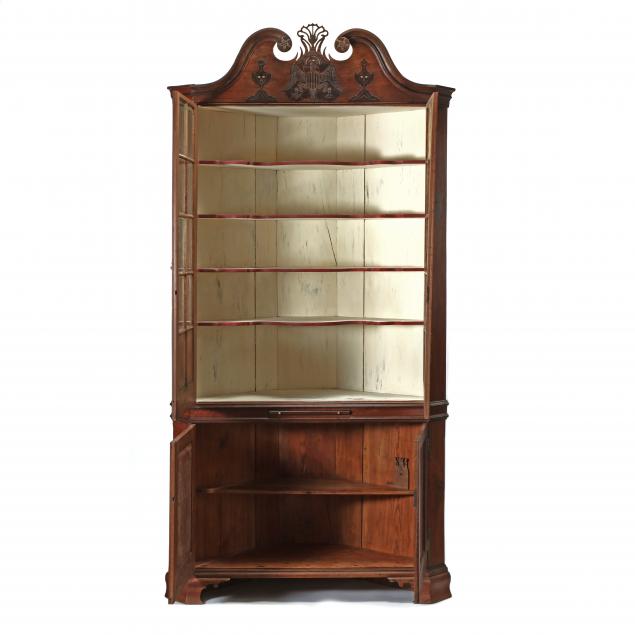 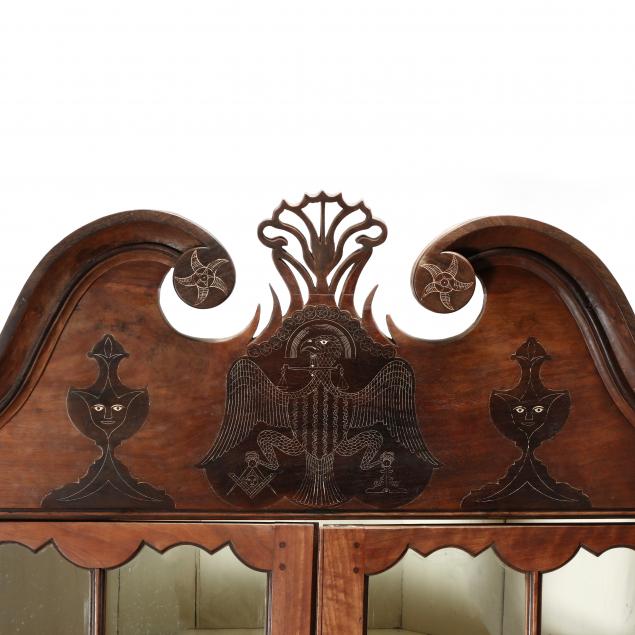 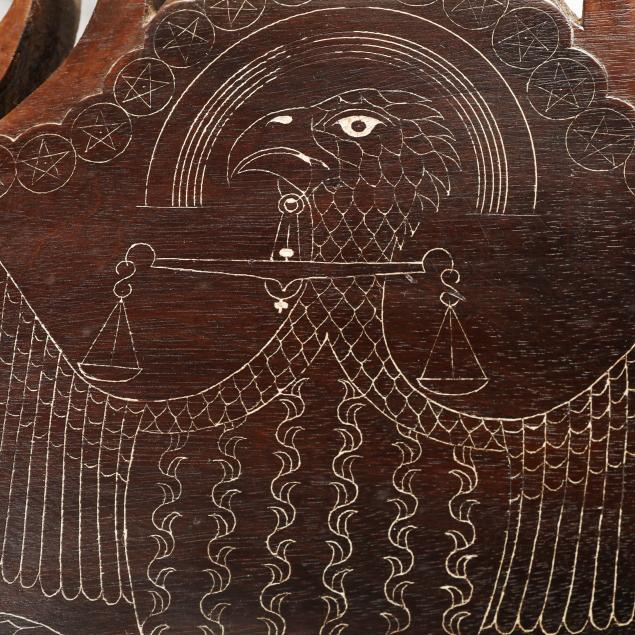 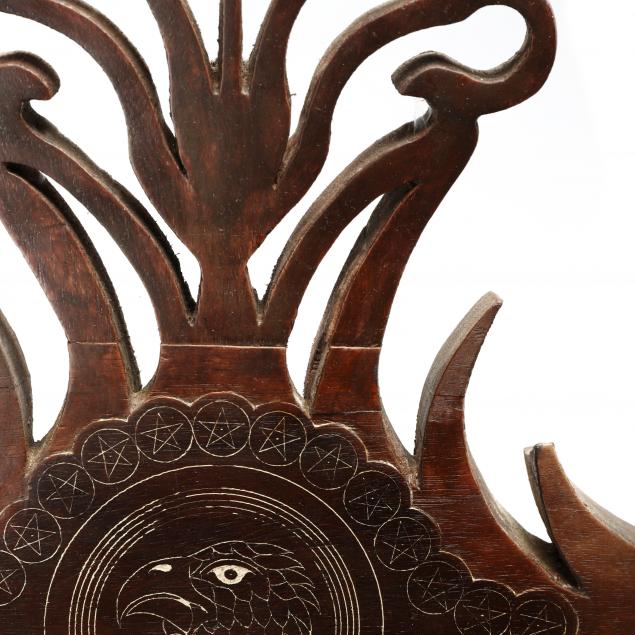 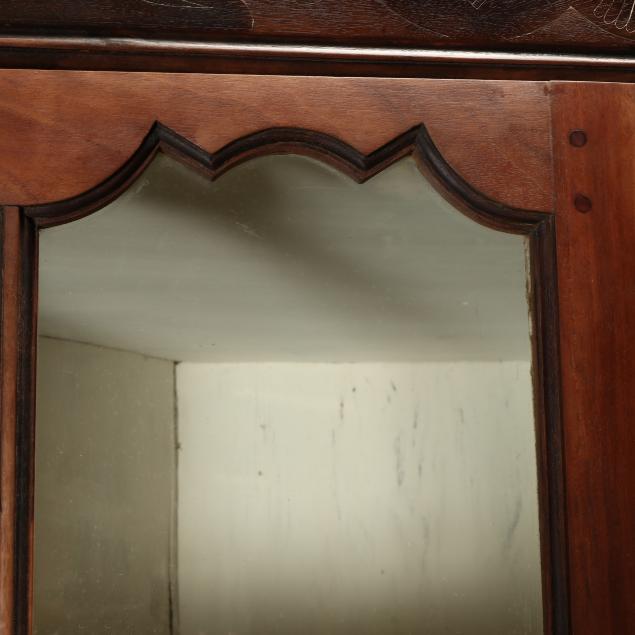 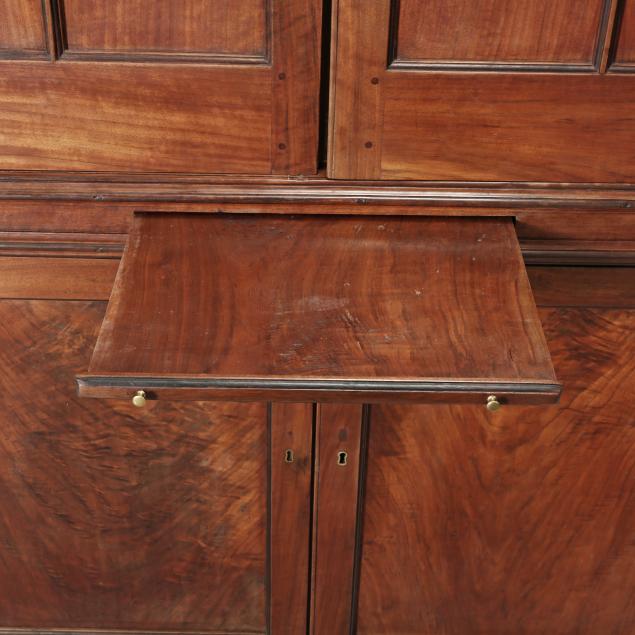 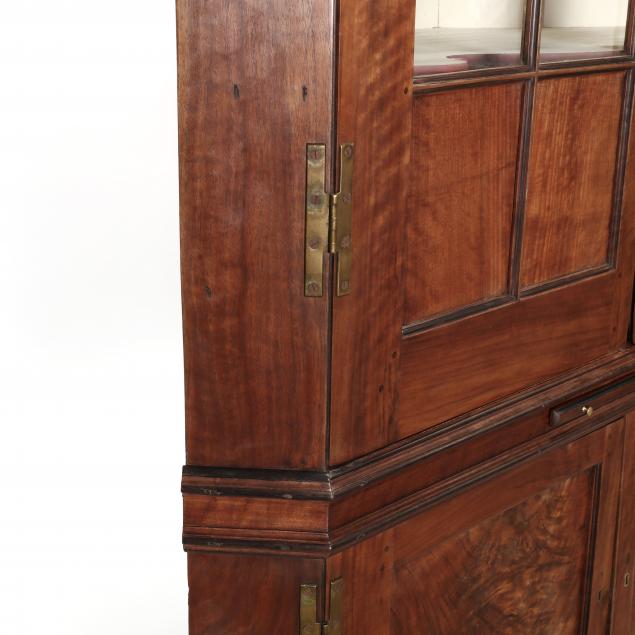 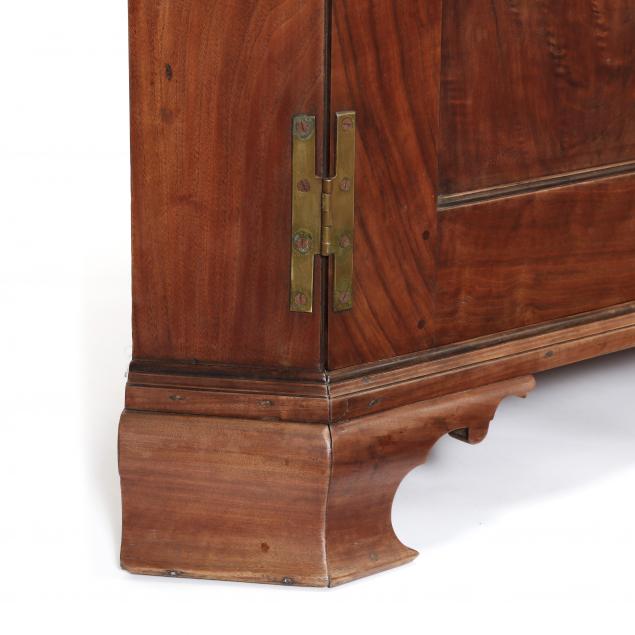 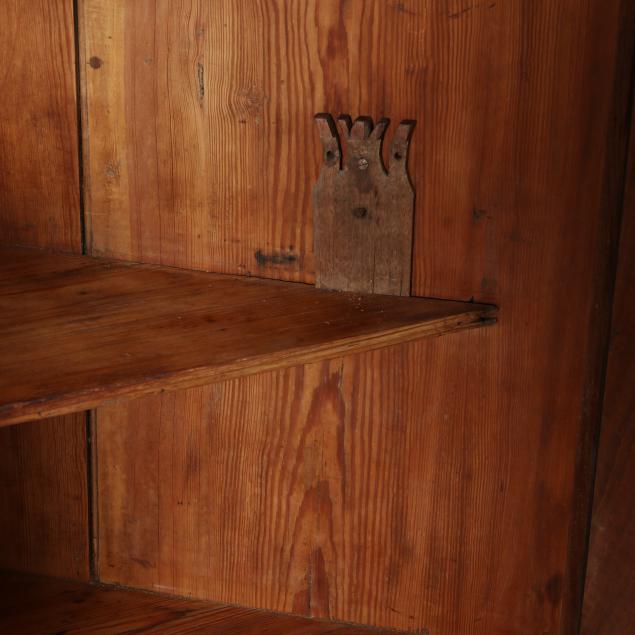 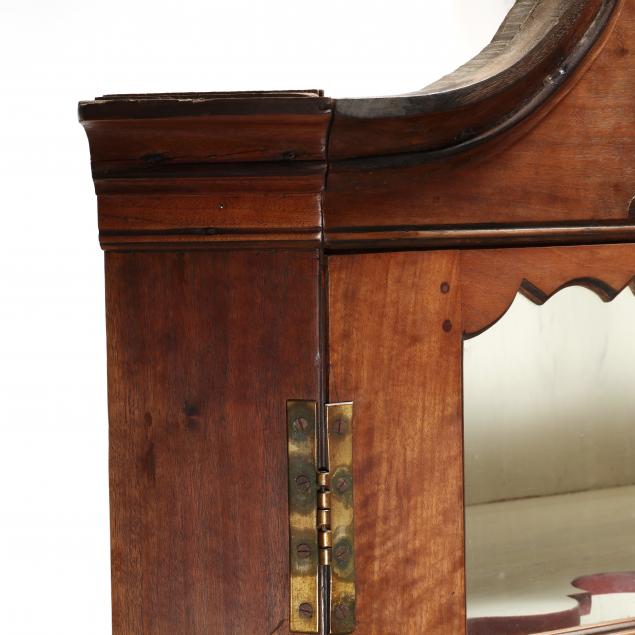 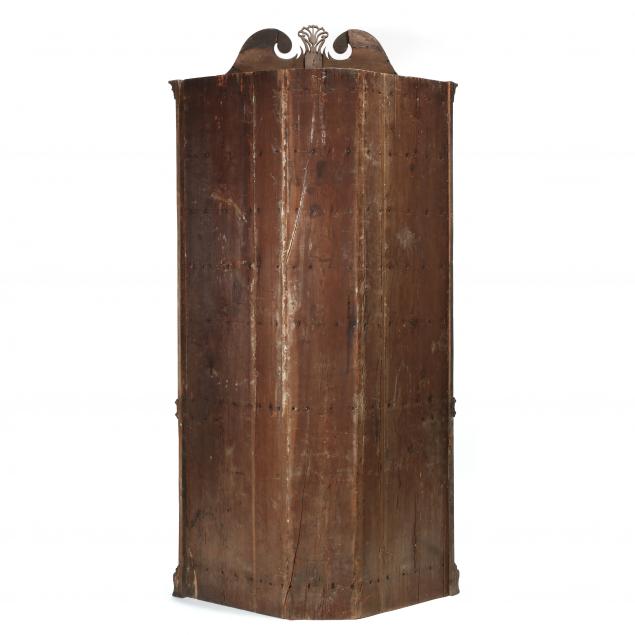 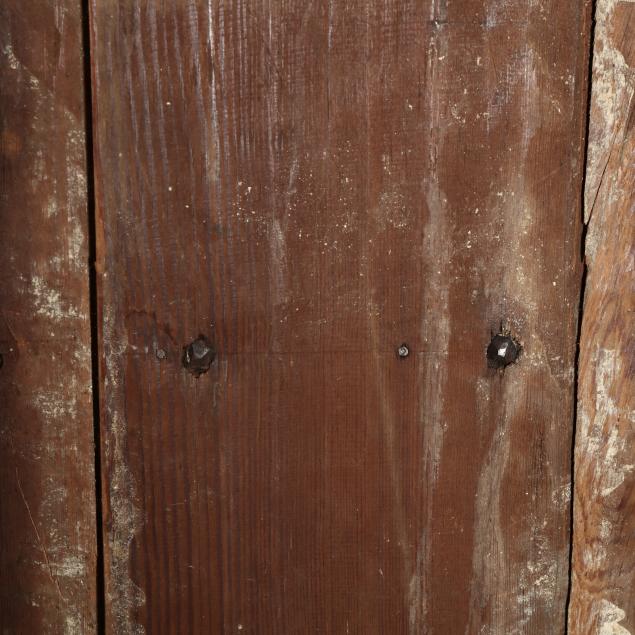 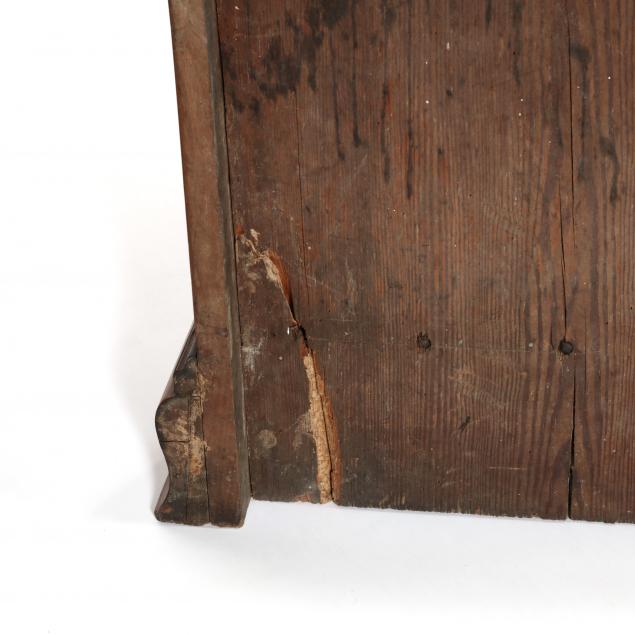 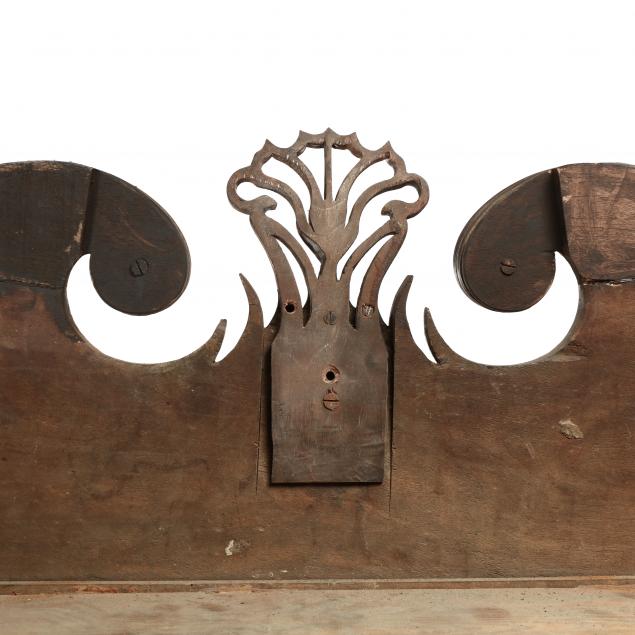 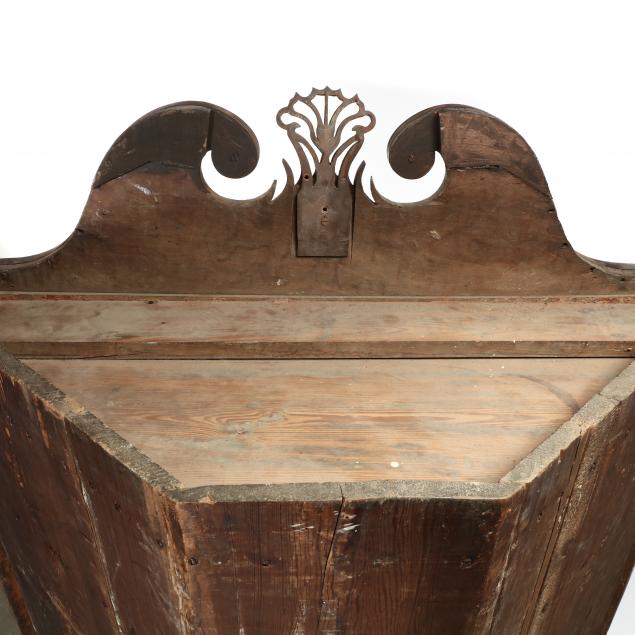 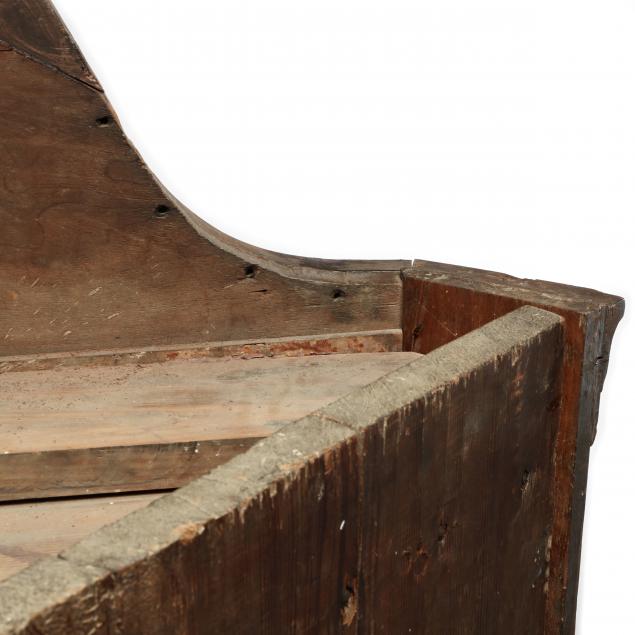 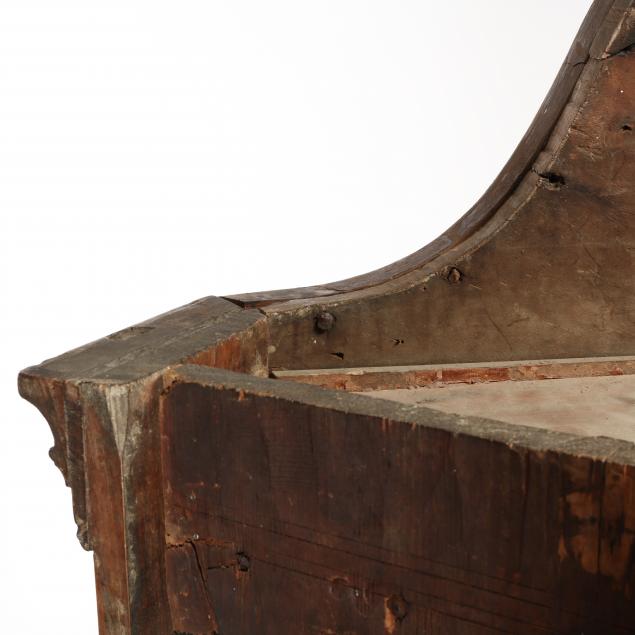 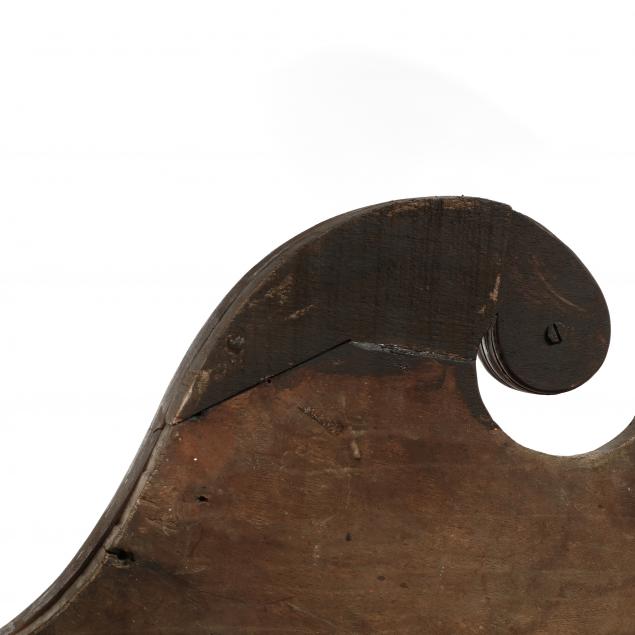 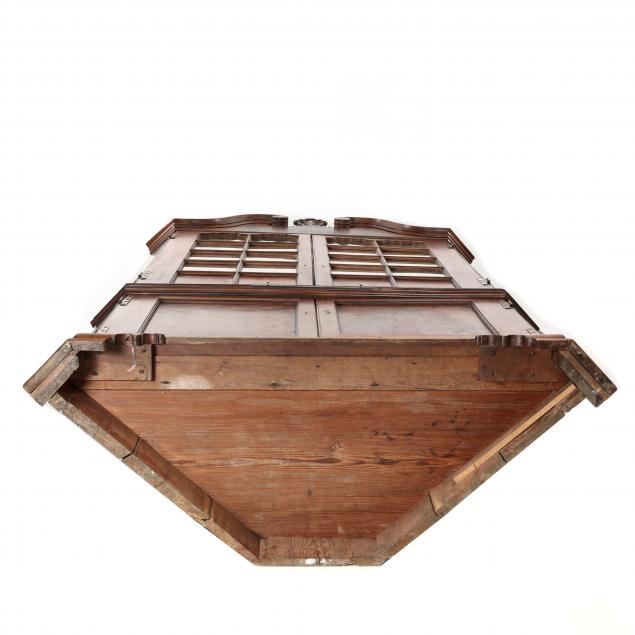 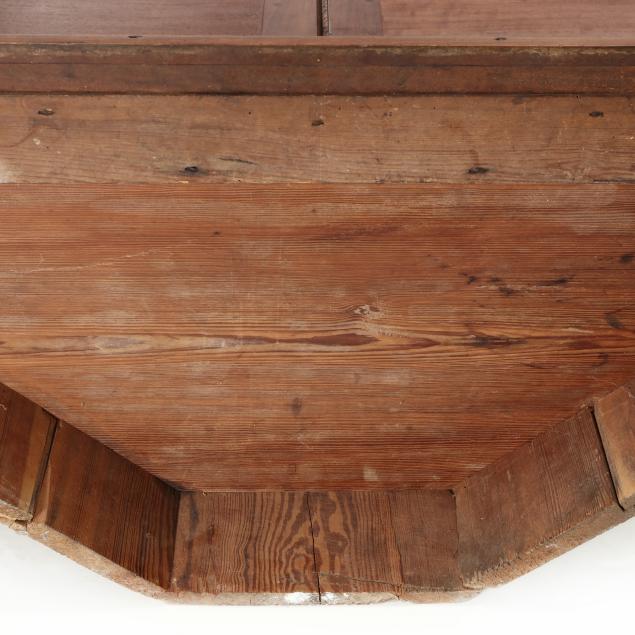 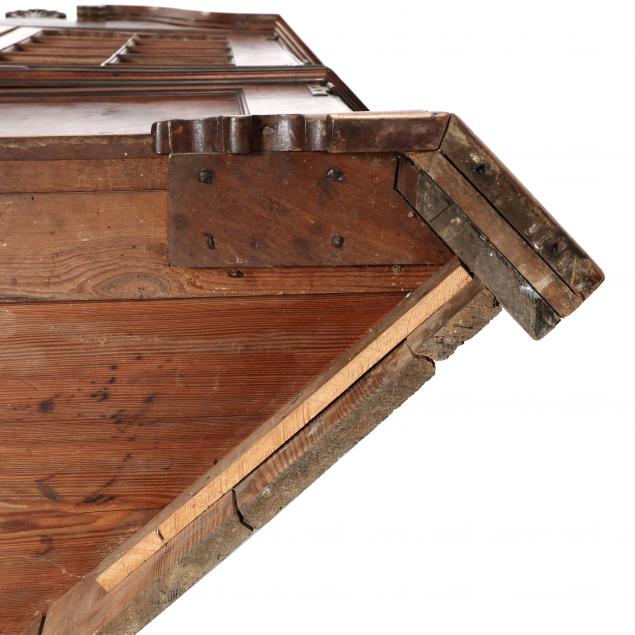 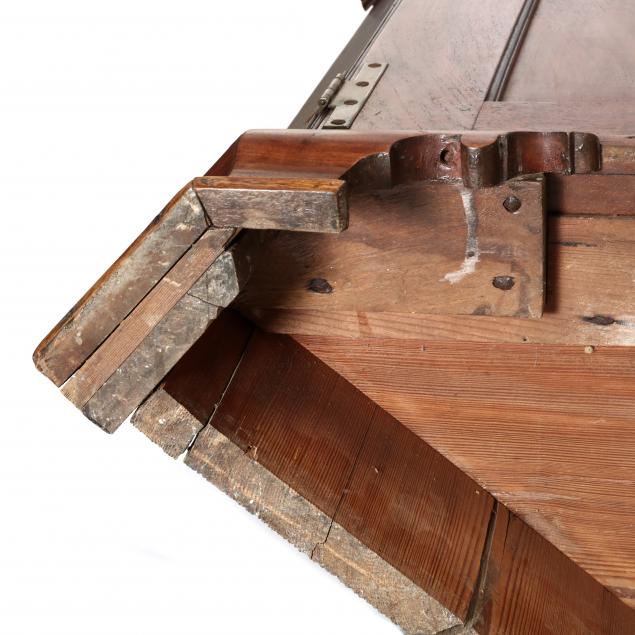