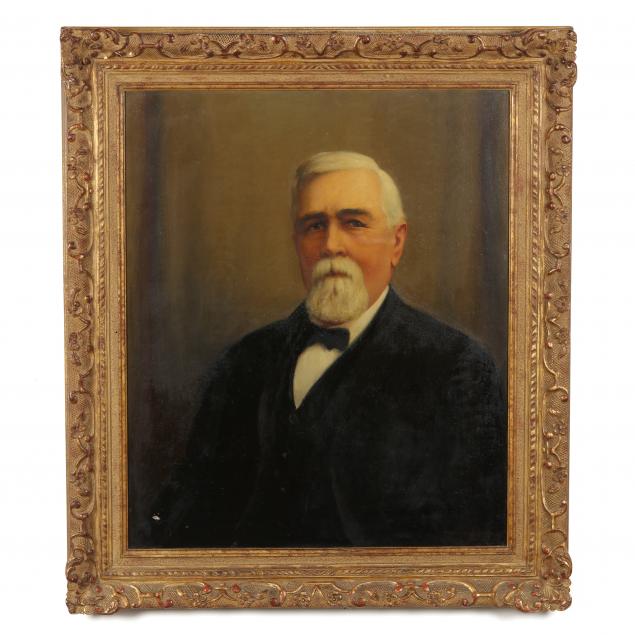 Charles Courtney Curran was a prolific American impressionist. Born in Kentucky, he moved to Ohio to study at the Cincinnati School of Design. One year later he was off to New York and enrolled at the National Academy of Design. He continued his studies at the Art Students League before leaving for Paris, and the Academie Julian, in 1889.

Frames from the M. Grieve Co. of New York and London frame paintings by George Bellows, Thomas Gainsborough, Robert Henri and others.

Area of paint loss and abrasion at lower left corner; no evidence of retouch visible under UV light. 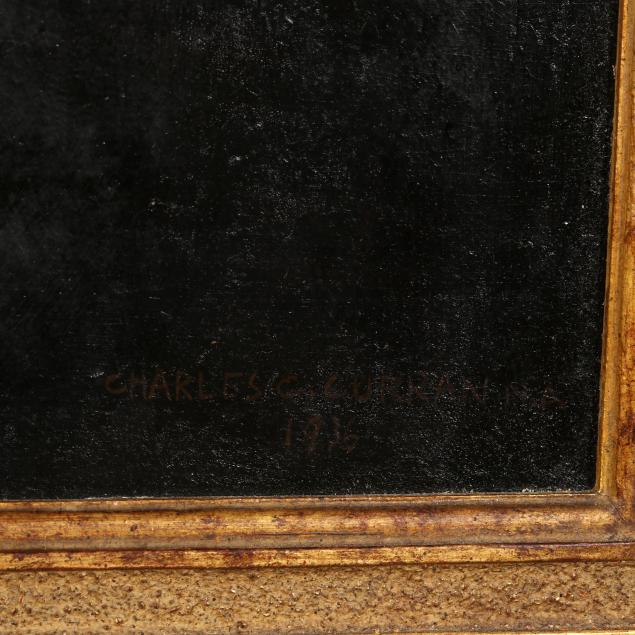 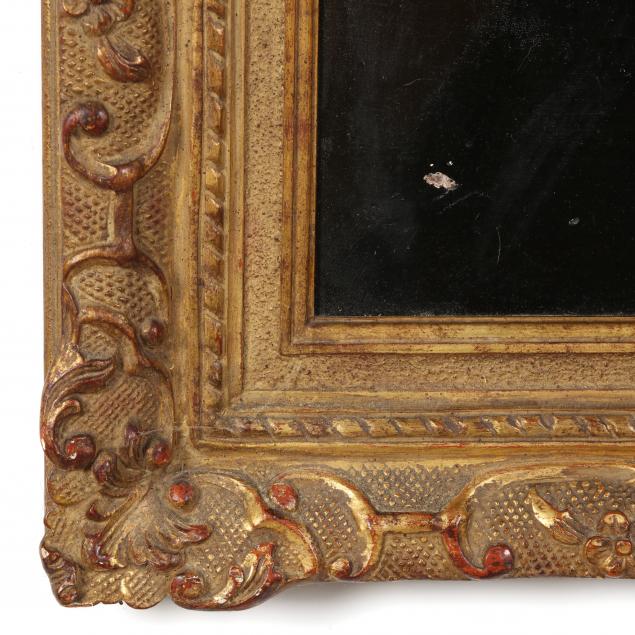 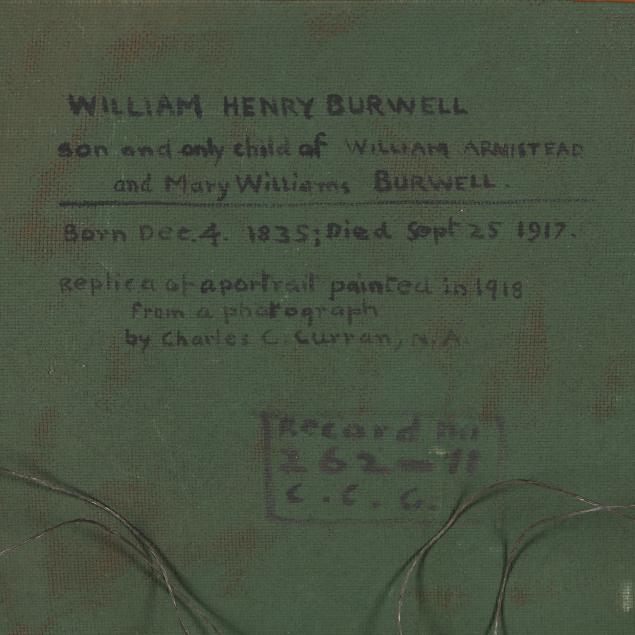 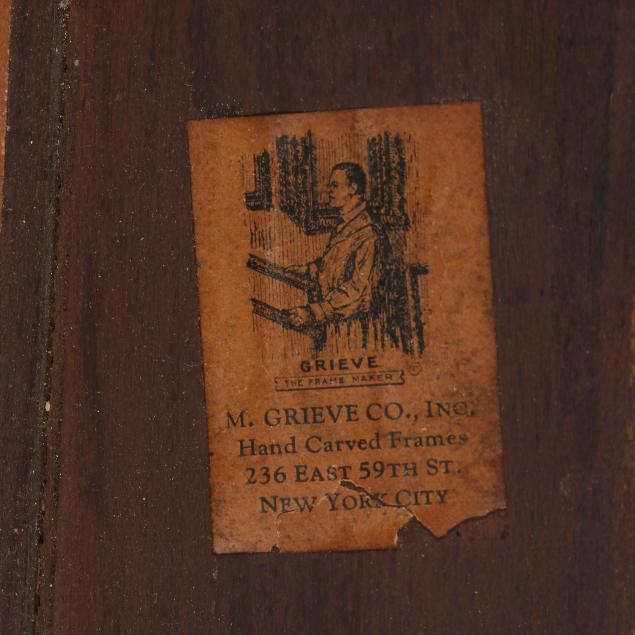 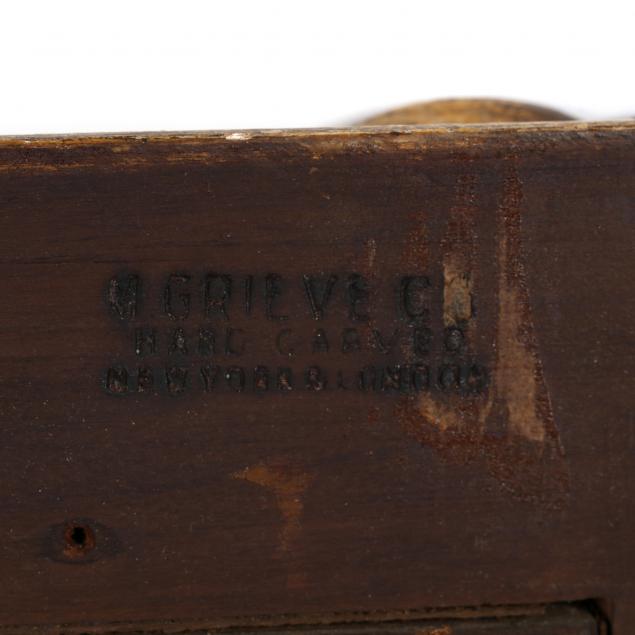 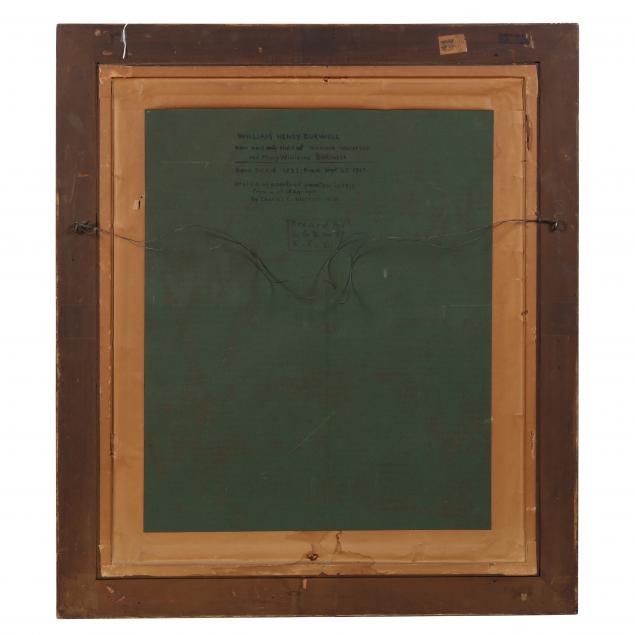