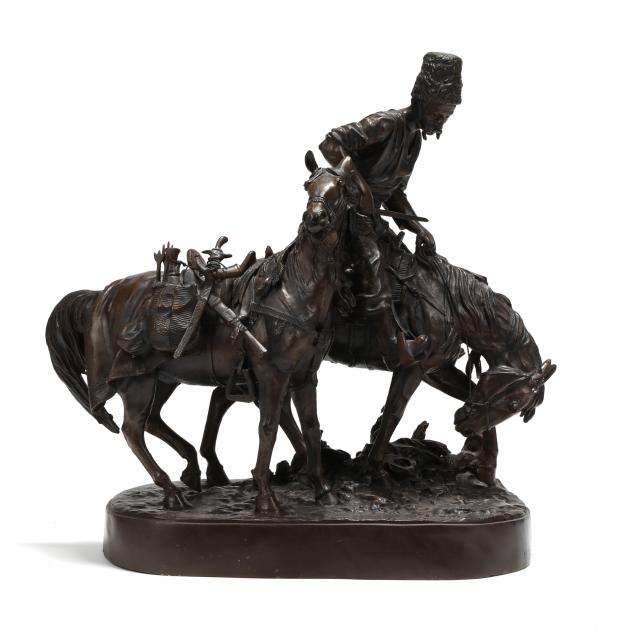 Evgeni Lanceray, romanized to Eugene Lanceray, was an exceptionally well known Russian sculptor of the 19th century. He is particularly noted for his strong modeling of horses and interest in Middle Eastern and Russian subjects.

Some rubbing to patina, some scattered white accretions to crevices, else good condition. 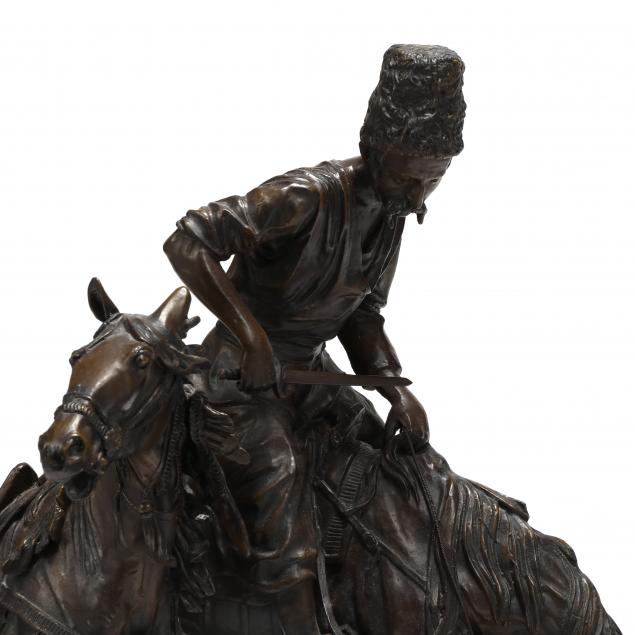 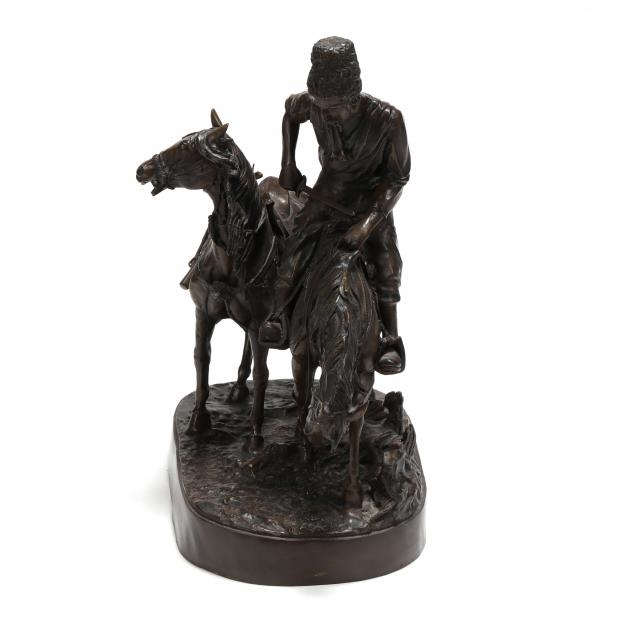 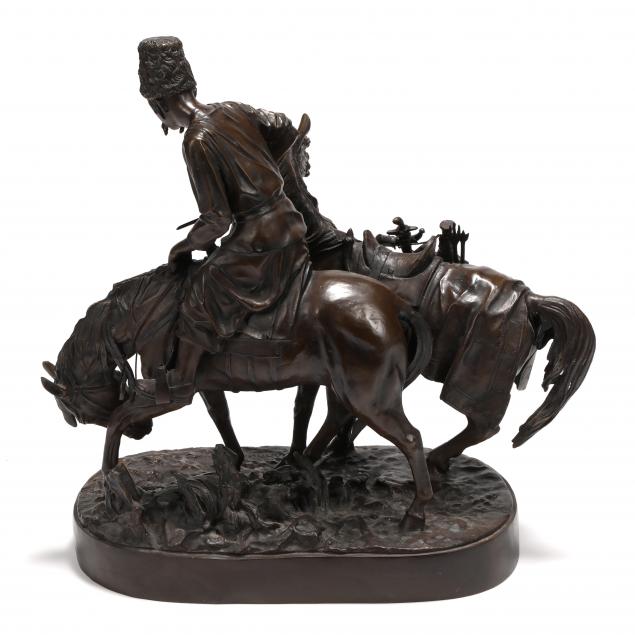 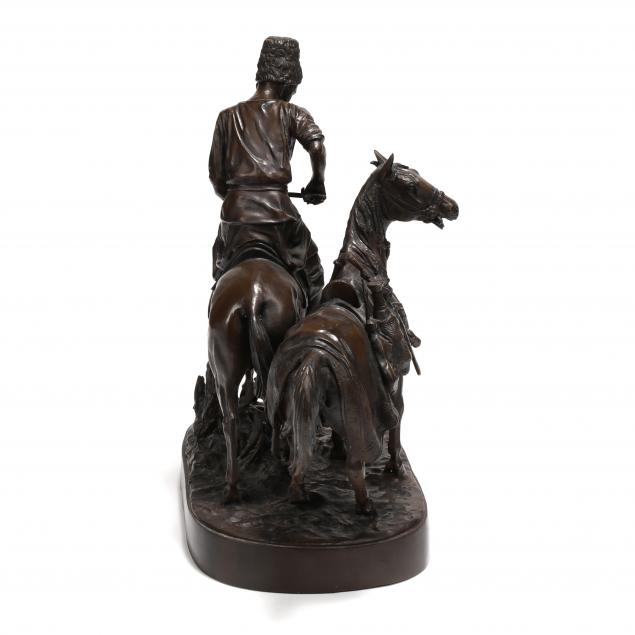 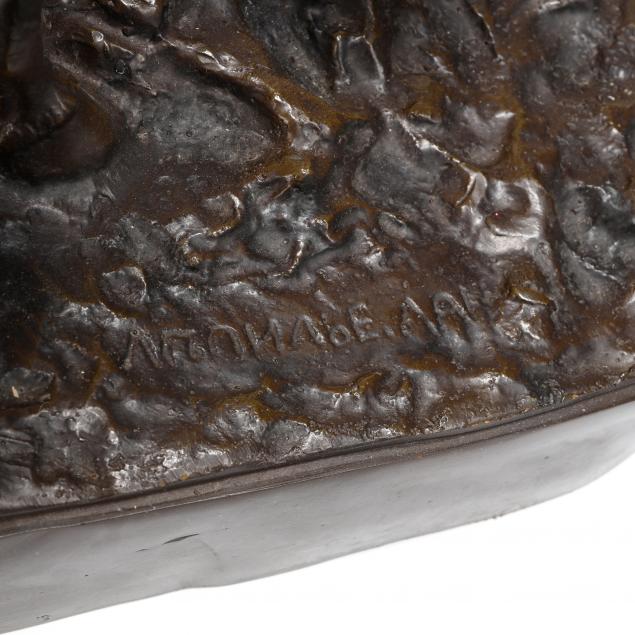 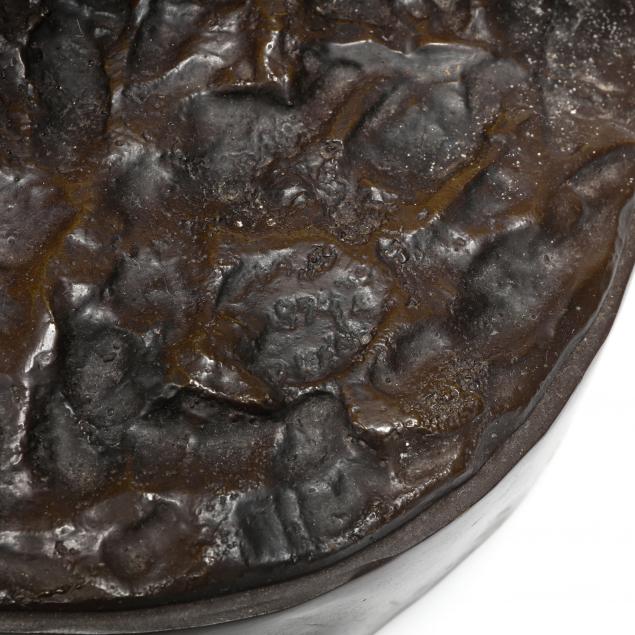