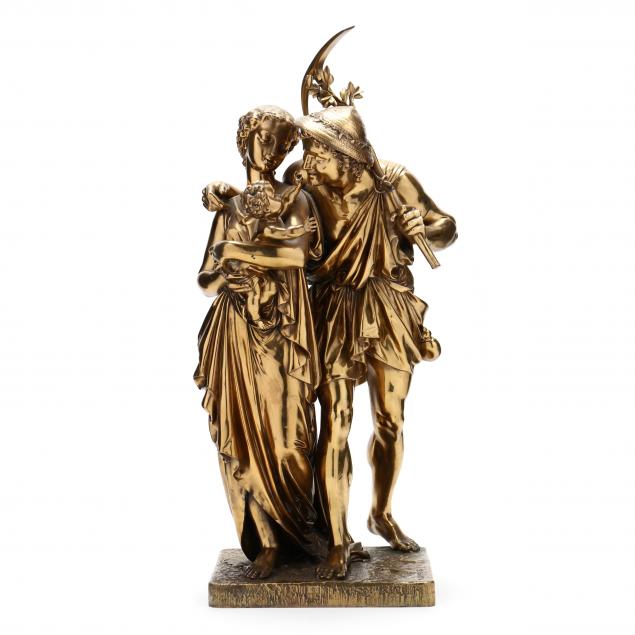 Henry Etienne Dumaige was a French figural sculptor known for depictions of mythological, historical, and genre themes. A student of Jean Feuchère and Christophe Dumont, he went on to exhibit at the Paris Salon several times throughout his life, and winning the second class medal in 1880. He participated in Exposition Universelle of 1878 in Paris, where composed two caryatides-women-torchères for Houdebine foundry. He also made statues for the Hôtel de Ville in Paris, and a marble sculpture of François Rabelais, a French Rennaisance poet, located in a small park near Loire river in Place Anatole, Tours.

Some areas of rubbing and scratches to gilt; some scattered verdigris; casting separation to male figure's left arm is slightly loose; separation to pick axe handle. 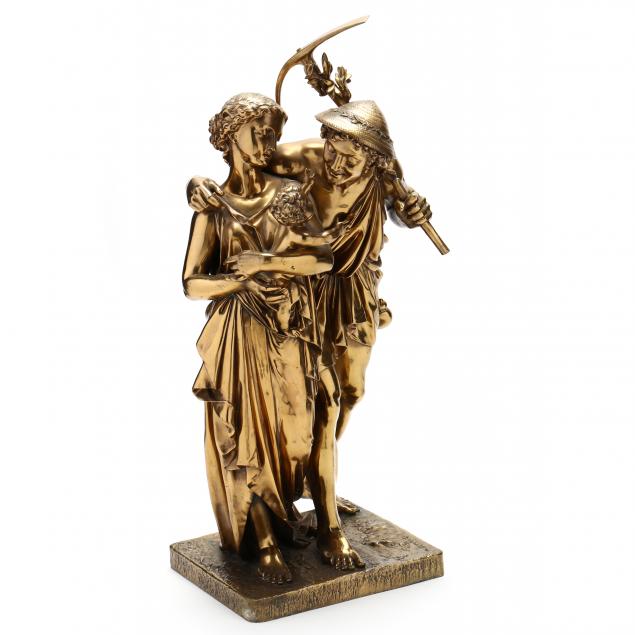 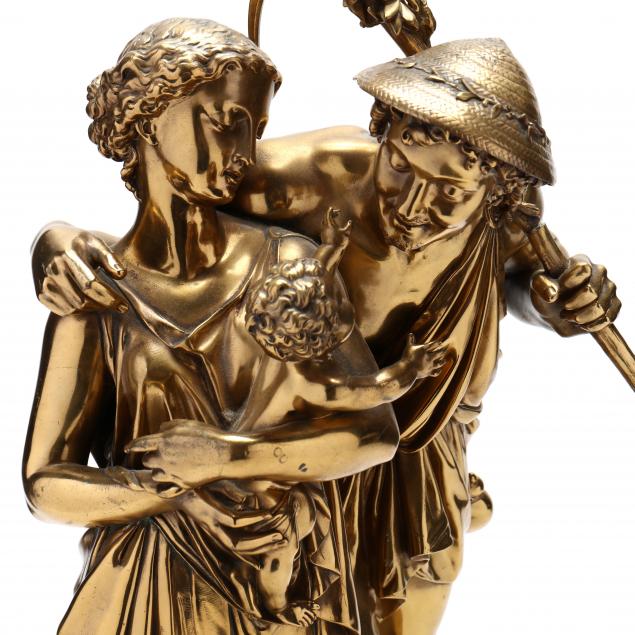 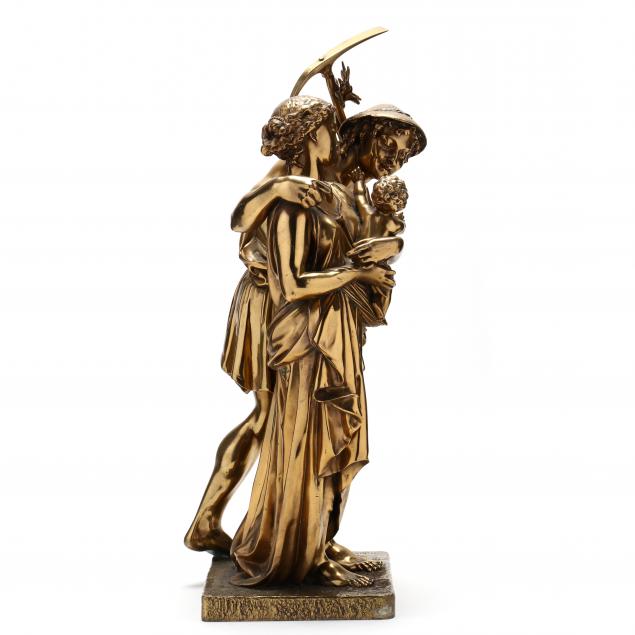 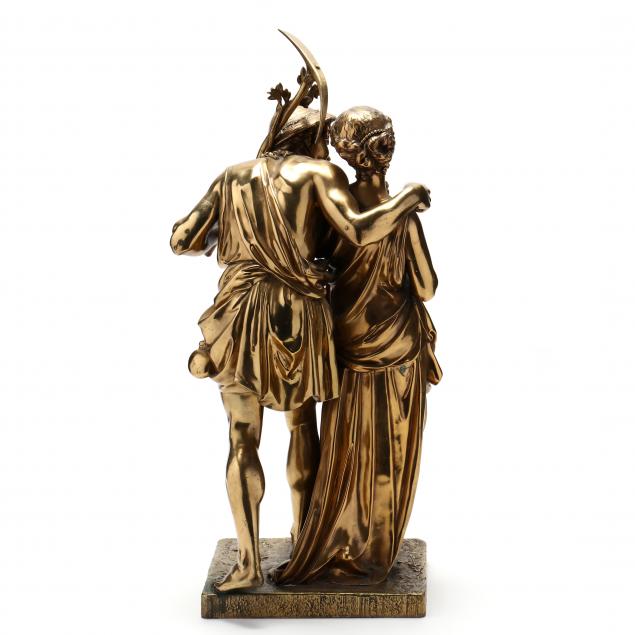 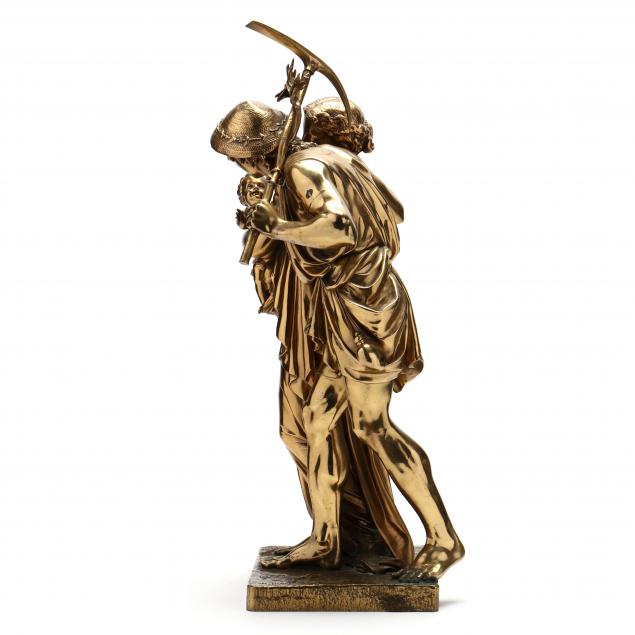 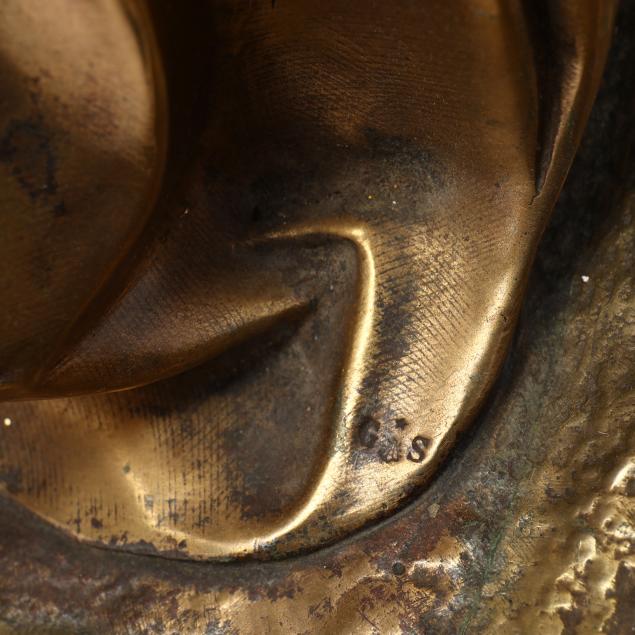 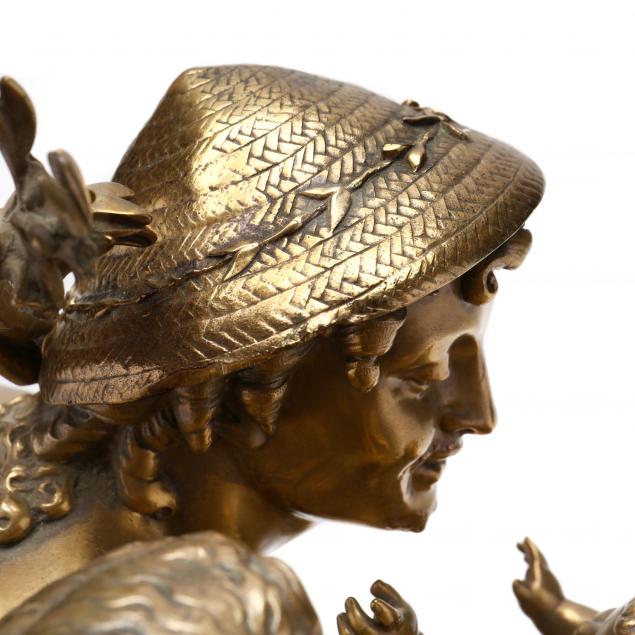 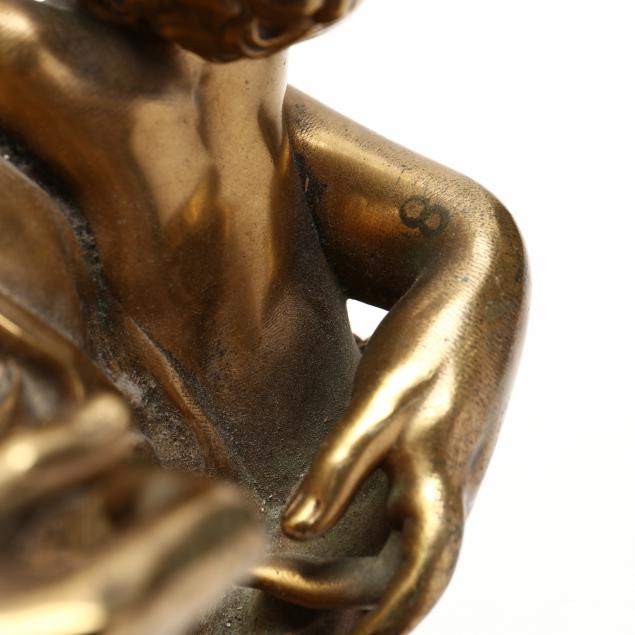 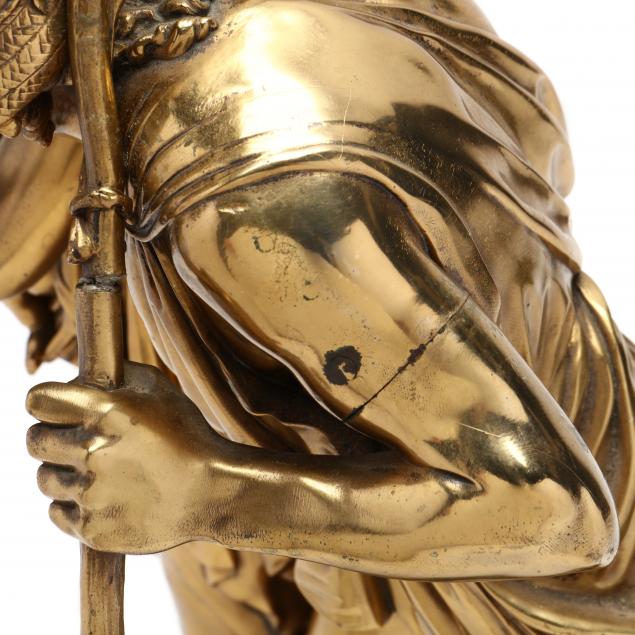 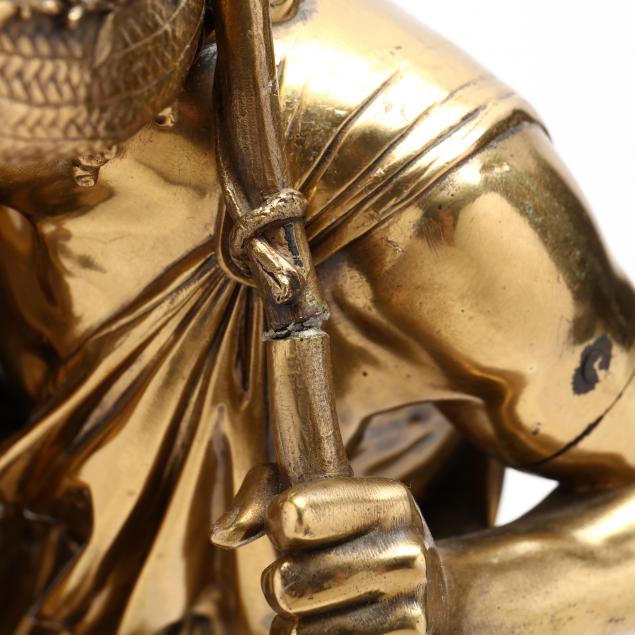 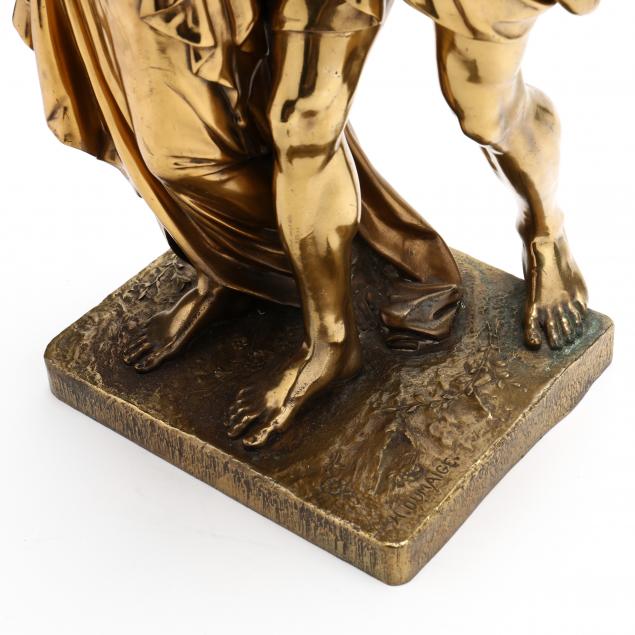 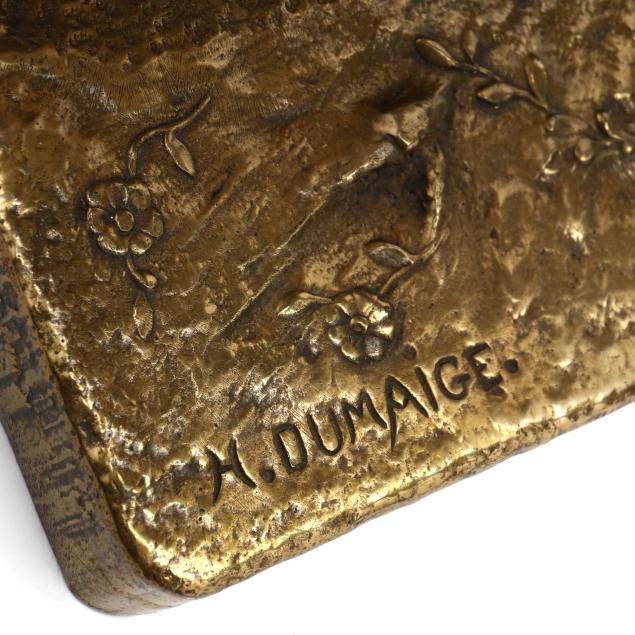 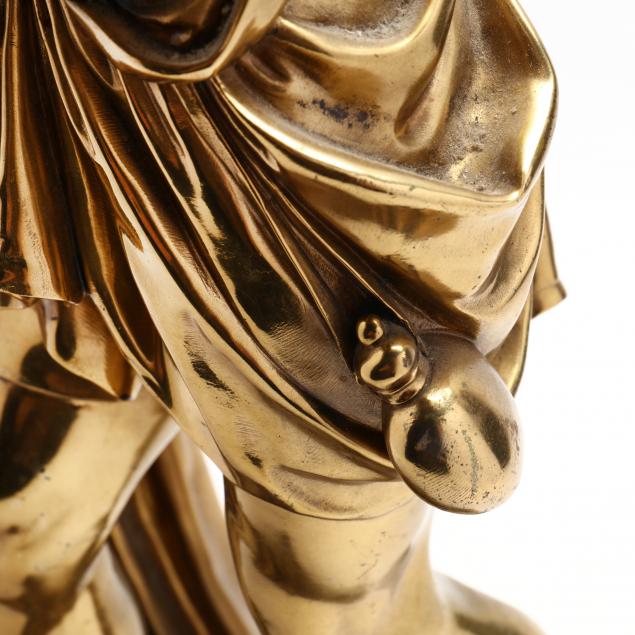 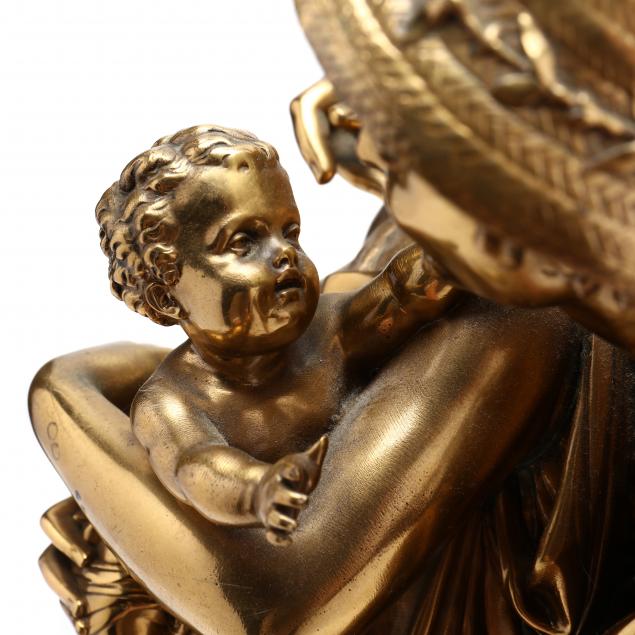 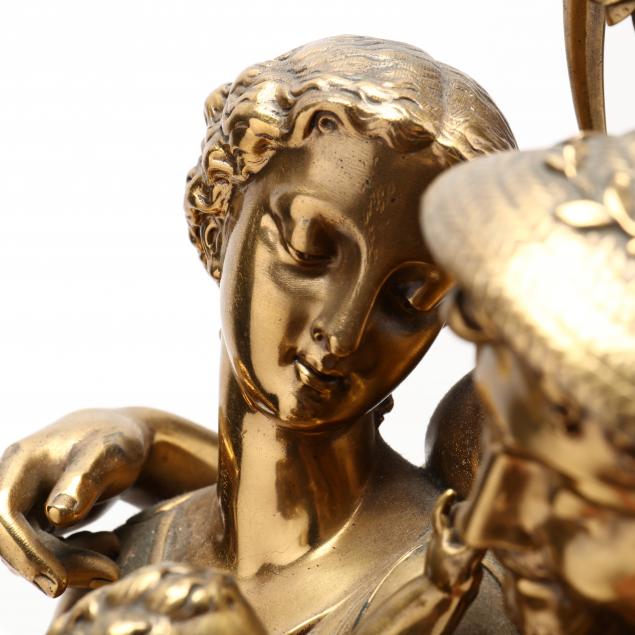 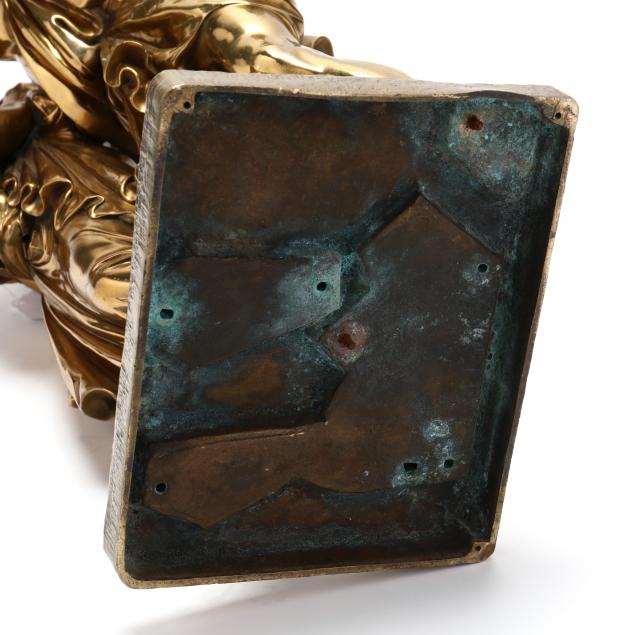