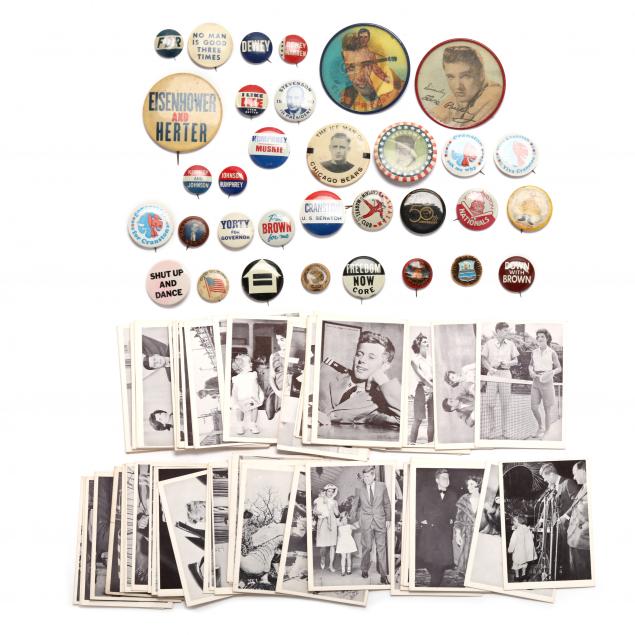 Lot 2469
Complete Set of (64) Rosan JFK Cards and (32) 20th Century Pinback Buttons
Lot Details & Additional Photographs
The cards being candid photos of Kennedy's life from WWII to his presidency; the buttons are both political and social, ranging in date from the early 20th century to the 1970s, highlights being two Elvis flicker buttons, an early Red Grange button, and presidential campaign buttons from FDR to George McGovern.

The cards are clean with sharp edges and corners; the buttons are generally clean, though some of the earliest ones have a stain or two. 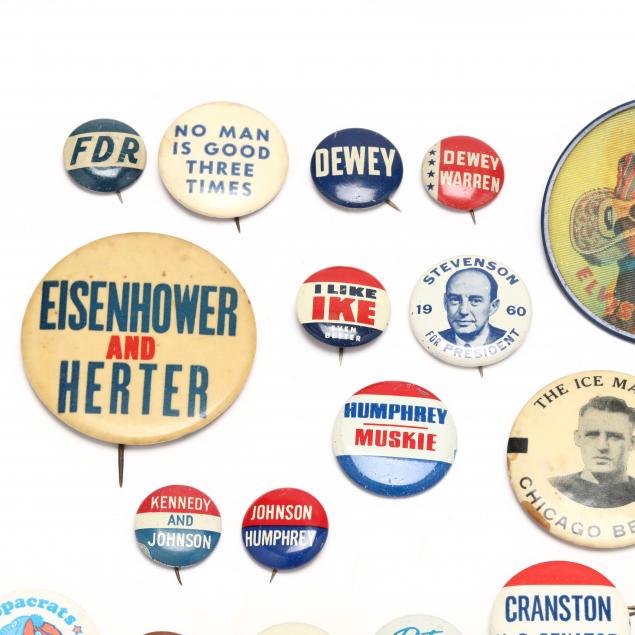 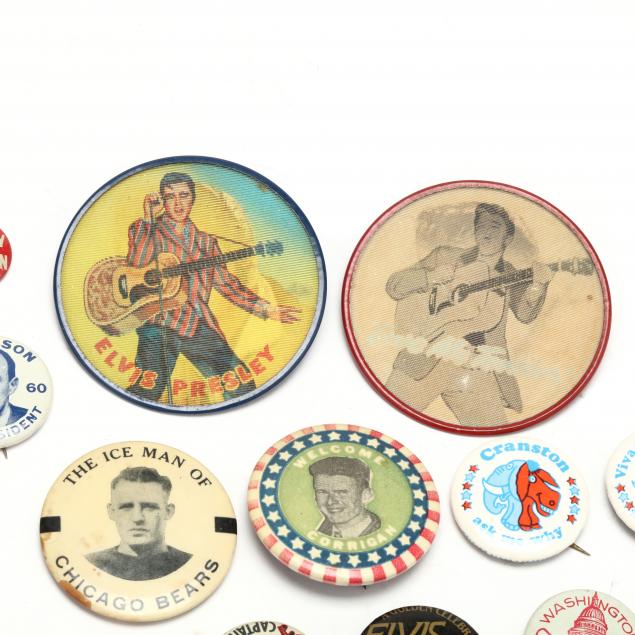 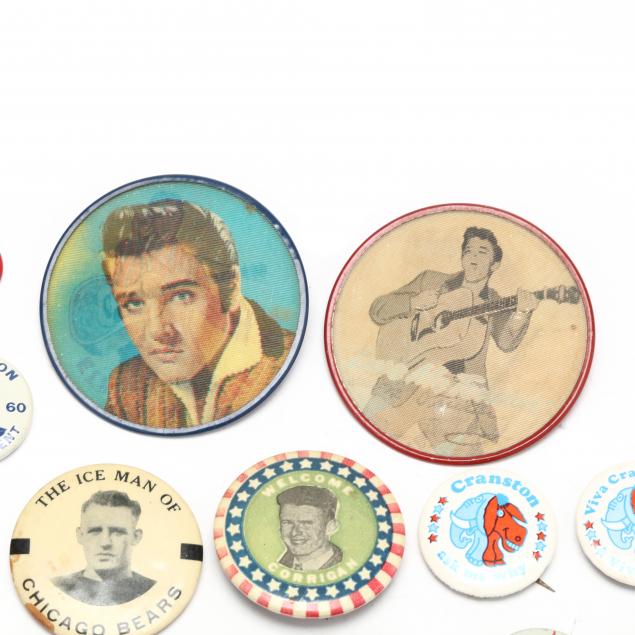 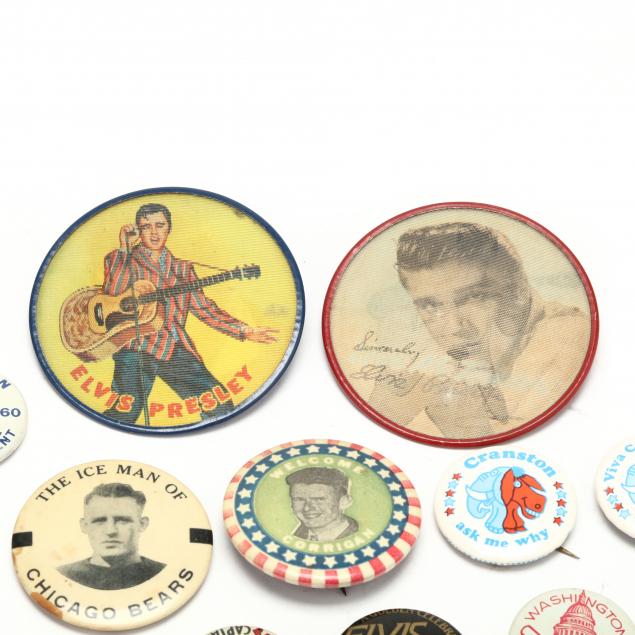 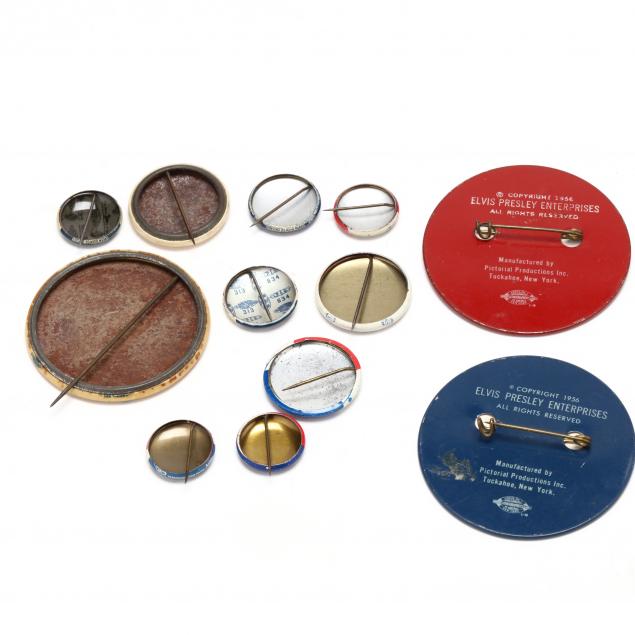 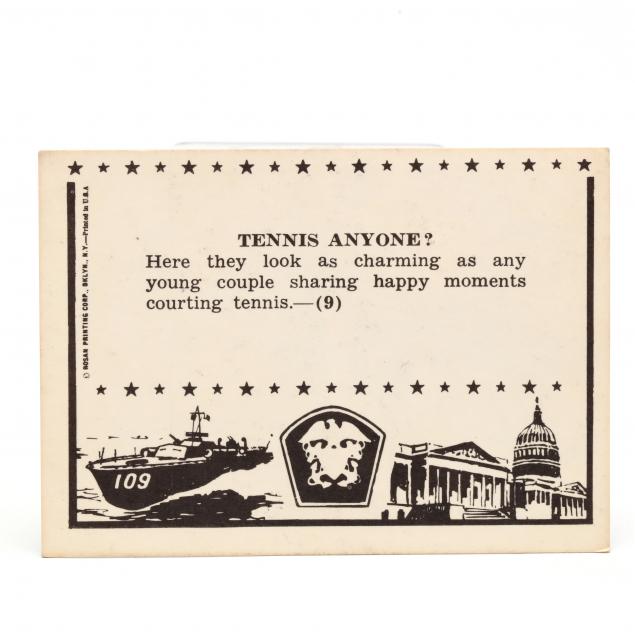