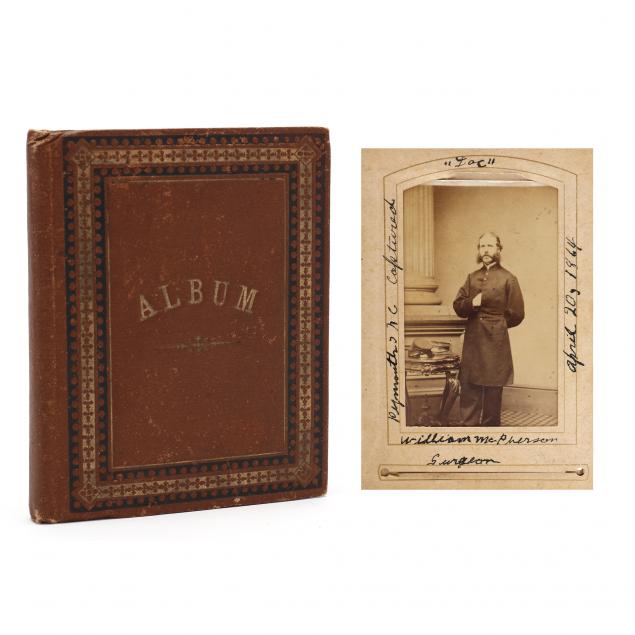 Lot 390
CDV Album Honors Andersonville Inmates and Shows Map of "Tunnel Attempts"
Lot Details & Additional Photographs
Being a small hard cover book (5-1/2 in. spine) containing twelve images compiled by Union Army Surgeon William "Doc" McPherson. The first nine portraits, which include McPherson's image, are of men from the 101st Pennsylvania Volunteers, who were captured at Plymouth, NC on August 20, 1864 and sent to the notorious prison stockade at Andersonville, Georgia. McPherson closes his gallery with images of two friends from the 1st Massachusetts Cavalry who had died elsewhere, and a third friend from an unknown regiment. The back free endpaper hosts a fairly accurate hand-drawn map of the Andersonville stockade showing five tunnel attempts, each marked with an "x." The album's front pastedown and endpaper carry the following message to those who might behold this collection in the future: "The war has long been over / The noise of the many battles died away in infinite space and and the fecund smoke of the belching guns has borne away by the pitying air and so thank God our passions and our predjudices Died and now we can see more clearly than we could in the heat of the conflict now indeed we can recognize the valor of the north and the courage of the south / i fell happy in the consciousness that i have in A measure done something towards preserving the record of those with whom i was associated and who enabled me to survive those months of imprisonment / this is not mainly to gratify the living comrades nor those who have passed beyond but rather future generations."

An important visual record showing some of Andersonville's inmates.

Overall a sturdy book with a few damp stains to the cover; internally very good condition with light toning to the leaves. 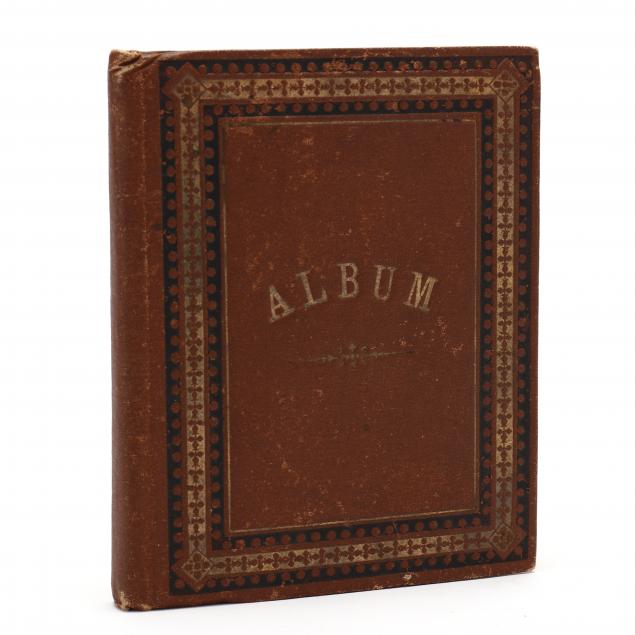 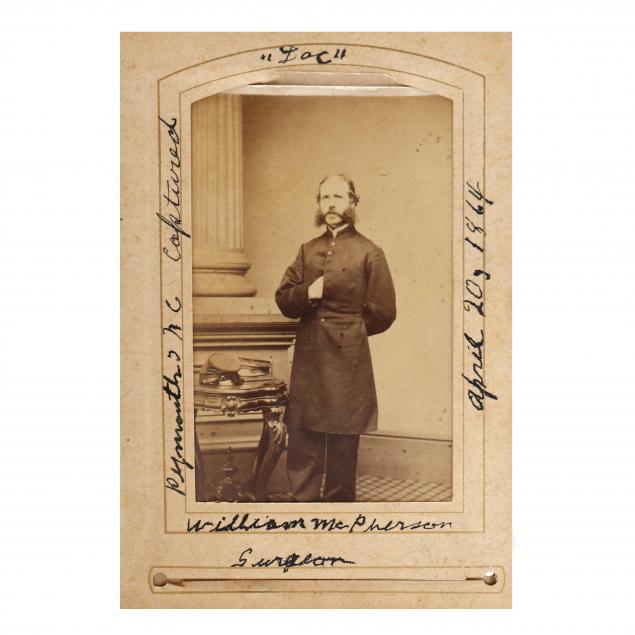 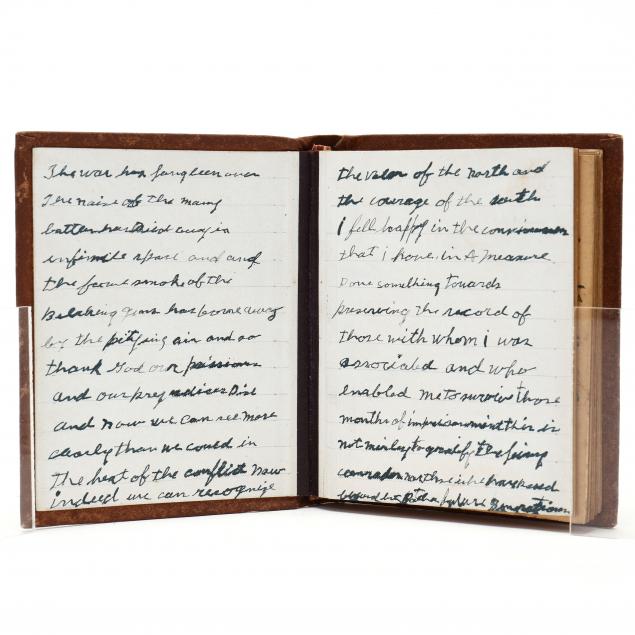 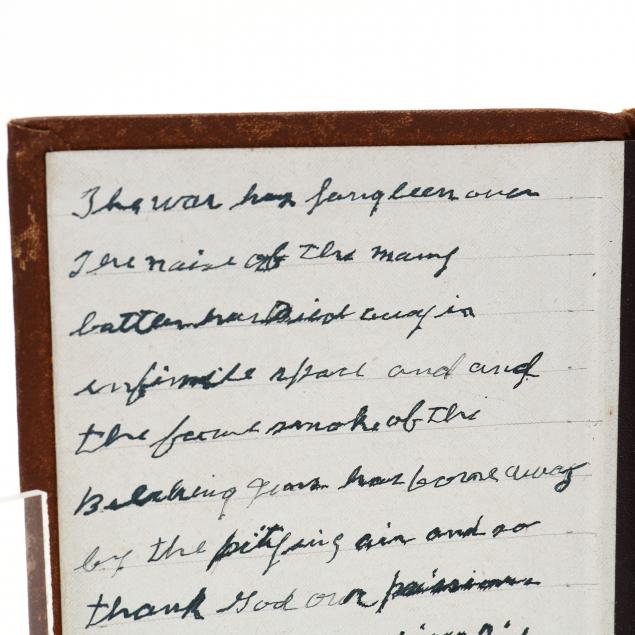 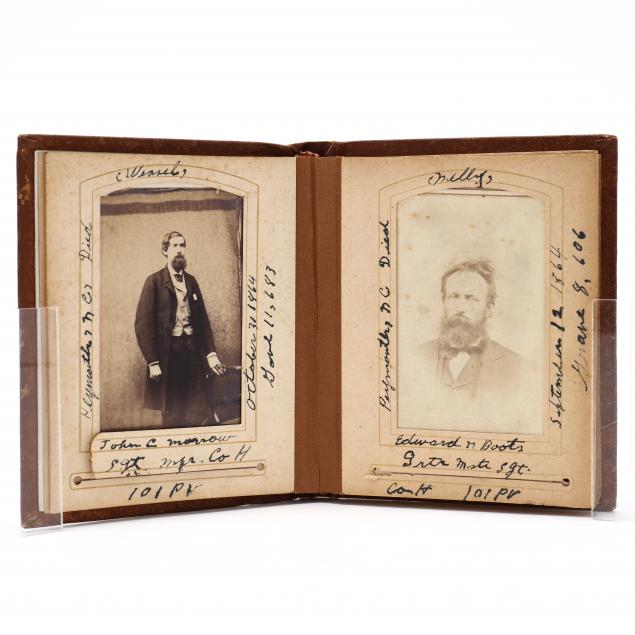 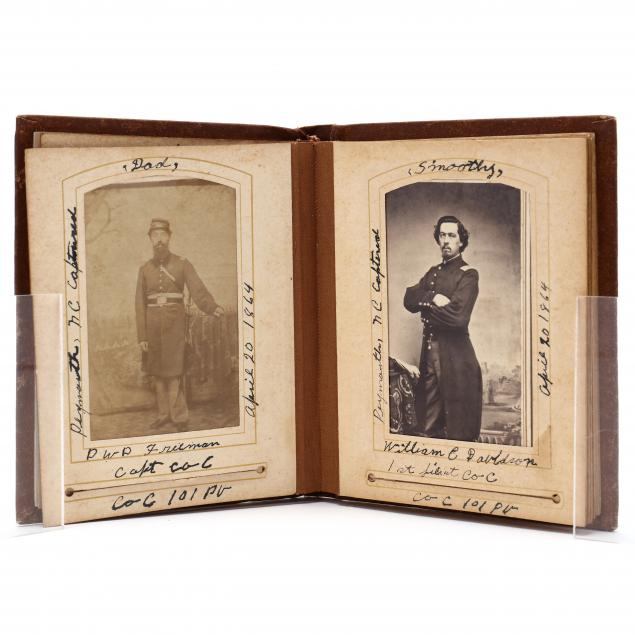 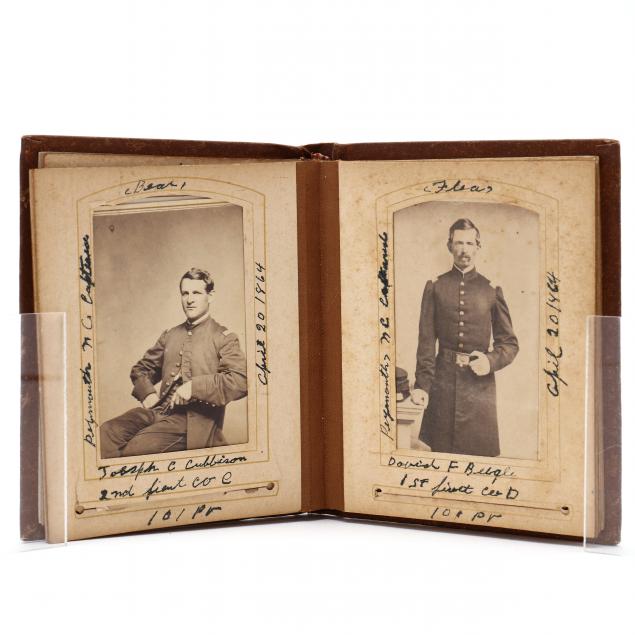 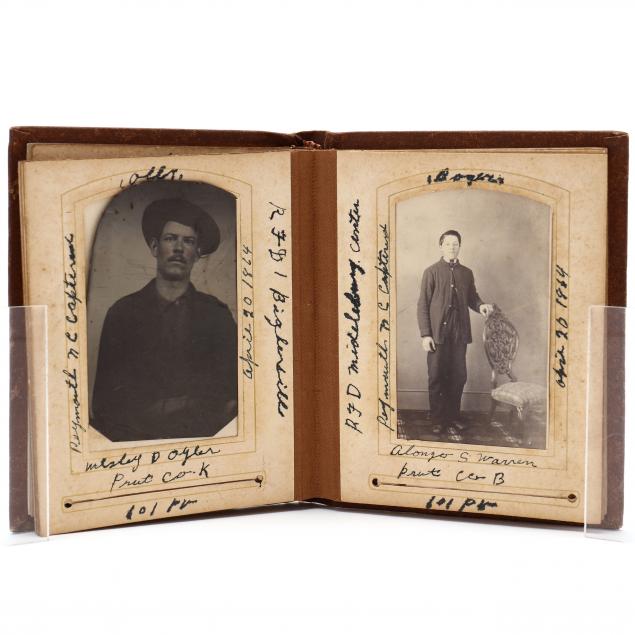 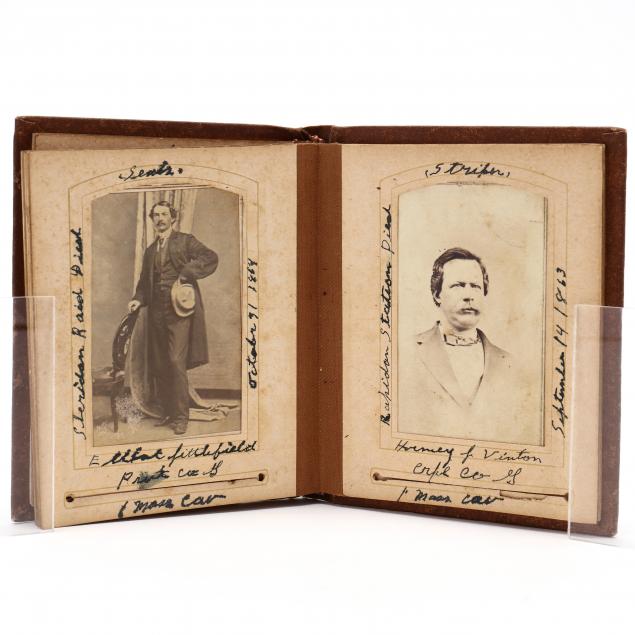 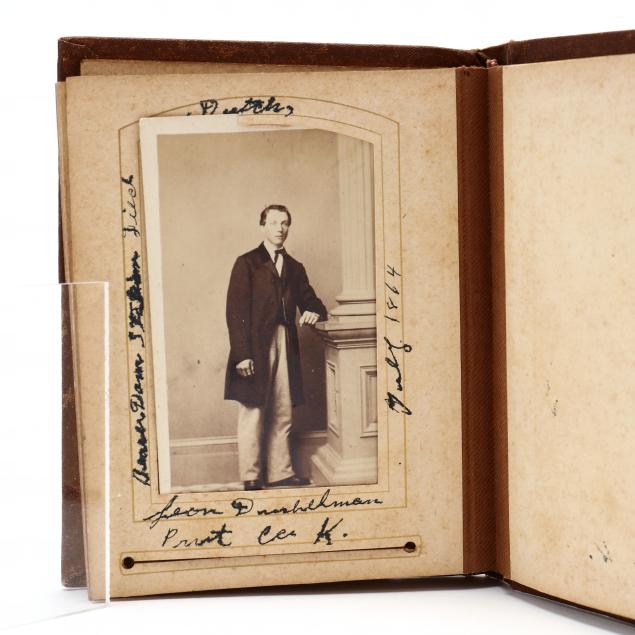 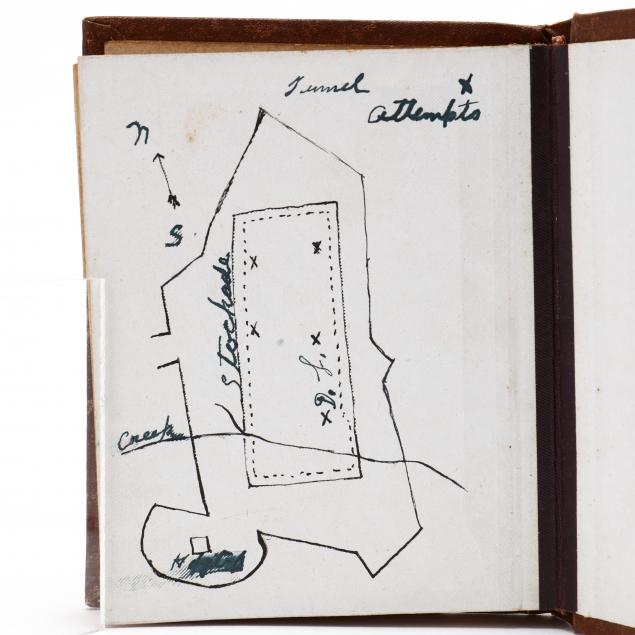 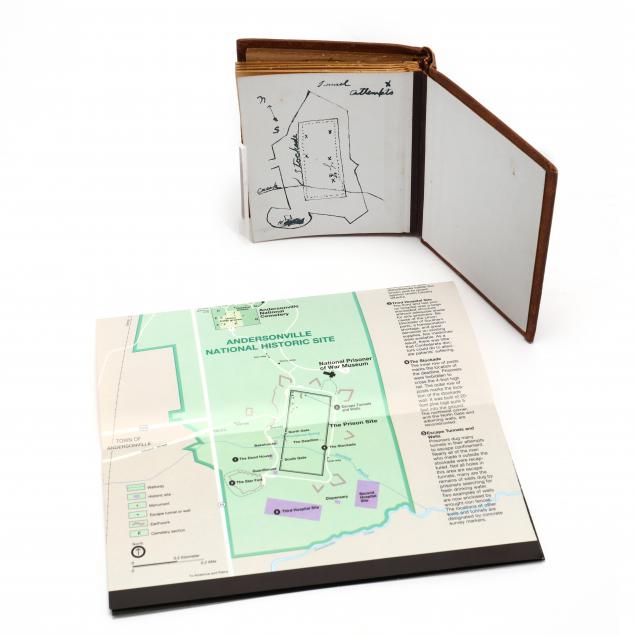