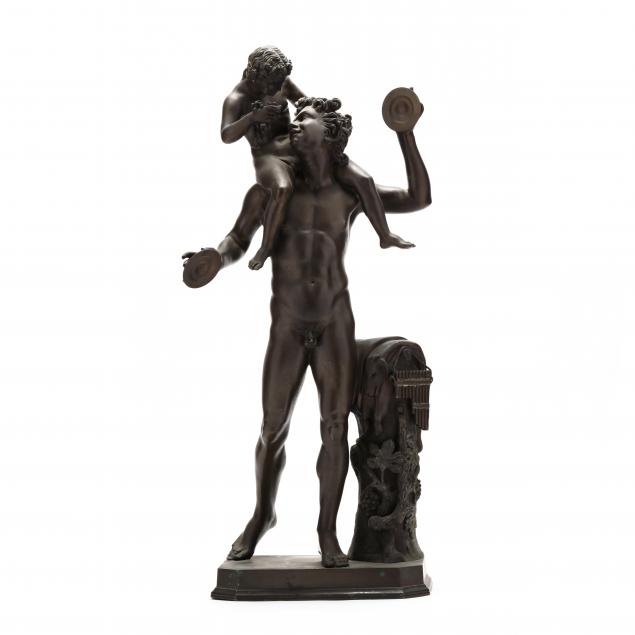 Sabatino De Angelis & Fils was a bronze foundry in Naples, active from 1840 until 1915. The foundry produced finely modeled and cast bronzes, coveted by young collectors on their Grand Tour. This model is after the antique now in the collection of the Museo archeologico nazionale in Naples, formerly part of the Farnese Collection which was moved to Naples in 1787. This subject group was popular in the 19th century and similar bronze examples are found in several public collections including the National Trust Collections at Hatchland Park in Surrey and The Huntington Museum of Art in West Virginia.

Dent to front edge of plinth; several surface abrasions to back of figure's raised calf and near ankles, same leg with abrasion above knee. 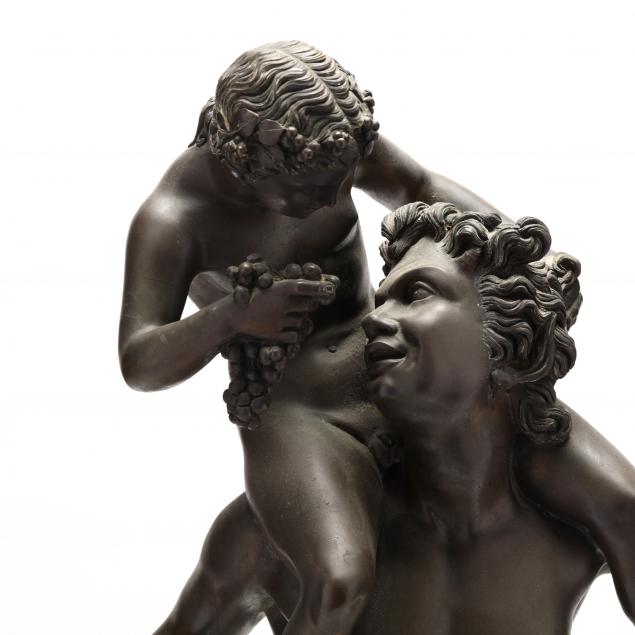 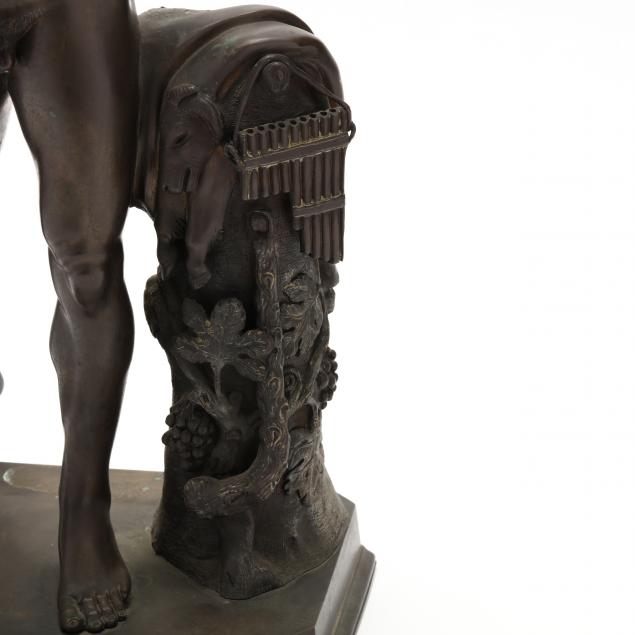 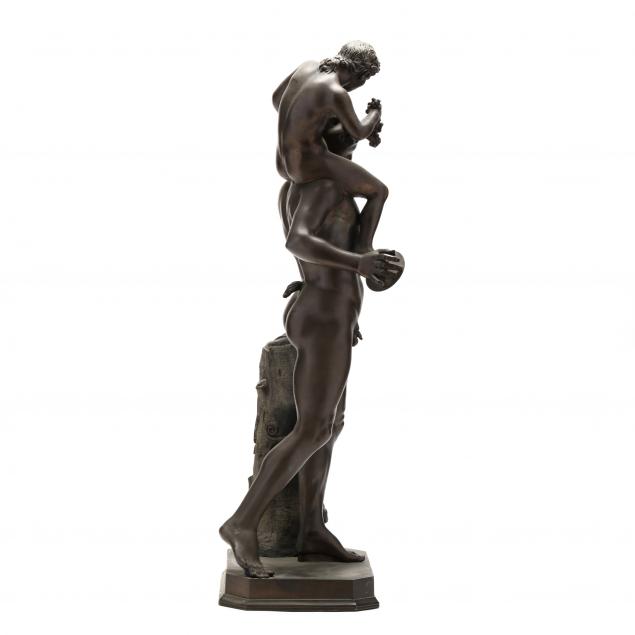 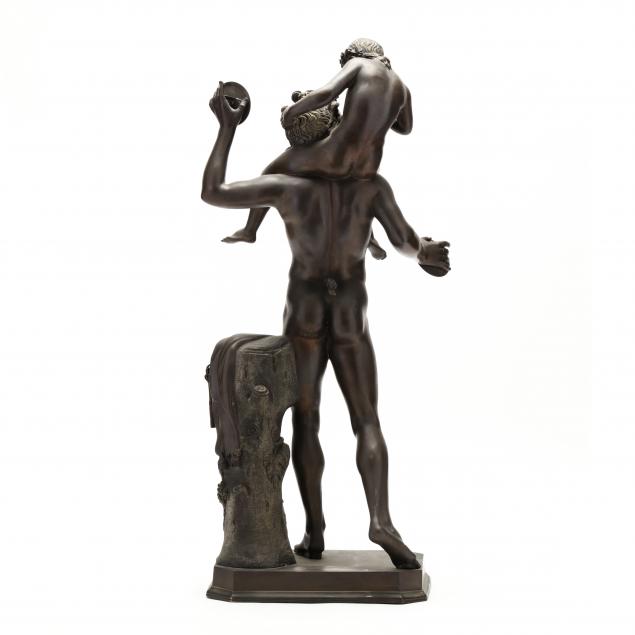 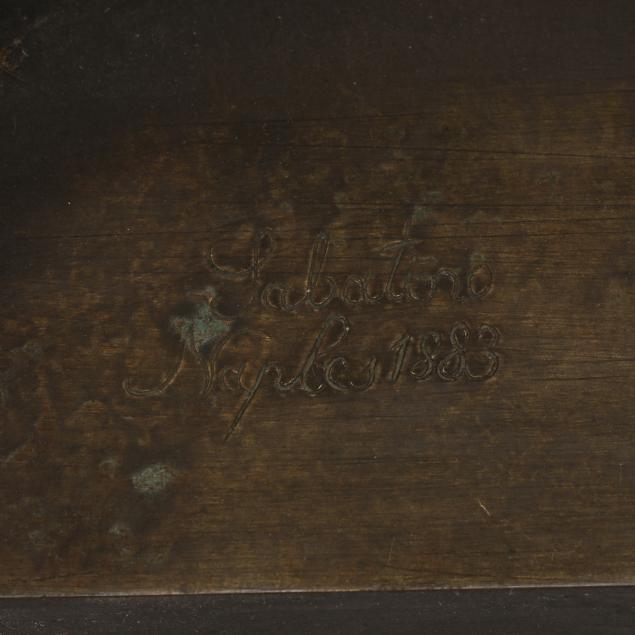 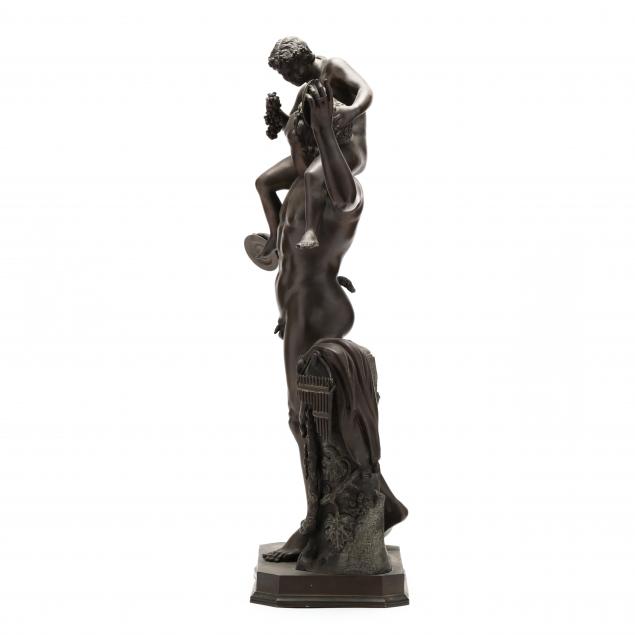