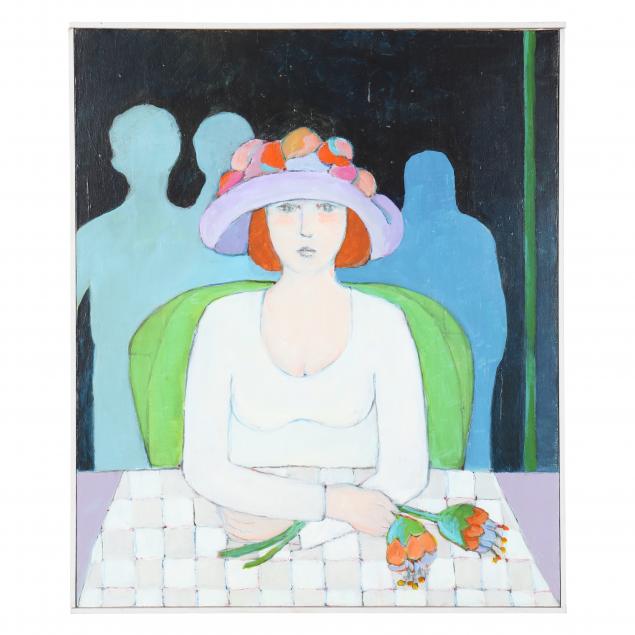 Private Collection of a North Carolinian

Winona Crawford grew up in Pennsylvania. Her ambition was to become a portrait artist and she attended California State Teacher's College in California, Pennsylvania.

In 1969, she and her family settled in Raleigh, North Carolina. She was a prolific and beloved artist. She was a long-time member of the Capital Art League and Ben Williams' Artist Critique Class. She showed her work, primarily in acrylics, in the late Ruth Green's Little Art Gallery and at Artspace in Raleigh. She was an award-winning artist in many juried art shows throughout the southeast, and she participated by invitation in a four-person show in SoHo, New York. 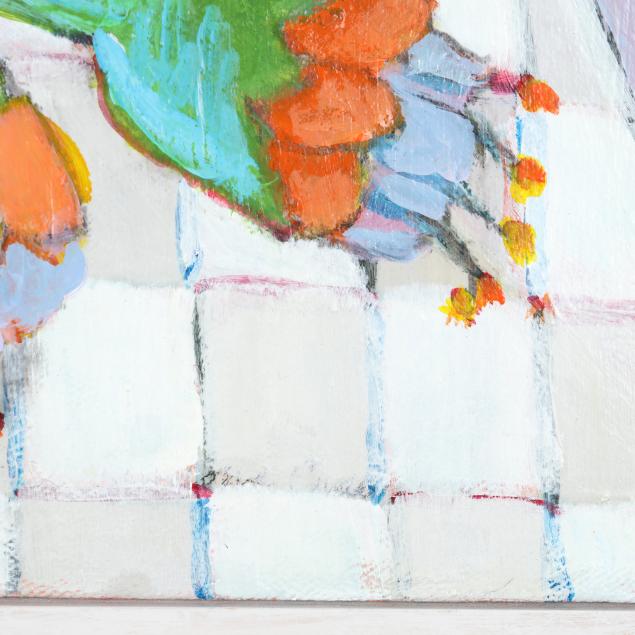 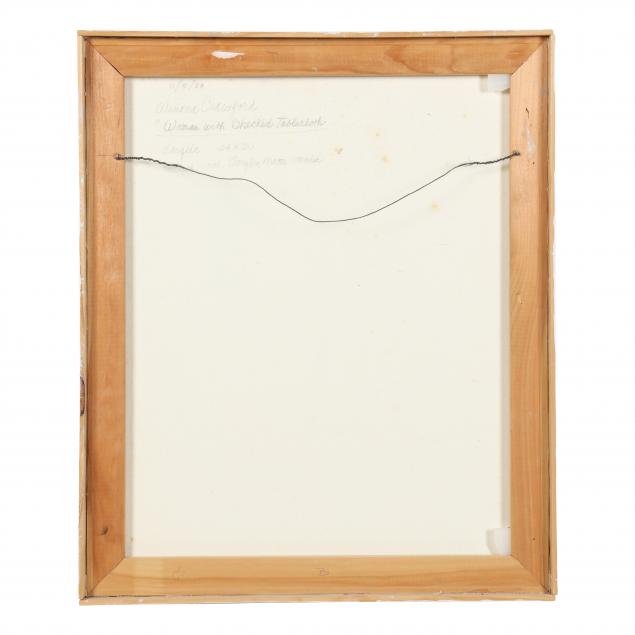