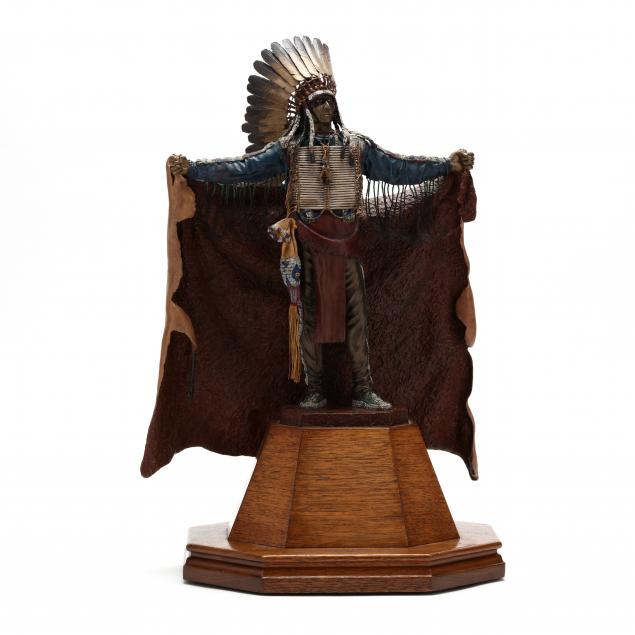 From the Collection of John and Barbara Suval, Fredericksburg, Virginia, by descent of Philip Suval Inc., founded 1896

The sculpture offered in this lot, "Touch the Clouds," is a monument study for the 30 foot high, 15-foot wide monument weighing over ten tons at the Houston Astrodome. Installed on February 22, 1998, “Touch The Clouds,” depicts a nineteenth century Miniconjou Chief who fought alongside Crazy Horse at the Battle of Little Big Horn. The 20,300-pound monument sculpture was purchased by the city of Edmond, Oklahoma from the Houston Livestock Rodeo Association in 2014. 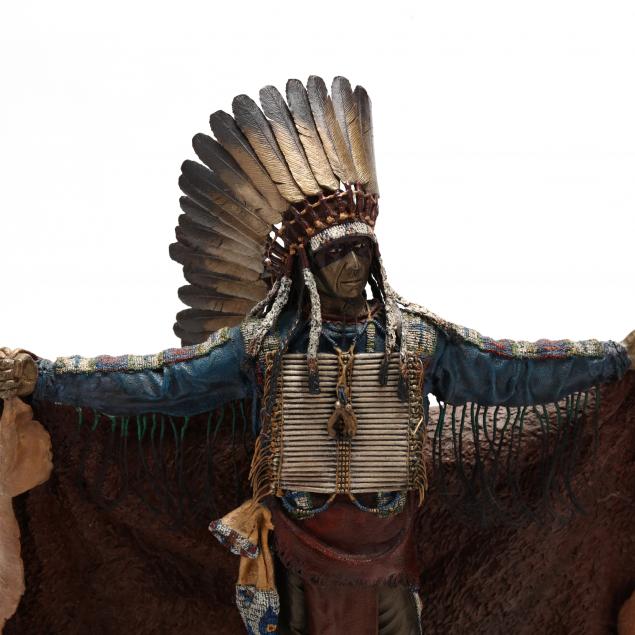 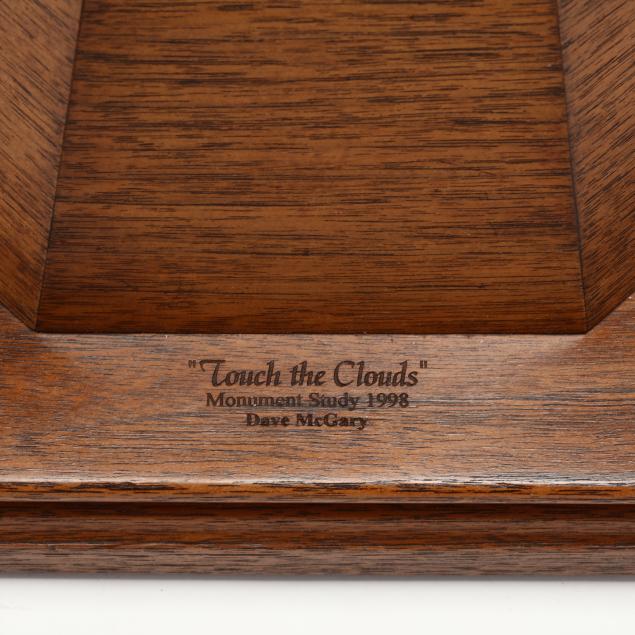 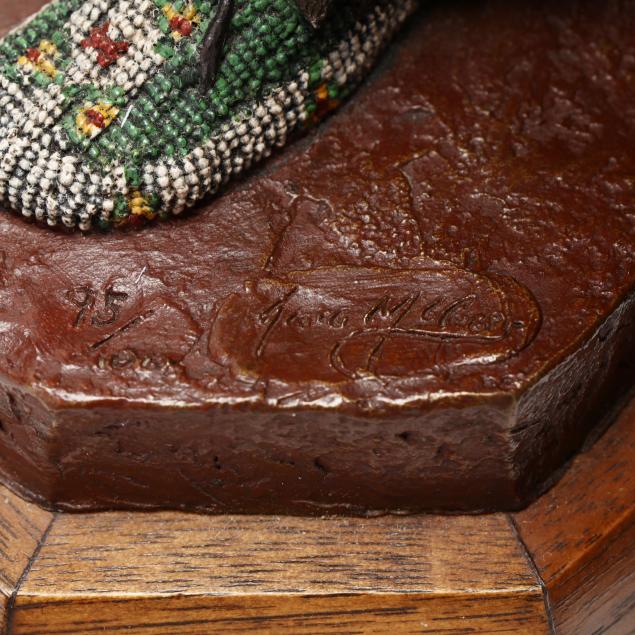 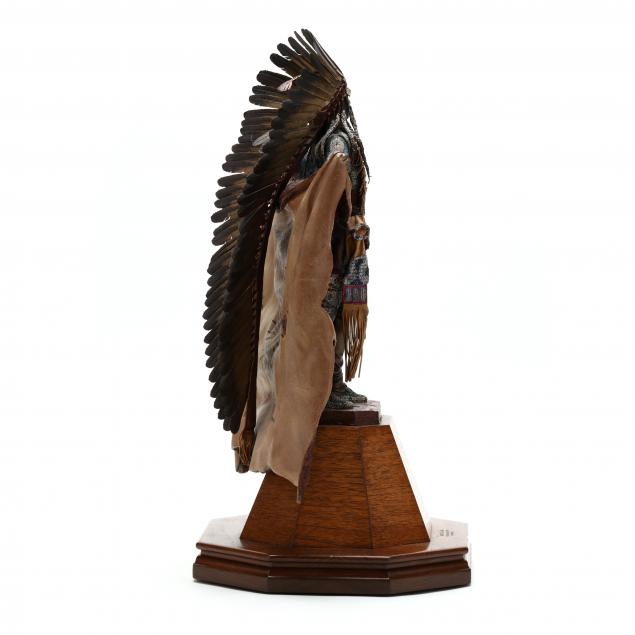 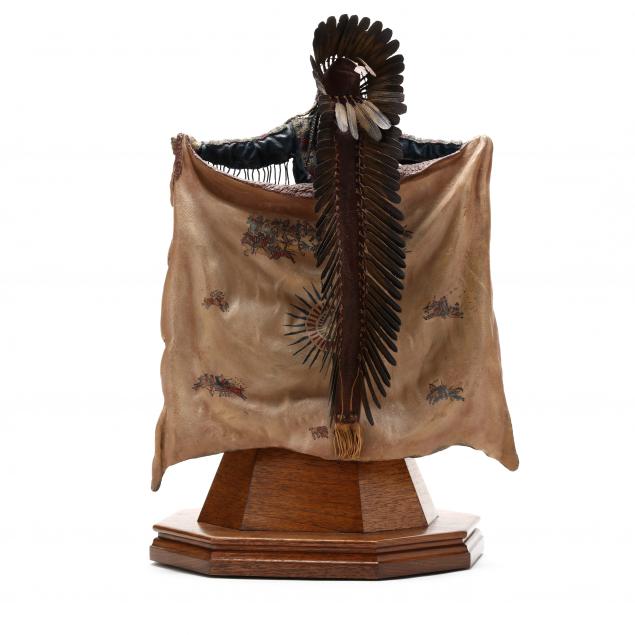 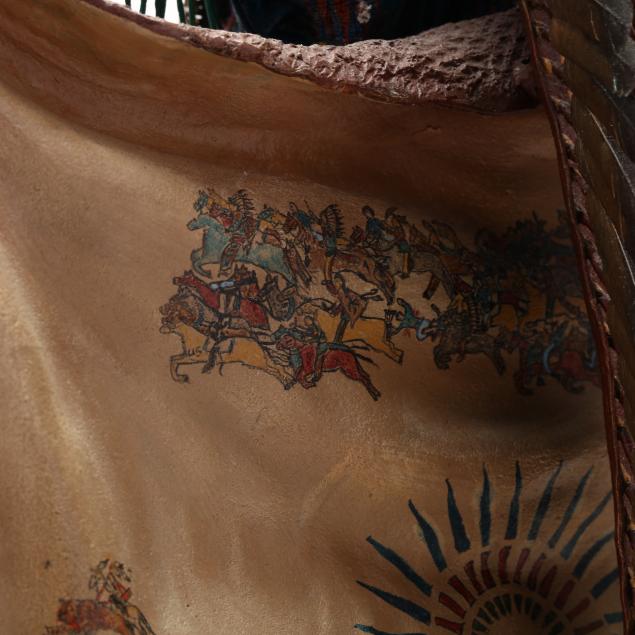 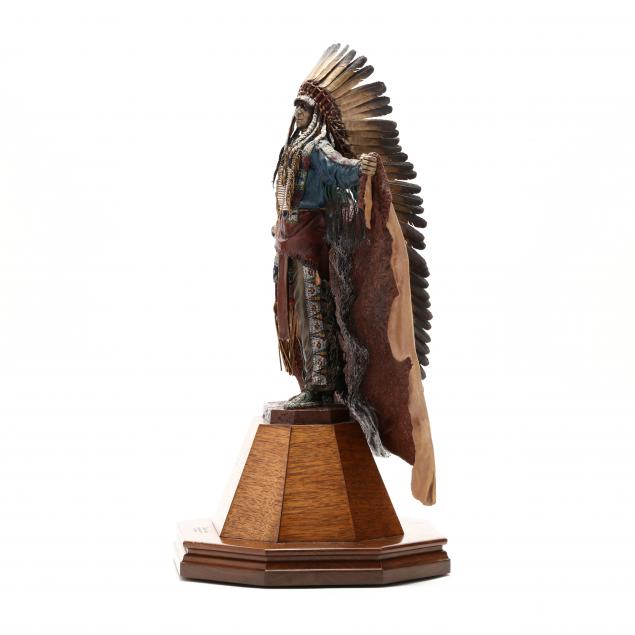 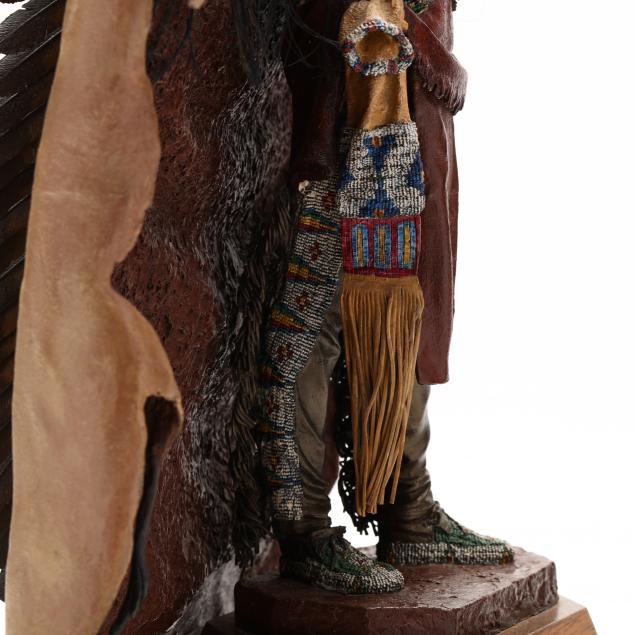