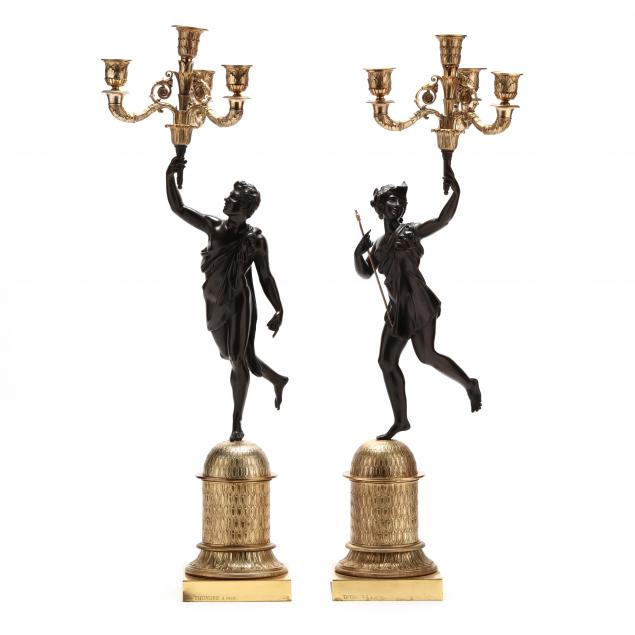 Pierre-Philippe Thomire was trained as a sculptor and bronzier, receiving his bronze casting and gilding technique in the workshop of Pierre Gouthière, the virtuoso French bronze chaser and gilder who worked for Louis XV and Louis XVI.
Thomire also assisted Jean-Claude-Thomas Duplessis, the artistic director of the Sèvres Porcelain Manufactory, in making mounts for Sèvres porclelan. After Duplessis' passing in 1783, Thomire received all of this work, keeping him in business throughout the French Revolution. In 1783-84, he received his first notable commission, casting and finishing the gilt-bronze handles modeled by Louis-Simon Boizot for a pair of Sèvres porcelain vases, today included in collections of the Musée du Louvre and Palazzo Pitti.
In 1804, he bought the business of a "marchand-mercier," allowing him to sell furniture, Sèvres porcelain, and decorative objects such as this pair of candelabra. In 1809, the Emperor Napoleon made him "ciseleur de l'empereur" (Engraver to the Emperor), and his firm became fournisseur de leurs majestés (Furniture Suppliers to their Majesties) two years later. At the height of his business, it was estimated Thomire employed six or seven hundred workers to assist with his thriving business. Pierre-Philippe retired at the age of seventy-two, but continued to work as a sculptor, exhibiting at the Salon until he was in his eighties. His work is in many museum collections, as well as private and public collections internationally.

Some areas of rubbing to gilt and patina; some looseness to candelabra above female; missing one bobeche insert; male figure likely missing a gilt staff similar to one held by female. 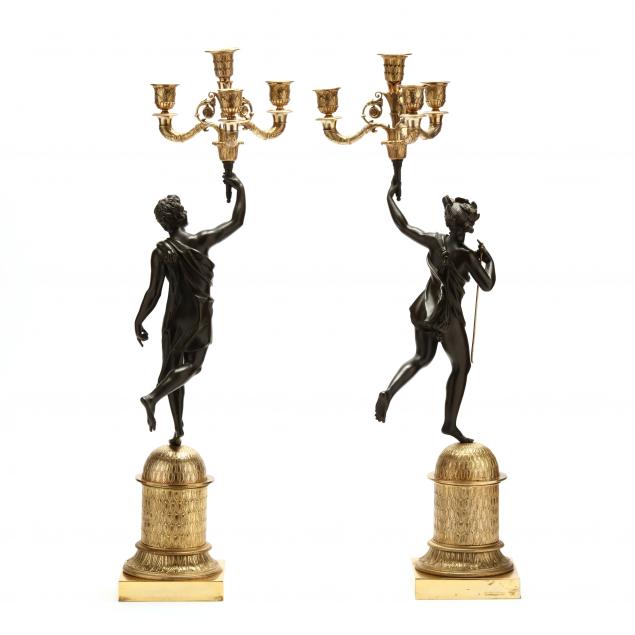 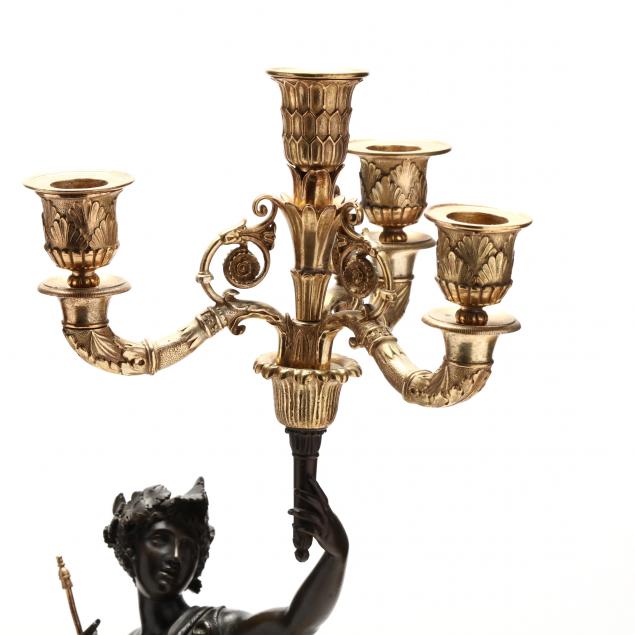 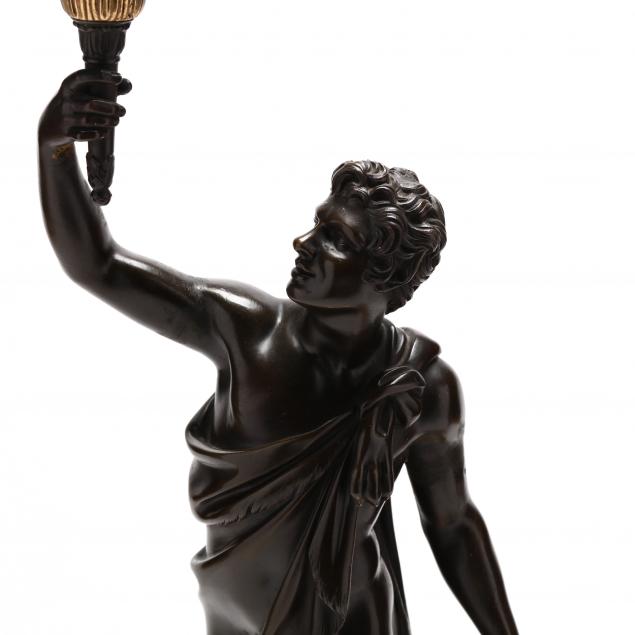 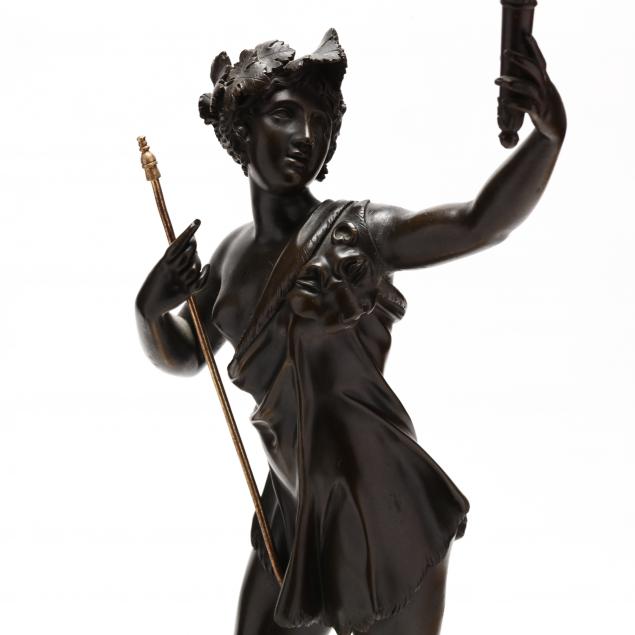 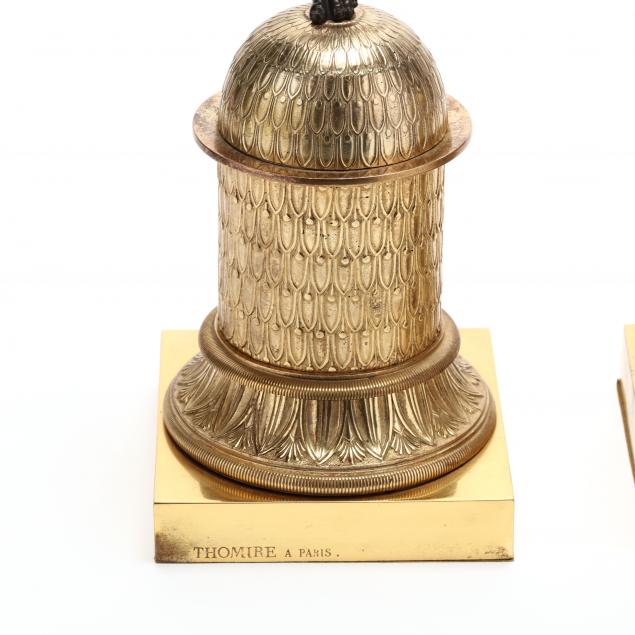 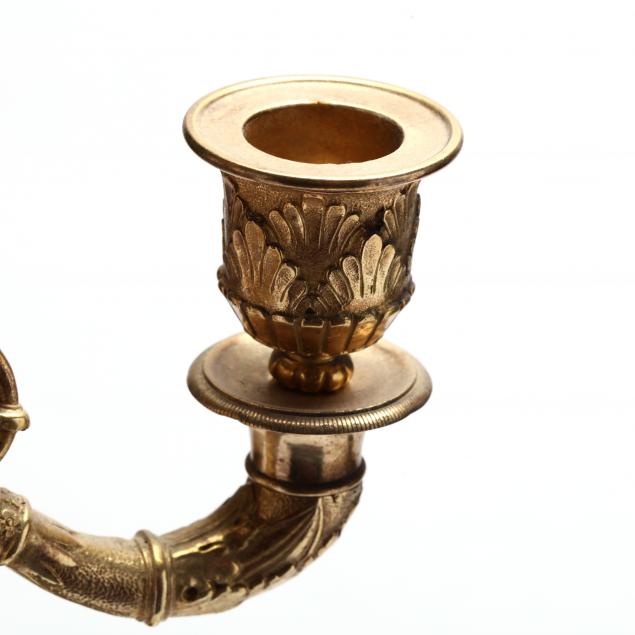