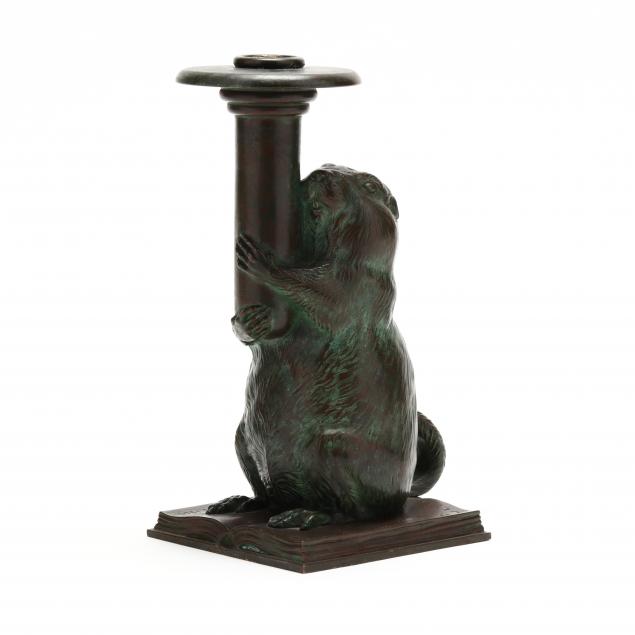 The commission for a custom candlestick for the Rowfant club came about during the ten year anniversary of the Cleveland based bibliophilic club. Club member, Munson Aldrich Havens, wrote a commission request to the wildlife artist and author, Ernest Thompson Seton, that the design be drawn by Seton and should contain three elements: the book, the candle, and the groundhog.

After several revisions by the wildlife artist and author, the final design was eventually modeled by the artist and explorer James Lippitt Clark, and was produced as an edition of 100 by Tiffany Studios.

Good estate condition; some minor areas of rubbing to patina. 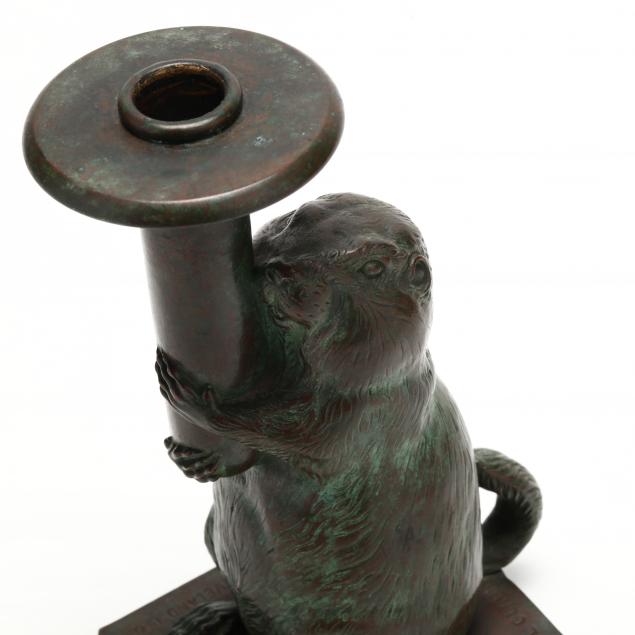 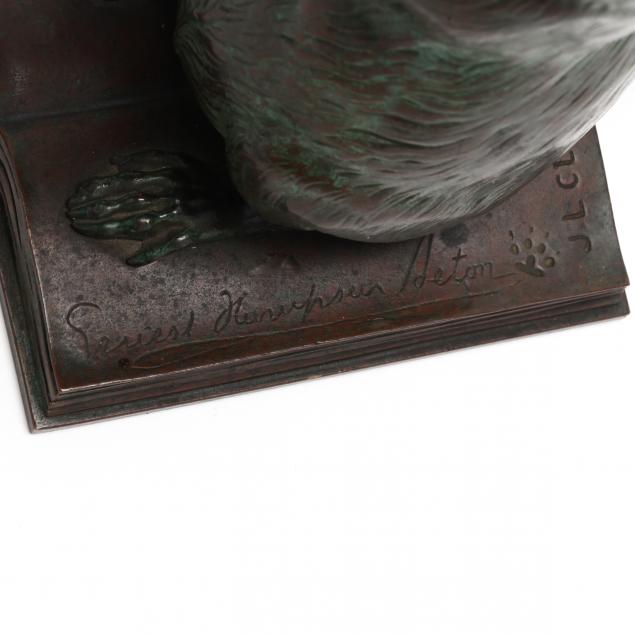 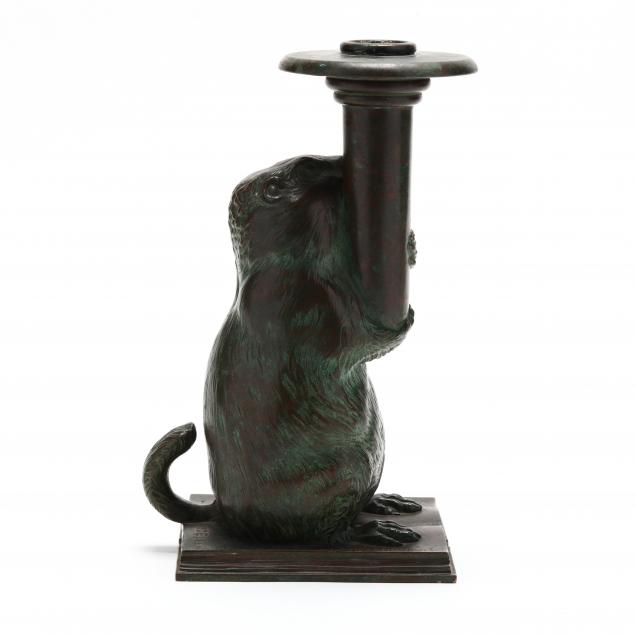 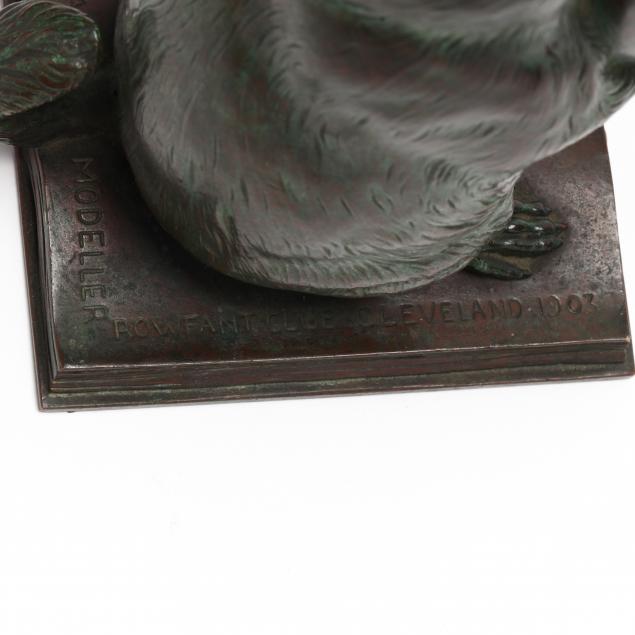 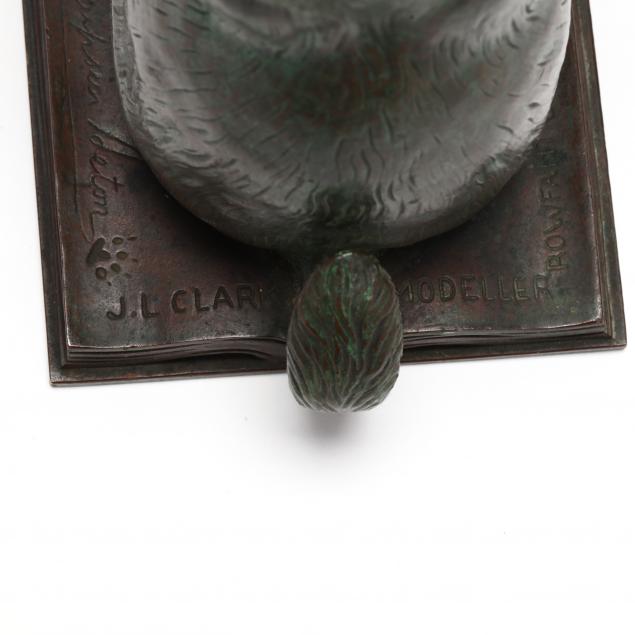 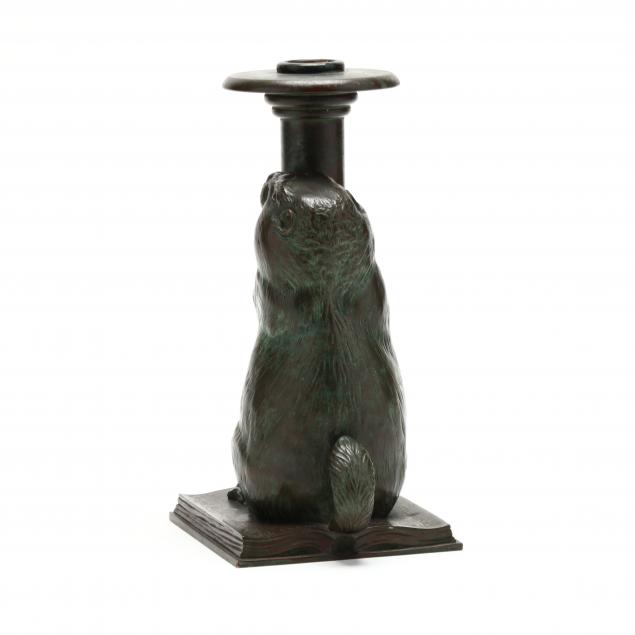 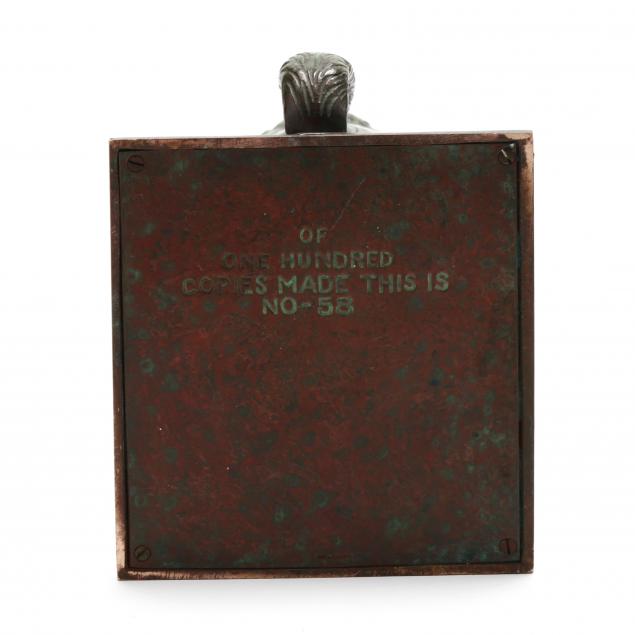