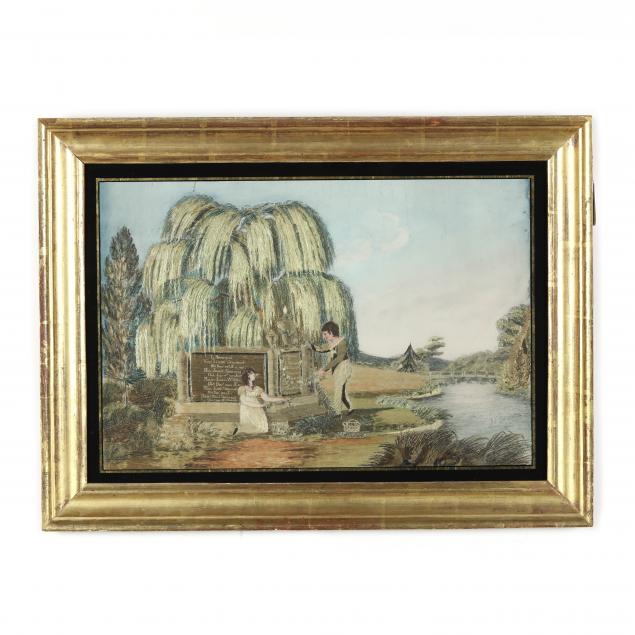 Lot 504
Framed Antique Needlework and Water Color Memorial to the Stanwood Family,
Lot Details & Additional Photographs
Circa 1805, worked in multi-color silk threads and watercolor, depicting a young boy and girl creating a floral garland beside the Stanwood family tomb beneath an elaborate weeping willow tree, names of the distinguished Stanwood family of Massachusetts and New York stitched to tomb's side panel, presented under églomisé glass in a molded gilt frame.

Leading the list of family members is that of Captain Lemuel Stanwood, born in Gloucester, Massachusetts in 1771. He became known for his bravery at sea when he was able to retake his ship after it had been taken by a "French Privateer." In 1793, he married Elizabeth Lamb and died at the early age of 30 in 1801.

Purchased in October 2010 from M. Finkel & Daughter, Philadelphia and accompanied by photocopy of original receipt and Stanwood Family research that accompanied the lot at time of purchase.

Minor paint loss to sky above the willow tree; some light streaking and creases to sky; not examined out-of-frame. 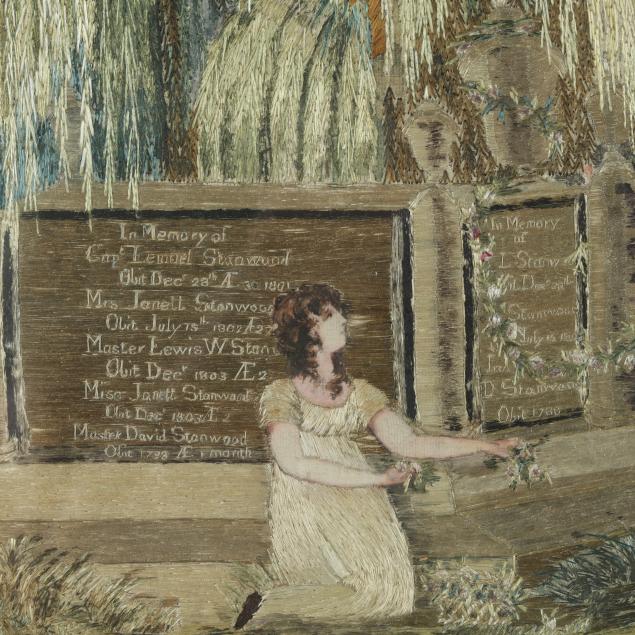 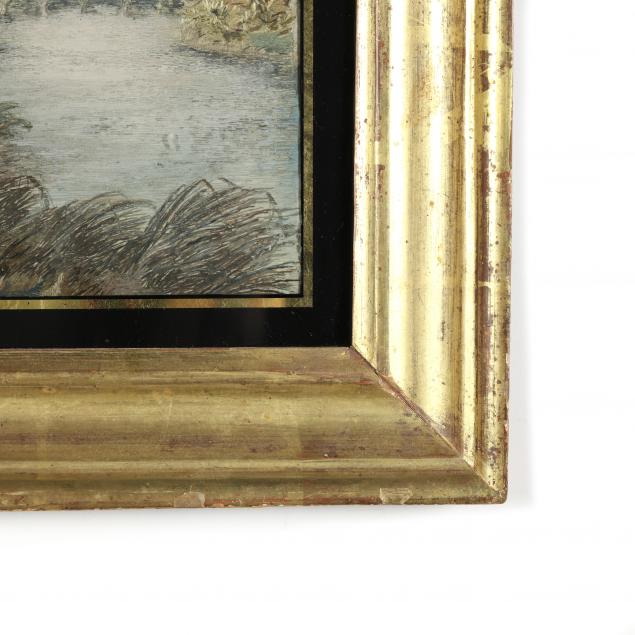 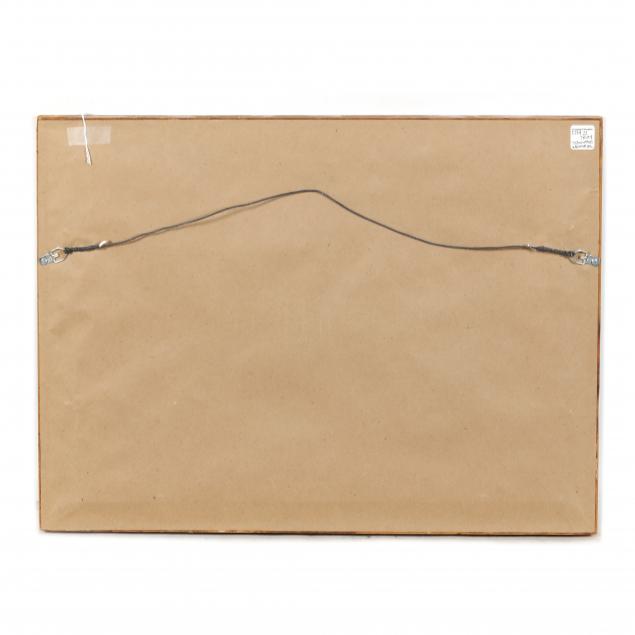