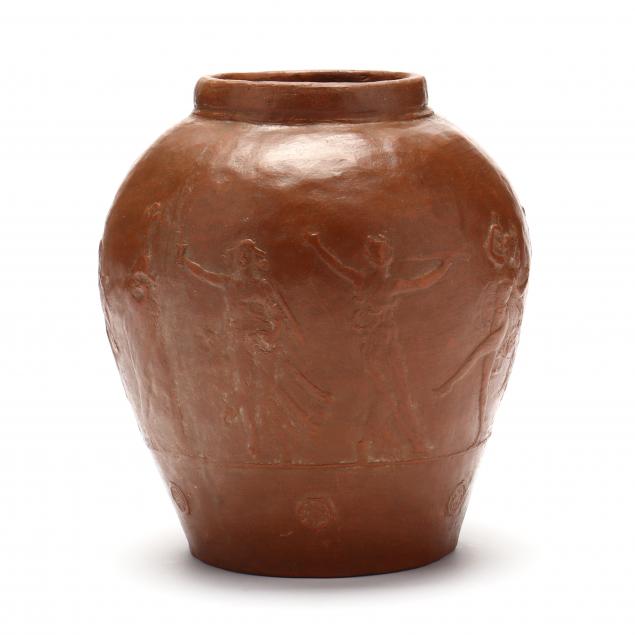 American sculptor Annetta Johnson Saint-Gaudens is known for figural works often with a Classical theme in variety of media including clay, bronze, and stone. Born near Flint, Ohio, Annetta studied at the Columbus Art School in Ohio and at the Art Students League in New York (1892-1894) under John Twachtman and Augustus Saint-Gaudens. Augustus asked her join his studio in 1894, where she assisted in various commissions alongside Augustus' brother (her future husband), Louis Saint-Gaudens. The couple eventually moved to the flourishing artist colony in Cornish, New Hampshire in 1902. During this time, she completed both her own works and commissions alongside Louis including modeling portions of Electricity at Union Station in Washington, DC and the final carving of Painting at the St. Louis Art Museum.
Annetta was a member of the Woman’s Christian Temperance Union and the Equal Suffrage League in Cornish. She was awarded the McMillin Prize by the Association of Women Painters and Sculptors of New York City in 1913, and received an honorable mention at the Panama–Pacific International Exposition in San Francisco in 1915. In 1917, twenty pieces of her work were shown in a joint exhibition with her husband at the City Art Museum of Saint Louis.

Two faint vertical construction seams as made; no signs of repair visible under UV light. 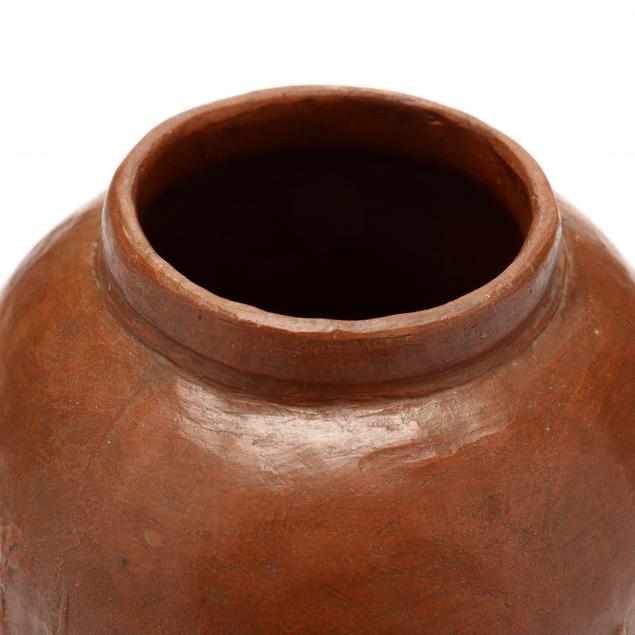 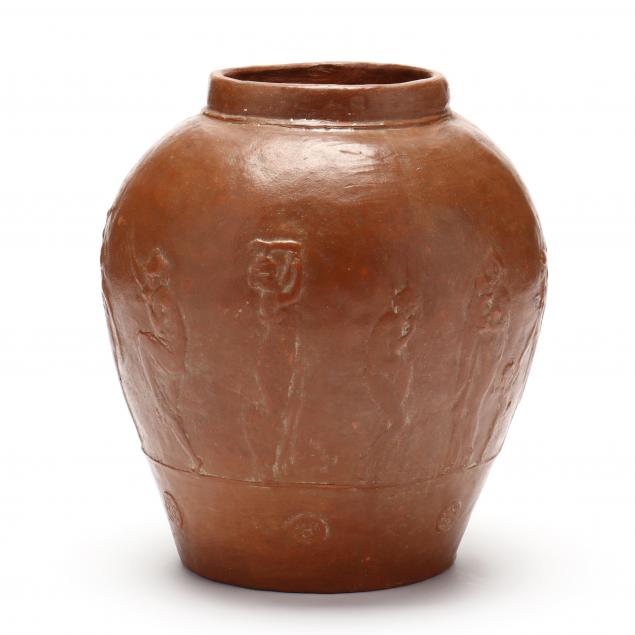 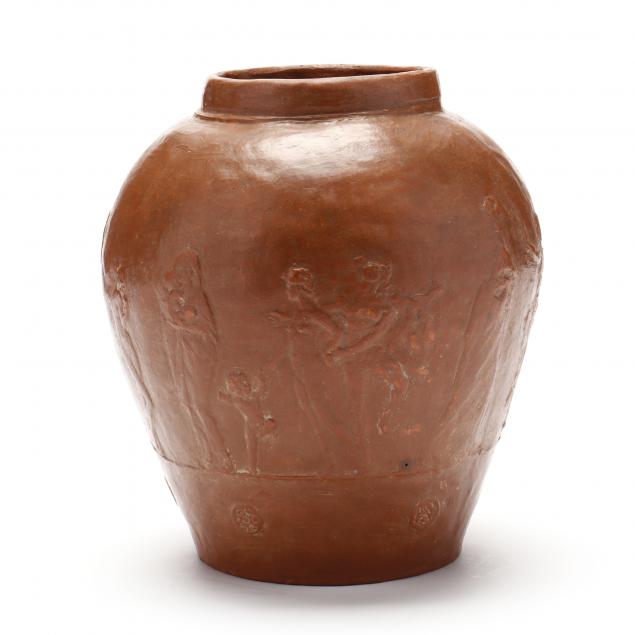 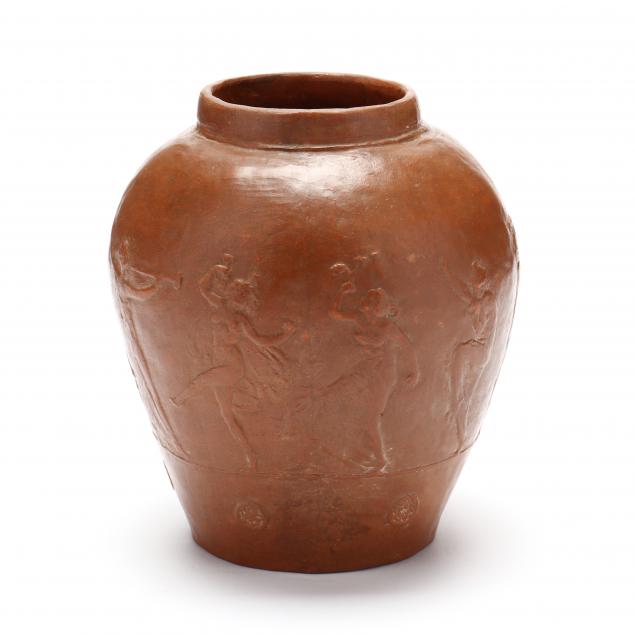 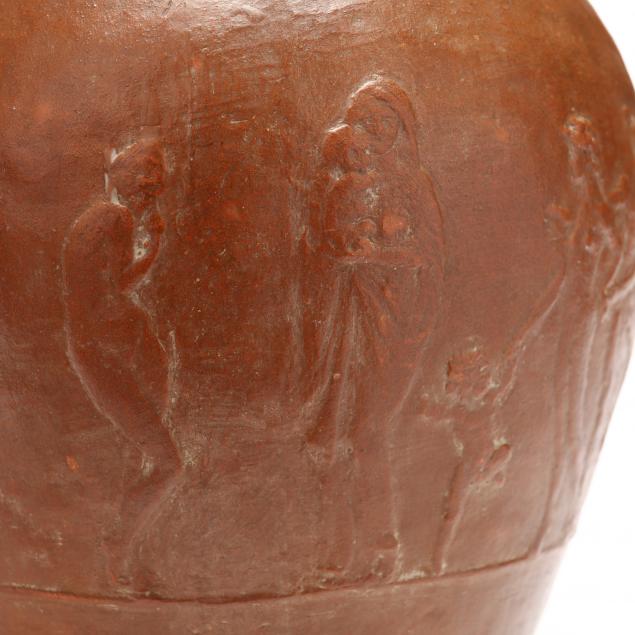 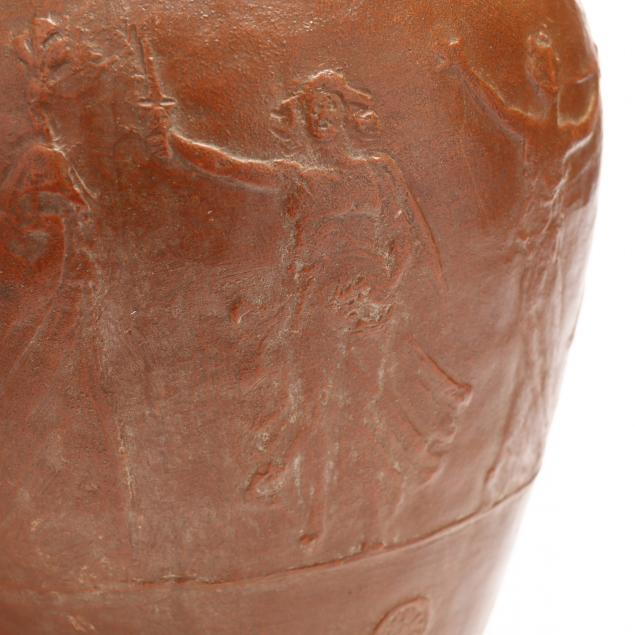 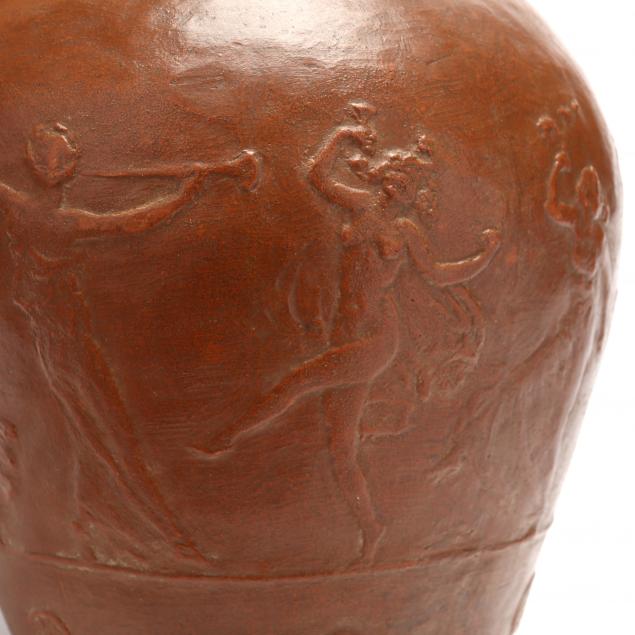 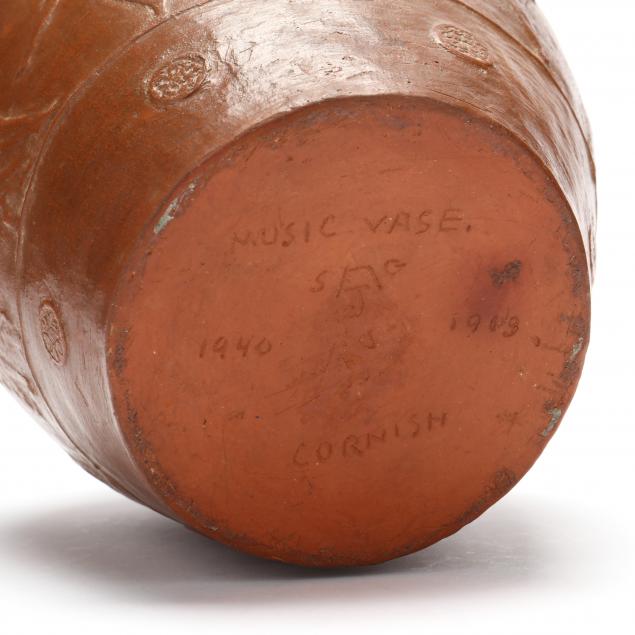 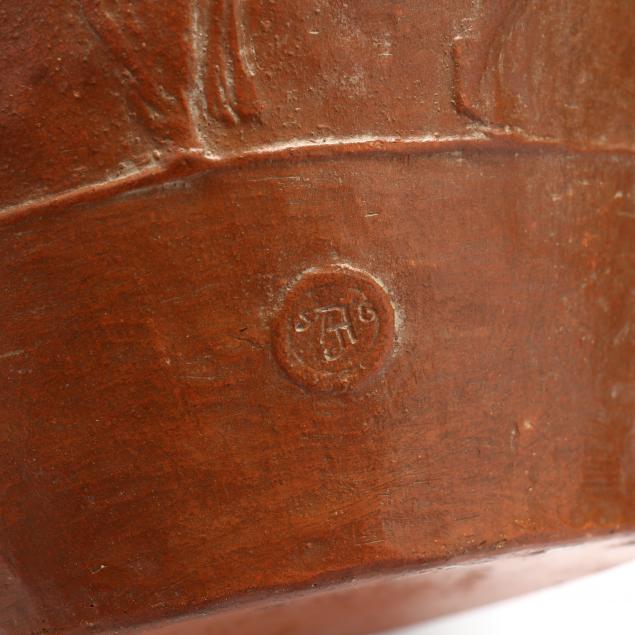 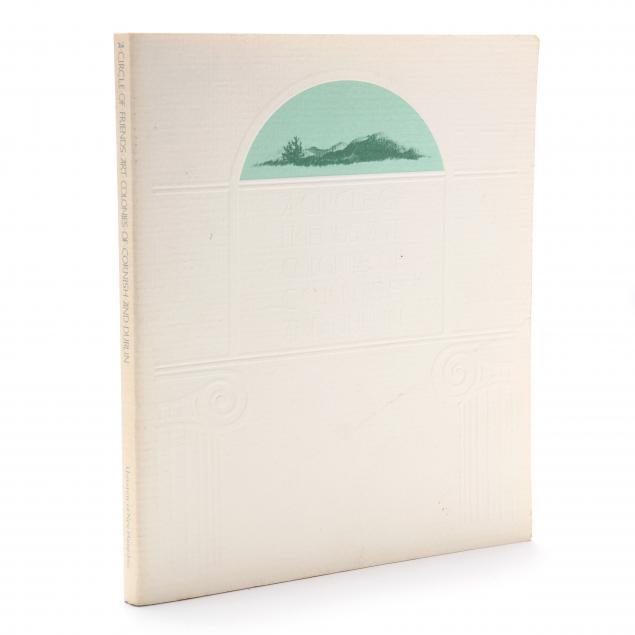 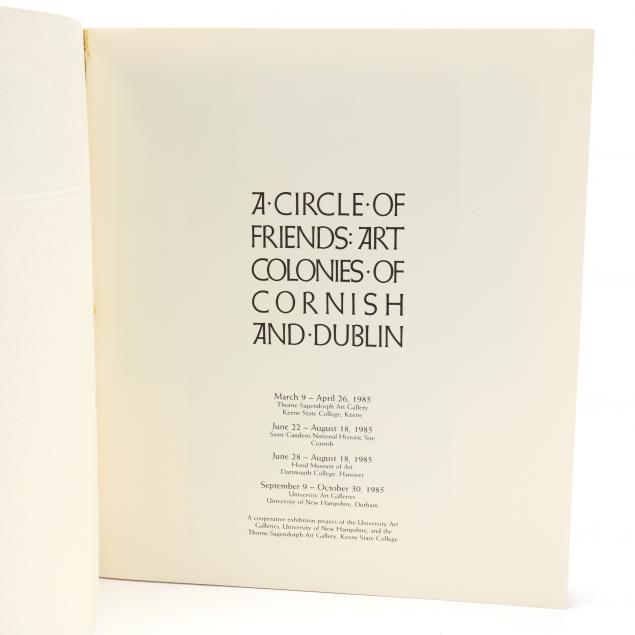 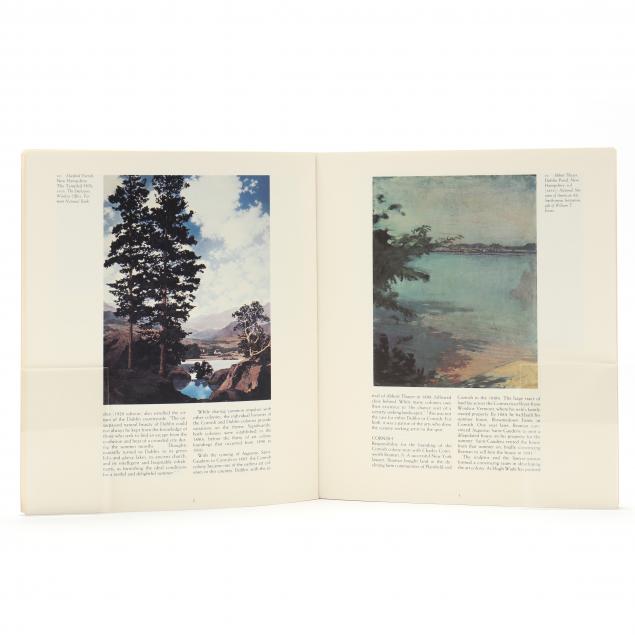