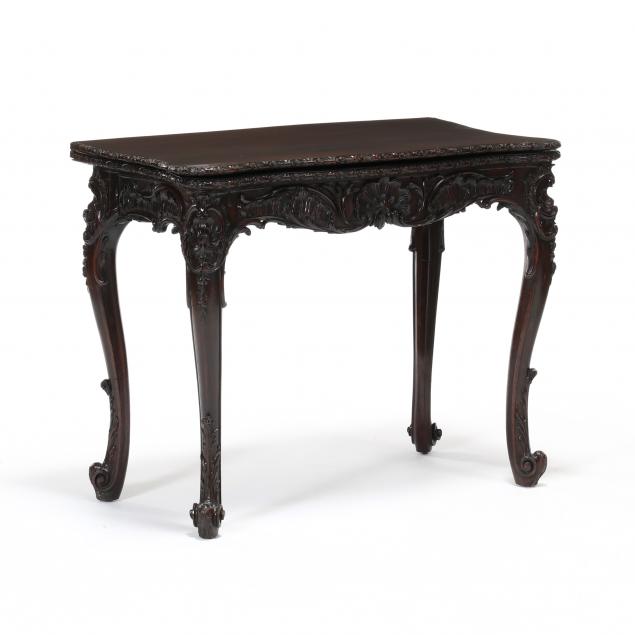 The elaborately carved detail of rocaille and shell design is straight from the 'French' designs published by Thomas Chippendale in The Gentleman and Cabinet-maker's Director.

Top lid with warp and shrinkage crack; later brown leather surface with crazing to surface; a few minor chips and wood loss throughout; later hinges to the concertina; rear left leg with inside of rail break out and loss. 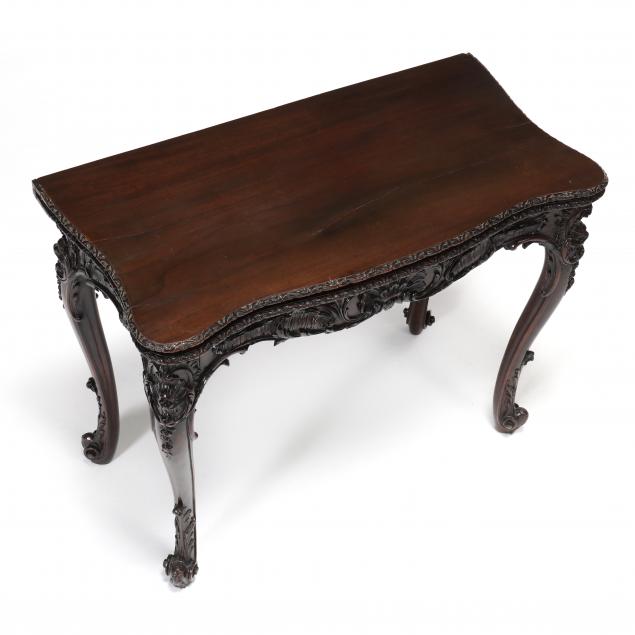 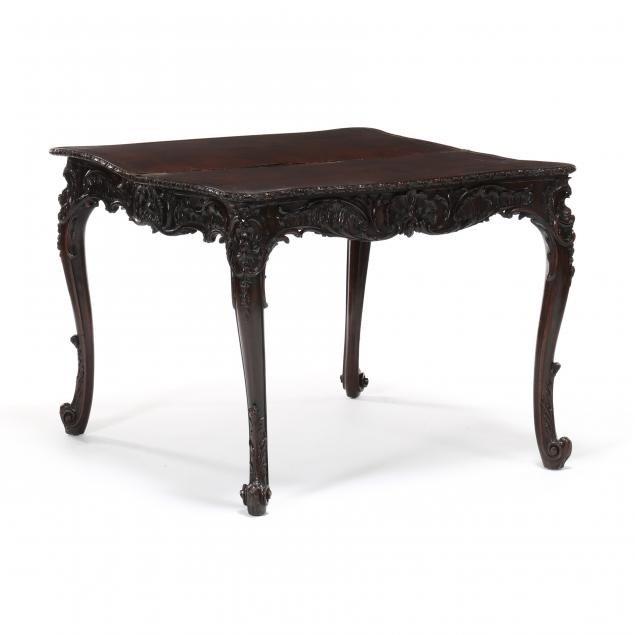 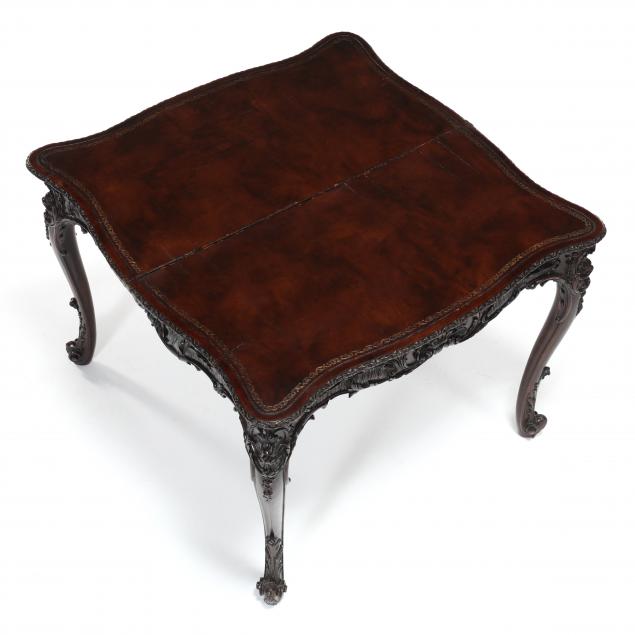 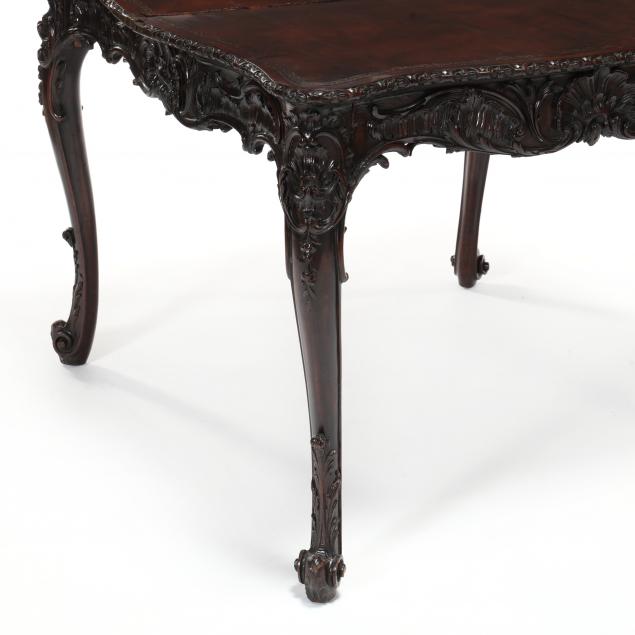 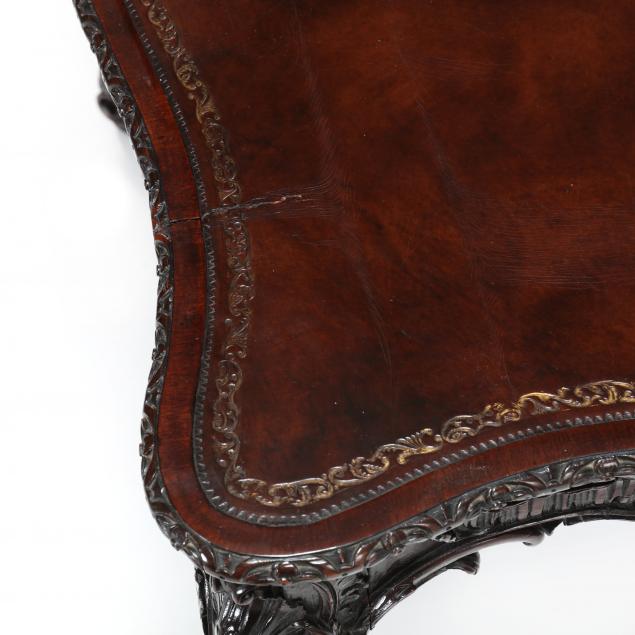 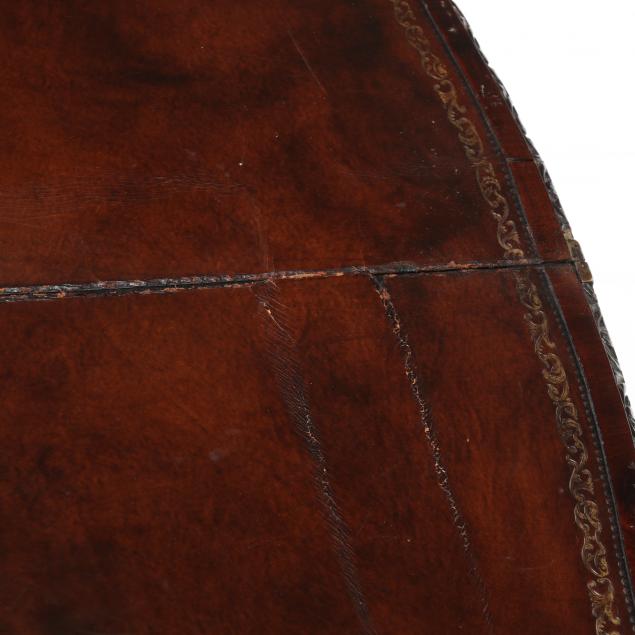 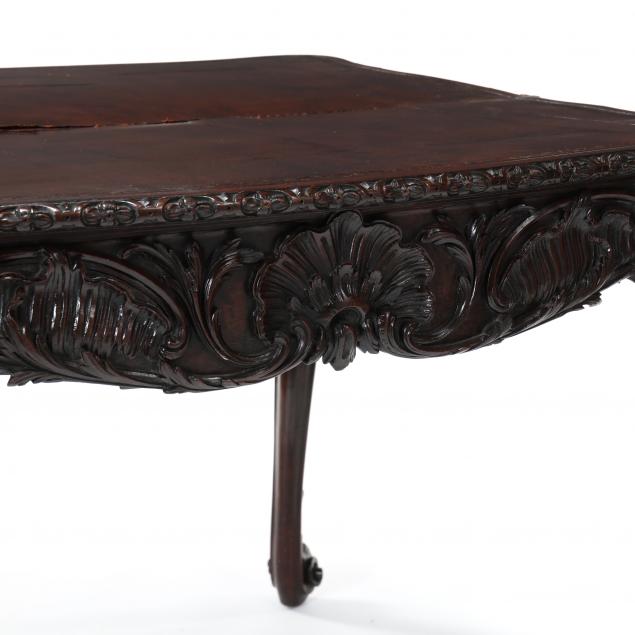 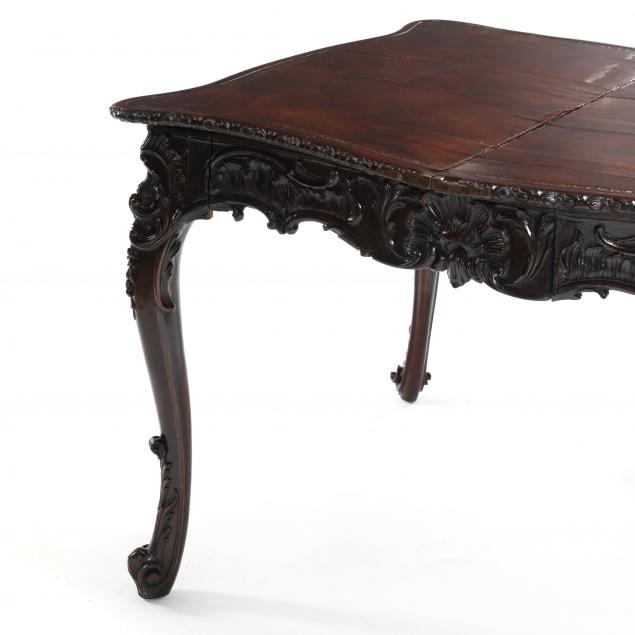 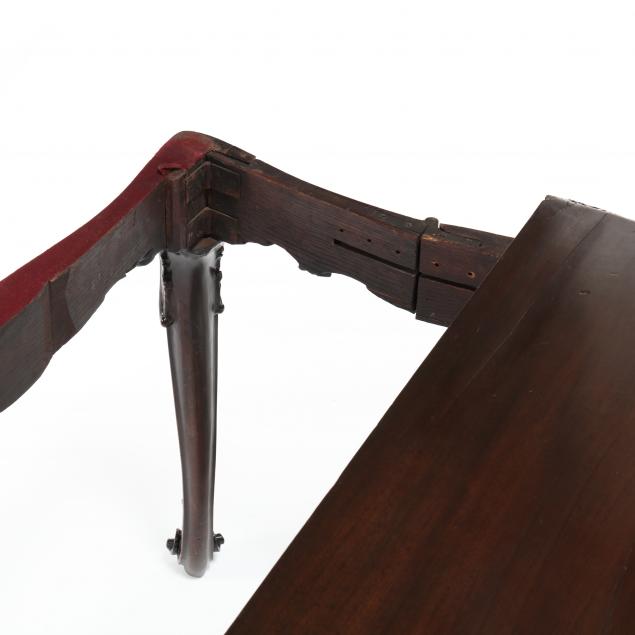 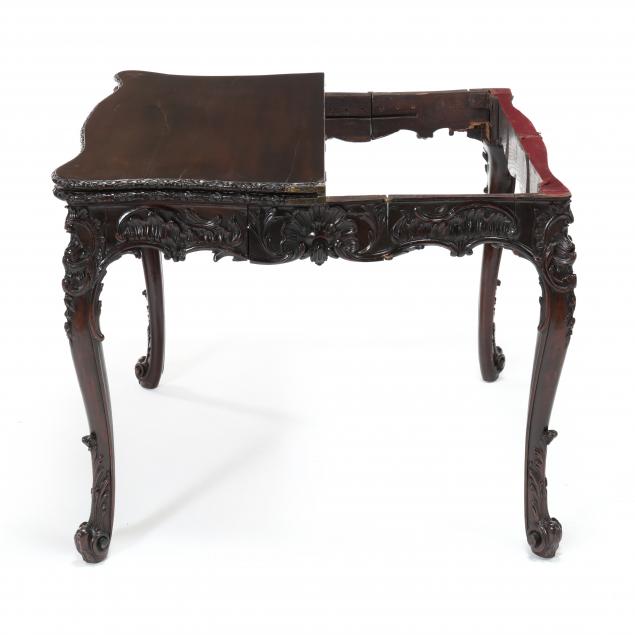 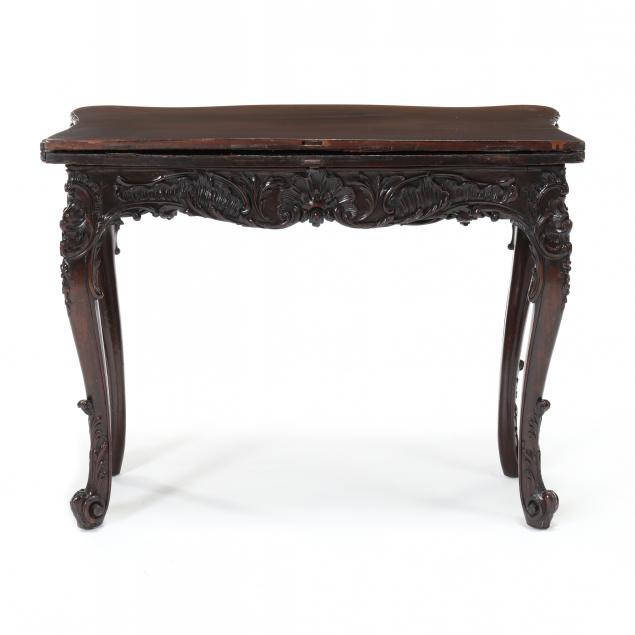 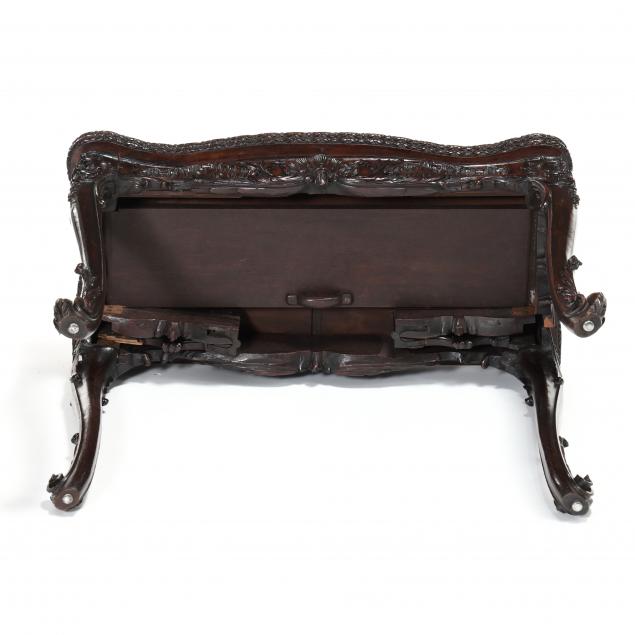 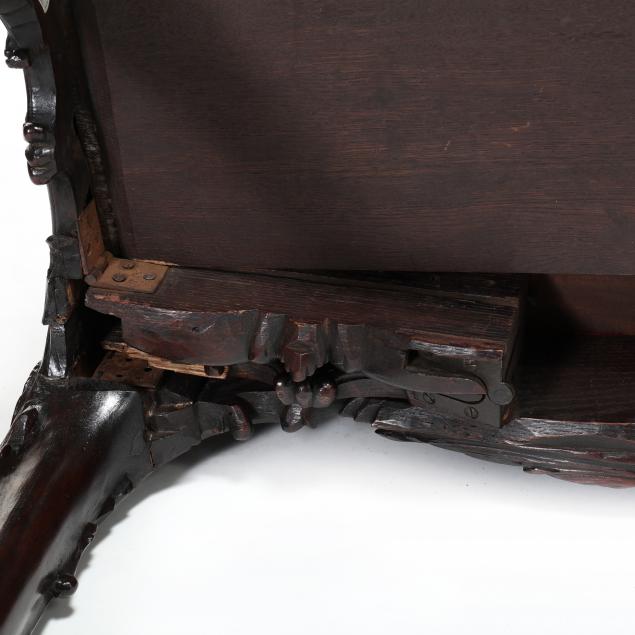 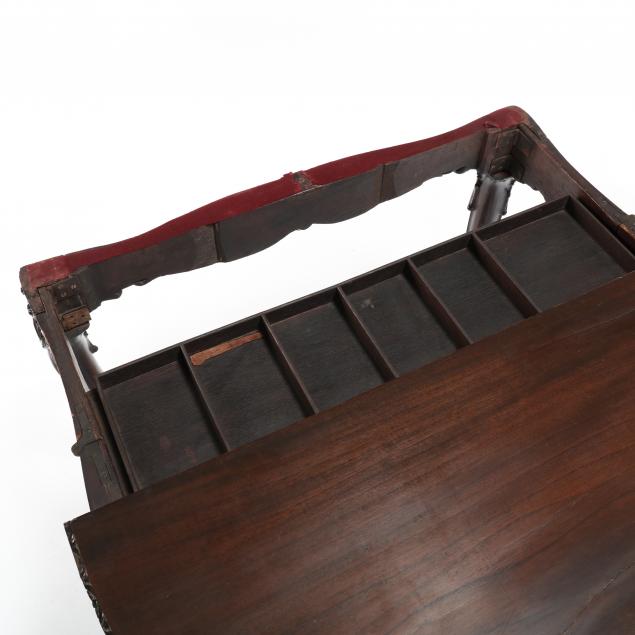 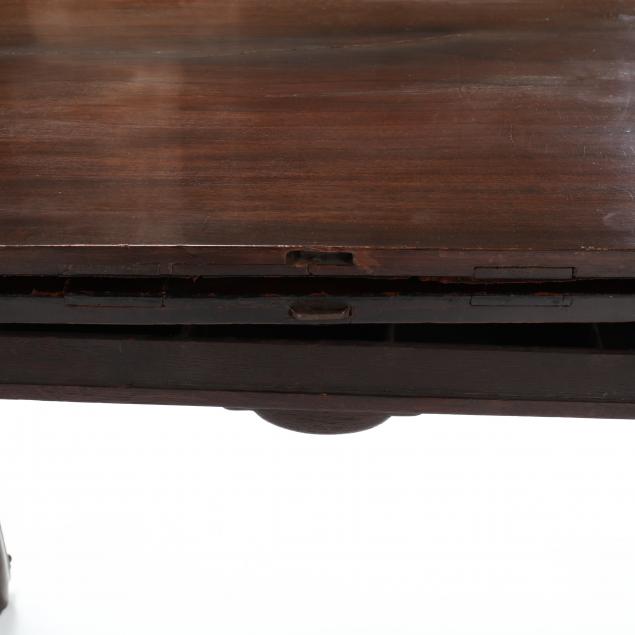