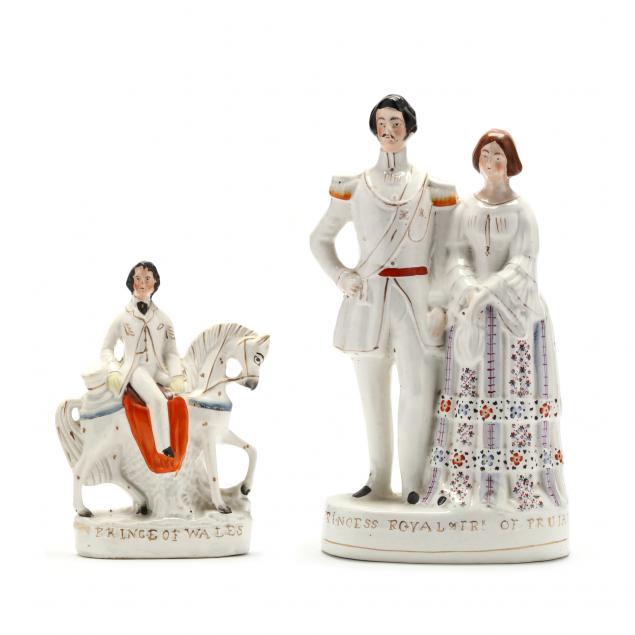 Lot 1294
Two Staffordshire Portrait Figurines of English Royalty
Lot Details & Additional Photographs
Circa 1860s, the first portrays the Princess Royal and Prince Frederick William of Prussia (15 7/8 x 8 1/4 in.) and the second is of the Prince of Wales on horseback (9 3/4 x 6 in.). Each upon an oval base with gilt title.

Princess Royal figure with shrinkage lines around the Prince's legs and under the arms well as cracks to the right shoulder of each. 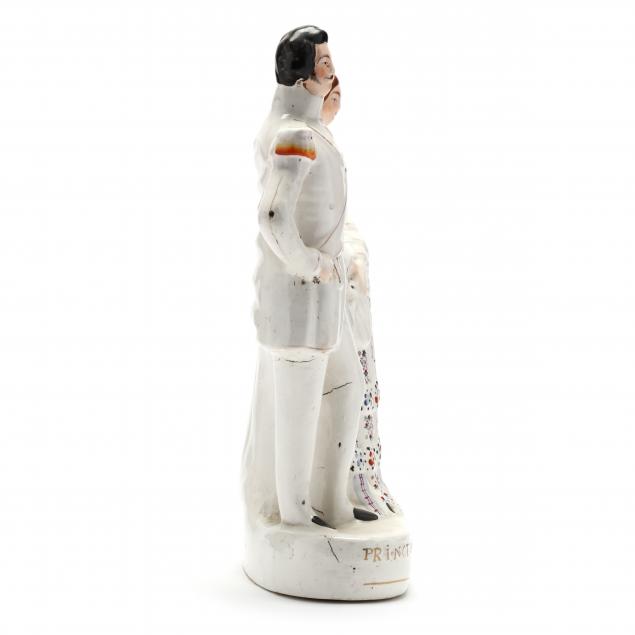 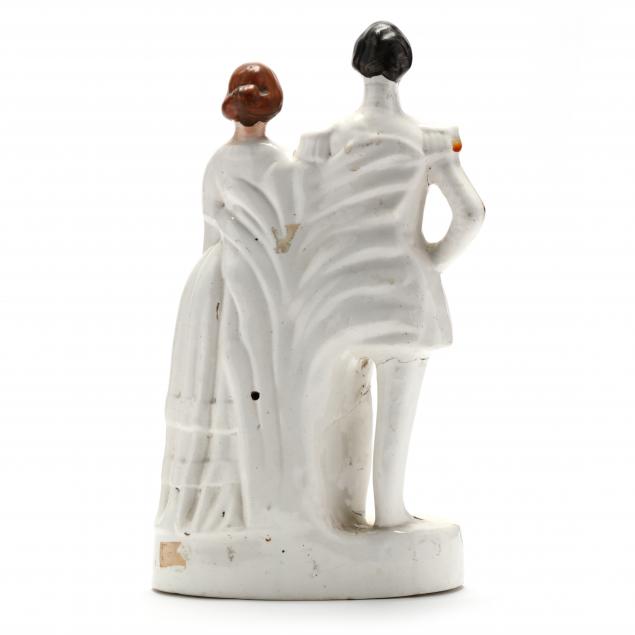 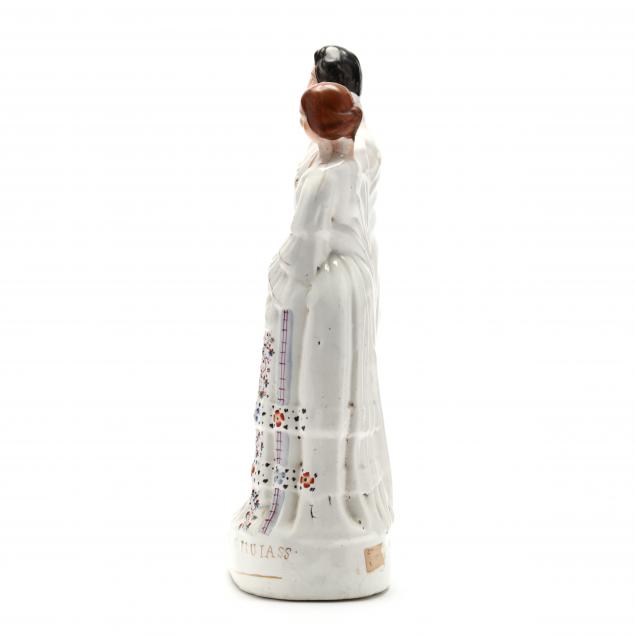 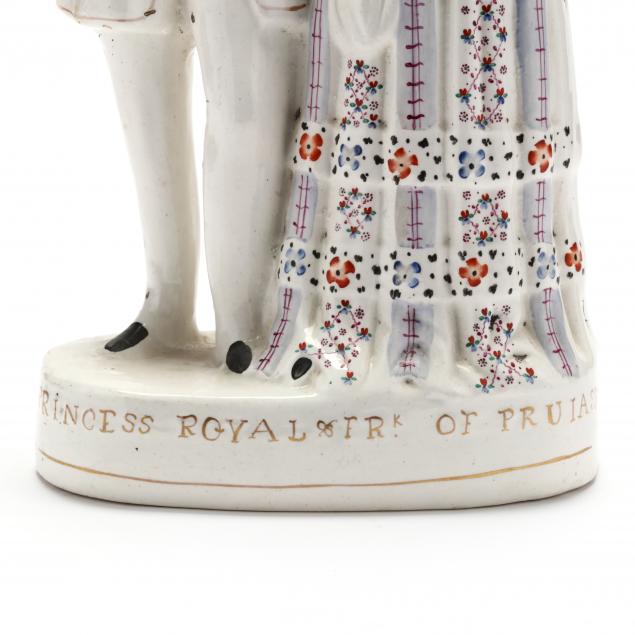 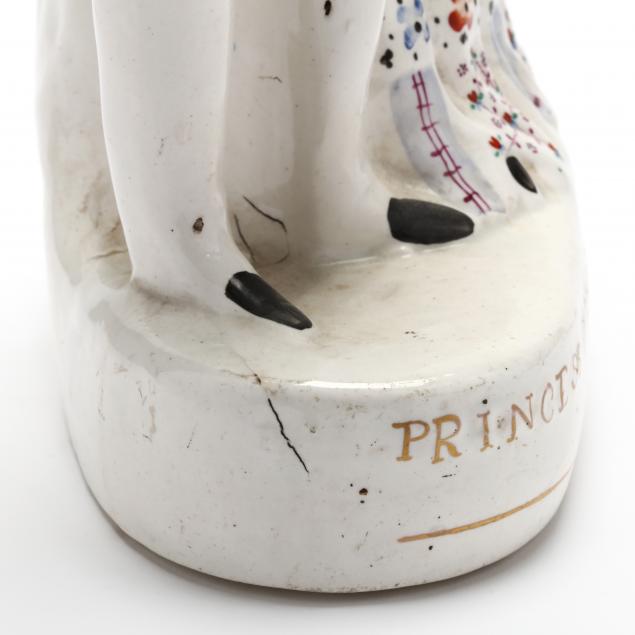 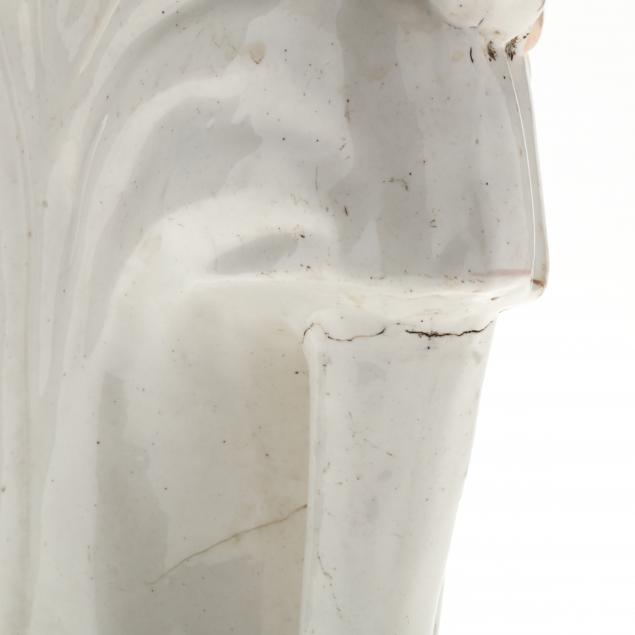 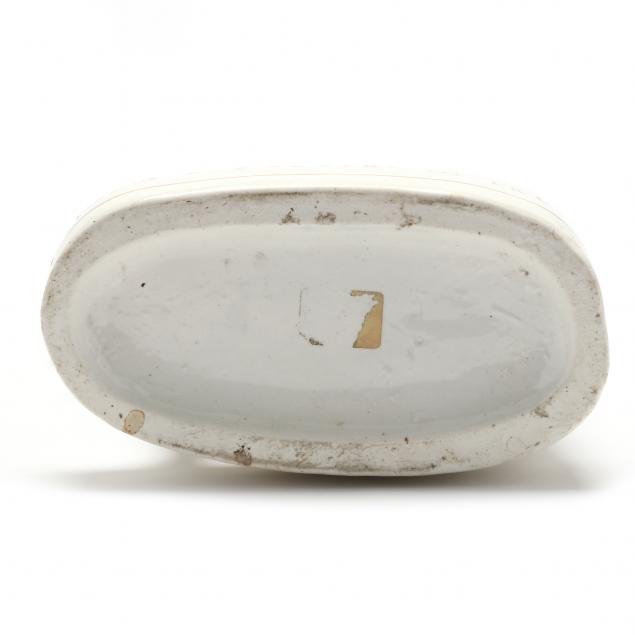 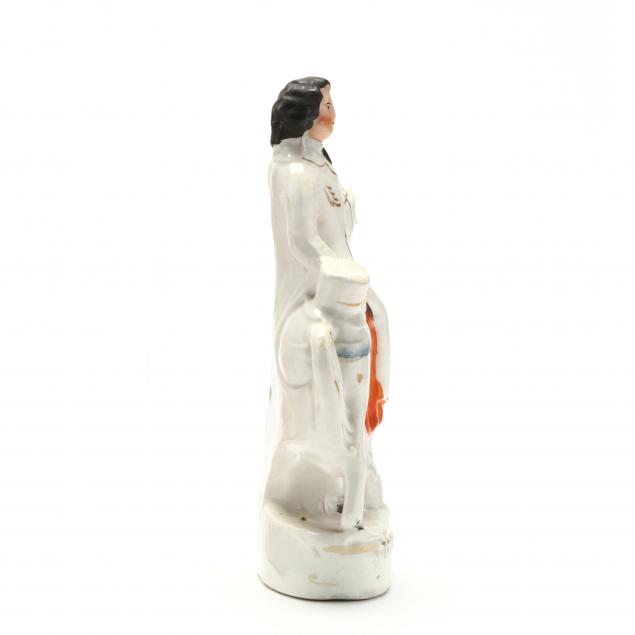 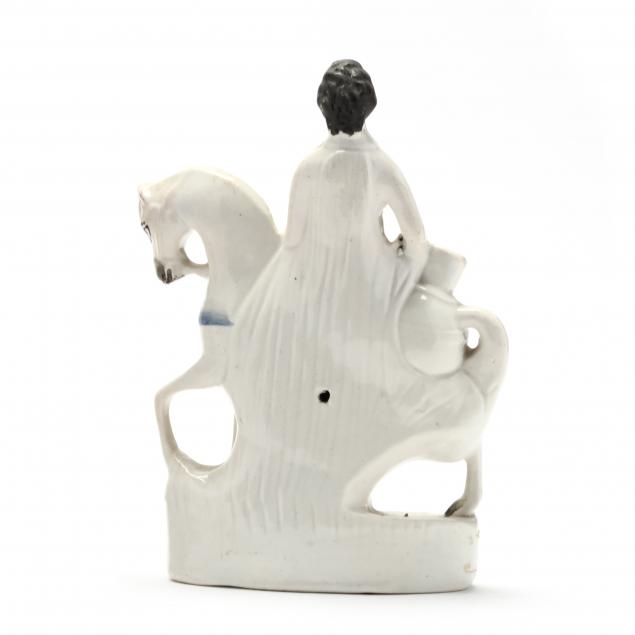 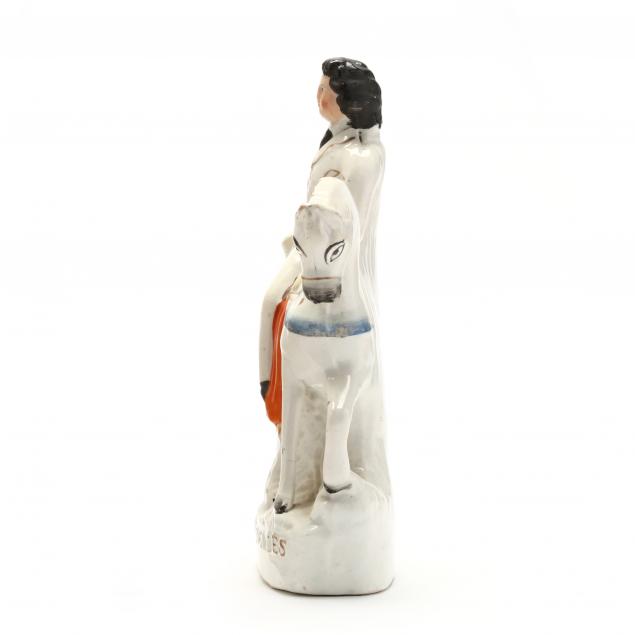 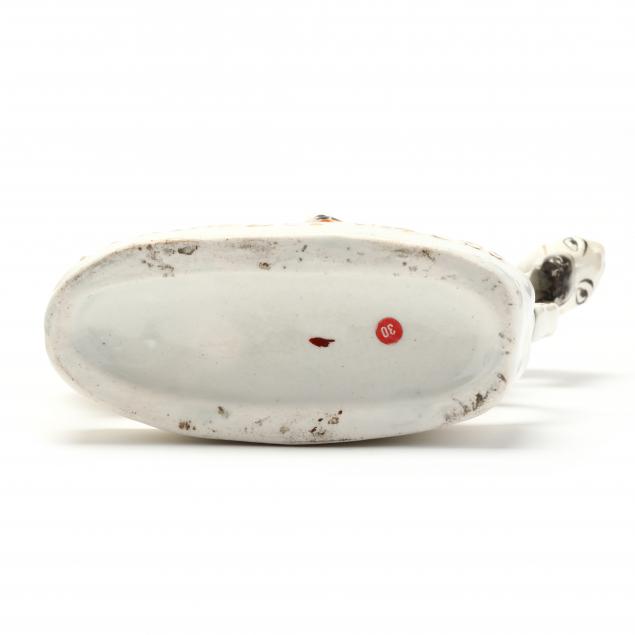