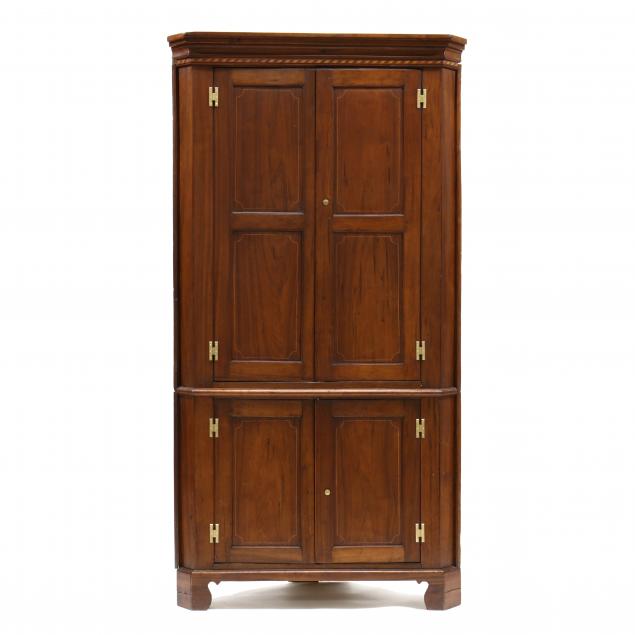 History from the consignor states from the estate of George and Isola Hartness, purchased near Rock Hill, South Carolina in the late 1920s by Mr. Hartness.

The cupboard has been cut at the waist but is currently one part form; later hinges; cut/patch to the upper right door at interior edge; upper rear center back board later; later feet and base molding. 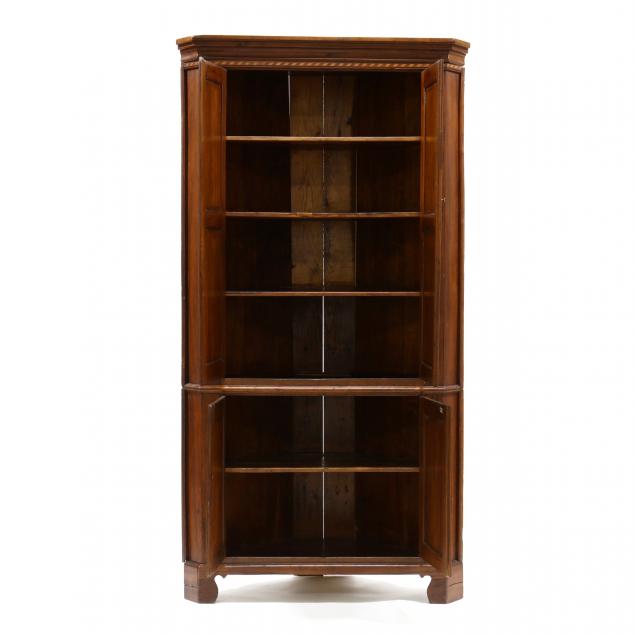 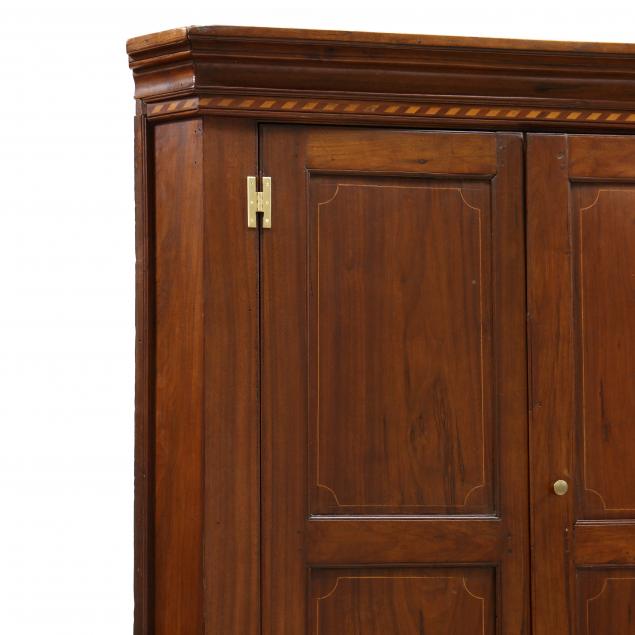 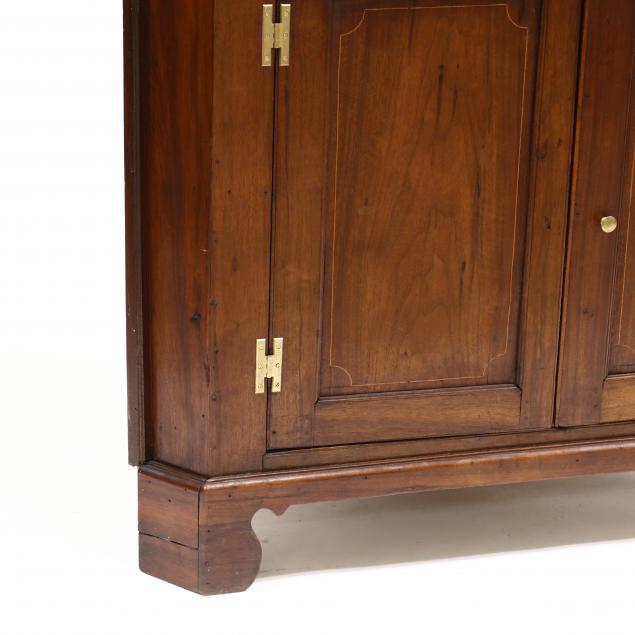 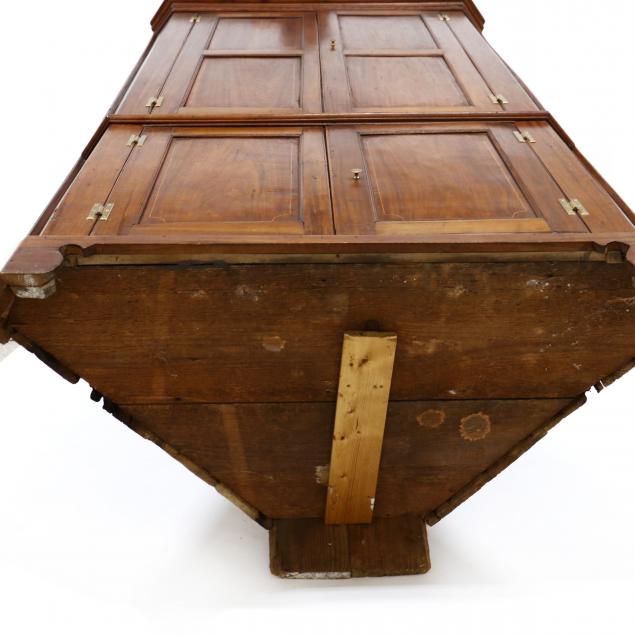 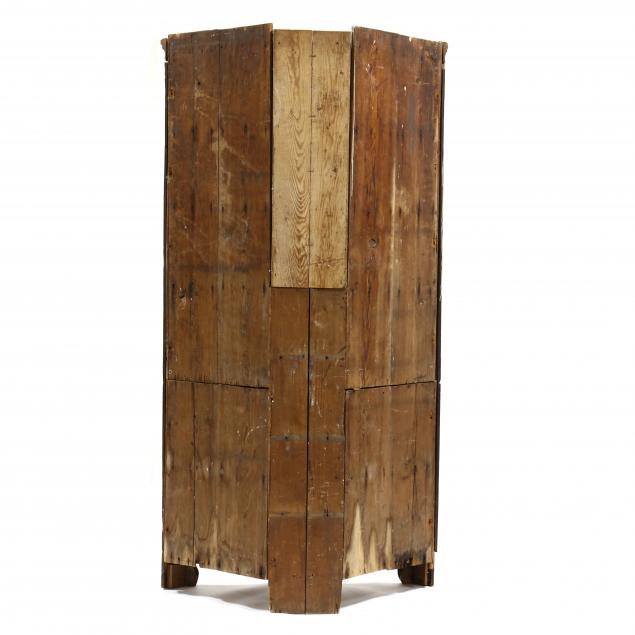