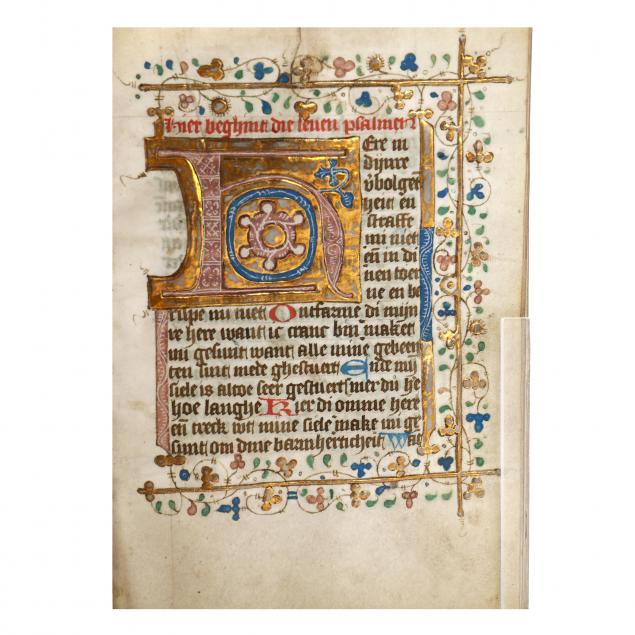 Internally in very good condition, the leaves being intact with some light soiling from the ages; most illumination is solid with only some surface wear; the first leaf that would have listed the holy days for January is lacking, as is any illuminated title page there may have been; the boards are heavily worn, stained and split, the top board being disbound and having the remains of inappropriate tape repairs; the text remains securely bound; overall good condition. 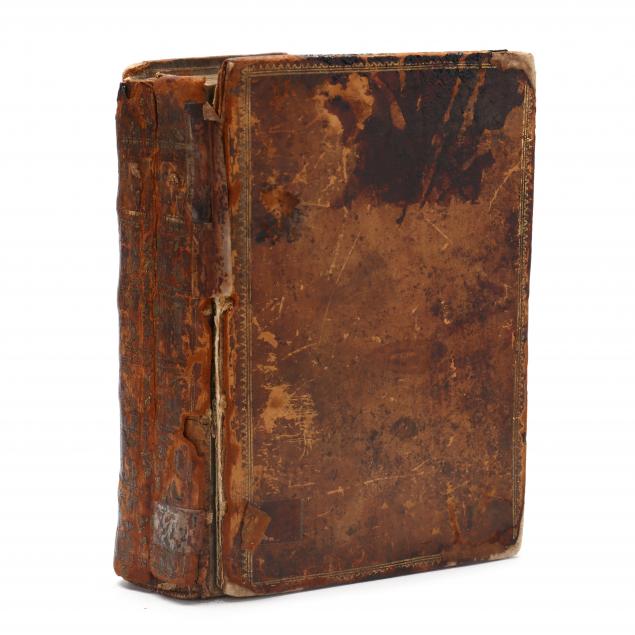 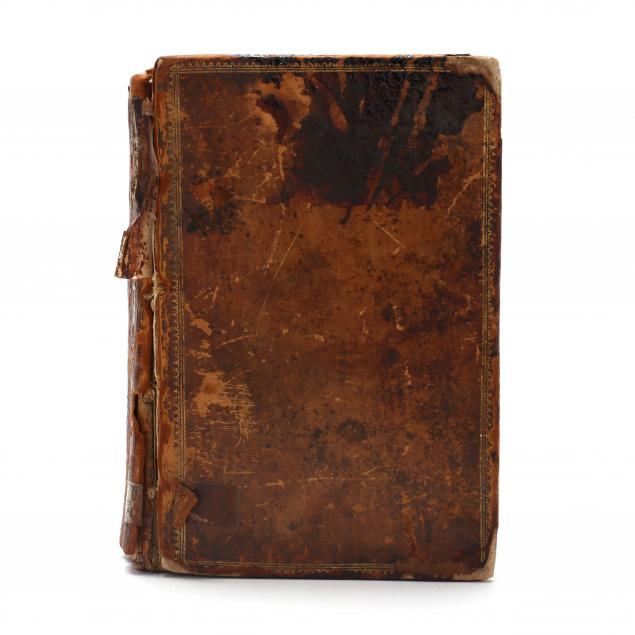 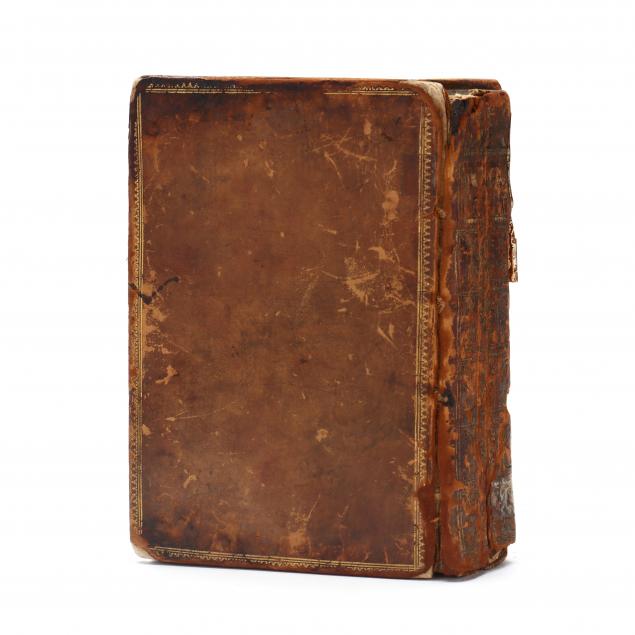 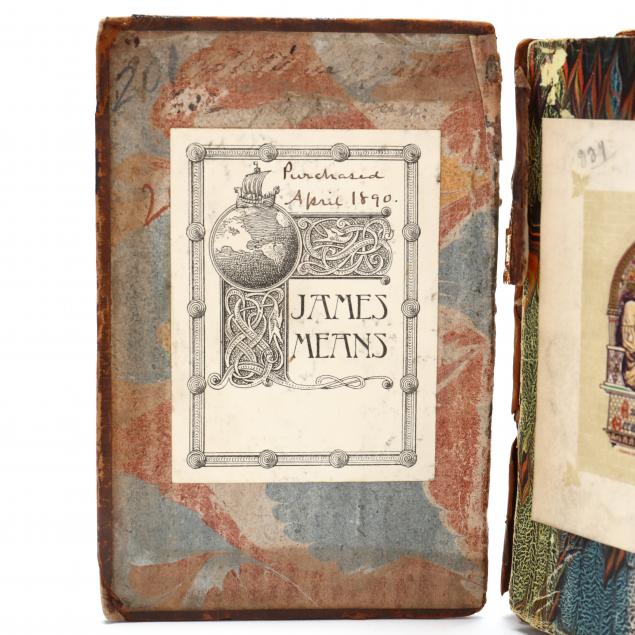 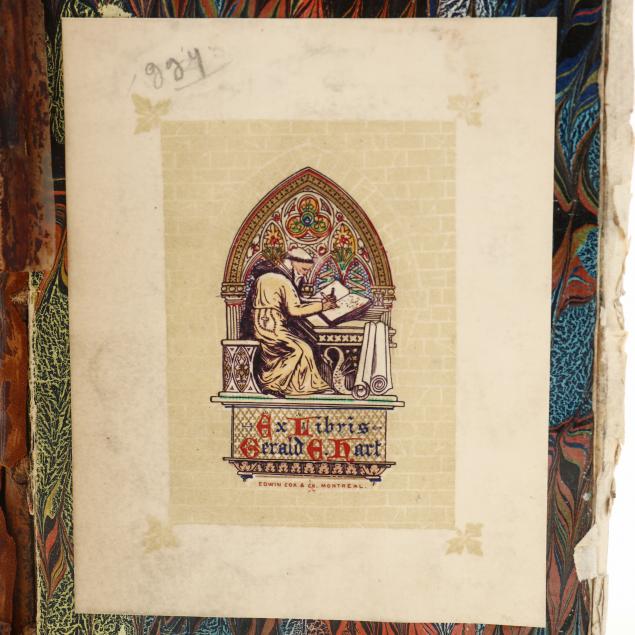 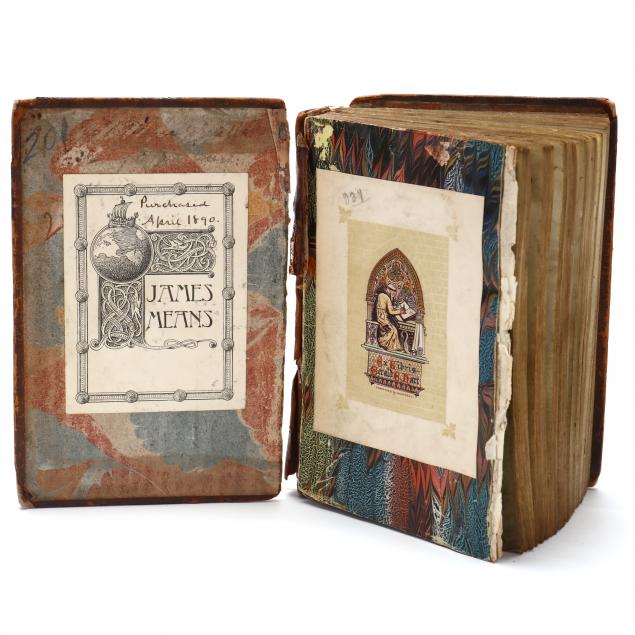 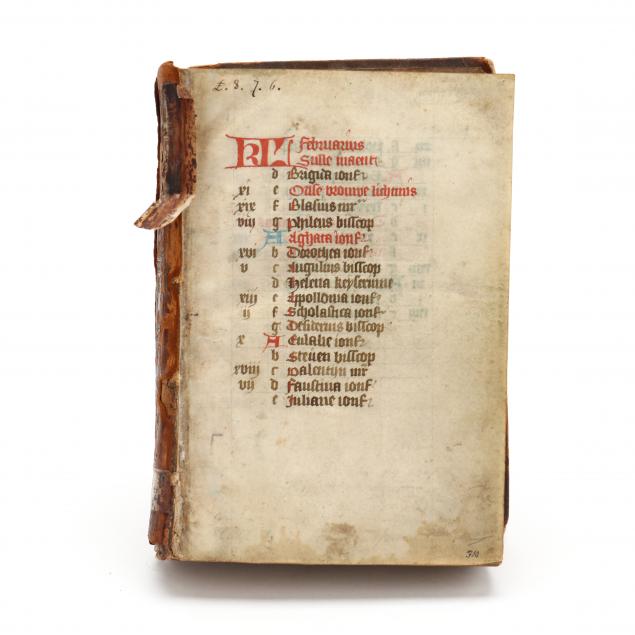 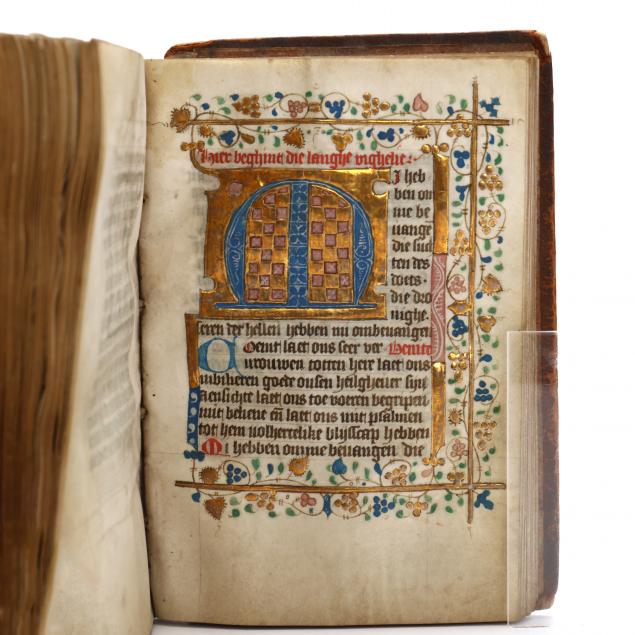 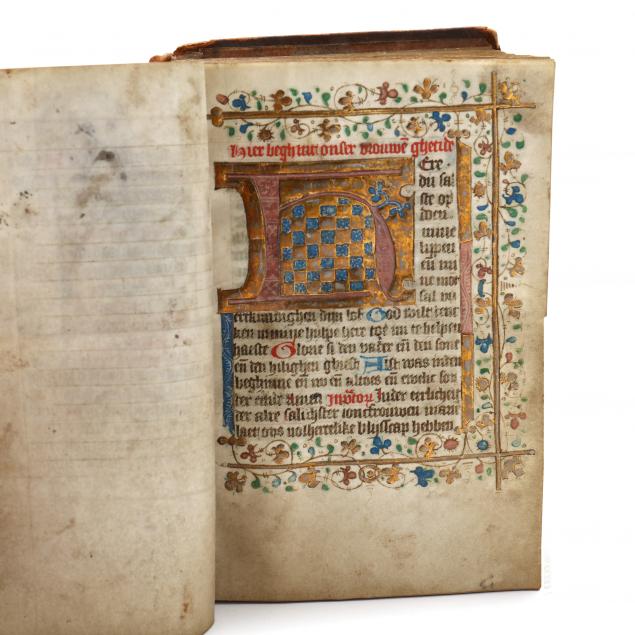 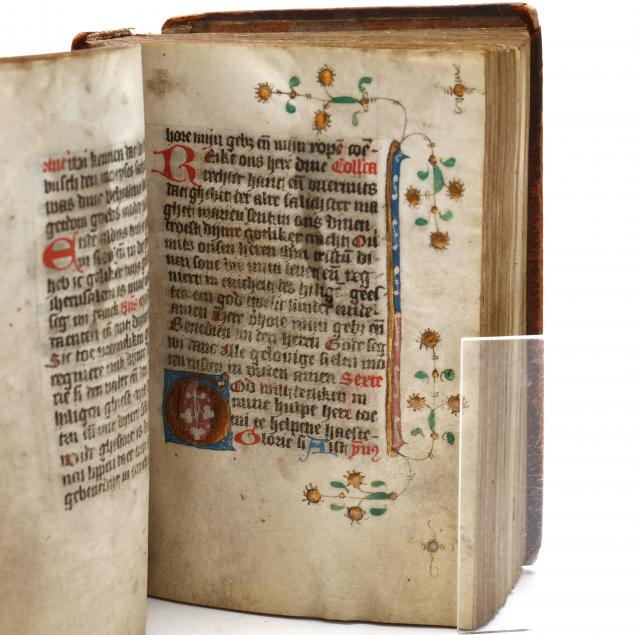 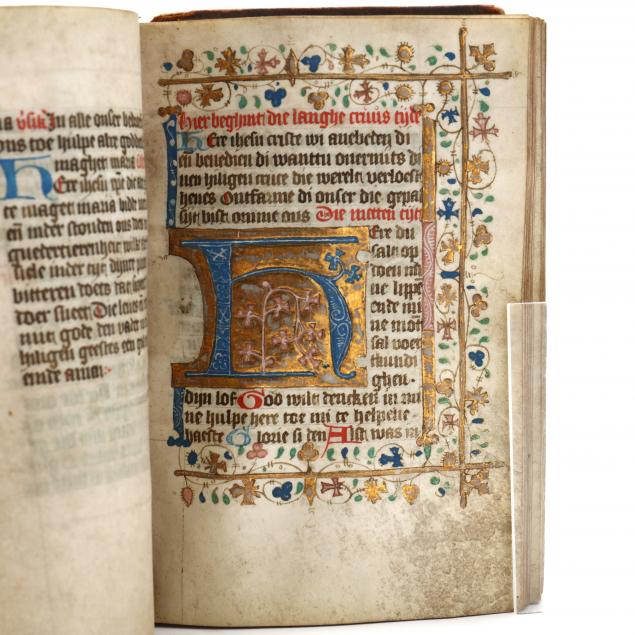 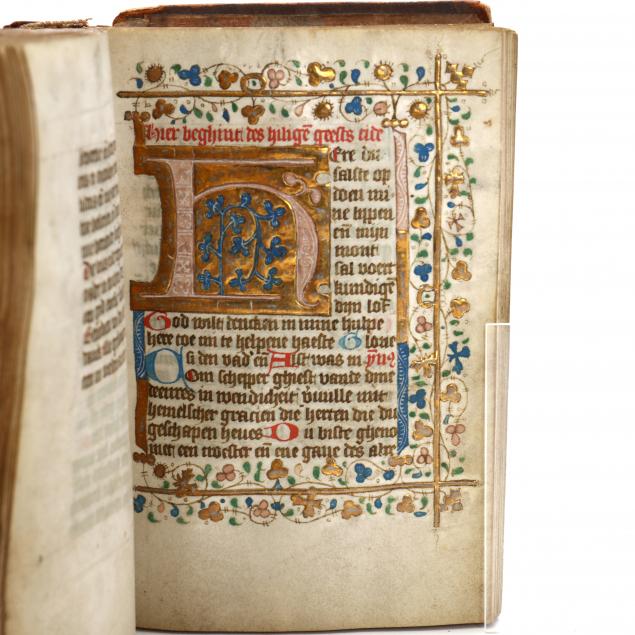 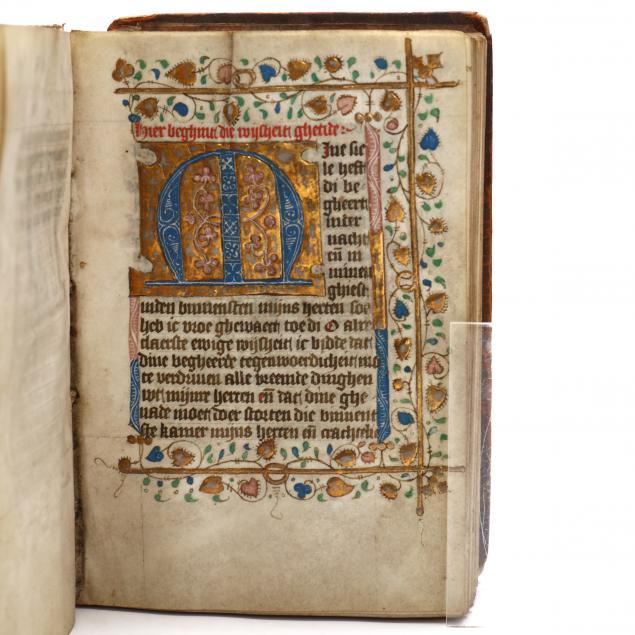 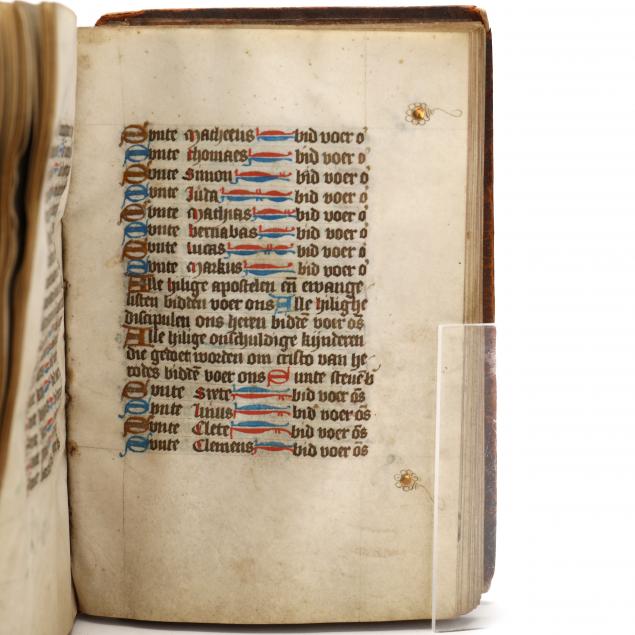