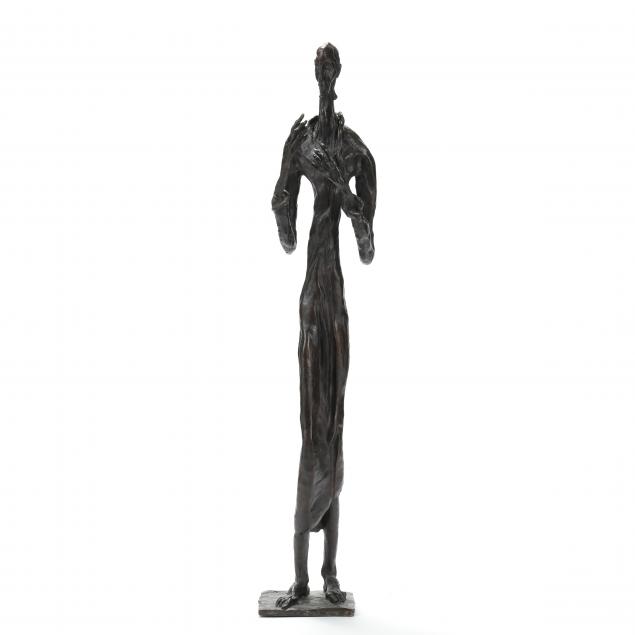 Native New York figurative sculptor Doris Porter Caesar was born in Brooklyn. She studied drawing at the Art Student's League with the celebrated figurative artist and anatomy instructor George Bridgman (1864-1943), and later with the Ukrainian-American cubist sculptor Alexander Archipenko (1887-1964).
Her first exhibitions were at Montross Gallery and Erhard Weyhe Gallery in New York City in the 1930s, where she became influenced by the German expressionist works of Wilhelm Barlach, Ernst Lehmbruck, and Käthe Kollwitz. In the 1940s, her works incorporated a loose textural handling of form, with elongated figures in standing or seated poses. Later works often had smoother surfaces with a primary focus on the female figure. In 1957 and 1959, Caesar's works were included in two exhibitions at the Whitney Museum, the later exhibition titled "Four American Expressionists."

Area to figure's right wrist with separation; some light spots of verdigris to base. 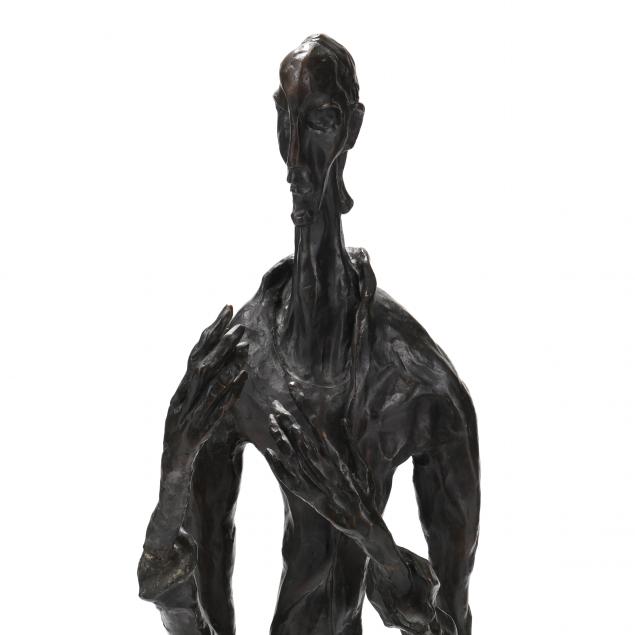 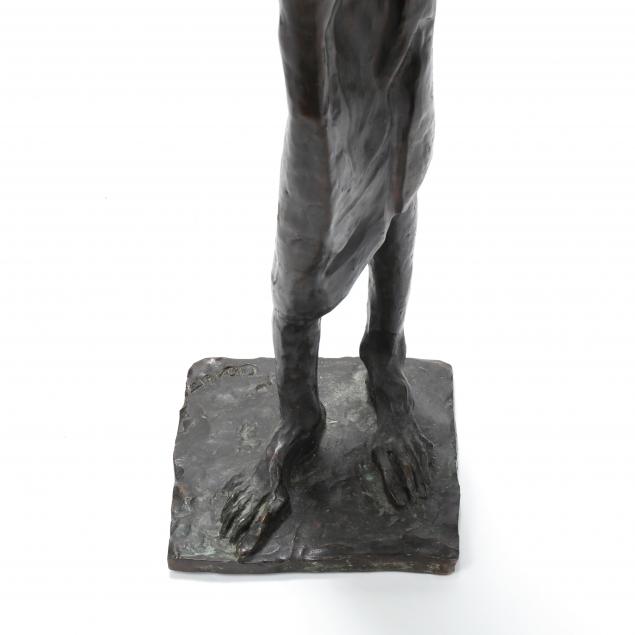 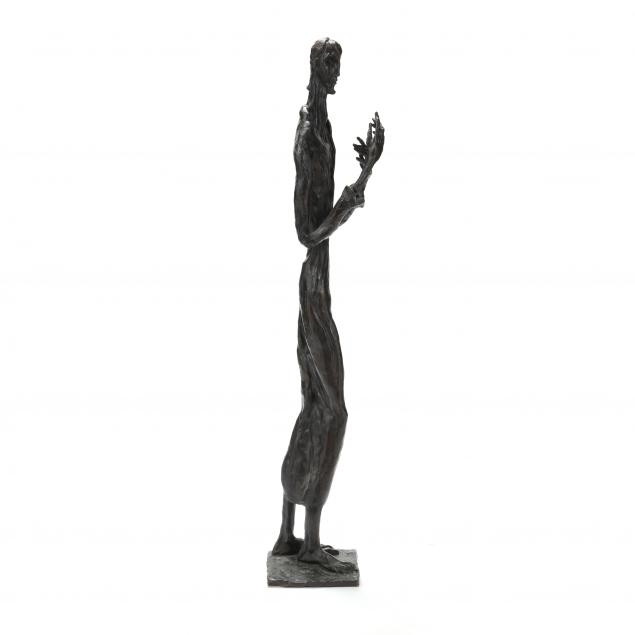 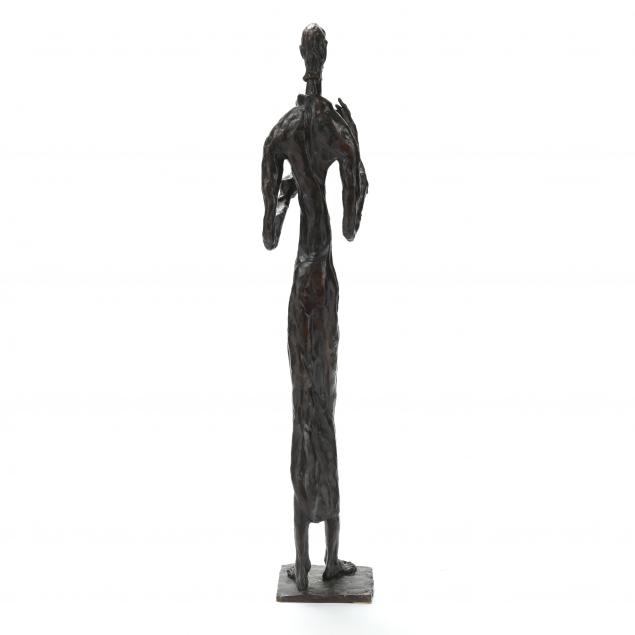 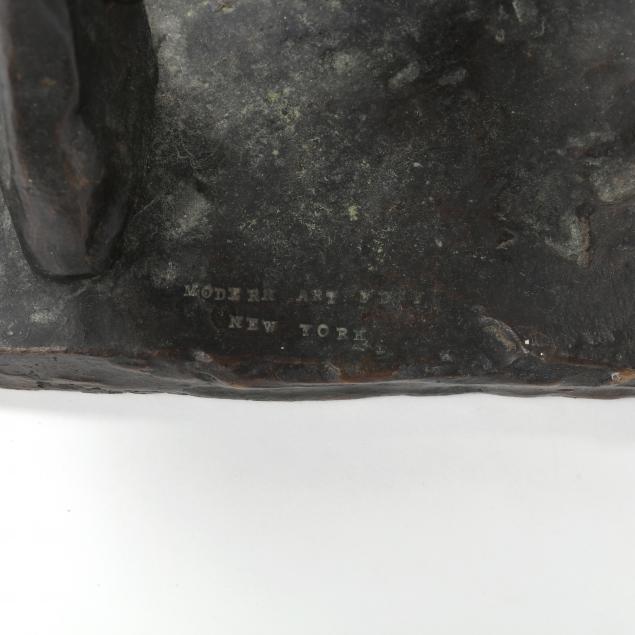 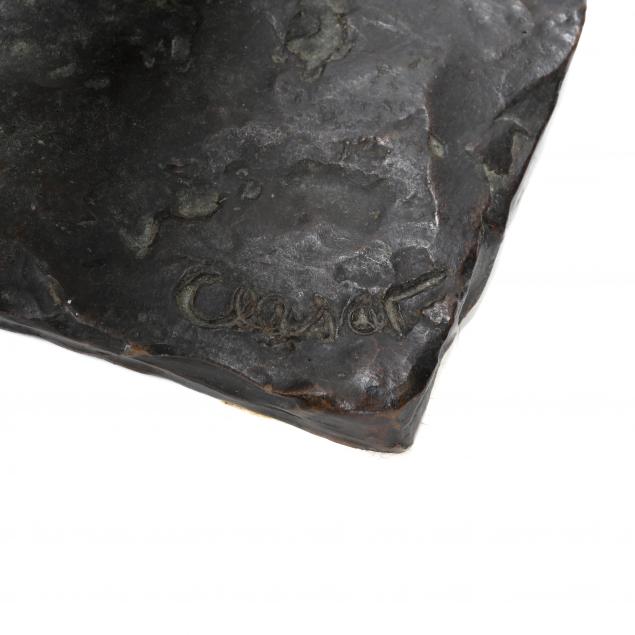 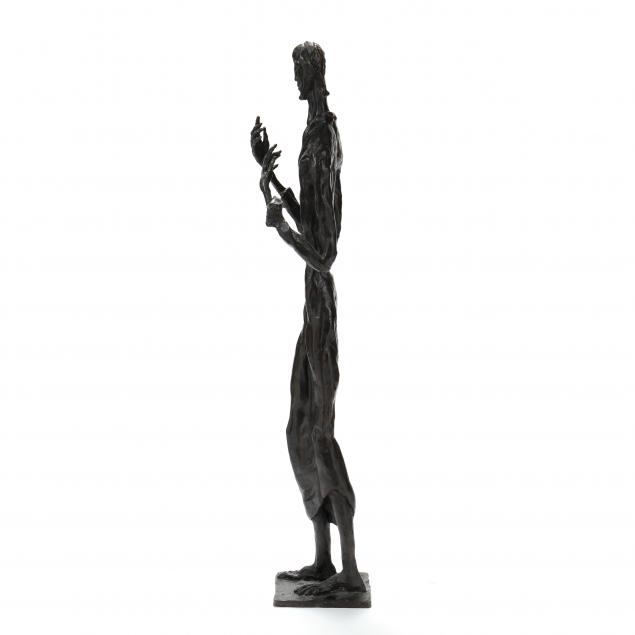