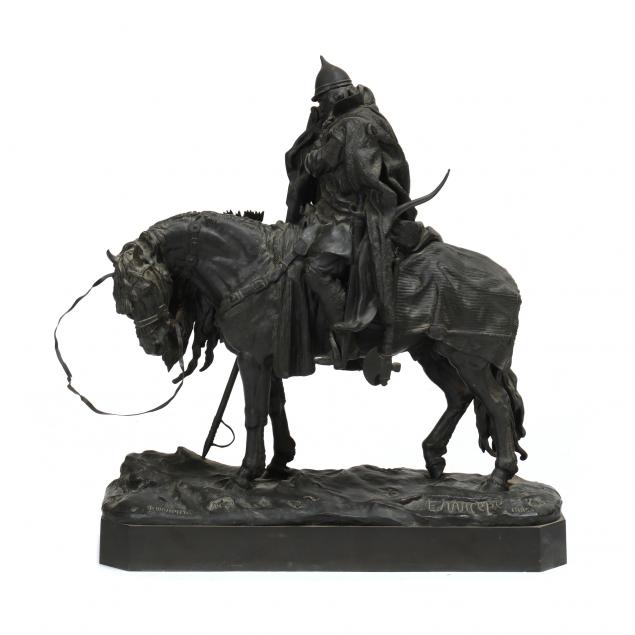 Evgeni Lanceray, romanized to Eugene Lanceray, was an exceptionally well known Russian sculptor of the 19th century. Born in St. Petersburg, he is particularly noted for his strong modeling of horses and interest in Middle Eastern and Russian subjects.
F. Chopin was a French fondeur who established in St. Petersburg in 1838, and considered to be the main supplier to the Imperial court and exhibited at the Paris Exposition Universelle in 1878. 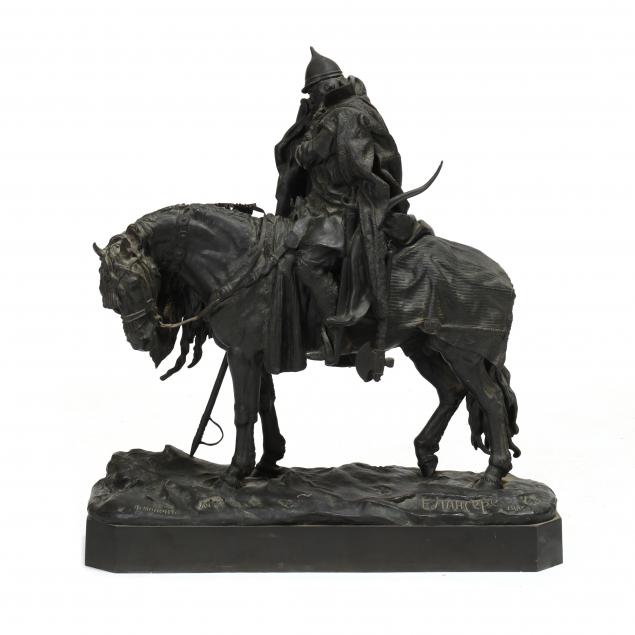 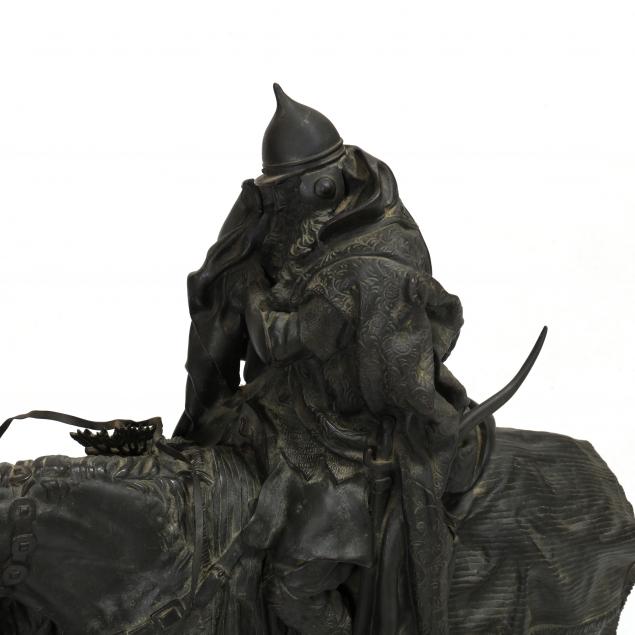 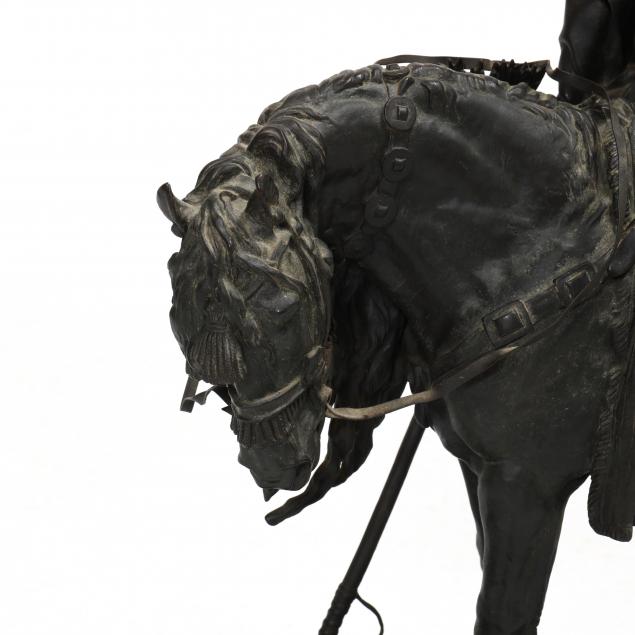 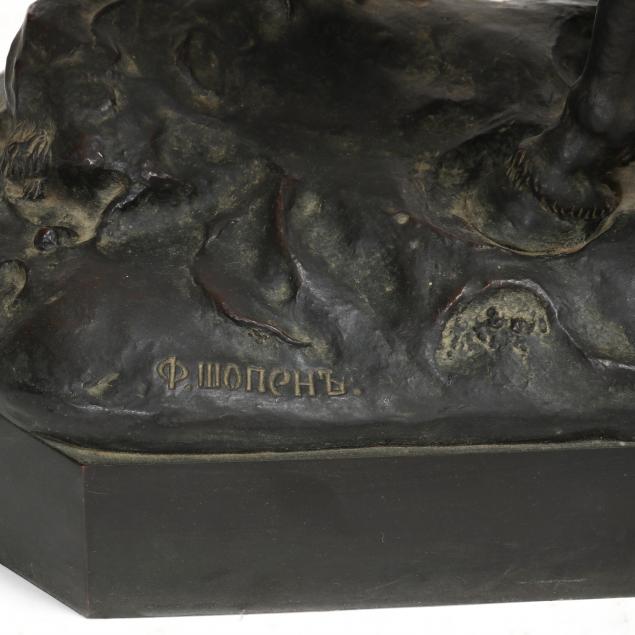 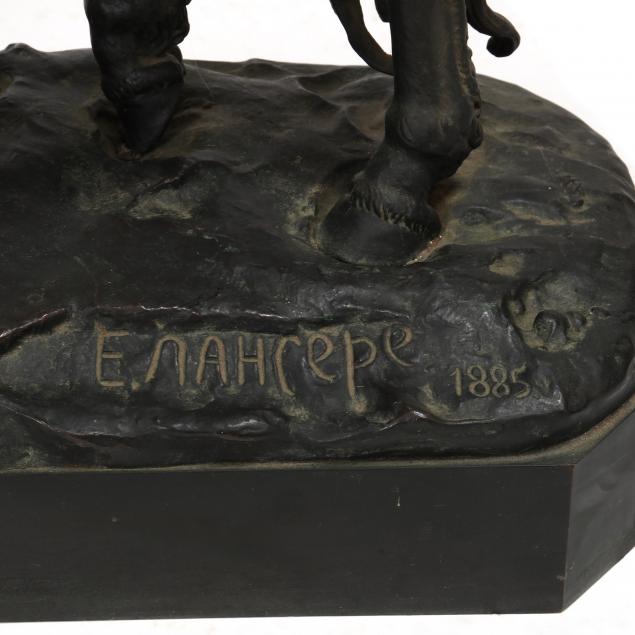 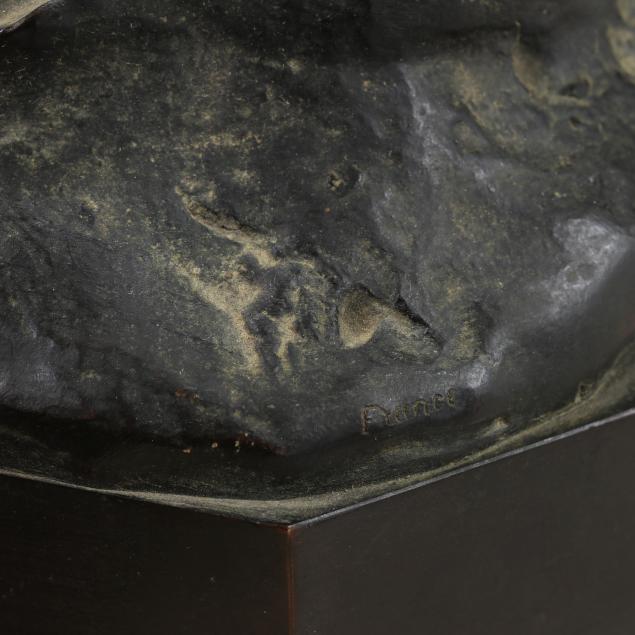 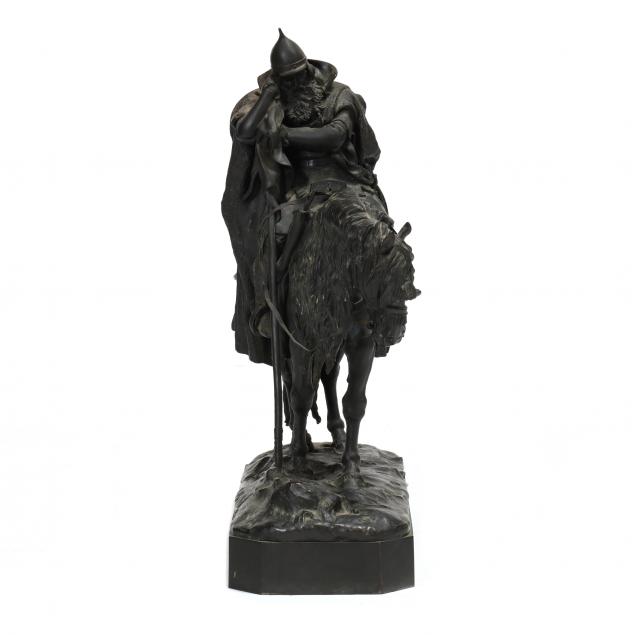 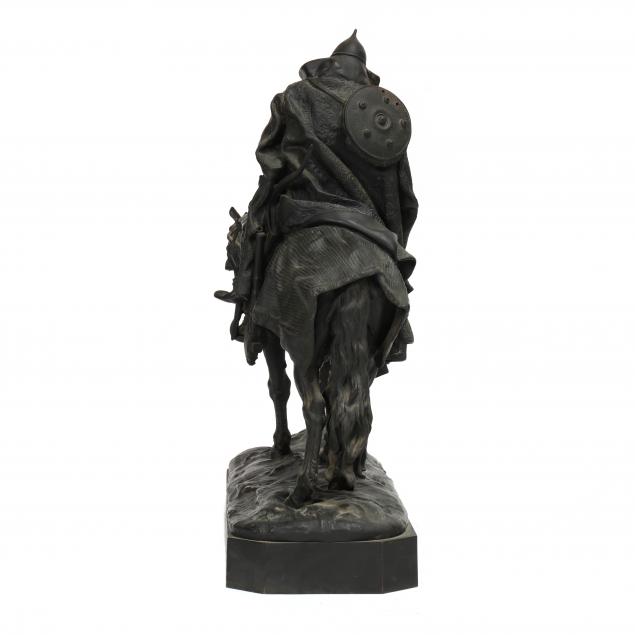 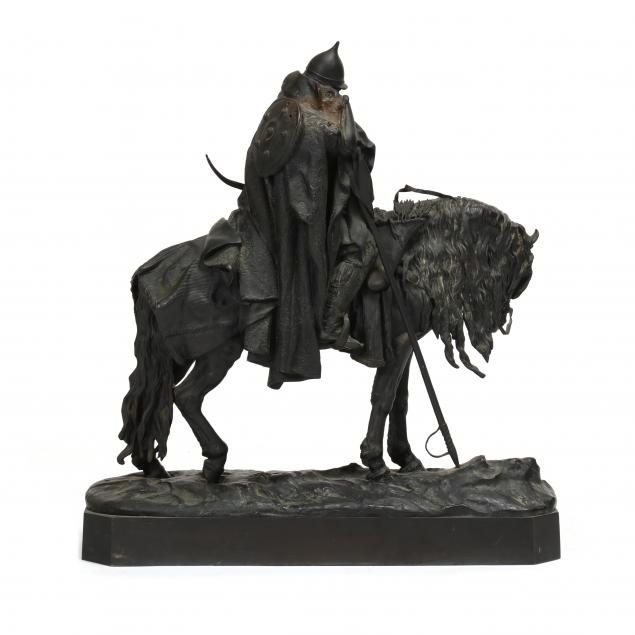