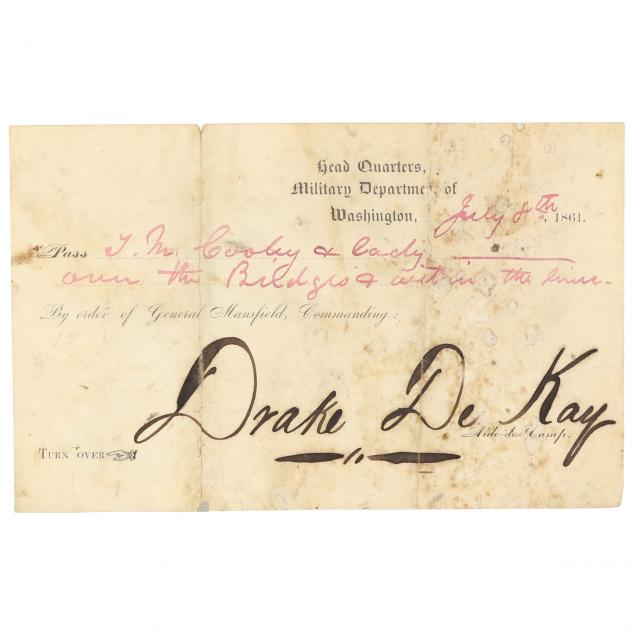 Lot 3520
1861 Federal Military Pass to Enter Washington, D. C. From Virginia
Lot Details & Additional Photographs
Partially printed Document Signed "Drake DeKay," two pages (5-1/2 x 8 in.), "Head Quarters, Military Department of Washington," July 8, 1861, allowing "J. M. Cooley & lady over the Bridges & within the lines, the verso signed by Cooley below an imprint reading, "It is understood that the within named and subscriber accepts this pass on his word of honor that he is and will be ever loyal to the United States; and if hereafter found in arms against the Union, or in any way aiding her enemies, the penalty will be death." 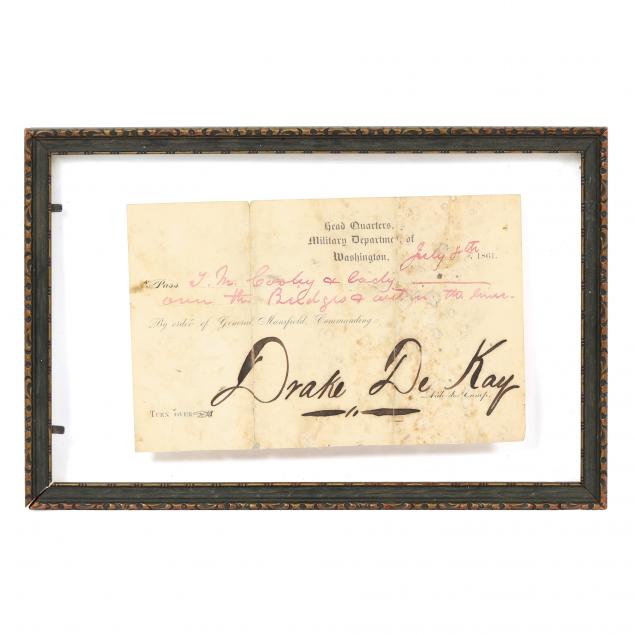 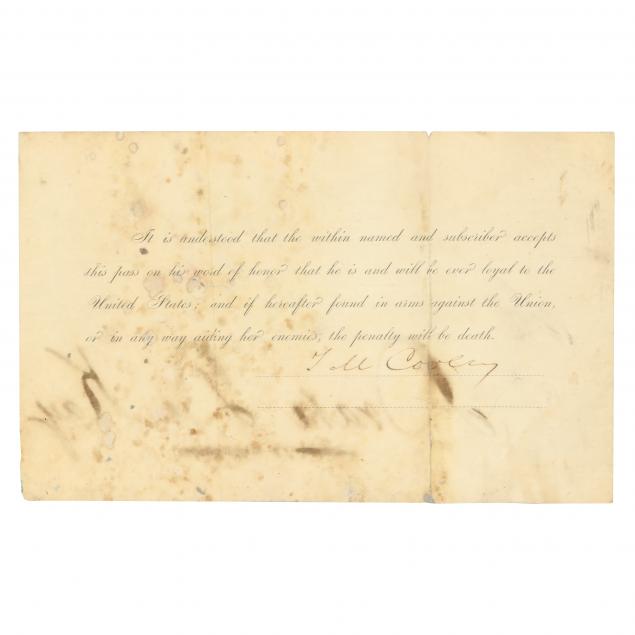 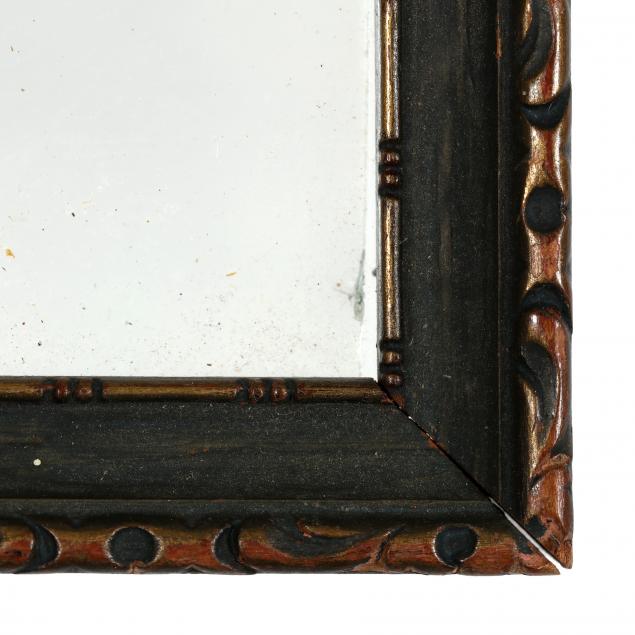