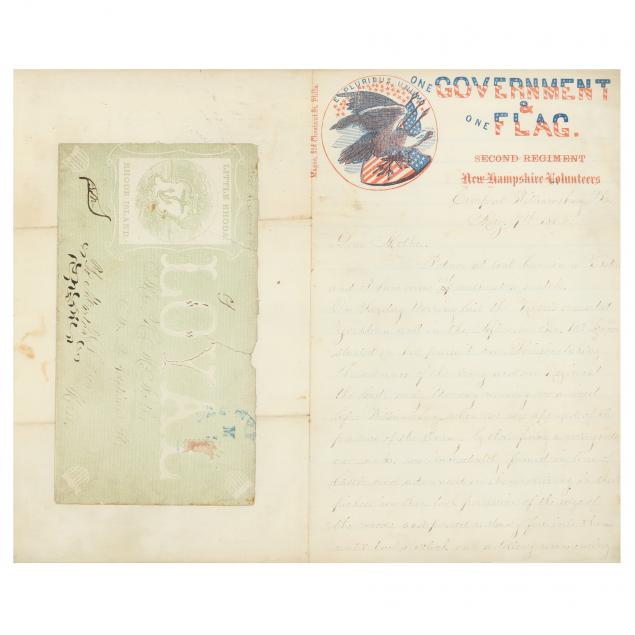 Lot 3524
Union Soldier Sends Battle Letter Home on Patriotic Stationery
Lot Details & Additional Photographs
Autograph Letter Signed "James" from Williamsburg, Virginia to his mother in Chelsea, Massachusetts, on patriotic stationery (8 x 5 in.) imprinted for the "Second Regiment / New Hampshire Volunteers" (crossed out) and mailed in a patriotic cover noting the loyalty of Rhode Island. It reads, in part, "I have at last been in a Battle and I have come out without a scratch. On Sunday morning last the Rebels evacuated Yorktown...early Monday morning we arrived before Williamsburg when we were apprised of the presence of the Enemy by their firing a volley into our ranks. We immediately formed in line of battle and advanced on them driving in their pickets we then took possession of the edge of the woods and poured a steady fire into them...our artillery commencing to fire immediately after we did. The rebels kept up a hot and steady fire in return and the slaughter on both sides was immense...I saw two men each side of me fall dead shot through the head. I hid under a log and the rebels passed right over me...as I was about to give myself up a prisoner to save my life our troops rallied and poured volley after volley into the Rebels...Thank Heaven I am alive and well and hope you and the rest of the family are also well...". The letter and its mailing cover are presented in a two-sided wooden frame.

James North enlisted as a Private in 1861 and survived four years of war, resigning as a 1st lieutenant. Active in veteran affairs, he died in 1914.

Toned paper, the ink on the letter somewhat faded, but legible. 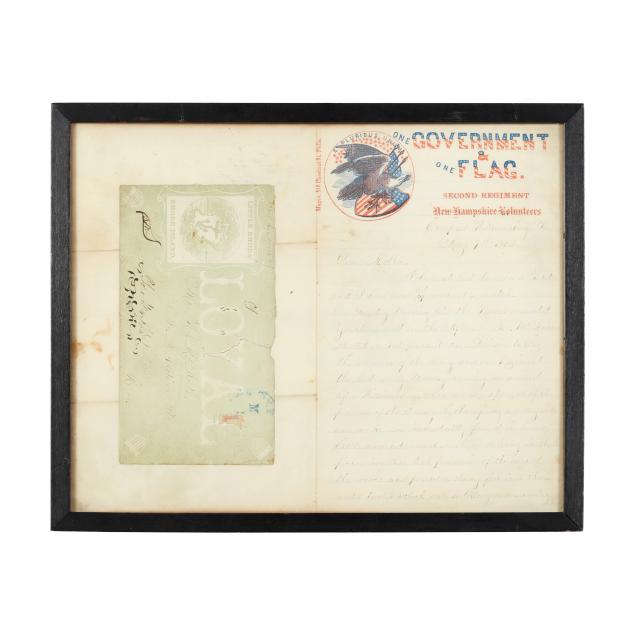 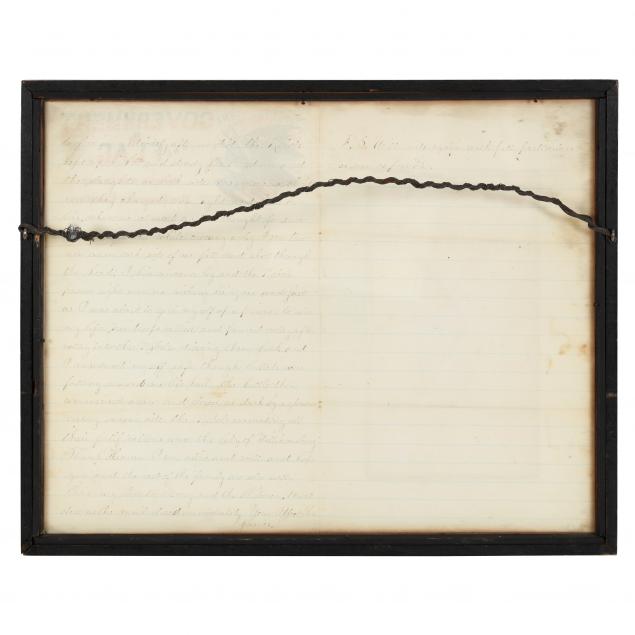