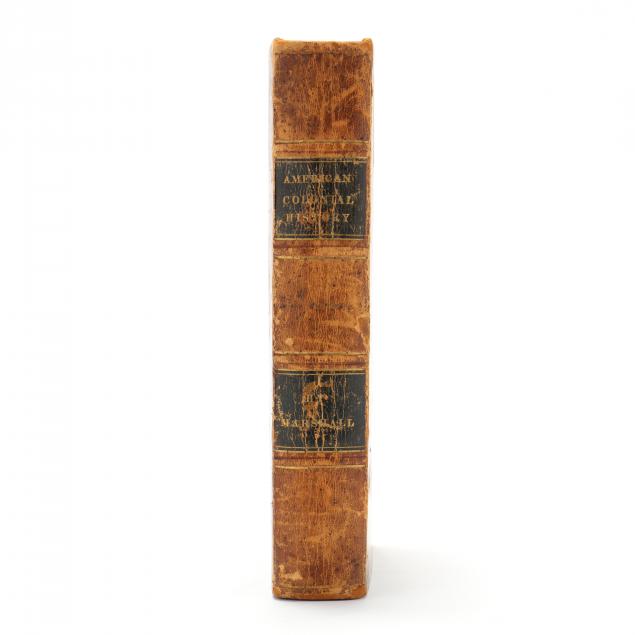 Lot 3247
John Marshall's American Colonial History
Lot Details & Additional Photographs
Marshall, John. A History of the Colonies Planted by the English on the Continent of North America From Their Settlement, to the Commencement of That War Which Terminated in Their Independence. (Philadelphia: Abraham Small, 1824), octavo (9 in.), full calf with gilt title plate on spine, marbled endpapers.

This book was originlly bought from Charlotte, NC bookseller Daniel Gould according to his plate on the inside top board. A second owner notes on a detached flyleaf that he acquired the book in 1835.

From a Statesville, North Carolina Estate

Wear to boards with some looseness to hinges; binding sound; foxing and damp stains throughout. Good condition. 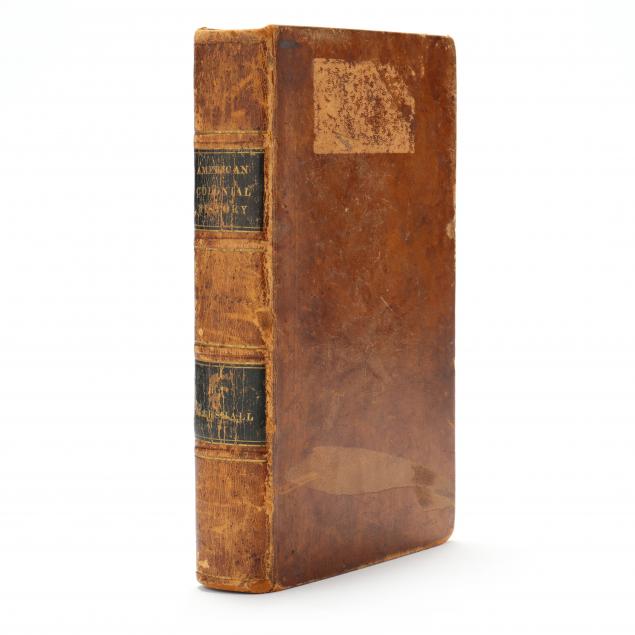 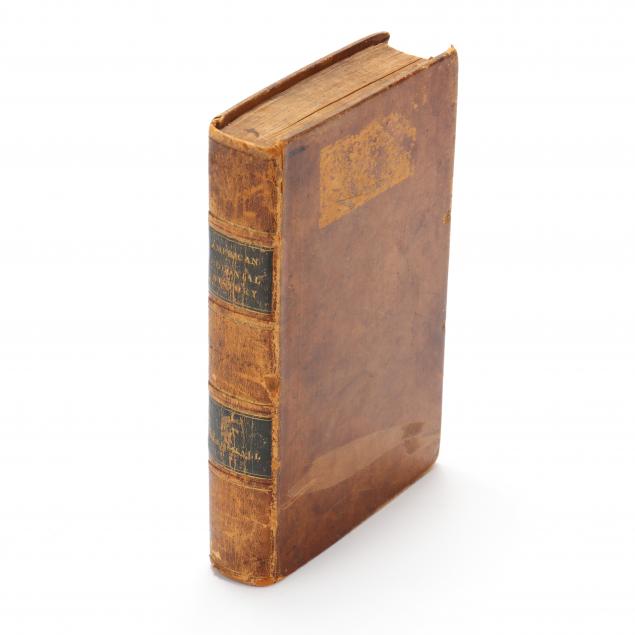 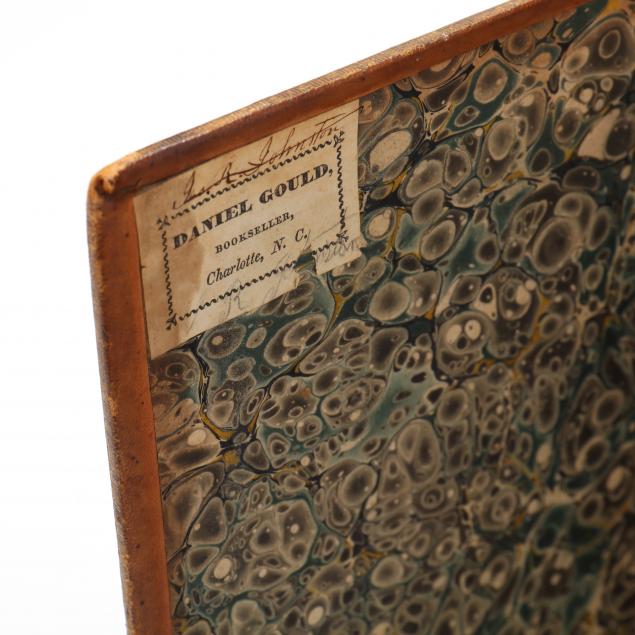 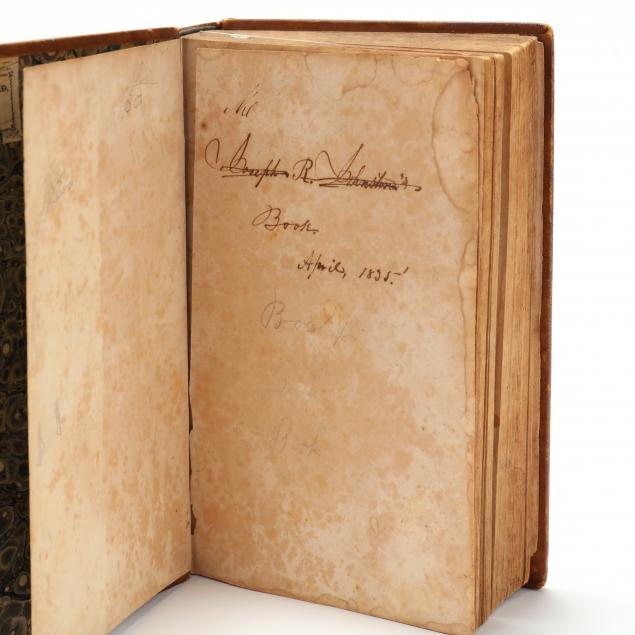 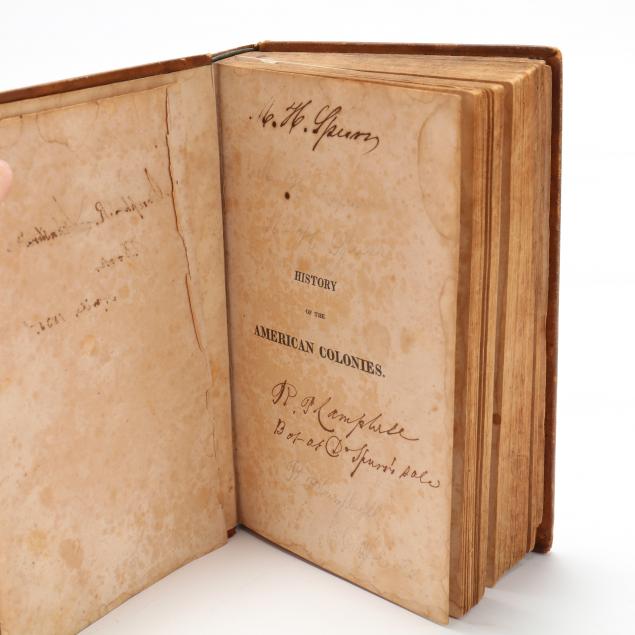 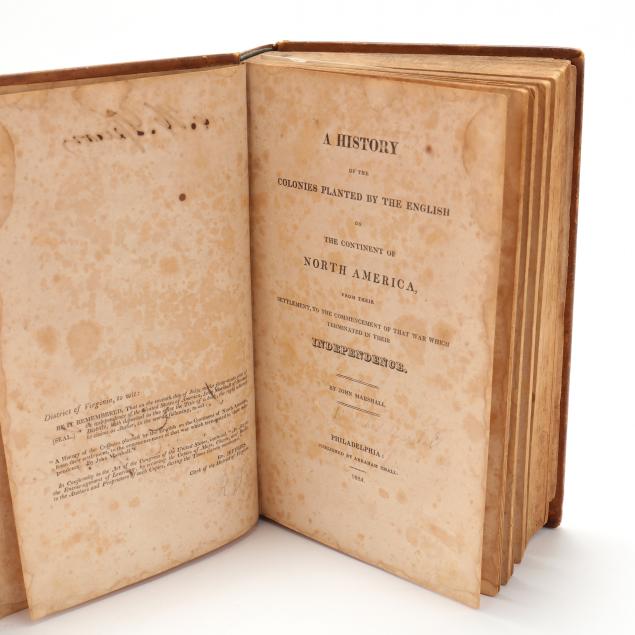 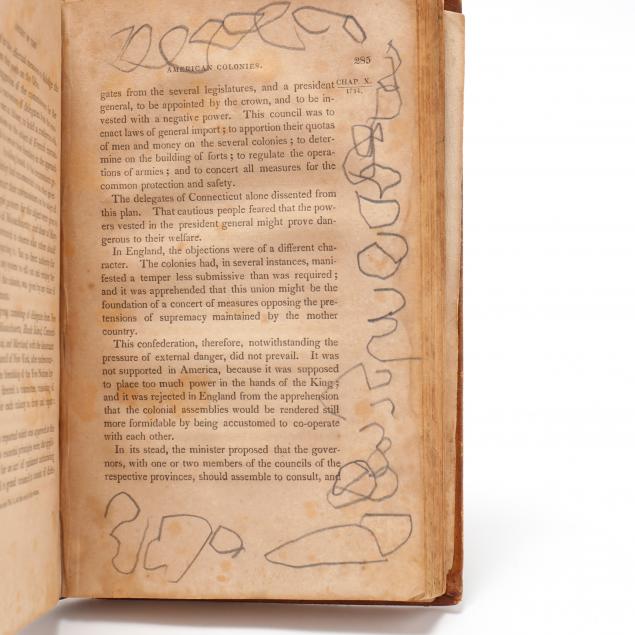 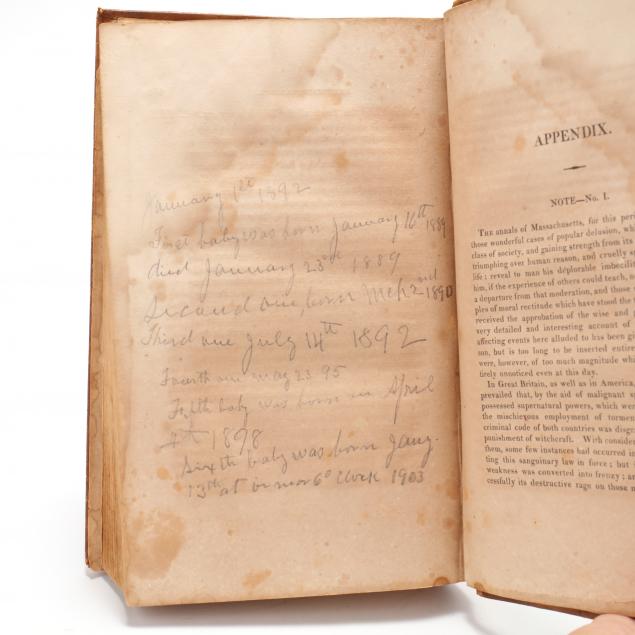