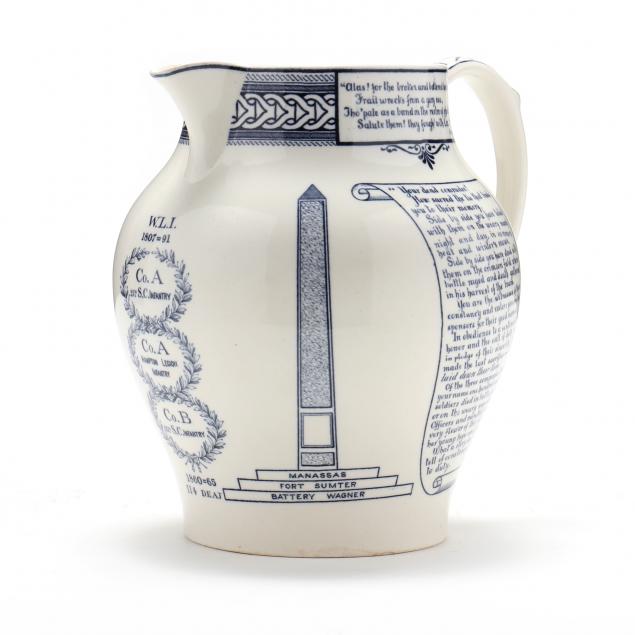 This pitcher names three W. L. I. companies that served the Confederacy and records their wartime losses as "114 DEAD" beneath the spout. Additional decoration includes the Washington Light Infantry obelisk in Charleston, a scroll honoring the dead, two commemorative plaques, and a shot-torn Army of Northern Virginia battle flag.

Some light wear to underside; nearly as made. 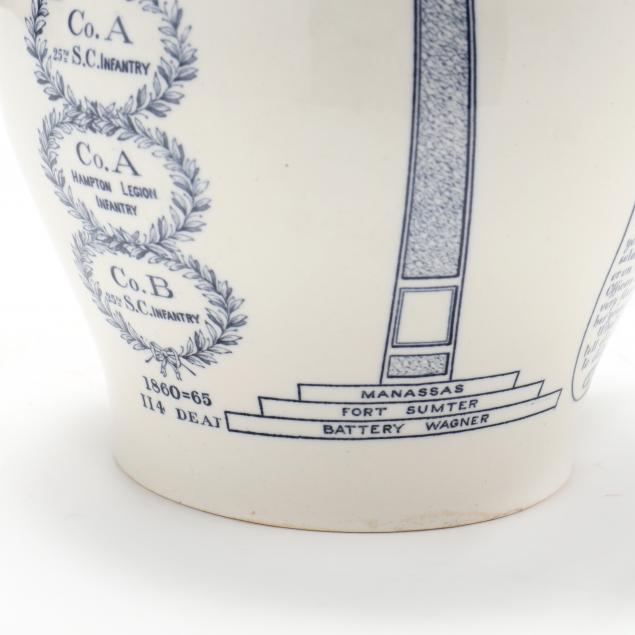 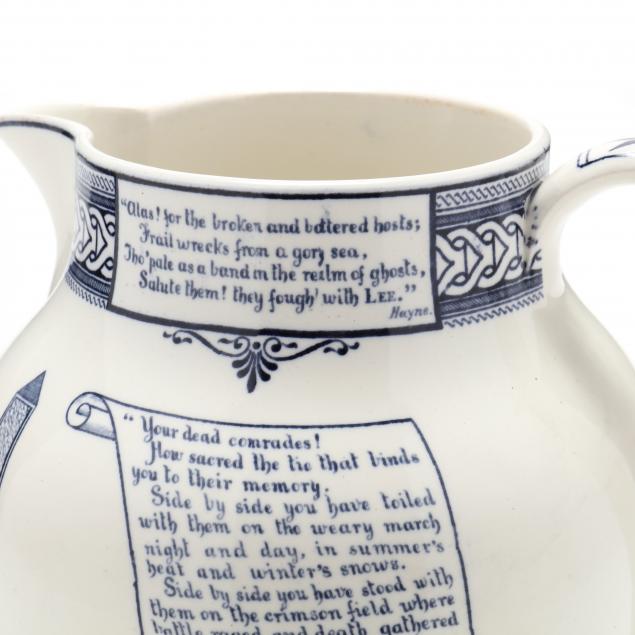 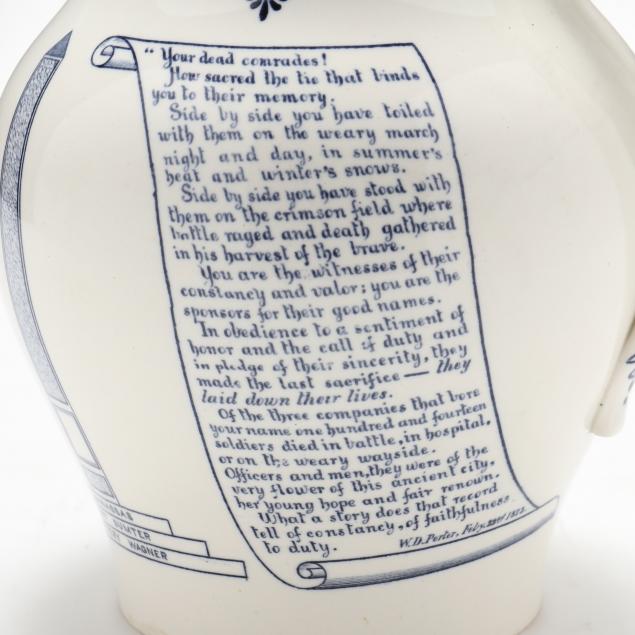 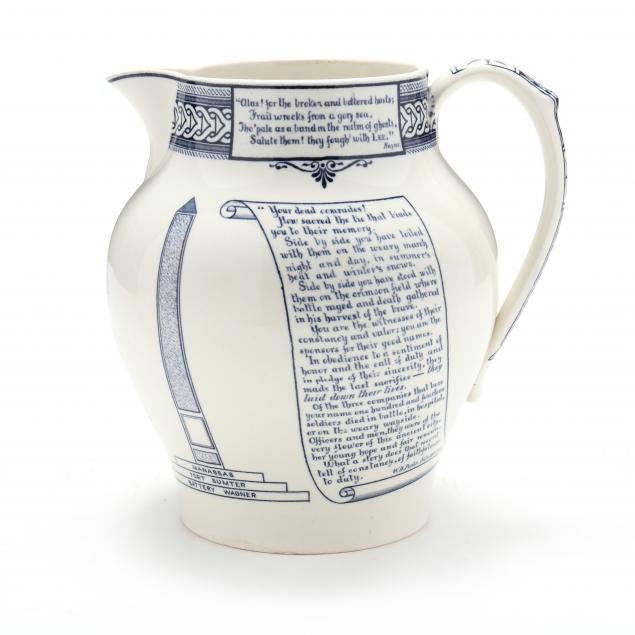 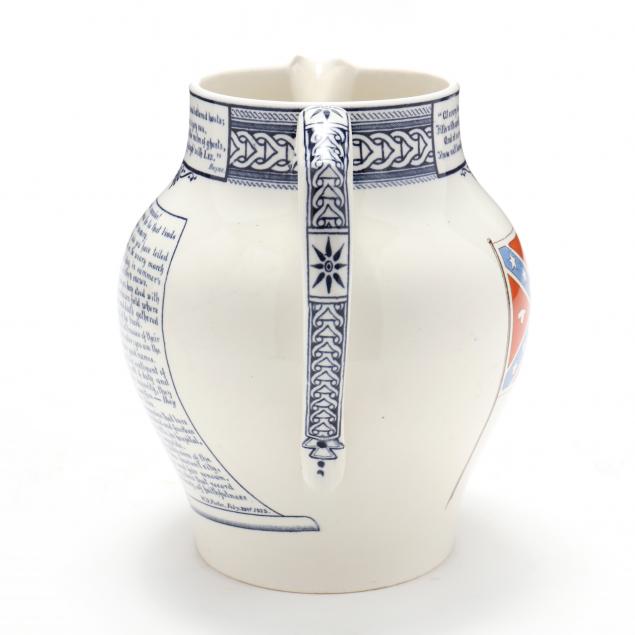 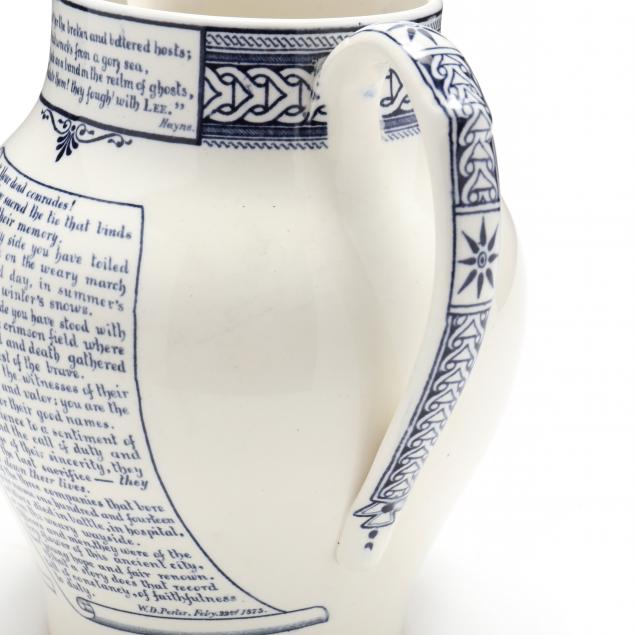 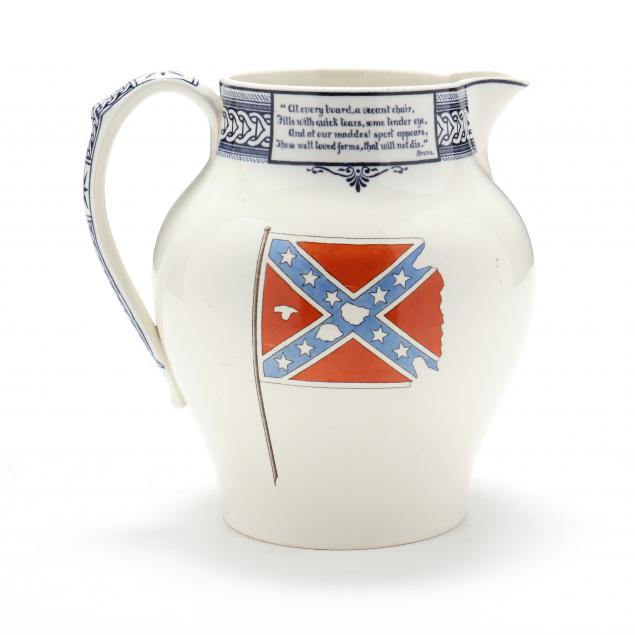 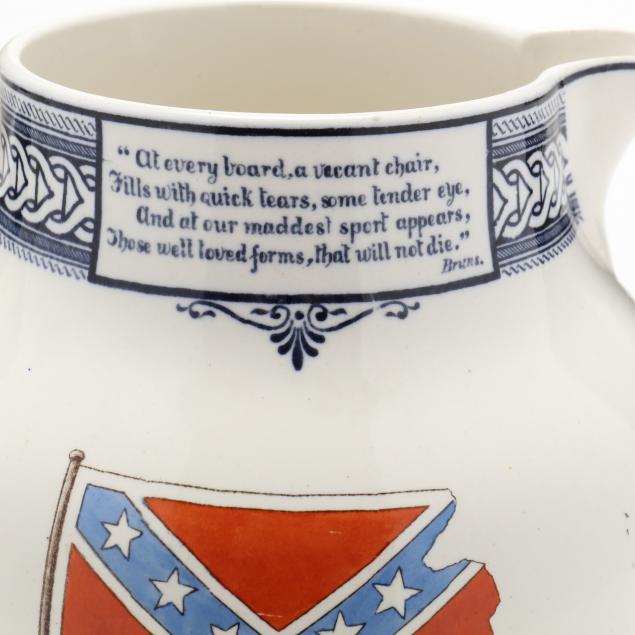 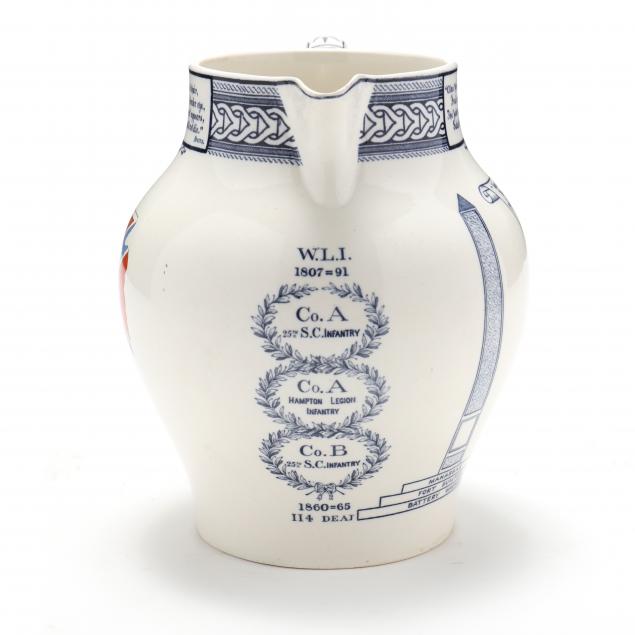 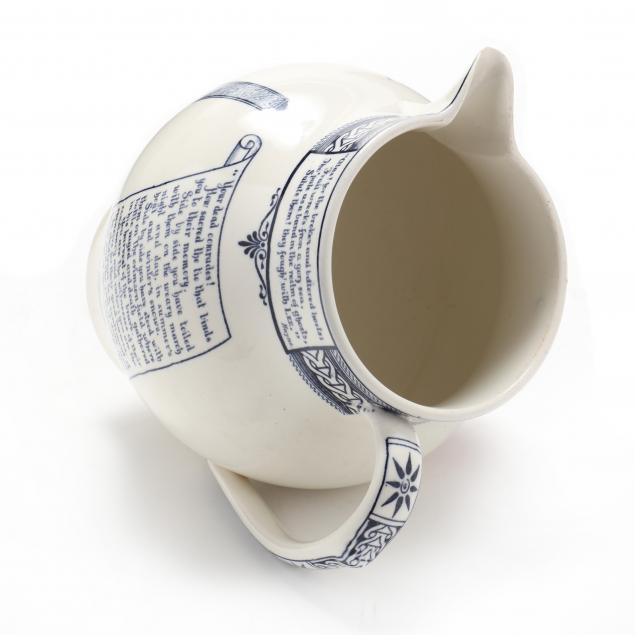 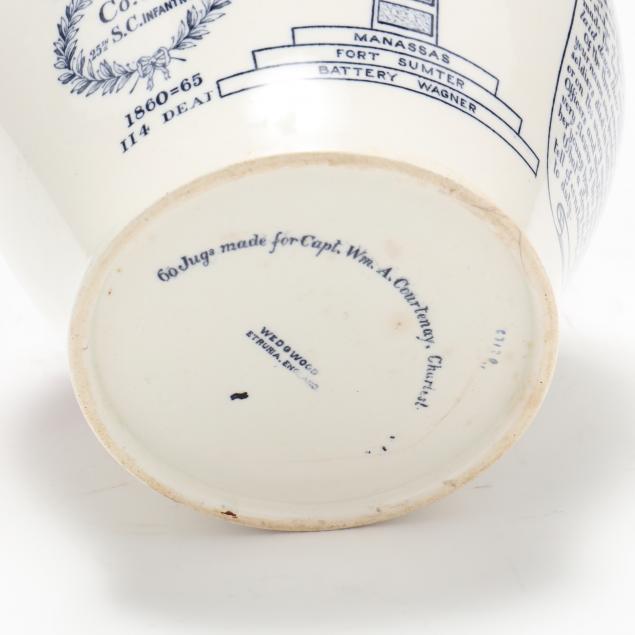 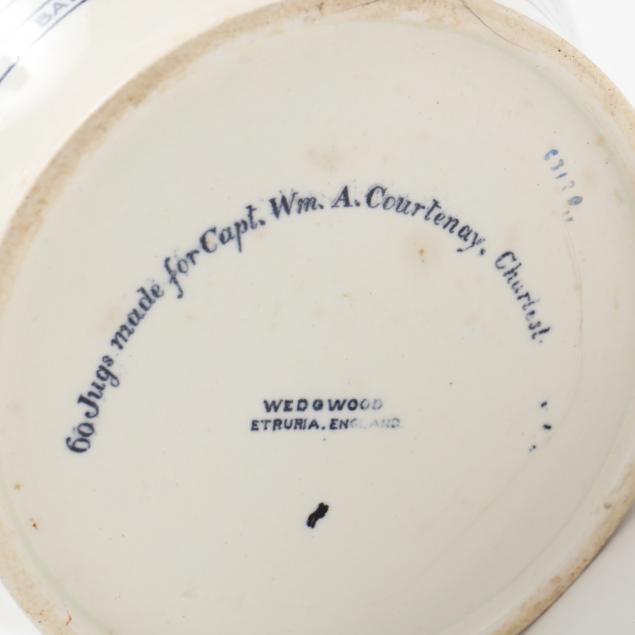