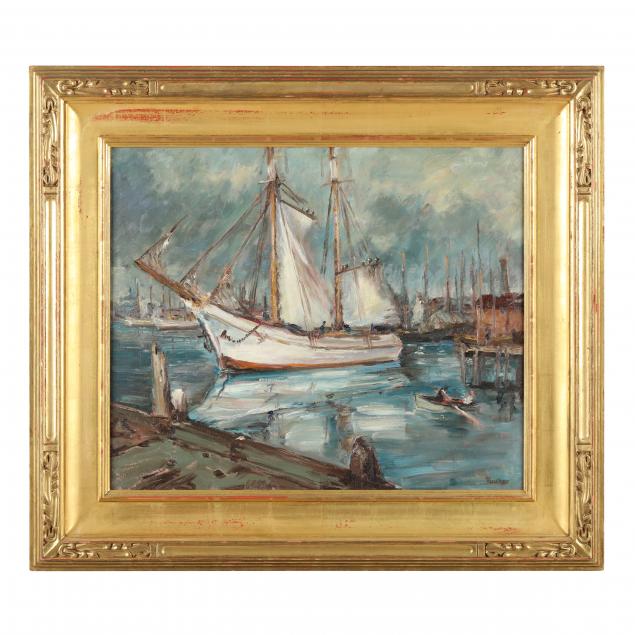 Max Kuehne was born in Germany and immigrated to the United States with his family in 1894. He began his formal art training in 1907 with William Merritt Chase and Kenneth Hayes Miller at the New York School of Art. He continued his studies at the National Academy of Design in New York and with Robert Henri.

After traveling throughout Europe on his bicyle, he returned to New York in 1911. He set up a studio in Greenwich Village. Most of his works from this period depict urban scenes of downtown as well as life along the East River.

In 1912, Kuehne fist visited Gloucester, Massachusetts. This city, along with nearby Cape Ann and Rockport, inspired his greatest work. He continued to travel to Europe, but would return to the coastal towns of Massachusetts every summer.

Paintings by Kuehne are in prominent collections such as The Barnes Foundation in Philadelphia, the Brooklyn Museum, The Metropolitan Museum of Art, The Museum of Modern Art and the Whitney Museum of American Art.

No evidence of retouch visible under UV light; minor rubbing to frame. 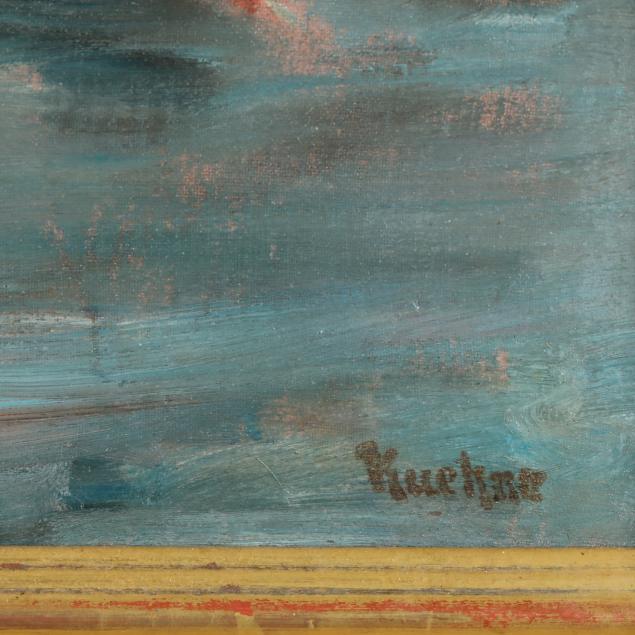 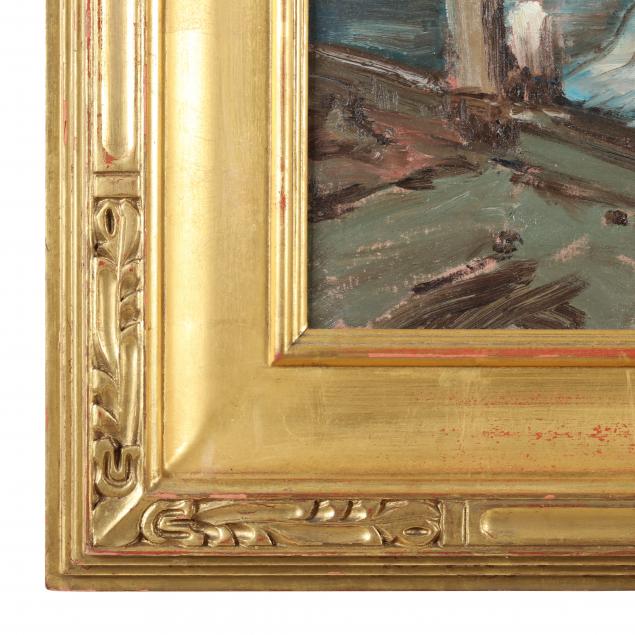 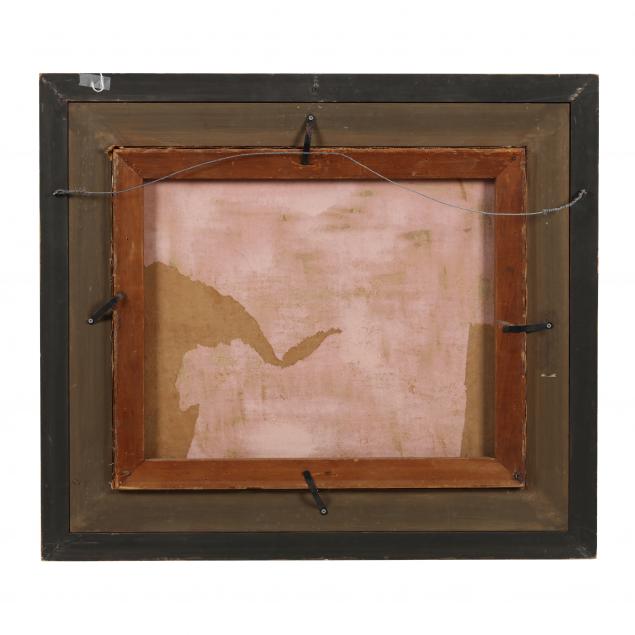