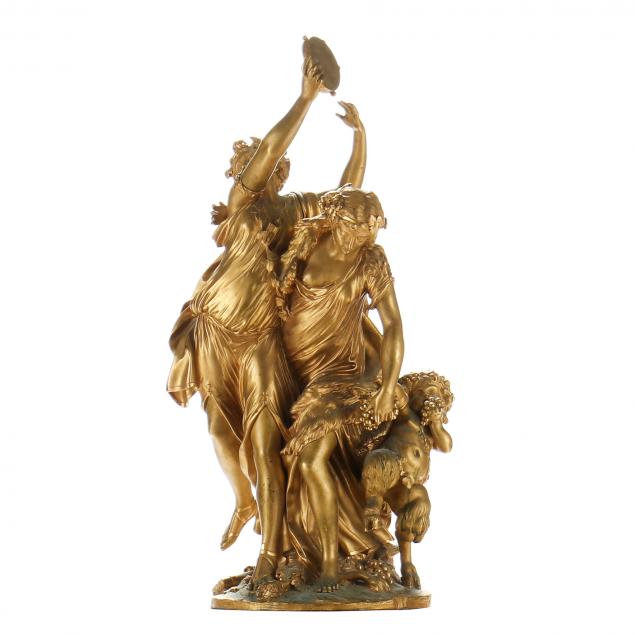 Clodion became one of the most well known figural sculptors of 18th century Rococo France, with preferred subject matter being nymphs, satyrs, bacchantes, and other Classical figures. In 1755, he trained in the workshop of his maternal uncle and sculptor Lambert-Sigisbert Adam (France, 1700-1759), and later in the studio of the renowned sculptor Jean-Baptiste Pigalle (France, 1714-1785). Quickly achieving his own success thereafter, Clodion was collected by an international clientele, counting Catherine II among his admirers. At the height of his career, he sculpted the relief on the Arc de Triomphe du Carrousel in Munich. Among his awards were the Prix de Rome, Grand Prize for Sculpture at the Académie Royale (1759), and the first Silver Medal for Studies from Models (1761).
Clodion's works are in numerous museum collections around the world, including the Art Institute of Chicago, the Courtauld Institute of Art (London), the Frick Collection (New York City), the Getty Museum (Los Angeles), the Louvre (Paris),the Metropolitan Museum of Art, among many others.

Overall good estate condition; some scattered rubbing and verdigris to gilt; some minor chipping and scuffs to marble. 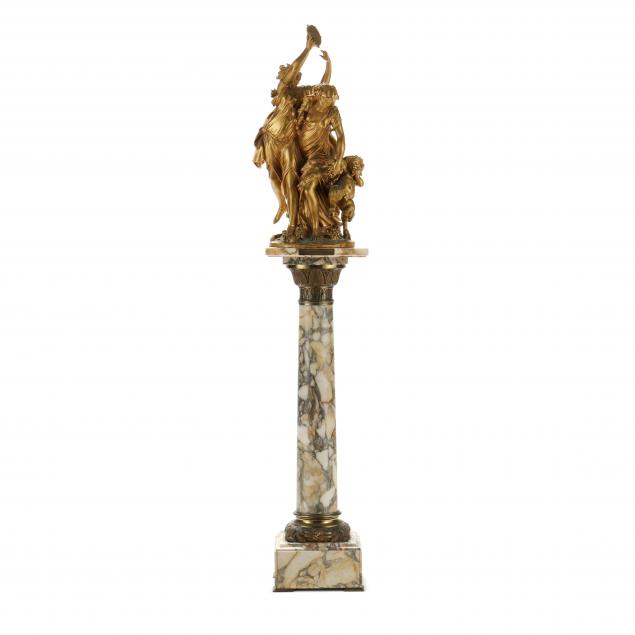 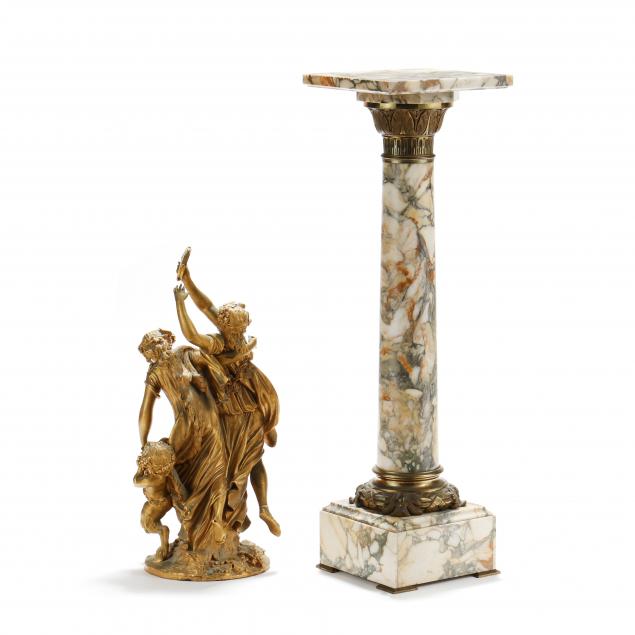 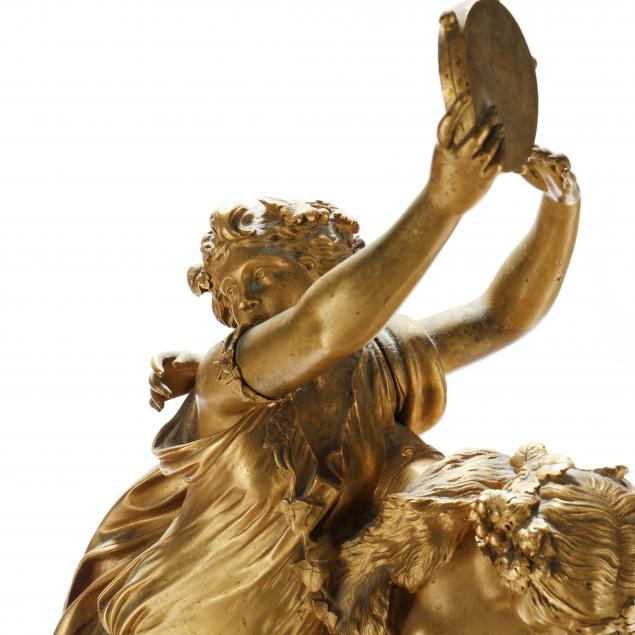 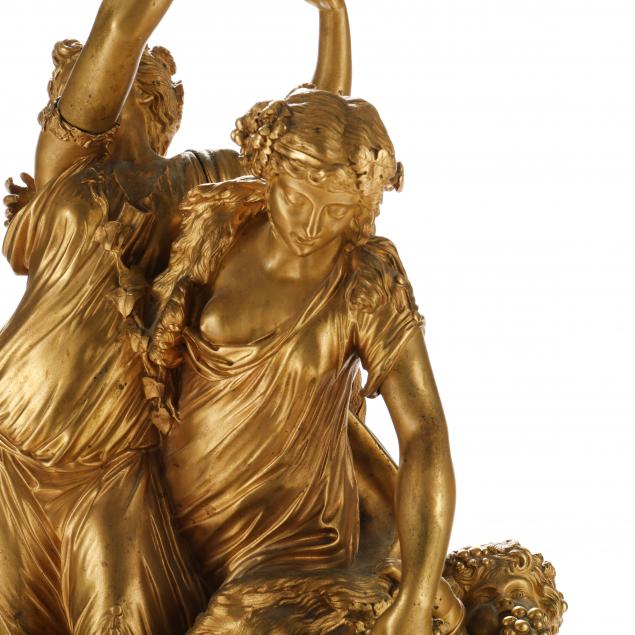 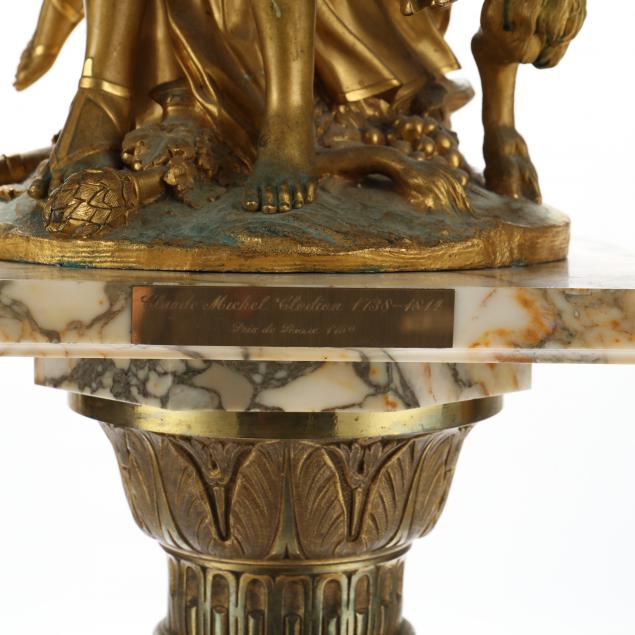 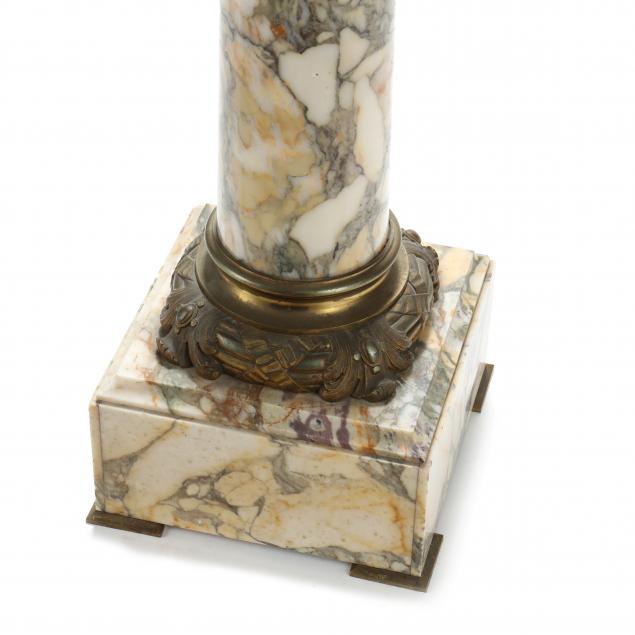 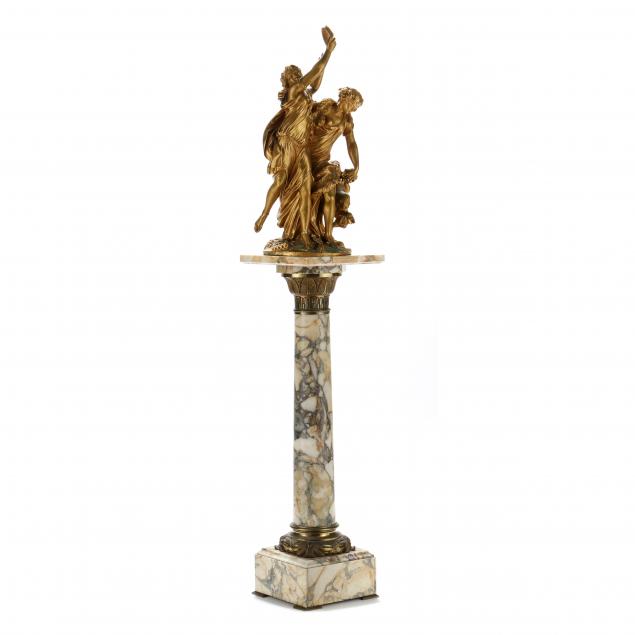 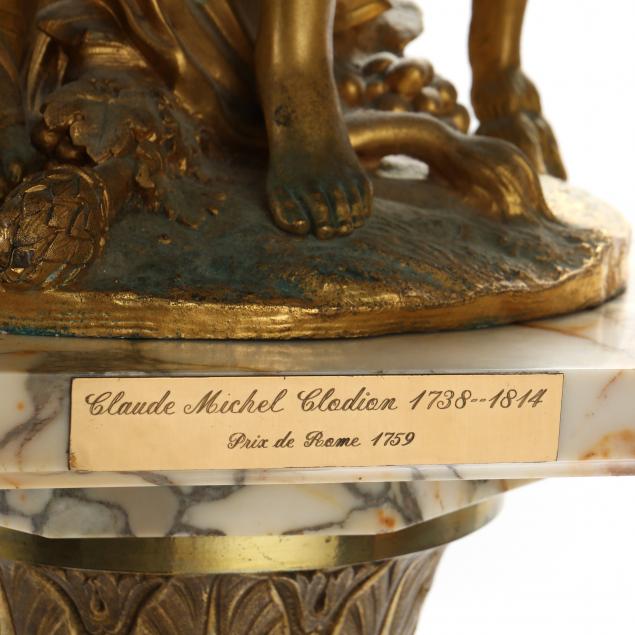 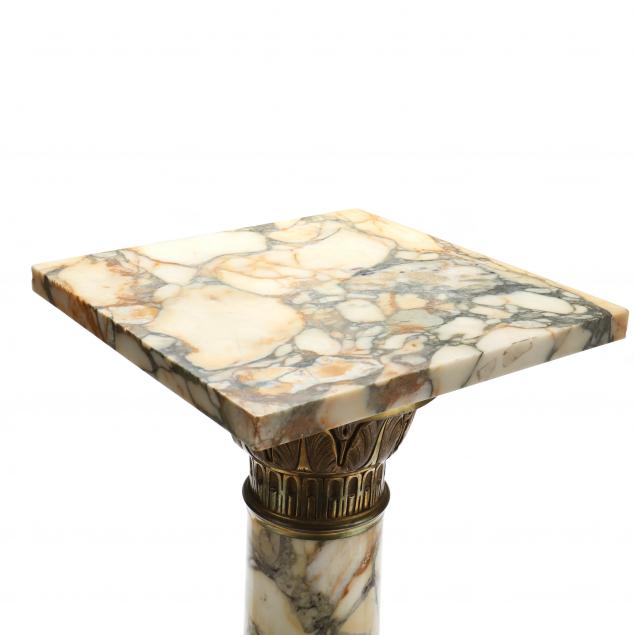 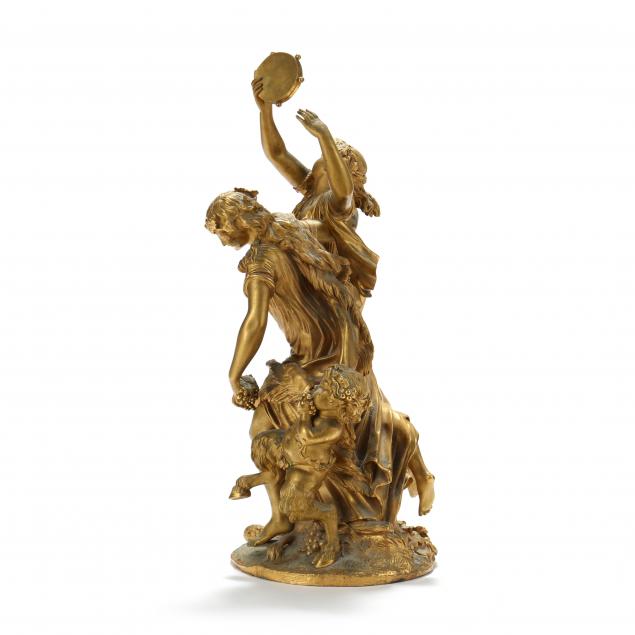 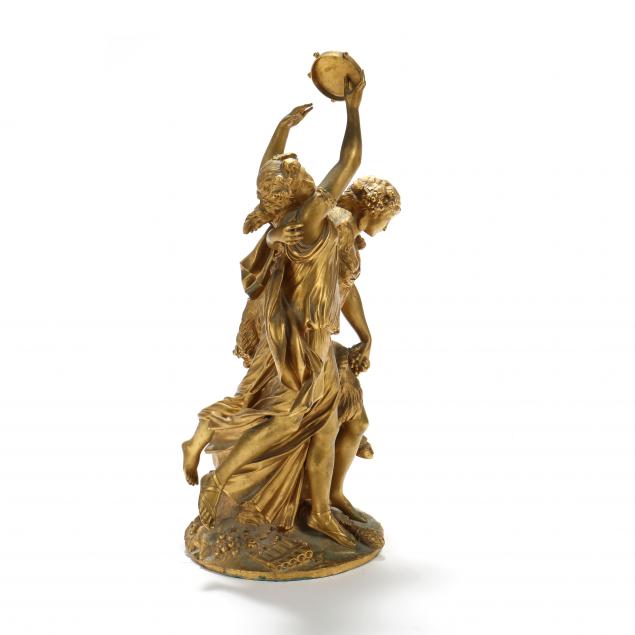 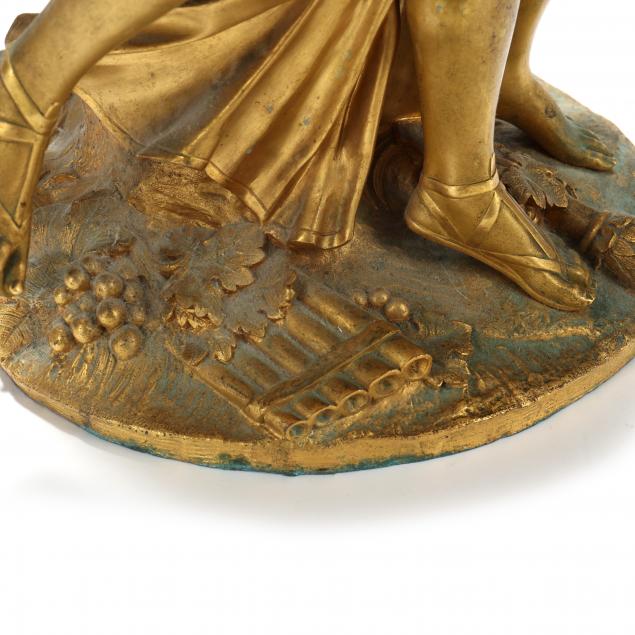 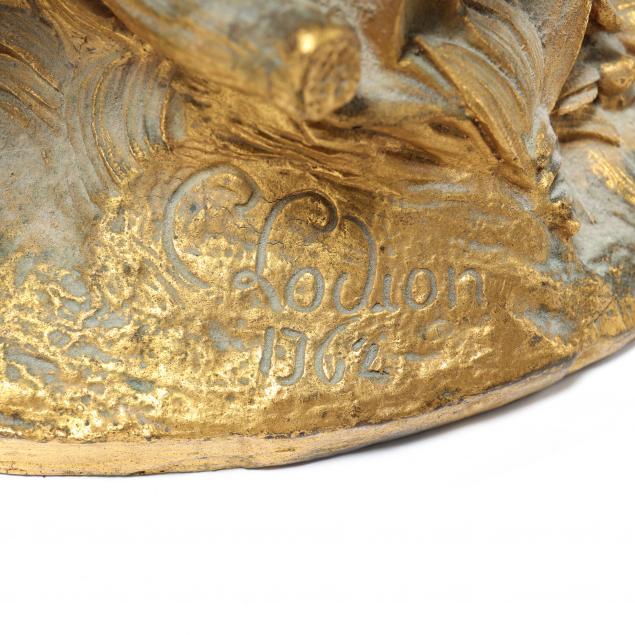 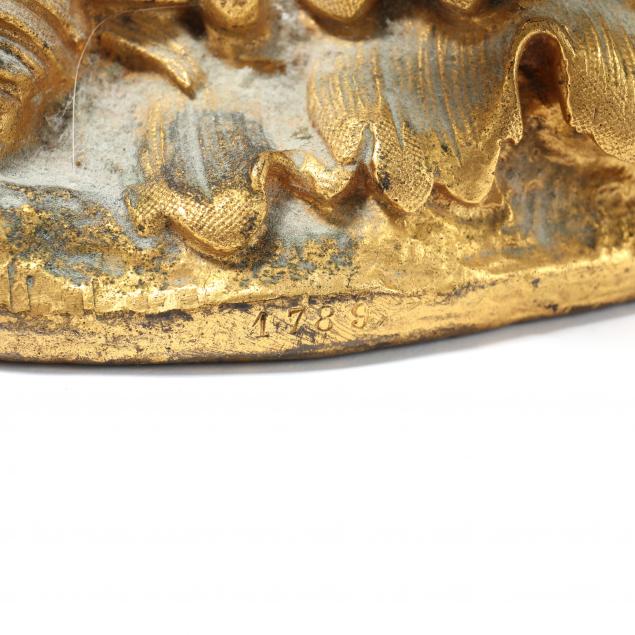 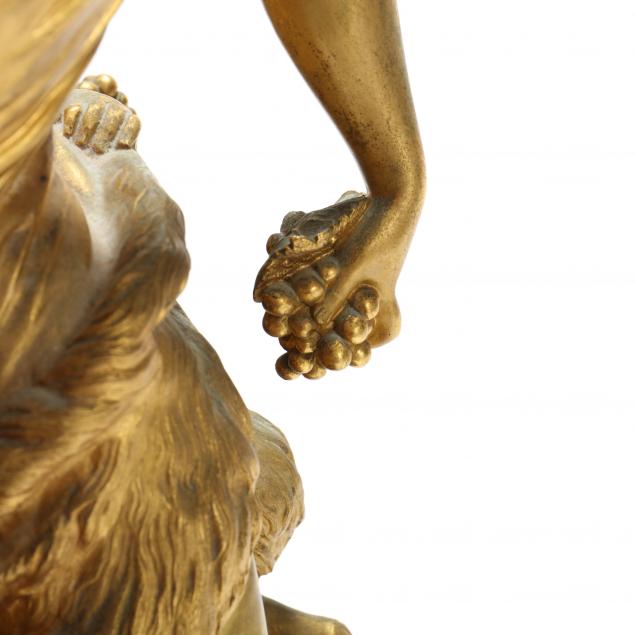 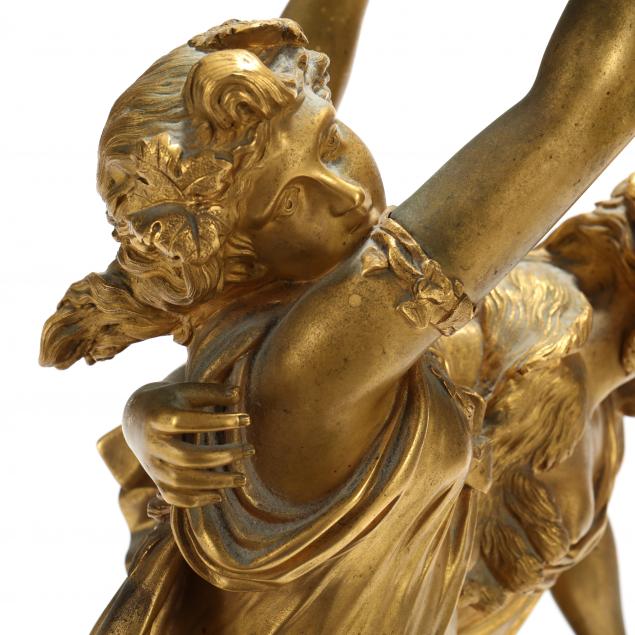 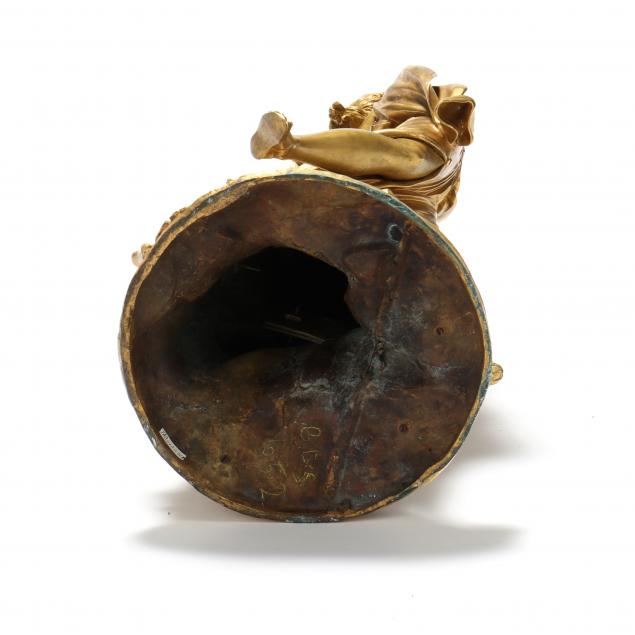 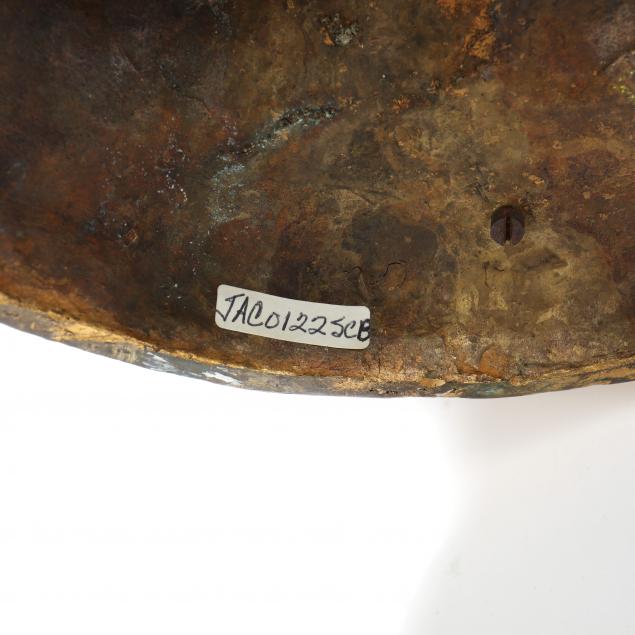